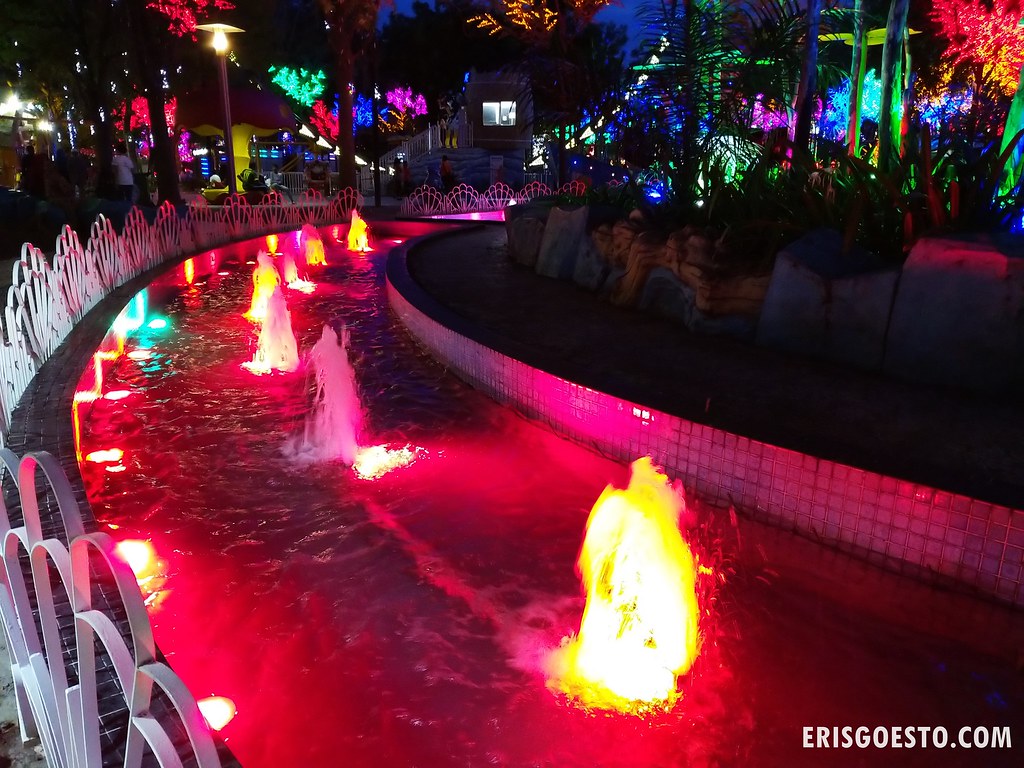 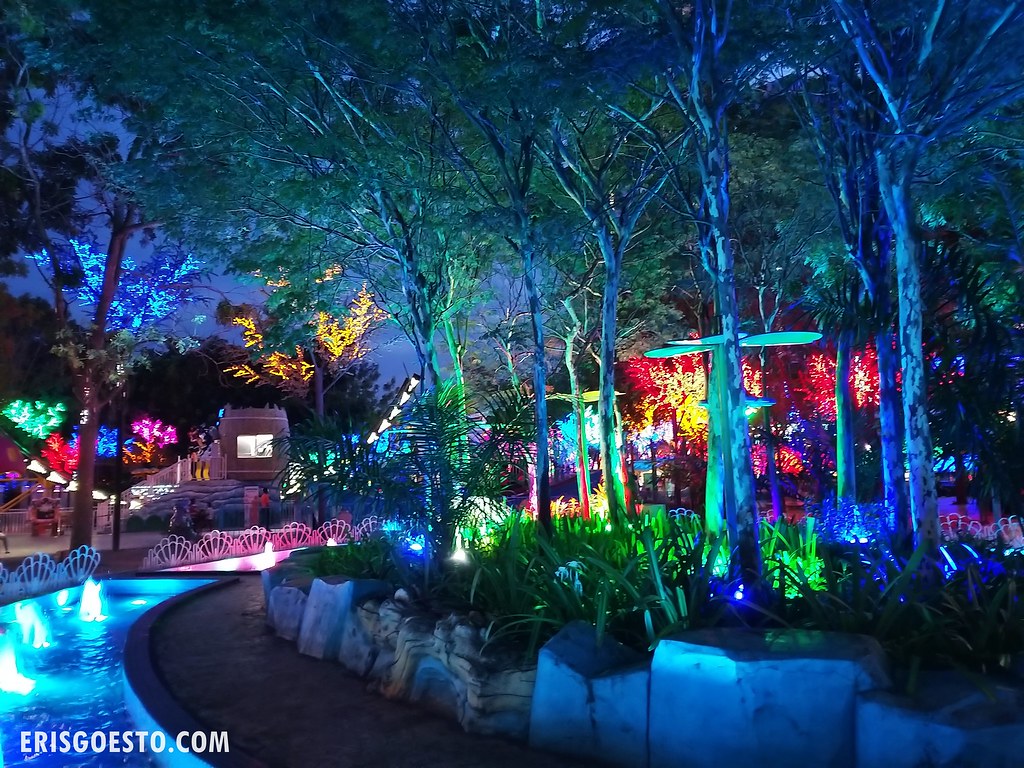 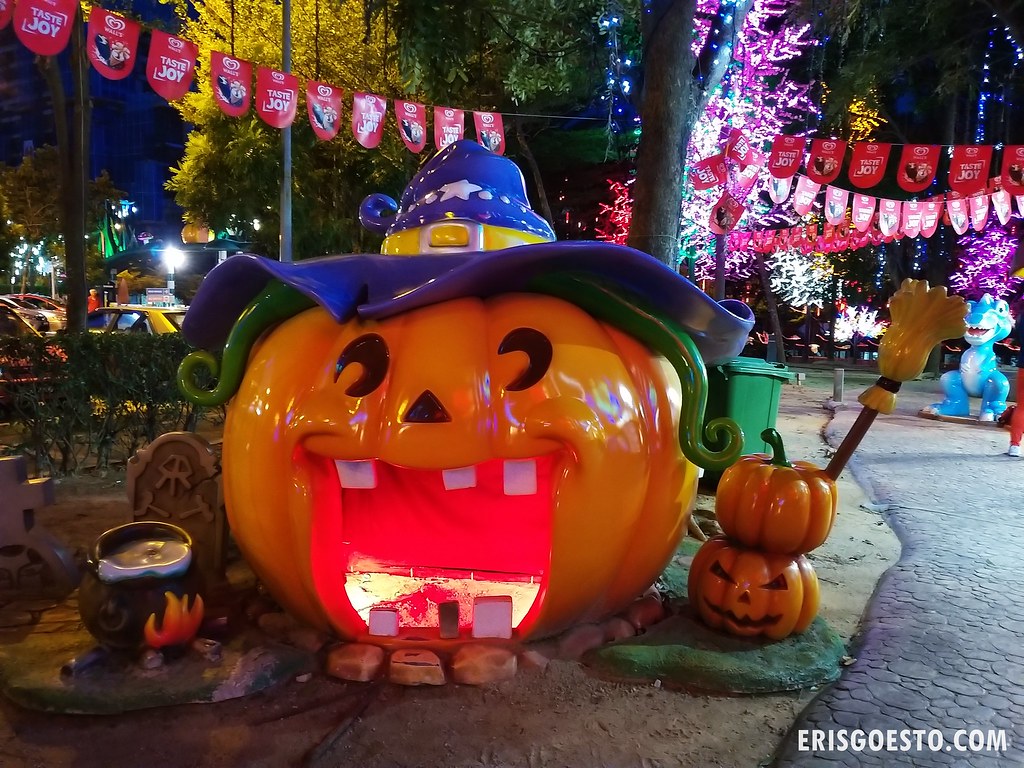 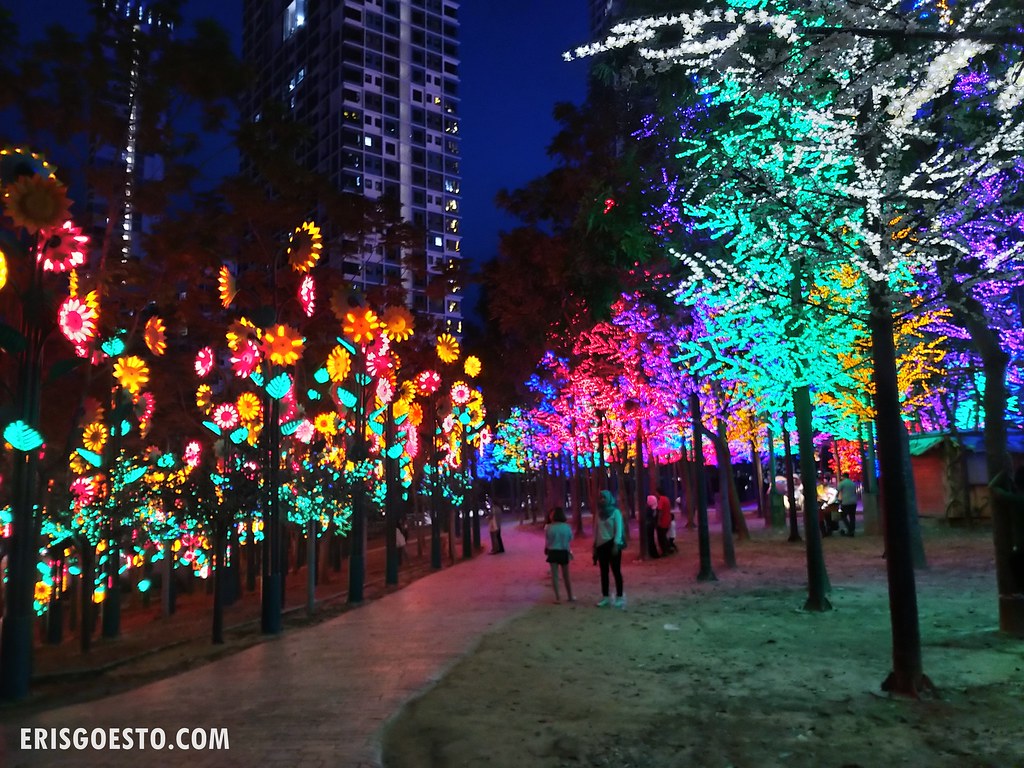 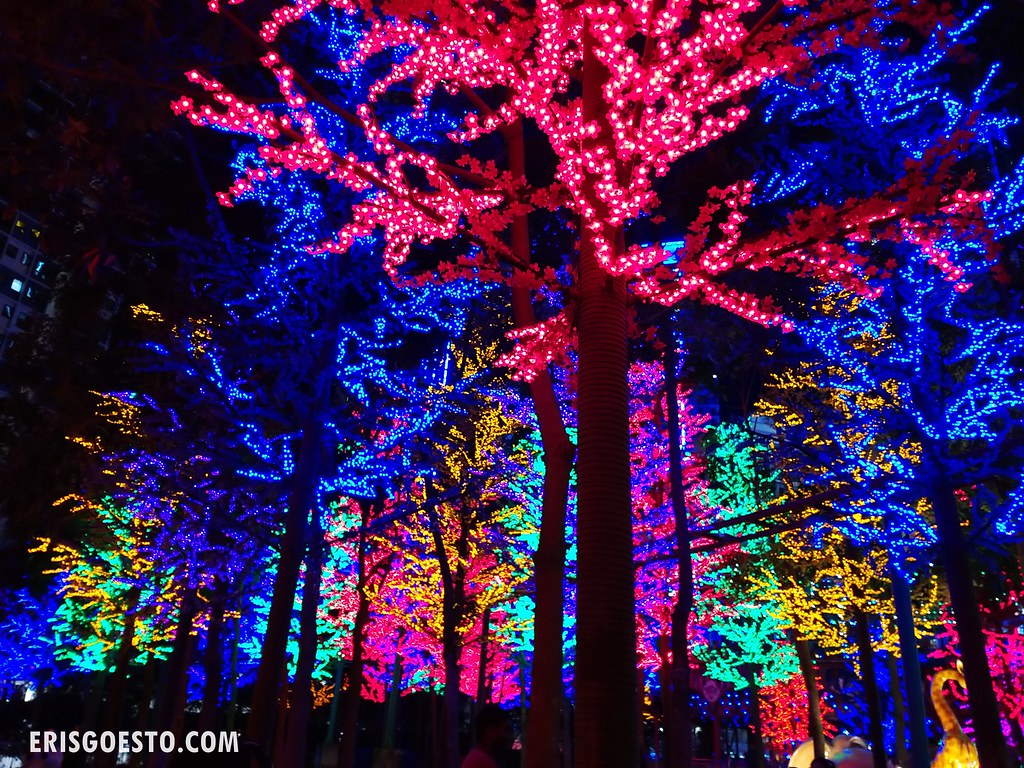 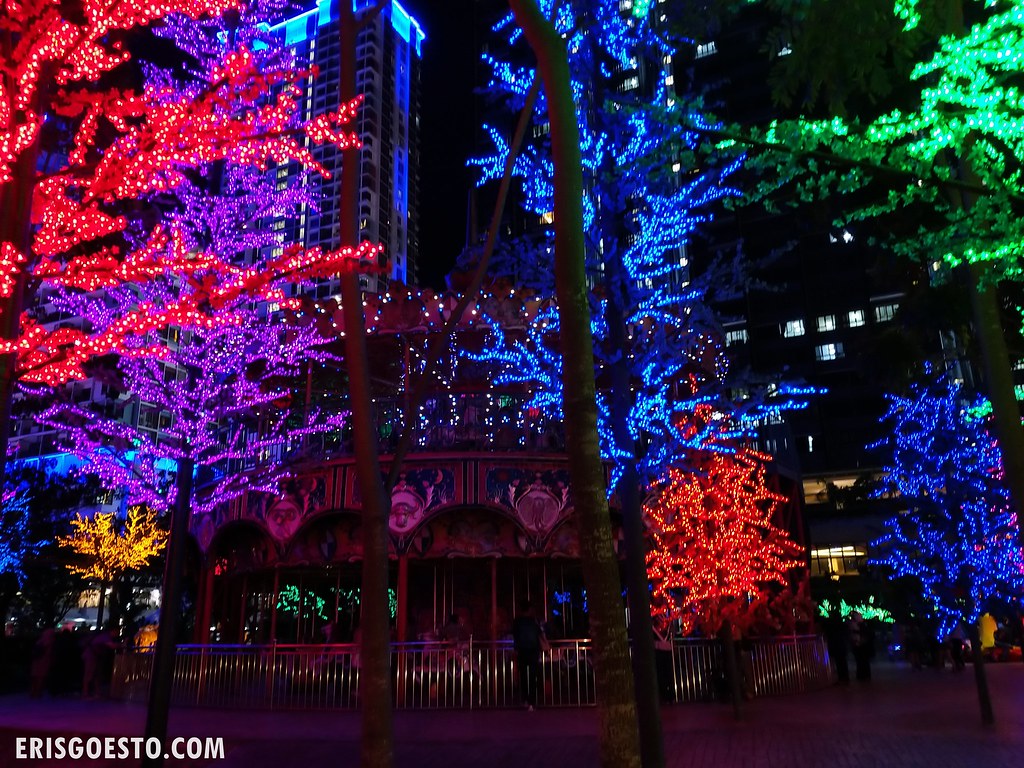 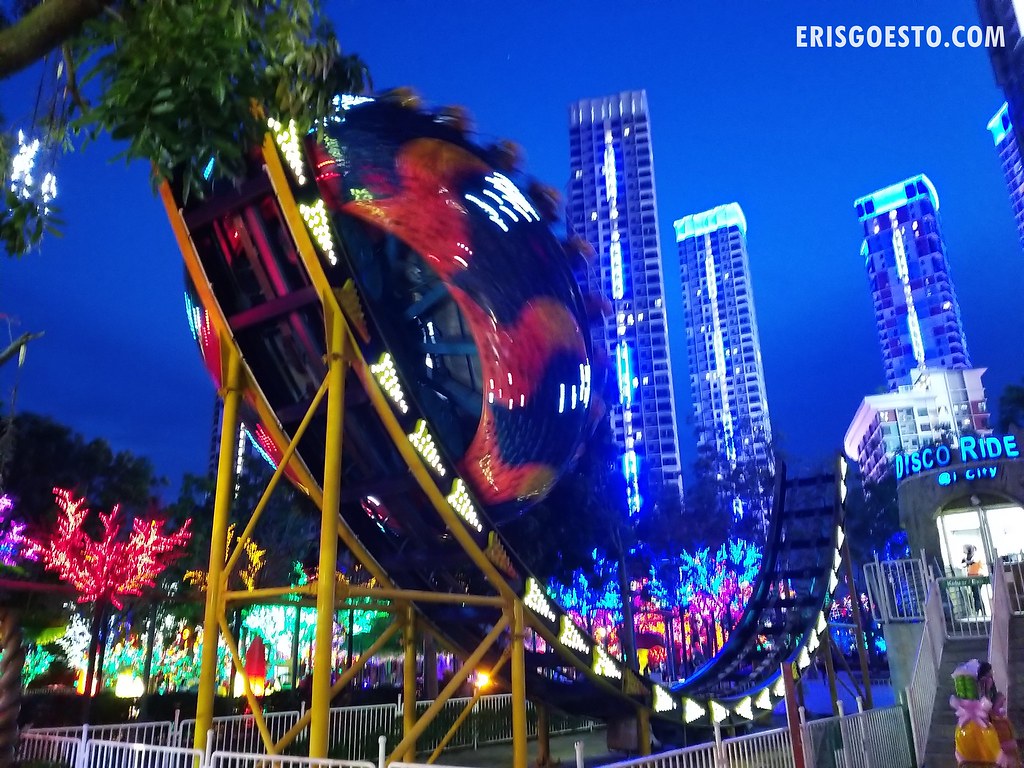 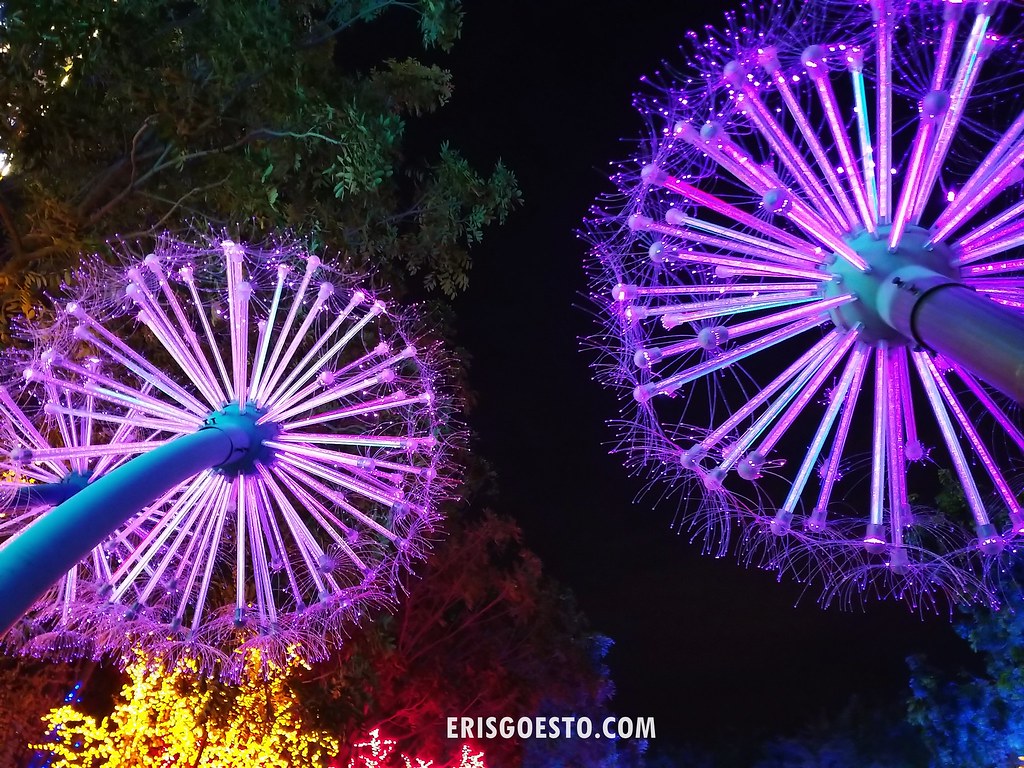 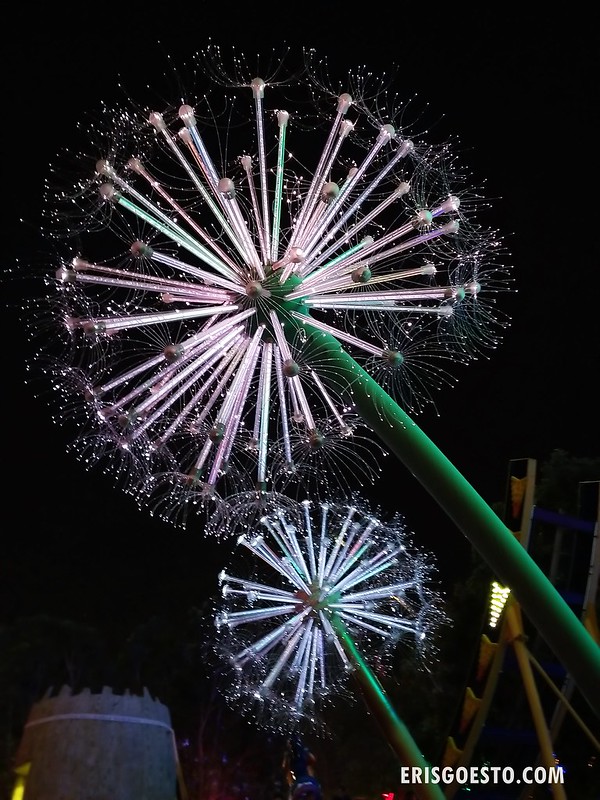 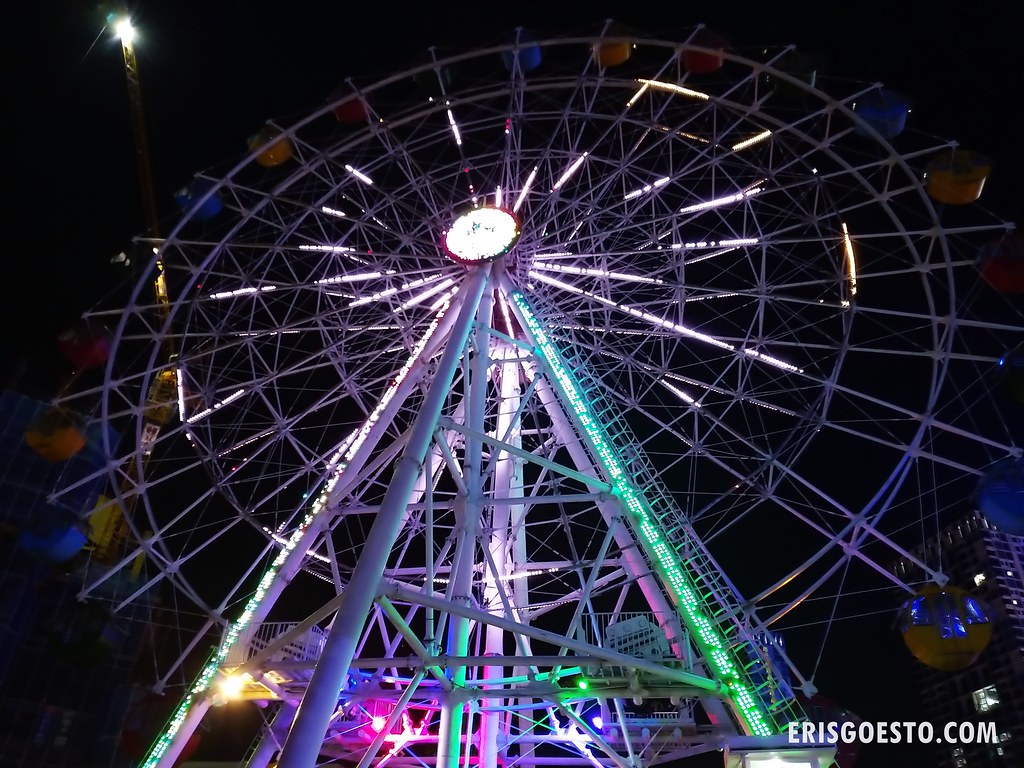 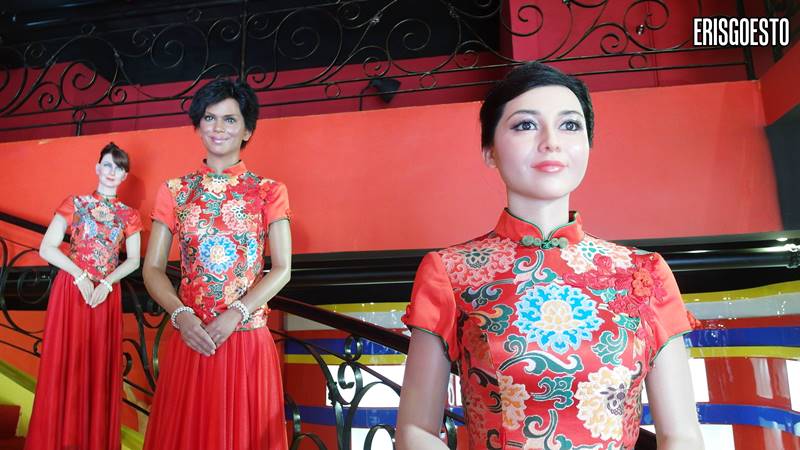 The only wax museum in Malaysia, Red Carpet@i-City, Shah Alam is modelled after an ‘Oscar awards’ setting, just like the one in Madame Tussauds all around the world. My first visit was a year ago when they first opened (the entry was >Rm100!), and they have added a couple of new exhibits this time around. The price is much more reasonable now at only Rm30 per ticket.. I guess they reduced it because nobody was going lol.

Anyway, I highly recommend coming on a weekday afternoon, because you have the whole place to yourself.

The wax figures aren’t very impressive as some do look like.. well, wax figures. But I know I can’t be comparing it to Madame Tussauds in London, which is THE standard for wax museums all over the world. Anyway, the place is not hard to locate within I-City; it’s the flashy fire-engine red building with lots of colourful, flashy stars. Once you enter, famous actresses dressed in cheongsam-dresses greet visitors. These are mechatronic and will bow periodically with a ‘welcome’.

The place is divided into small themed sections. On the landing going up, there is a Monkey King figure (featuring HK action star Donnie Yen in his latest fantasy flick), and Marilyn Monroe who is only recognisable by her dress. Once you enter the actual exhibition area, the first section is dedicated to political leaders from all over the world.

On a podium is Obama(left), next to Russian president Vladimir Putin.

Some other notable figures include Mao Zedong, Yasser Arafat, Kofi Annan, the ex-Pope, and our very own Tunku Abdul Rahman(center). 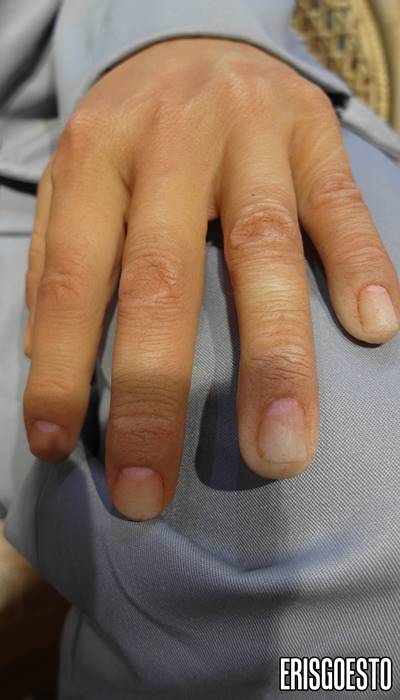 Some of the wax detailing seems to be fading a little, coz the ‘skin’ looked patchy in places, but otherwise the hands were realistic with curves, grooves and tiny indentations in them.

Movie stars. Not just from Hollywood but from Asia as well like Andy Lau (far left).

In a random room, an alien.

And just before leaving, the Governator.

Verdict: At Rm35, I guess it’s pretty affordable and there are ample wax figures to take pix with. 😀 If you’re a foreigner, it’s gonna cost you triple though at Rm100 per ticket.

Business hours: Open daily from 10am to Midnight (until 1 am at Weekends and Public/School Holidays).

We continue our exploration of the various attractions around i-City: namely the House of Horror and a new addition, the Space Mission. First things first, some spooks!

Unlike Scream Park in Sunway Lagoon which has actual actors in it, the House of Horror relies solely on atmosphere and mechatronics. Since it’s located in a double-storey shoplot, you have to climb the stairs to get to the entrance. Once you enter, you’ll be greeted by low creepy lighting and some skeleton/cobweb props. When we visited that afternoon, the place was completely empty, which kinda added to the creepy factor.

As you make your way through the exhibits, sensors detect your presence and will trigger the appropriate mechatronics to move or make noises. After the quiet ambience, this sudden loud explosion of noise can make you jump. Mum and I ended up walking through the whole thing with our fingers stuffed in our ears, because we both disliked sudden loud noises.

Apart from some regular ghosts and ghouls like the Headless Horseman, they also incorporated some local flavour with things like the Pontianak (a local female vampire) and Pocong (corpse).

Overall, the ambience isn’t spooky per se, but visitors are kept on their toes in anticipation for the next cheap scare. If I were to compare Scream Park with House of Horror, the former is much better because it is not only interactive, but they also have trained staff and realistic setups that can scare the bejeesus out of you.

Ticket price: RM15. Not worth the hefty price tag, but if you’re REALLY bored…

We moved on to the Space Mission, supposedly a new attraction designed to emulate a ‘space adventure’. What we got was basically a boring walk-through a cold, empty hall with a couple of exhibits bathed in blue light. There was virtually no interactivity, other than the odd robot or panel emitting some noise. I thought we could have at least interacted with the ‘boards’ which were done like a space ship panel, but no – they were simply boards with lights behind them. No buttons, no nothing. 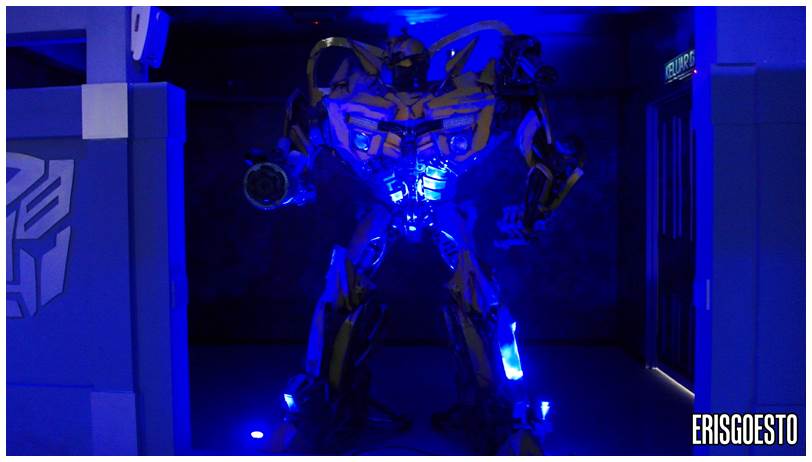 They ripped off Transformers with a badly done Bumblebee replica.. I wonder if Universal Studios licensed this?

“Alien section” with non-moving alien replicas. To be fair, these were done pretty well, but they were just statues, so… I guess kids would love them. 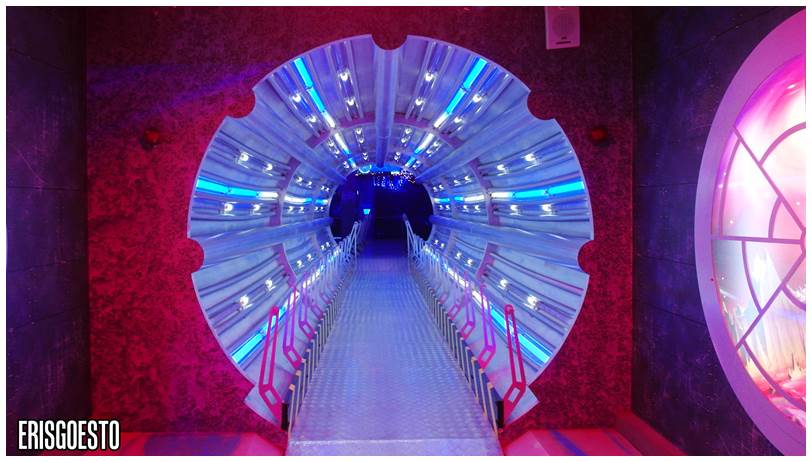 The nicest part in this entire attraction – A tunnel of ‘running’ lights.

Avatar and the Tree of Life or whatever you call it… they actually had boobs and nipples. I mean, wouldn’t the religious authorities come swooping down on them for indecent portrayal of statues? *inside joke*

There was a ‘ride’ which took us through another area. It was really slow , and the only difference was that I could sit instead of walk lol. The ride was less than 2 minutes and involved looking at more static exhibits.

Finally some touchscreen quizzes… but do they not proofread?

It’s quite a ripoff, because we were out in like 15 minutes. It would have been better if it was more well thought out and had more interactivity. Not worth the entry price.

HOW is it like to be one of the first guests at a brand spanking new hotel? Interesting, to say the least! We were invited to a media getaway at I-City Shah Alam‘s new three-star hotel, the Best Western, with a complimentary night’s stay and free buffet meals. Since I was allowed to bring a guest, I had my mum tag along, even though my house isn’t that far away from Shah Alam. At least we got to sleep in a comfortable and spacious room with fluffy pillows and comforters and cold air conditioning.

As part of our trip, we were also given free reign of the various attractions within I-City.

To those who haven’t been here before, I-City is a theme park of sorts with rides, places of visit and other stuff all under one roof. It is particularly popular for itsforest of LED trees at night – but has since opened many more attractions, including the Trick Art Museum – which was our first stop of the day. 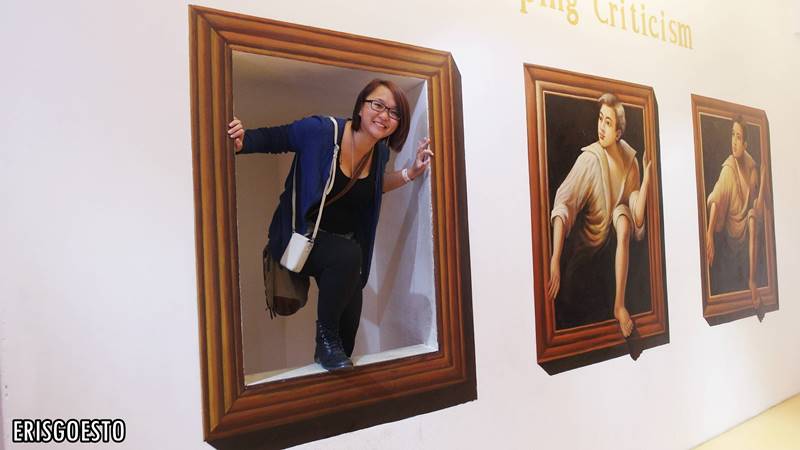 The place is divided into five sections over two storeys of 3D-paintings, designed to look like they are ‘popping’ out of the wall. The five theme are Masterpieces, Egyptian, Marine Life, Animal Kingdom and Modern Classics. Some of the famous paintings you will see include the Mona Lisa and The Scream. There are helpful photos next to each painting for visitors to refer on how to take the perfect 3D-looking pic.

I think youngsters and families would enjoy the place, since you can be as creative as you want with the pictures. You don’t necessarily have to follow the examples given! When we went it was afternoon so there wasn’t much of a crowd so we could take our time, but I imagined it would be a long wait if it was busy. 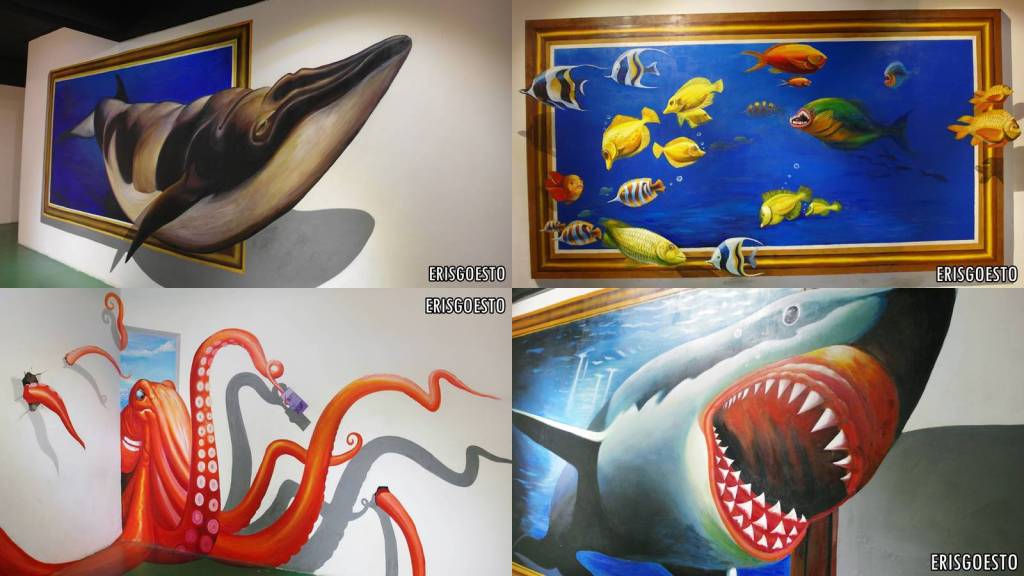 Upstairs where all the other themes are located and jumbled together. Some of the paintings didn’t look very 3D though. 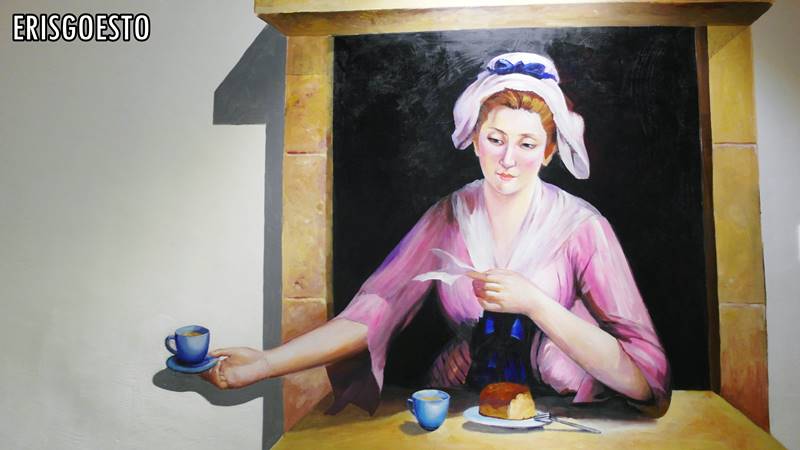 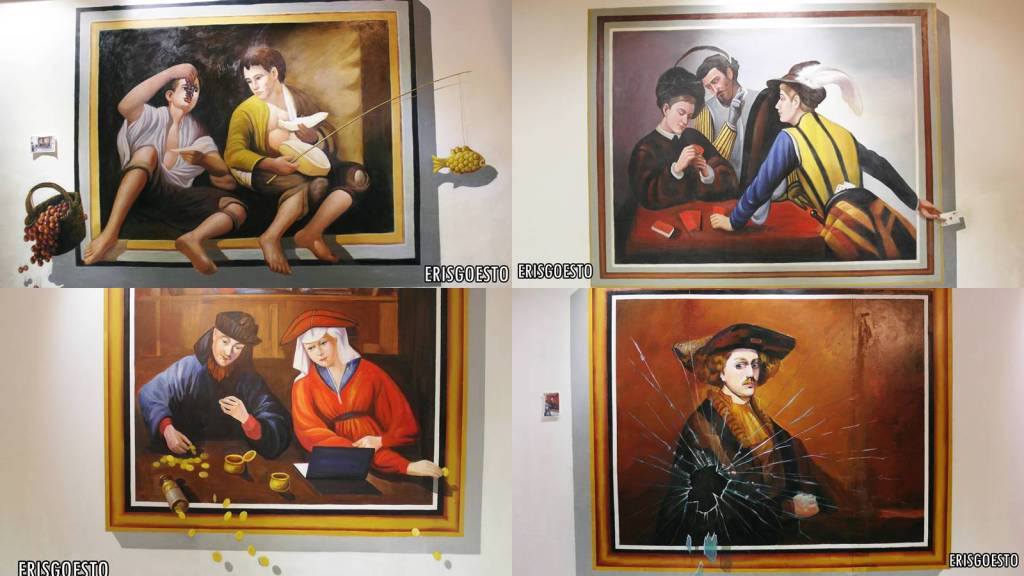 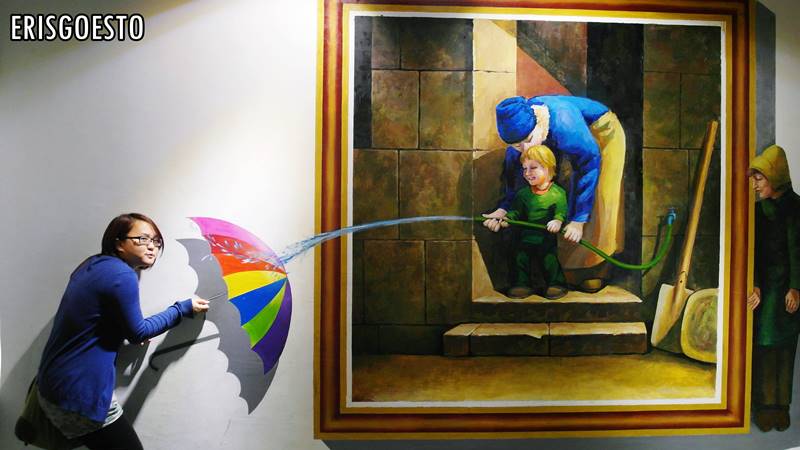 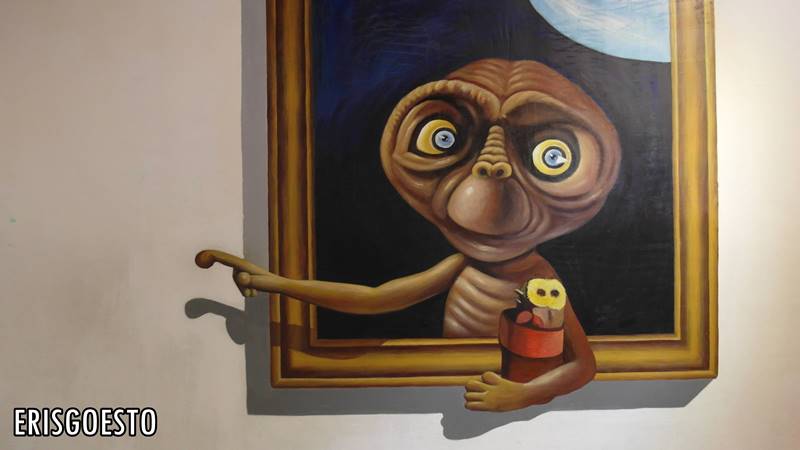 There were even some famous movie characters, like ET, King Kong, Spiderman, The Mummy and Batman.

Entry tickets are priced at RM10 per person. It’s a unique concept, but there aren’t like a tonneload of exhibits on display. We were out in less than 30 minutes. But if you have families with small kids, or teens, could be a nice place to go to for the weekend + visit other attractions in the area. 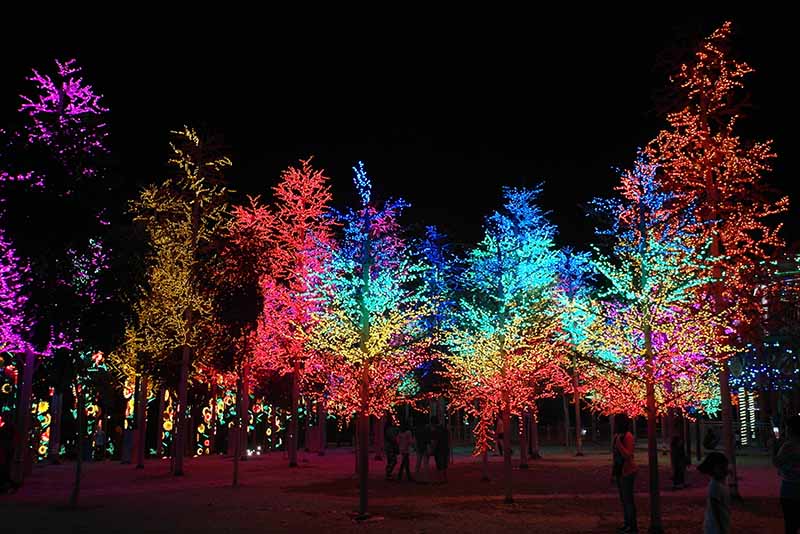 I’ve been to I-City a few times before, but it’s still a place I’d bring guests to visit whenever they’re in Malaysia. Situated in Shah Alam, the amusement park of sorts comes to life at night with brightly coloured neon lights on real and artificial trees. Some are designed to look like the Winter Sonata trees pavilion on Nami Island in Korea. 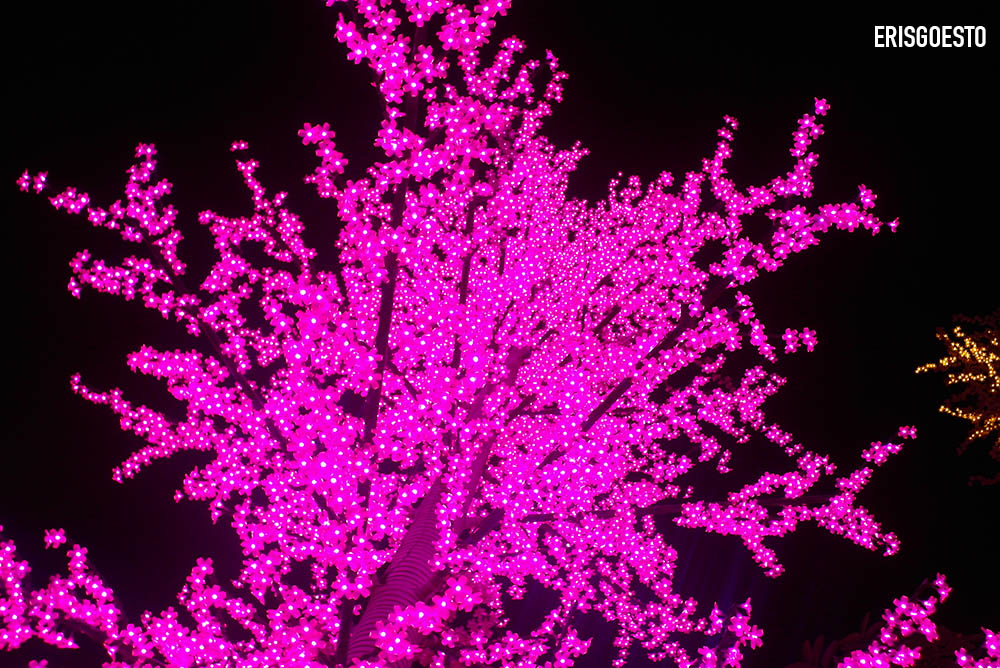 It would be a romantic stroll if it wasn’t so hot. @-@ Despite that, there were many couples at the place. 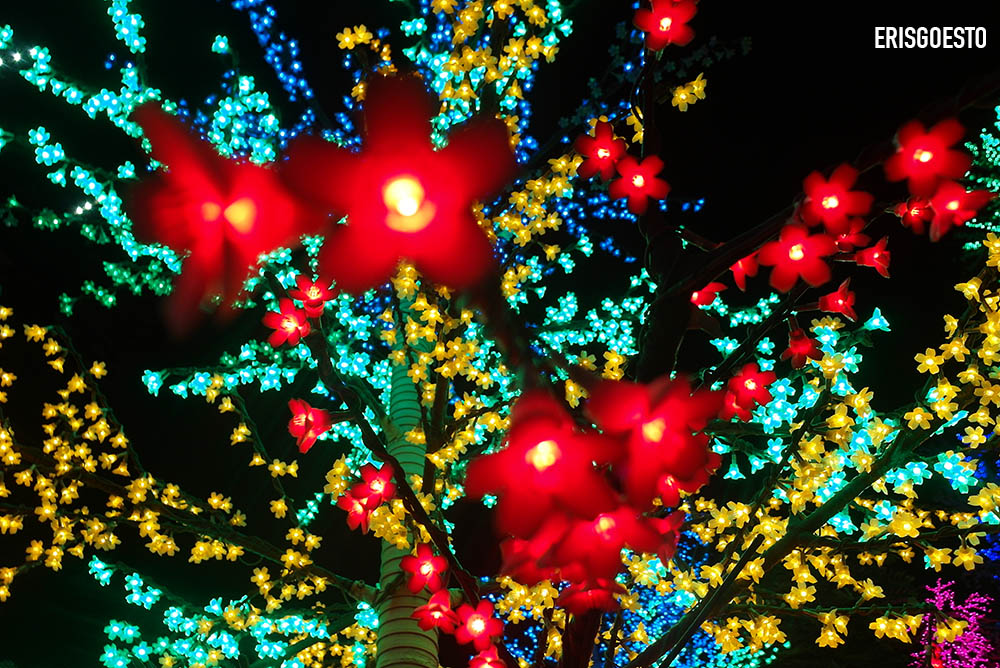 Viewing the trees themselves are free, but there is practically no public transport to the place, so you’d either have to take a cab or drive. You can park in the basement for a fee.

They used to only have trees, but they’ve expanded to add lots of other attractions, where you have to pay to enter. These include carousels, a few rides, a giant Ferris wheel, a Snowhouse, interactive 3-D art trick art museum and the latest addition, a ‘Red Carpet’ wax museum. While nothing at all like Madame Tussauds in London, I guess this is good enough for those of us who can’t just fly off to the UK. 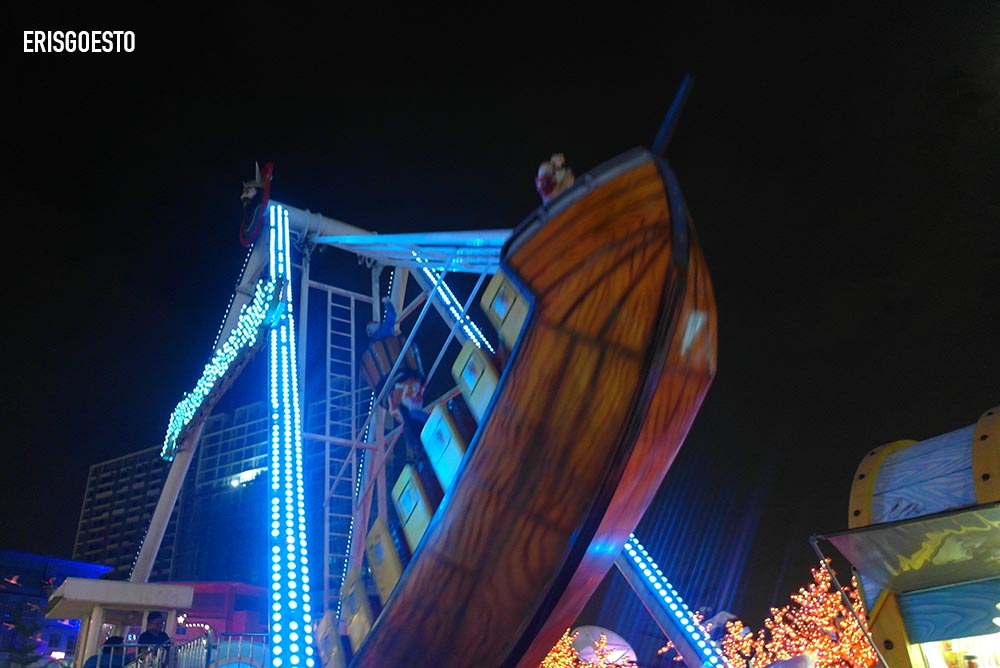 If you’re bored of shopping malls and don’t mind getting a little sweaty, why not drop by at I-City? After you start seeing light spots in front of your eyes, you can take a break at the numerous mamak stalls and cafes around the area.