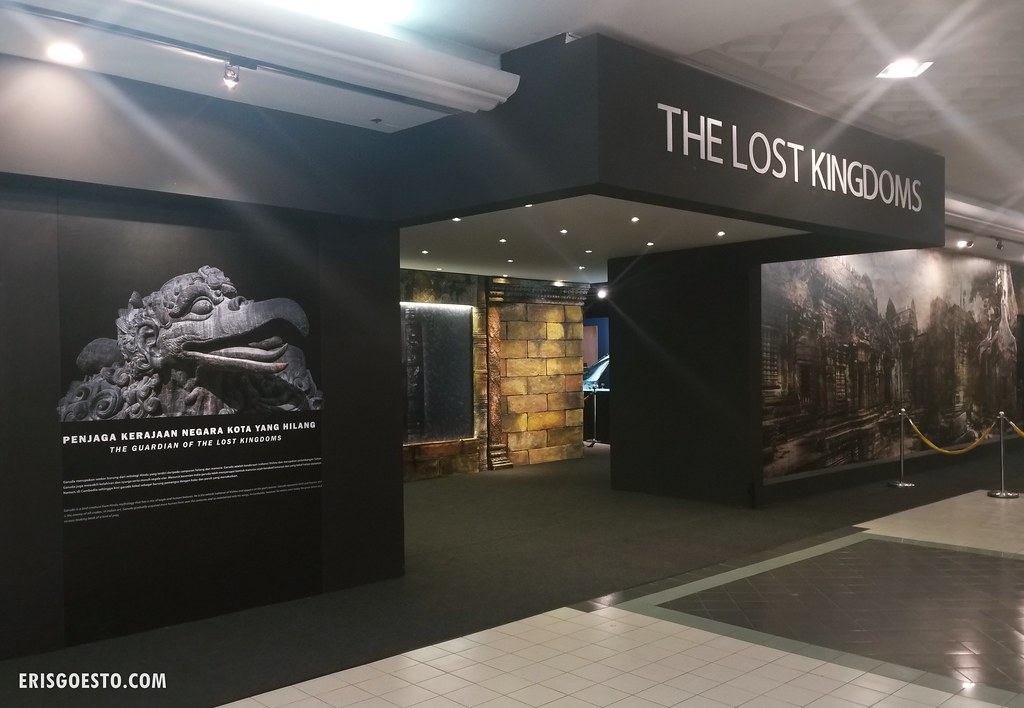 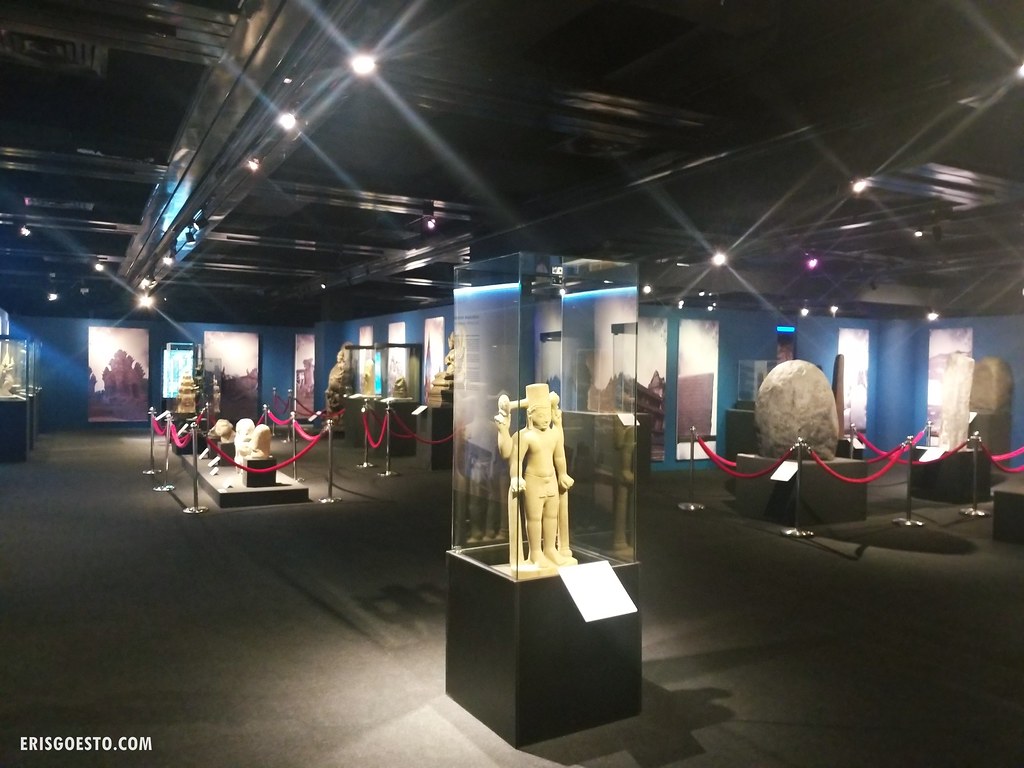 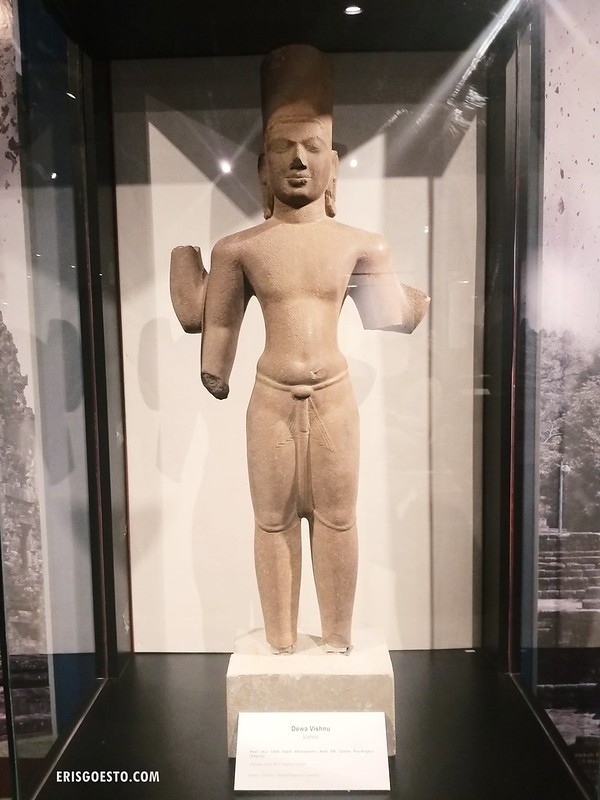 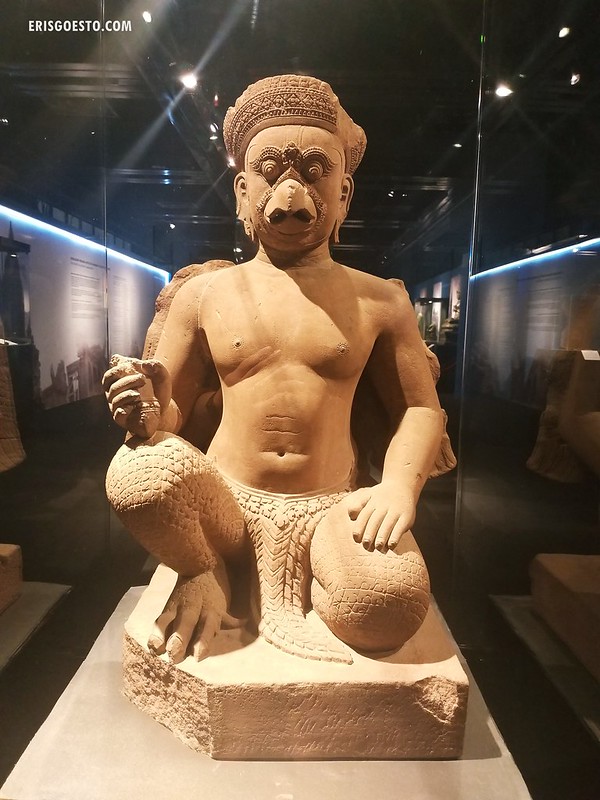 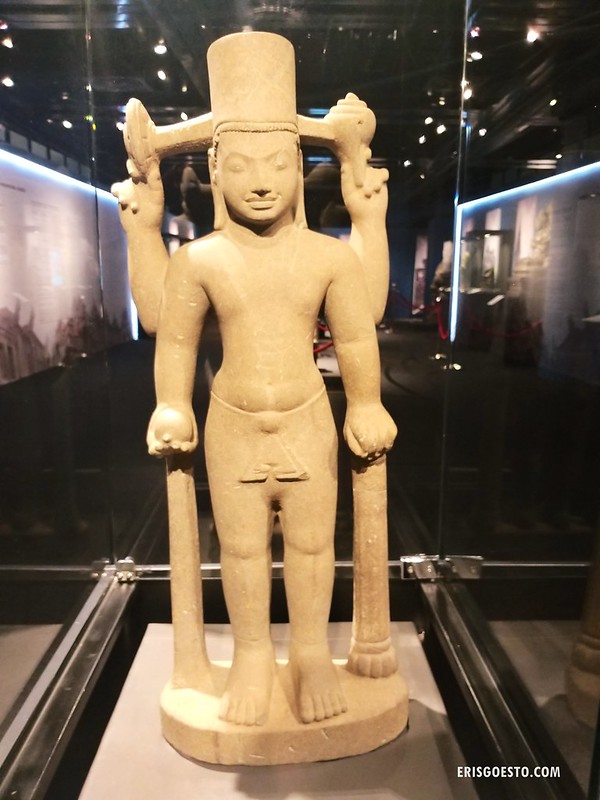 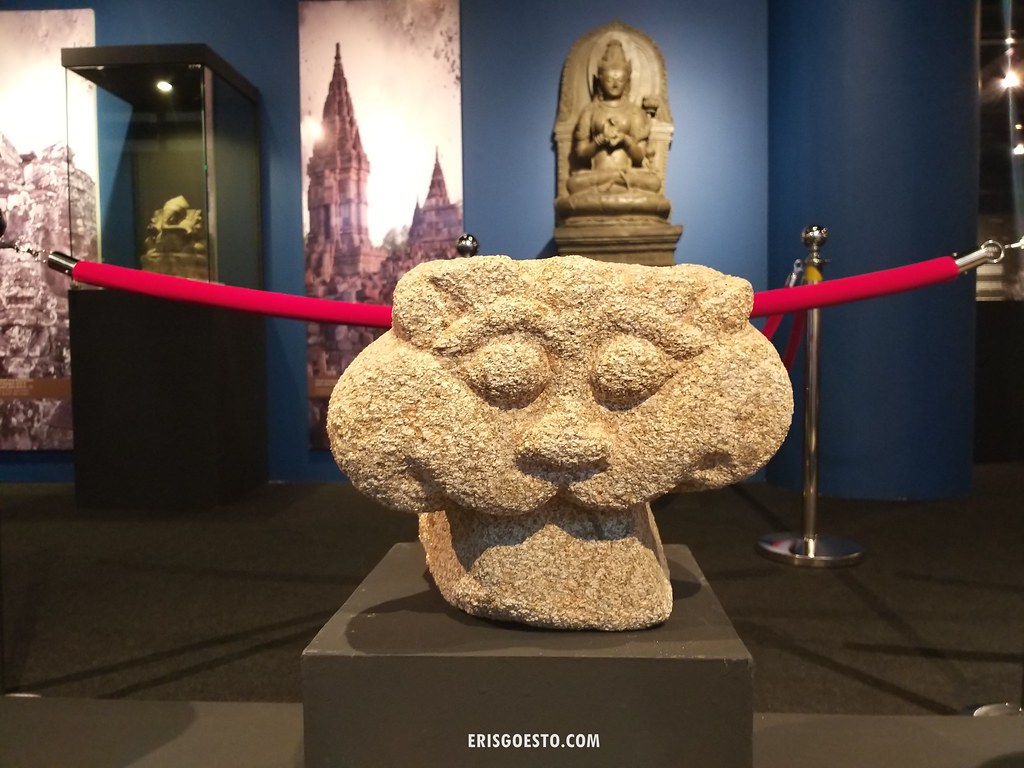 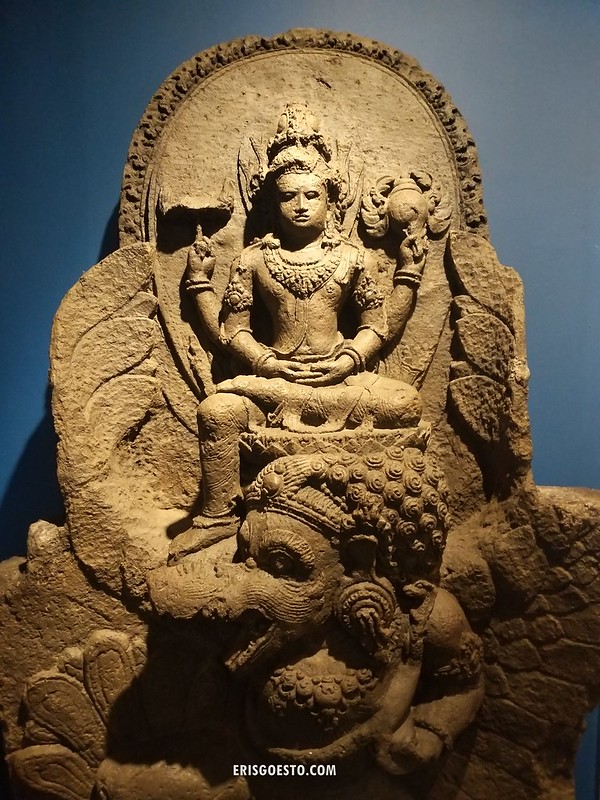 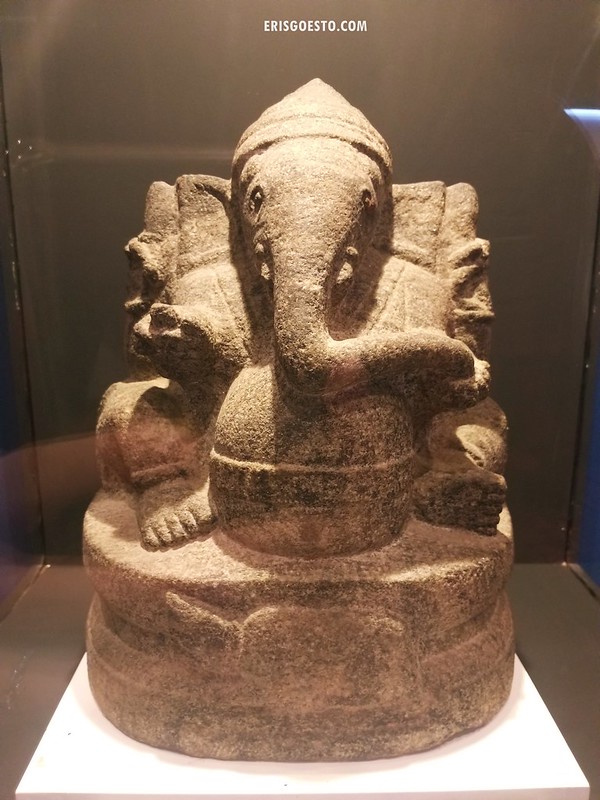 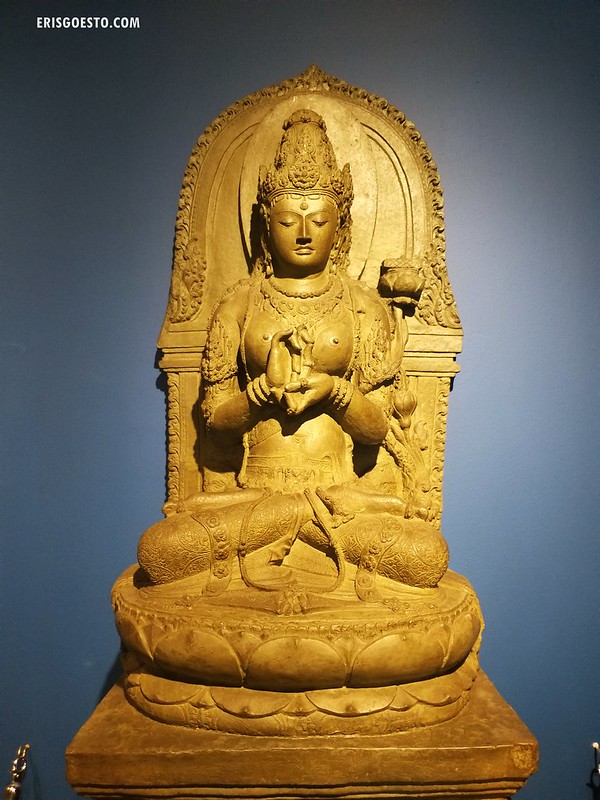 I was bored over the weekend, so I thought of dropping by KL to explore Muzium Negara (the National Museum). Unlike the US or the UK, Malaysian museums aren’t big on interactivity – the exhibits are static and haven’t changed in years. I can see how people see them as dull, drab places compared to glitzy, air-conditioned shopping malls.

Still, it’s an interesting place to visit once in awhile and a welcome change from the mall-culture we’ve gotten so used to. Not to mention cheap – entry is only RM3 for Malaysians.

You don’t even have to pay for the outdoor exhibits. Apart from a large steam locomotive replica at the front, visitors can find old train cars, like this one from Penang Hill..

And the very first Proton Saga which came out in 1985. My dad had one of these, in red.

The museum is currently having a temporary show, the Poison and Venom Exhibition, until October 31. Located next to the main building, entrance is free.

Upon entering, visitors were greeted by a wall of text. And I mean, literally, a wall of text of buntings and banners. It was like the curators wanted to cram as much info as possible into the small space, resulting in tiny text that you had to squint to read.

I learnt something new though – did you know that poisonous and venomous animals/plants/etc are different?

Venomous organisms inject toxins directly into their victims (snakes, wasps, bees), whereas poisonous organisms do not but are harmful when touched/eaten (some plants, frogs, etc).

I didn’t know wtf this was until I had stared at it for a full minute. Turns out it was a giant octopus attempting to smother(?) a ship. The exhibit looked tacky, but I can imagine that the museum doesn’t get much of a budget. Malaysians aren’t exactly known for our appreciation for culture and history. I mean, just look at the museum’s HTML-ish website that still runs on Javascript and Flash. I bet it has never seen an upgrade since 2002 or something. Still, a good effort by the museum, working with what little resources they could glean.

An entire wall was dedicated to explaining venomous and poisonous organisms according to the Al-Quran.

And then there was a sculpted model of Medusa, the mythical greek Monster who was said to be a beautiful woman once until she incurred the wrath of the Gods and was turned into a snake-like half creature with serpents for hair. Mannequin on the left (with very shapely, womanly legs, for some reason) represents a man who was turned to stone after looking at Medusa’s hideous form.

I was excited to see the glass cases behind.. but it turns out they were just static displays with fake snakes. lulz

I was feeling slightly disappointed, but the exhibit got more interesting as we walked further in. (Above) A realistic (and cute looking) model of a monitor lizard (Biawak Air). I’ve seen these buggers running around on the road or swimming in small ponds in parks. Didn’t know they had venom. @_@ Did I mention I’m afraid of reptiles (except snakes)?

What’s a venom/poison exhibition without some giant spiders ?

I’m glad I’ve never encountered ones as large as these.

Some body parts, to make it interesting.  We were trying to figure out if they were real preserved specimens, because some of them had this old, rubbery texture, like it had been soaked in formaldehyde for a long time.

A classroom setting for the kids.

Another section housing preserved snakes in bottles and jars.. which reminded me of snake/lizard wine souvenirs I saw while travelling in Vietnam. They’re supposed to be good for libido. Not that I’d care to try any..

Small, live animals like frogs and fish were also on display. The bright colours on this frog warn predators that eating it is not gonna be pleasant.

Stingrays might look harmless, but are lethal due to their venomous tail stingers.

A type of fish that still retains its primitive evolutionary-looking legs. It’s like a fish with trousers.

The Poison and Venom Exhibition started off boring, but kept its ‘gems’ to the end. Pretty good for a free exhibit, and a nice way to spend the afternoon especially with family.

Malaysia and Singapore are like two sides of the same coin – sharing culture, cuisines, language and a diverse ethnic makeup. This was documented in ‘A Tale of Two Countries – Singapore and Malaysia’ by Singaporean artist Seah Kang Chui at a week long art exhibition, which ran at Soka Gakkai Malaysia in KL. The show featured over 50 watercolour artworks by the veteran painter.

*All artworks are copyrighted to Seah Kang Chui

Seah has 40 years of experience under his belt, and it shows through his colourful paintings. A central theme to all his artworks is the depiction of rural scenery in Sg and Malaysia, from villages to old, heritage buildings. Some, like Lau Pa Sat Market (left) convey a deeper message. Seah said he deliberately painted the high-rise buildings in the background using a blurred style, to signify the ‘faceless’ modernity compared to the old market’s rich culture and history.

An old bridge in Singapore, with the ultra modern Marina Bay Sands building in the background.

If you grew up in Malaysia and Singapore, many of these village and jetty scenes would be familiar. Seah captures the simplicity and essence of kampung living, so much so that looking at his paintings transports the viewer to childhood memories of running around barefeet in the yard, chasing chickens while coconut trees swayed in the breeze amidst a backdrop of traditional wooden houses on stilts – or climbing into long wooden boats and watching fishermen docking at rickety jetties in the evening.

New Sarawak state assembly building’ next to the river.

Paddy field in Sekinchan transports the viewers to this agricultural town, famed for its endless yellowing fields of ripe paddy and blue skies.

Seah’s fondness for rural scenes came from his own childhood, as he grew up in a village.

“I often paint on the spot. If I can’t finish it, I take photographs to be continued at home,” he said. Sometimes a painting may take several tries.

Heritage buildings are also a favourite subject – like the Christchurch Melaka (left).

It was amazing to see how skillful the artist was with his brush strokes.  I can’t claim to be a high culture person, but I enjoy looking at art I can understand and which connects emotionally with me on a deeper level, instead of random swishes and abstract notions.