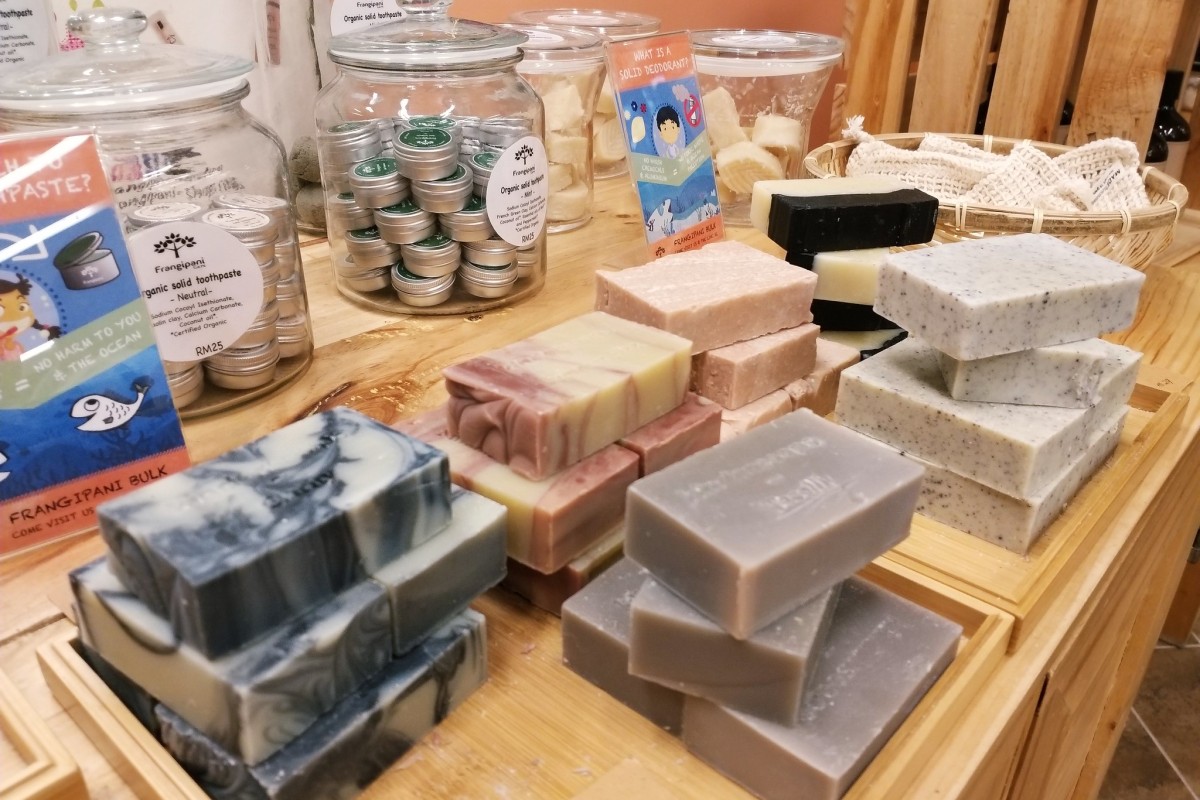 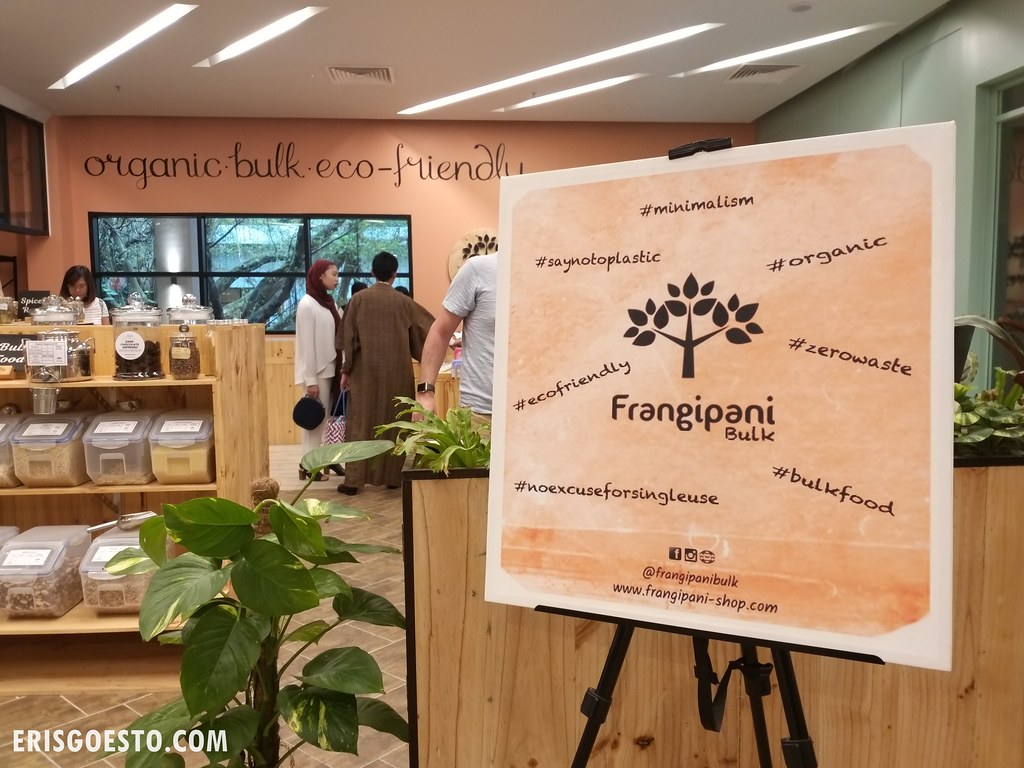 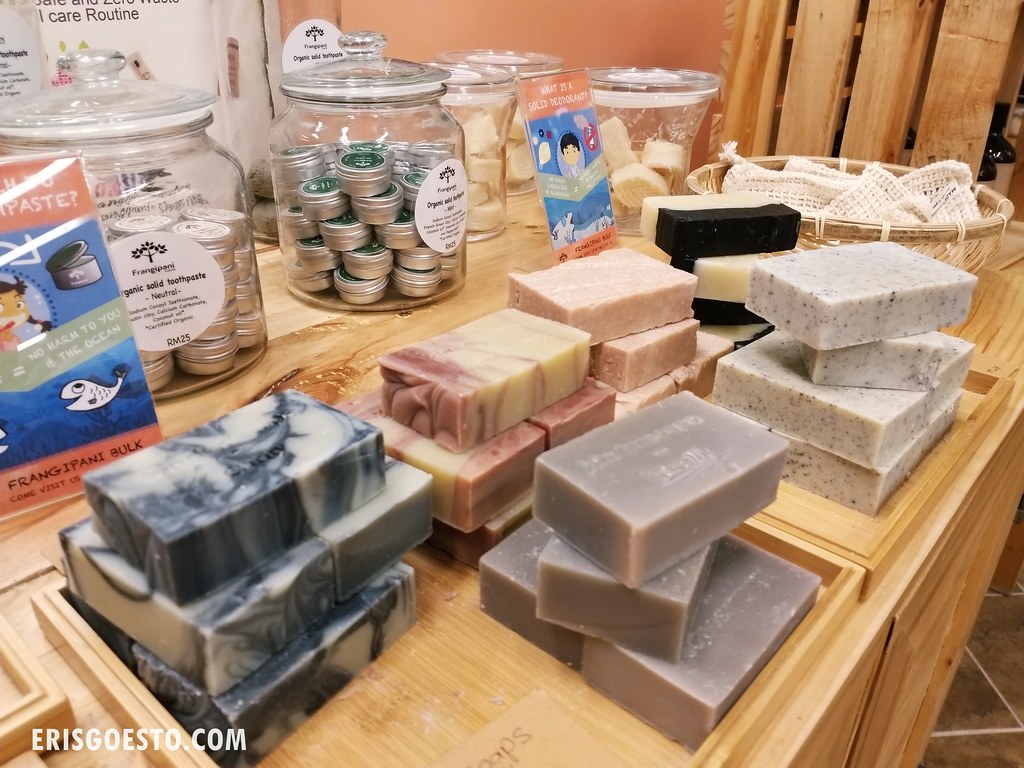 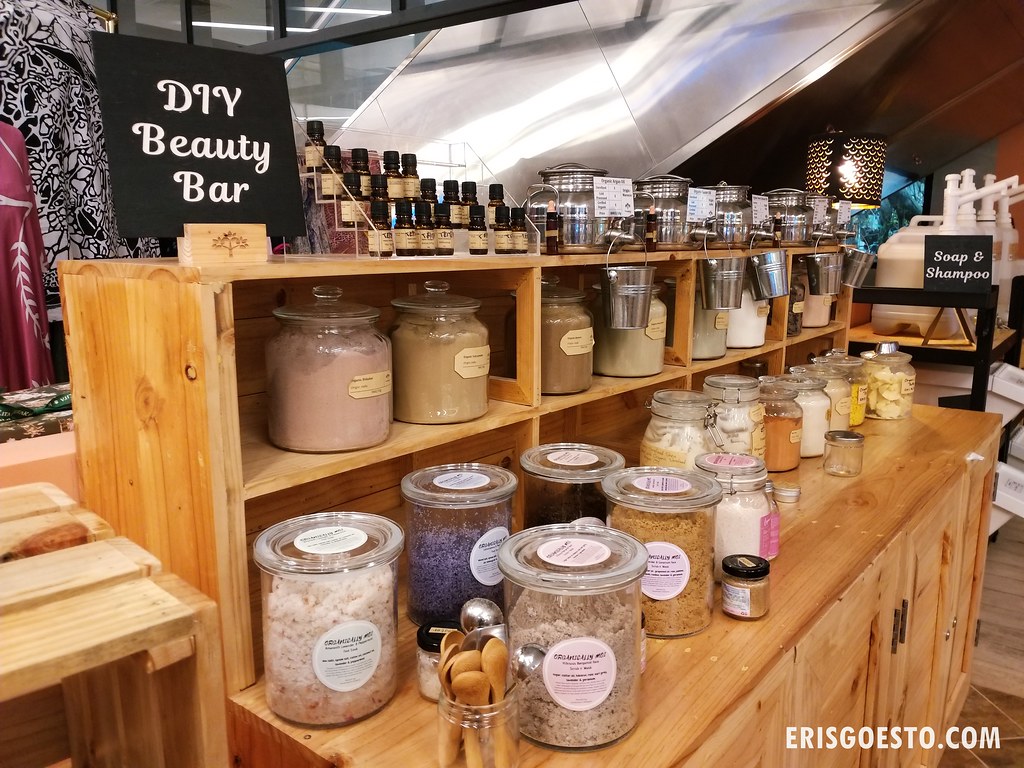 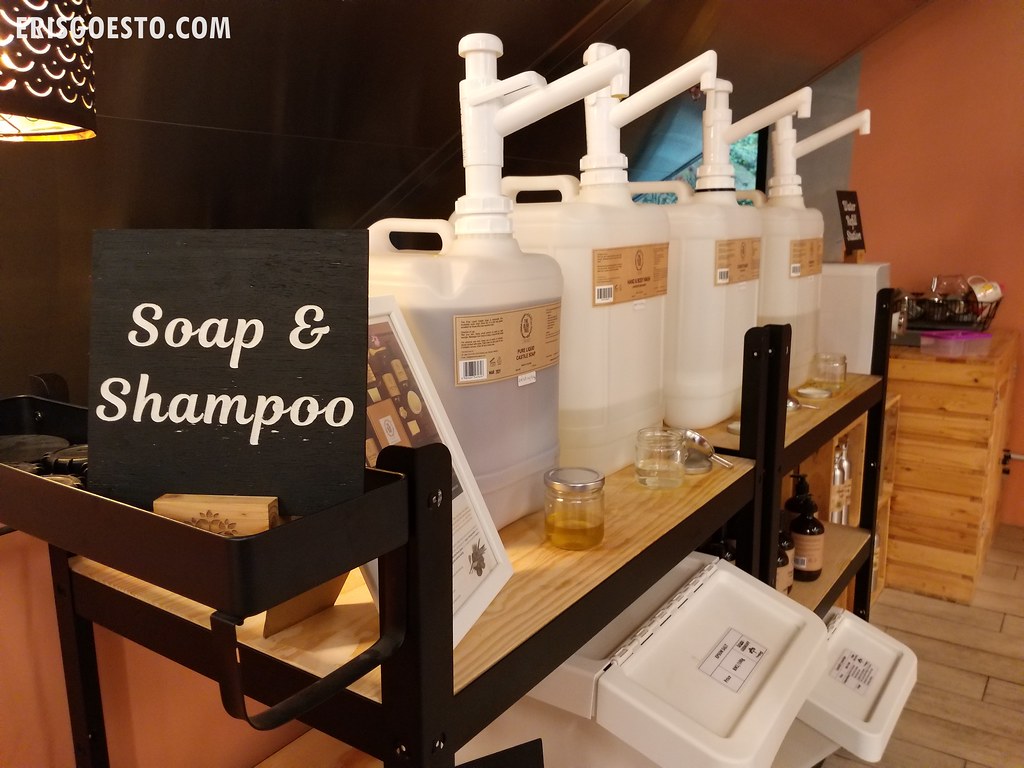 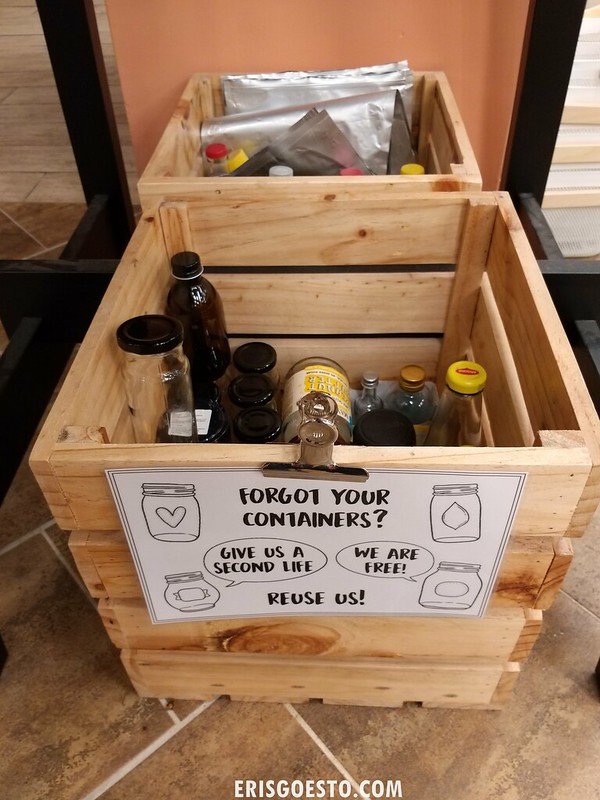 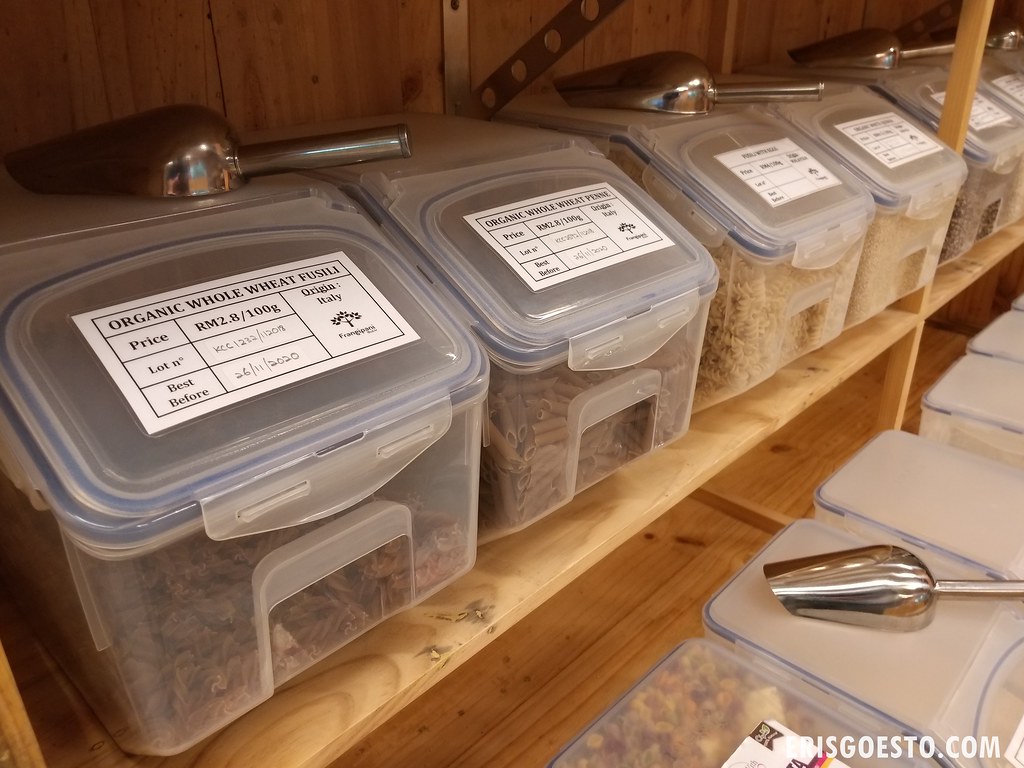 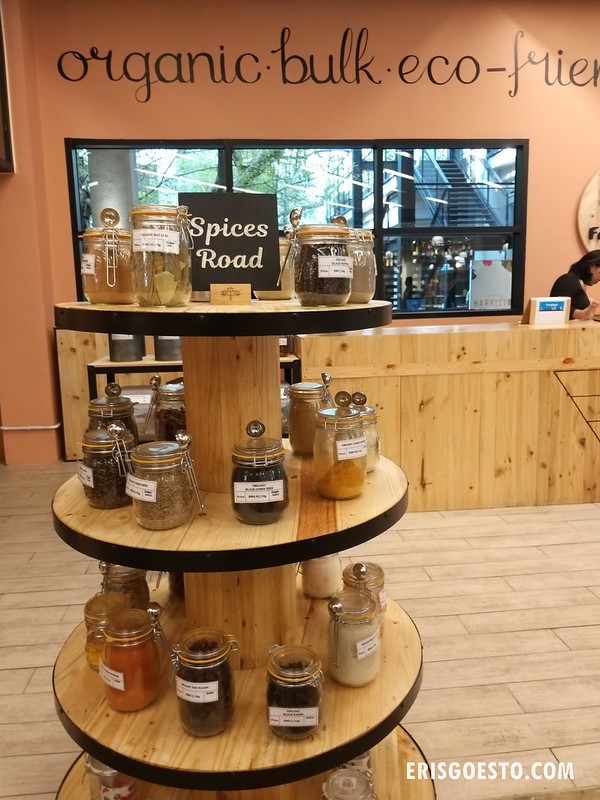 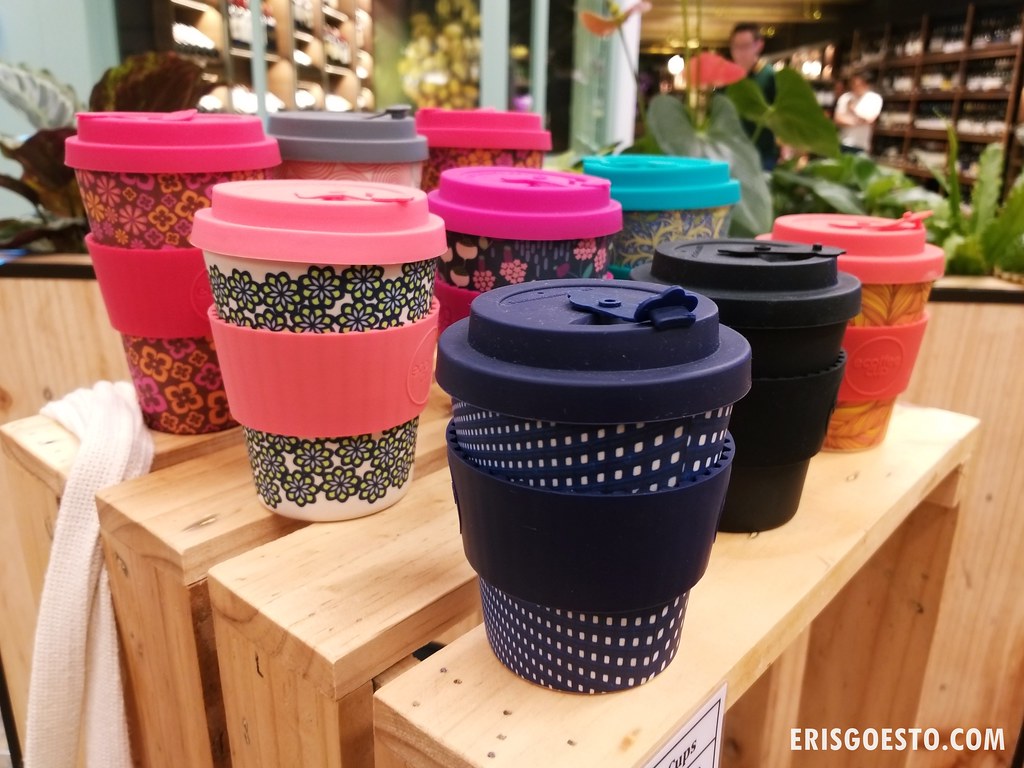 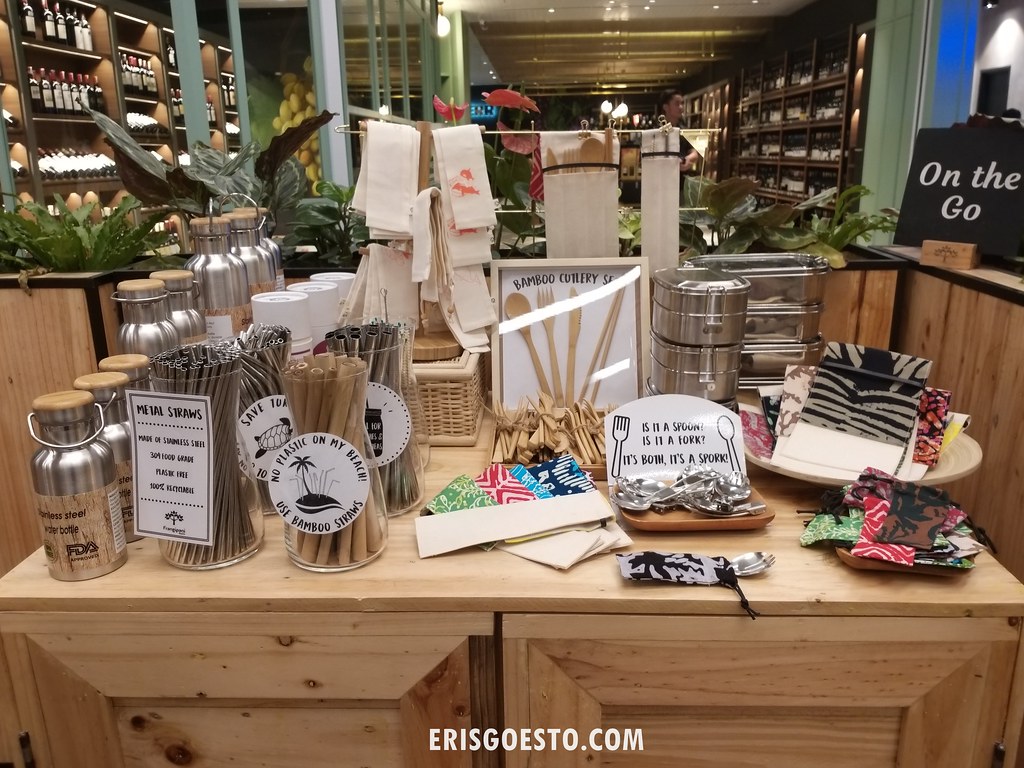 Peeking into the compound of a three-storey bungalow along Jalan Sungkai in KL, I wasn’t sure if I had come to the right place.The smell of sawdust wafted past the gate, accompanied by hammering. Inside, wooden pallets were stacked up high against the walls, while steel rods and machinery occupied parts of the compound.

Welcome to Biji-Biji Initiative, a social enterprise to share progressive ideas and champion sustainable living by reusing waste creatively.Using items such as discarded wooden pallets, industrial metal, banners and seatbelts, the initiative turns waste into wonder by creating upcycled products like bags and furniture.Part workshop, part living space, their centre in Kuala Lumpur is where the founders and volunteers live and work together.

I was ushered in by Matthieu Mertens, an enterprise partner and their head of electronics and systems, who told me the story of how it all began.

The four founders – Zoe Victoria, Rashvin Pal Singh, Gurpreet Singh Dhillon and Azam Hashim – had a dream of building an eco-resort in Sarawak.“They realised how difficult it was to get land and money to invest. So they decided to start small by building things from their apartment with discarded items, such as unwanted wood and steel drums,” said Mertens.

Response to the concept was so good that they quickly outgrew their small apartment.In 2014, they moved to a bigger space to accommodate a growing team and to better work on more projects. Apart from working with companies for events and projects, the brand also sells their own green products: in the form of bags, clutches and pencil cases made from seat belts and banners.Now that will be something to show off to your friends – a one-of-a-kind banner bag where no two designs are the same. These are priced affordably from RM20 to RM200.

“The bags which we sell online make up the business-to-consumer part of our initiative. We are also venturing into making furniture, which is more the business-to-business side of things,” said Mertens.

“Ideas are like seeds. You have to plant it and nurture it for the tree to become strong,” said Mertens when asked about the inspiration behind the enterprise’s name.He explains why they are a ‘social enterprise’ and not a business per se.

“It’s not just about making money, but creating social impact and helping communities,” he said. 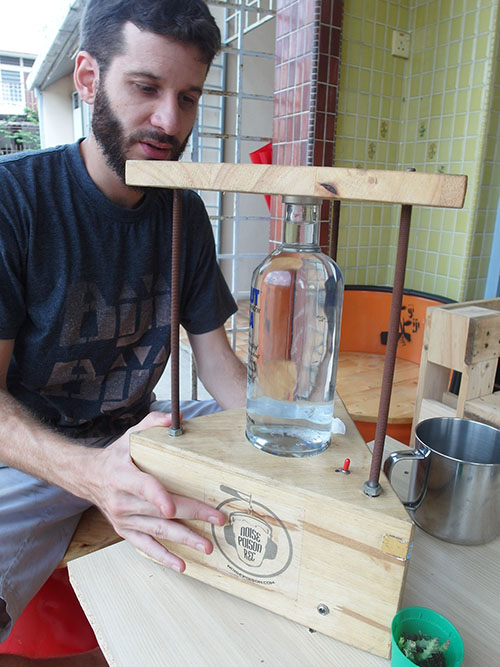 Using a combination of their own ideas coupled with open sourcing, the initiative has been able to come up with some truly innovative projects – like Brightbox, where hundreds of bottle-shaped solar-powered lights were donated to Nepal after the earthquake to provide lights to remote villages.“This is what we want to do – projects that are impactful,” he said.

In a conventional business model, you have bosses and employees. “Here, everything is laid out, everyone knows how much everyone else is earning and there are no big gaps between the people working in the organisation. It’s a fair system,” said Mertens. “Every time we have a project, 30% goes to materials, 30% into paying the people, 30% is reinvested into assets such as tools to make sure the initiative grows, and 10% covers the overhead costs.” 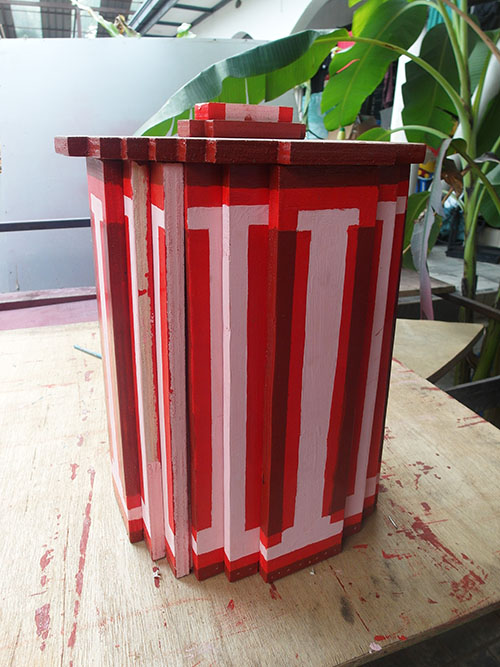 This, he said, would help them hone their skills and eventually create entrepreneurs who can generate their own income.

“We want to empower people. We don’t want them to just be working for us. To do that, you need to know how – how to build a shelf, table or bench. Once you have the know-hows, you’ll be able to be your own designer,” said Mertens.

“At Biji-Biji, we’re all about sharing. There are no such things as ‘patents’. We believe in knowledge-sharing to empower others.” he added. 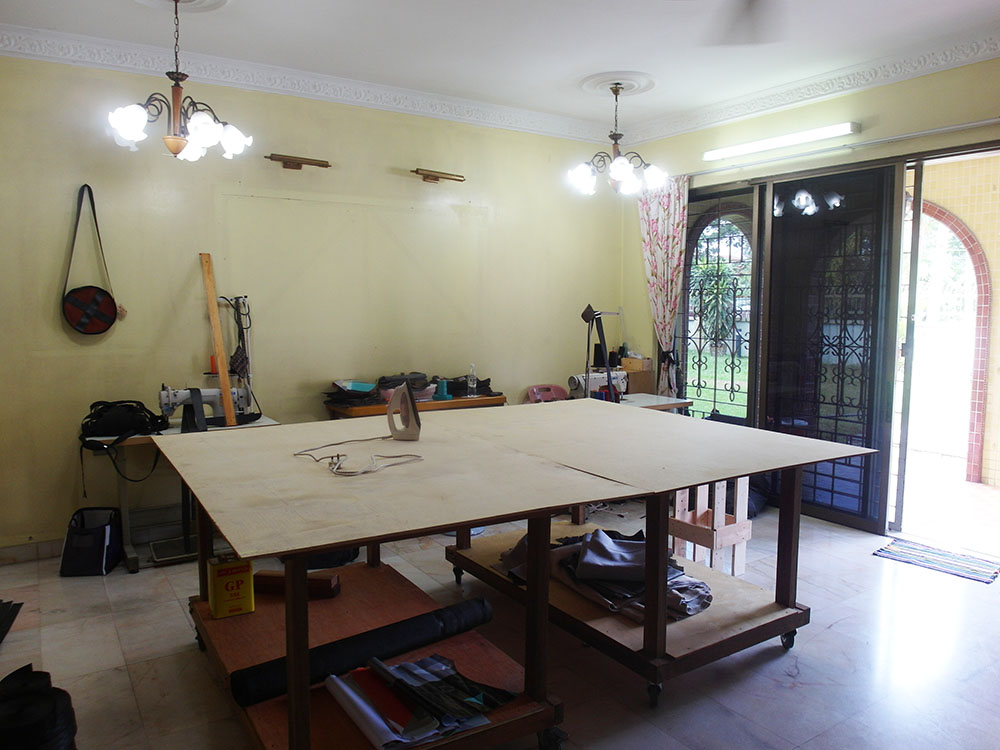 They also have an open workshop concept – where people can bring their own materials and use the tools available – for free. “If there is space, volunteers are welcome to stay and help out with any projects. We are very inclusive. We like having people come and help, as long as they have a good attitude and are willing to bring new ideas,” said Mertens. Currently, the initiative has a core team of 15 to 20 people, with volunteers coming in and out for short periods. “This month we have about 40 people working on the projects,” said Mertens.

You’d think that for an initiative that turns waste into upcycle products, everyone would have a degree in woodwork or something. So when Mertens tells me what each founder did before they started Biji-Biji, I was surprised.

“Zoey is currently doing architecture, Gurmeet did physics, Rashvin was in accounting and is a former business consultant, and Azam did literature and art,” he said. “I studied electronic engineering and worked in IT for two years. I think that’s the beauty of the initiative – what we’re doing now is not necessarily what we studied, but I believe this is what makes us work so well,” he said, adding that prior to joining the initiative, he did virtually no woodwork or steelwork, but has since progressed to designing and making his own shelves.

Home is where the heart is

For an initiative that champions sustainable living, it would be poor form if its members did not commit to green lifestyle. Needless to say, the guys at Biji-Biji Initiative are leading by example.

The 9,000 sq ft bungalow is home to 16 people at the time of our visit. Volunteers and the members live on the upper floors, while the workshop is on the ground floor.“This is our garden, barbecue and chill-out area,” said Mertens, gesturing to a gazebo made from bamboo, with a table and benches made from pallets. The tasteful décor belied the fact that it was entirely constructed of what most would consider ‘waste’.

Not far from that was another gazebo, painted with murals and with its very own seatbelt bench, made from interweaving strips of seat belts together.In a corner of the garden, a composting project was ongoing, while in another, two large barrels were used for their own rainwater harvesting system.

At the wood workshop area, volunteers were sawing timber and bamboo to be made into furniture. In one of their workshops, lights were powered by solar panels and lights with motion sensors, which automatically turn on and off when it senses movement inside the workshop.

On their plans for the future, Mertens hopes to see more centres popping up everywhere. “We want to develop our B2C branch, to be able to have a passive income and generate money. So far we’ve been very project-oriented. For example, in May and June we had four to five projects and it has been six crazy weeks, but it meant lots of money and work.

“July and August has been slower, but it’s good as the volunteers will have time to build the things they want, and we can work on our designs.”

“The idea is to find the right balance and to make the whole machinery work,” said Mertens.