In an environment saturated with malls carrying the same cookie-cutter brands, The Starling in Damansara Uptown is a refreshing change. Inspired by nature and known as the ‘Mall Within A Park’, it boasts an open layout with plenty of natural sunlight streaming in from the large skylight, as well as a 27,500 sq ft Chirp Park on the ground level and a rooftop Sky Park.

Was here for lunch the other day and decided to explore Foodies’ Nest, the mall’s food court on Level 3. 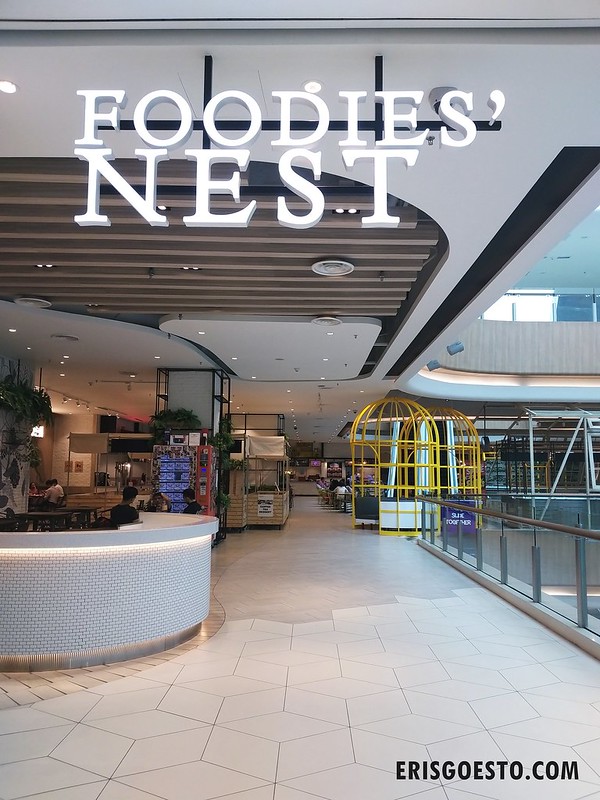 When you think food court in Malaysia, ‘CANTEEN!’ comes to mind more than a cosy/cool place to hangout and chill – which is why I really like what they’ve done with Foodies’ Nest. Although there seem to be themed sections, you never feel as if you have to sit right in front /within the vicinity of the stall you ordered from. The design of the place is welcoming and there are actually many spots within that look pretty Instagrammable, like the giant ‘bird cage’ booths at the entrance. The ambient lighting also helps to prevent the place from looking cold and clinical. 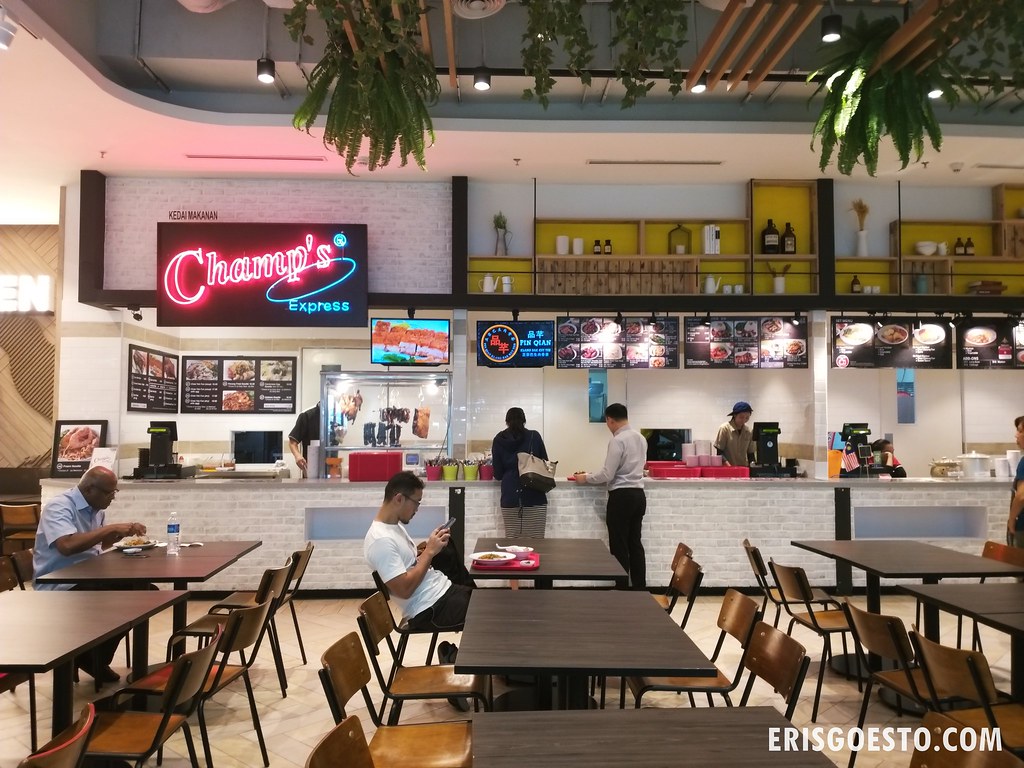 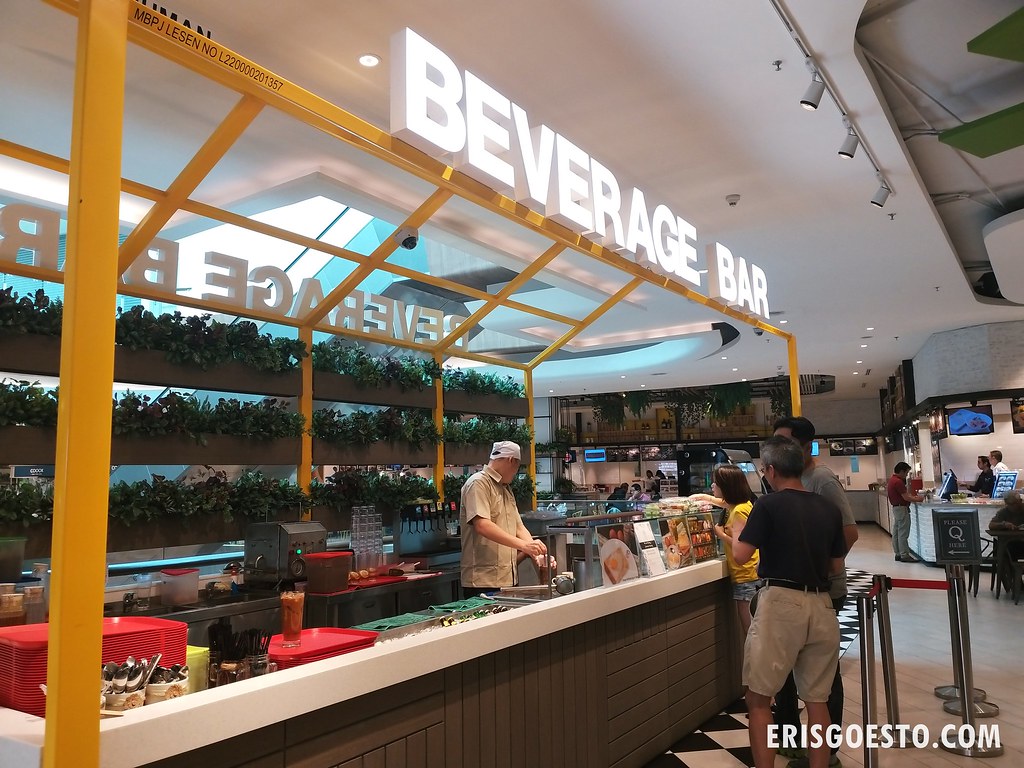 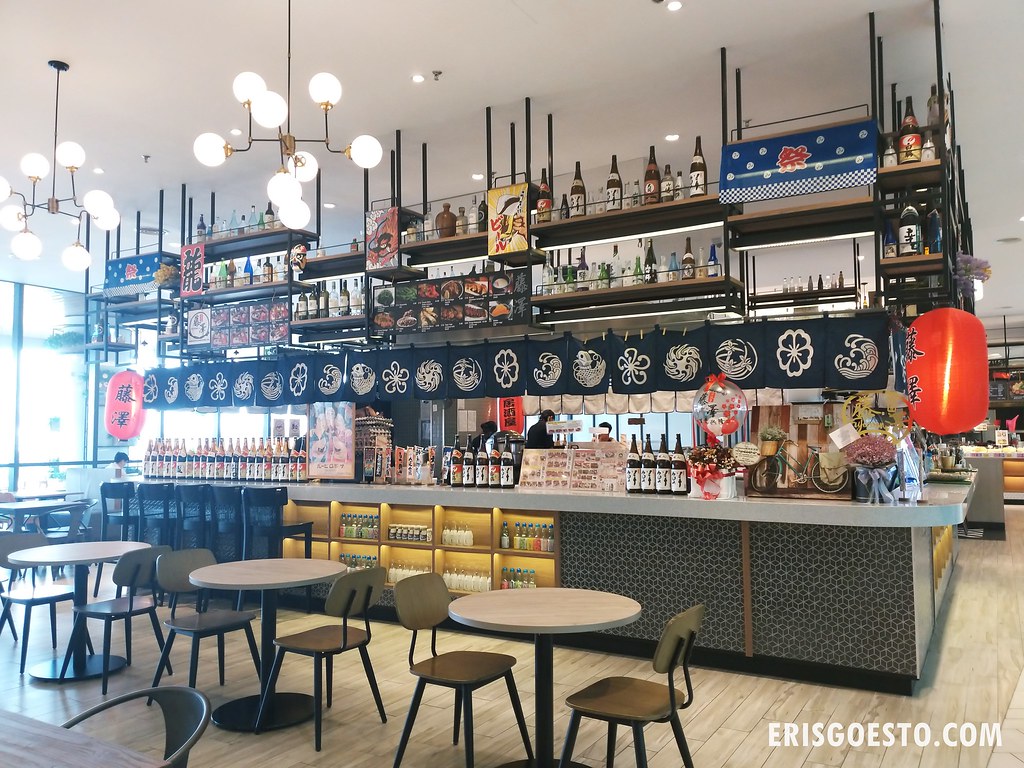 I settled down for lunch at Fujisawa Izakaya, which had an ‘island’ layout with the dining area surrounding the central kitchen. The kitchen area was decorated with traditional Japanese elements and trinkets, from sake bottles to noren (fabric dividers), lanterns and maneki neko (lucky cat) statues. 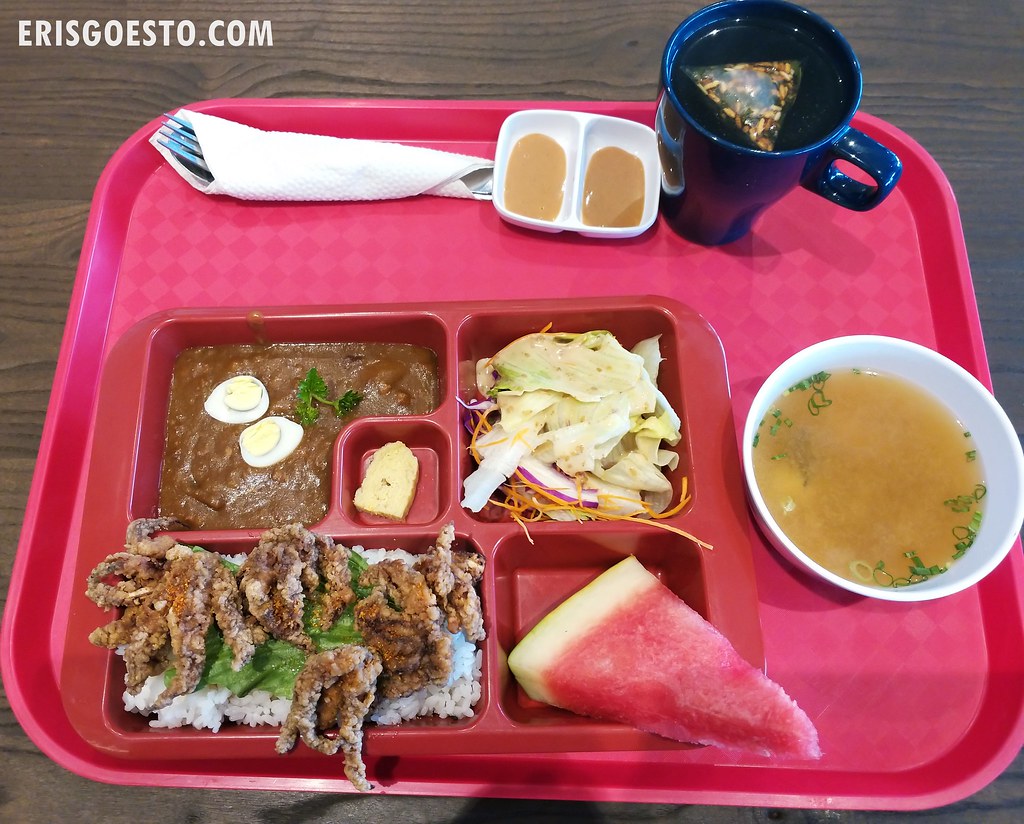 Ordered a Bento set of Japanese curry rice with fried ika (squid). The portion was just right for a medium eater, although I think for the price, they could have given a few more pieces of squid. The curry was mild and sweet, with soft chunks of potato and meat which went really well with rice, while the squid was deep fried and seasoned well, lending the dish an element of crunchiness. Sides included cabbage salad, miso soup and a slice of watermelon. A satisfying meal for a reasonable price.

*Their main branch is in Kepong, Kuala Lumpur.

I am a creature of habit. While I like trying food at new restaurants, what often happens is I try something I like and upon return visits, only ever order that dish. Forevermore. I mean, if it’s good, why order anything else, right?

Here are some of my favourite places for food and what I almost always get when I’m there.

Don’t underestimate this simple-looking bowl of pork noodles. Beneath the unassuming looks is an amazingly clear yet flavourful soup base that has no hint of MSG whatsoever (which can’t be said of many other hawker stalls these days). Run by an elderly couple, you can tell they put a lot of heart into the cooking from the sliced pork meat and in the soup – just the right cut without being too thick or thin, perfectly cooked. The minced pork bits are well-tenderised and soft with a melt-in-the-mouth-texture. You can select the noodles you want, from egg noodles to kuey teow (flat glass noodles) to bihun, but for myself I have Vits (it’s a curly instant noodle) without fail. For RM5, this simple bowl of pork noodles beats posh, fancy breakfast buffets any day.

Since my workplace is based in Putrajaya, there aren’t a lot of cheap food choices, due to its large Muslim demographic, other than mamak (Indian-Muslim) food or Malay food. But since its surrounding neighbourhoods have an up and coming university student population, places like Cyberjaya have some pretty good eateries and cafes (albeit a little on the pricier side). One of my regular lunch places is atShaftsbury Square, Cyberjaya, where I usually drop by Ko Hyang Korean Country Delights for their (delightful!) Ramyeon.

Instant noodles again? tsktsk. But yeah. Ramyeon is the Korean version of ramen noodles, and the version here is done just to my taste – al dente, with a chewy, springy texture, swimming in a steaming hot bowl of tender beef slices, egg and magic. Magic because I really can’t place what exactly the soup is.. it’s savoury and sour, eggy, and despite it’s bright orange appearance, is not very spicy. It comes with sides, but I rarely touch those except the sweet fried anchovies. If you haven’t figured it out yet from these two dishes I have featured, I love soup – so I can finish this entire bowl by myself. Ramyeon ftw!

When I’m NOT in Putrajaya, I’m at my main office in Petaling Jaya. There aren’t many options to eat around the two office towers, so my colleagues and I often end up eating at this very affordable cafe/canteen downstairs. I had a fave food here – their chicken rice – but when they introduced a new item on the menu, something possessed me to try it. That’s how their beef burger special became my new favourite food at Commons Cafe. Instead of the usual beef burger patty, the special is cooked with beef slices, grilled onions and is melted over with oozy cheese between two soft and toasty burger buns. The fries are pretty good as well – crunchy and crispy. RM9,90 will give you a cheap and satisfying meal.

Last but not least,

A couple of months ago, I discovered this newly opened vegetarian restaurant in IOI Mall, Puchong. You’d think that since I avoid veges like the plague, a vegetarian resto would be the last place on earth to have my fave food. Technically, it’s not a vegetable, so I don’t know if it counts, but I adore mushrooms. Ever since I set food into Simple Life, that’s all I’ve been having – their Mushroom Platter. Since no one else eats like that, even the waiters there know what I want to order every time (and they see me there pretty often!). It is always a plate of golden fried assorted mushrooms (needle, oyster and shiitake) with a bowl of fluffy white rice and either a mug of hot green tea or iced matcha with soy milk. The mushrooms come with a sweet chilli dip.

I’m slightly in two minds with this one. On some days, the mushrooms are fried really well, without being too oily; but on other days they can be overwhelmingly soaked in oil. I think it depends on who is manning the kitchen on those days. Still, the inherent Asian-ness in me finds a bowl of white rice extremely comforting when eaten together with fried things.

A colleague of mine, who recently did an inspiring story on the plight of the deaf-mute community, took me to DIB Coffees of Hawaii in Damansara Perdana for lunch one afternoon. The name stands for Deaf in Business, and is almost entirely staffed by deaf-mute employees.

Nestled in a cosy corner near the National Income Tax Department, the spacious and relaxing atmosphere makes it a great place to hang out if you want to get away from the overly-crowded hipster cafes in Damansara.

The brainchild of passionate entrepreneur Allen Teh, DIB serves coffee and Western food, and first opened it’s doors in 2011. It currently has nine deaf and two able-bodied staff members. His story is truly an inspiring one, as he invested a lot of his life savings (more than half a mil) into helping and empowering this community.

The interior is spacious and clean, with a seating capacity of around 50 people. The kitchen occupies one part of the space. There are various cool Hawaiian themed knickknacks lying around, including a few Tiki masks.

I ordered a Chocolate and Espresso ice-blended. I was expecting it to be like any normal ice-blended drink, so I was pleasantly surprised when it turned out …..great! The espresso and chocolate taste is well-balanced, without being overly sweet. There was an equal ratio of cream and ice, but didn’t melt that easily even though I was sipping it quite slowly. Definitely one of the better ice-blended drinks I’ve had.

We shared the food between the three of us so everyone got to try a little. The chicken spaghetti was a tad too sour as they used freshly chopped tomatoes, but the pasta was cooked al dente and was sprinkled over with cheese. Texture wise, very well done.

The chicken salad came in a giant portion. I don’t usually eat vegetables, but these were fresh, lightly tossed in dressing and crunchy. The grilled chicken meat was dry, but the veges made up for it.

Next came the grilled chicken wings, which came with… guess what? More veges! The portions, were, again, enormous. The chickens were sweet, tender and well-cooked, with a slightly crispy skin.

My colleague’s grilled chicken chop, which came with lots of side vegetables. I like the mashed potato because it tasted less creamy but was still flavourful. I think they used Margarine instead of butter.

The food at DIB comes served in generous portions, and one can feel that each dish is prepared with love. It can take awhile for your meal to get to the table, but you can really tell that it’s home-cooked with fresh ingredients. It’s something I would serve to my family and friends at home.

The owner, Allen, then came over for a chat and had us try DIB’s specialty single-origin coffee called Maui Coffee from the Maui Islands in Hawaii. One of the employees prepared the coffee press.

The end result was a lovely, aromatic coffee with a nutty overtone. I’m not a coffee aficionado, but even I could tell that this tasted and smelled different from the usual coffee shop variety. It had a smooth texture which slipped down the throat, a robust, full flavour and lovely aroma.

Premium coffees for sale, mostly from the Hawaiian islands.

So if you’re ever in Damansara Perdana, show your support by dropping by at DIB.