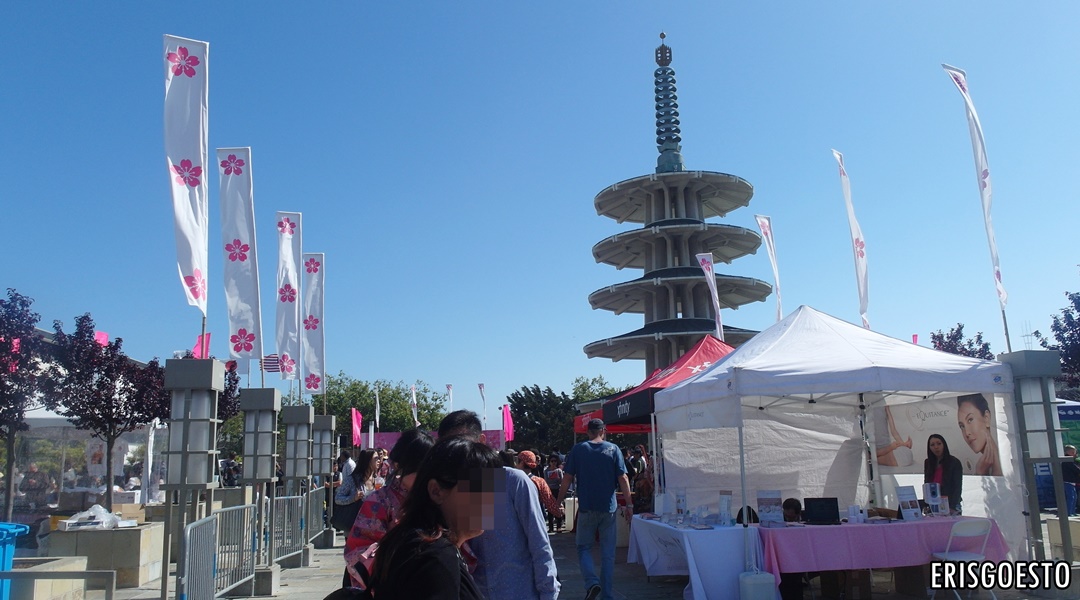 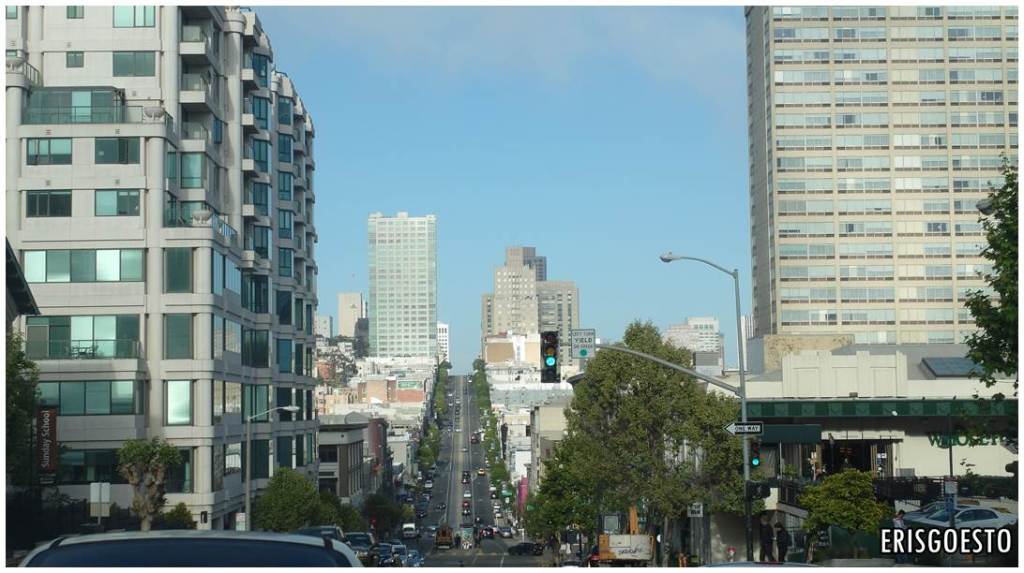 So I’ve been in San Francisco for a grand total of one day – and I’m already loving it way more than LA (no offense, LA folks!). I like the beautiful architecture: both old and new all rolled into one; as well as its hole-in-the-wall hipster cafes, museums and science centres, glitzy shopping districts and colourful trams.

The place is very hilly with steep roads, so good luck driving a shift stick around here. 😀

Every year, SF’s Japantown hosts the Cherry Blossom Festival to celebrate the Spring. Stretching across six blocks, Japantown  or ‘Nihonmachi’ is the largest and oldest of its sort in America; with a towering shrine-like structure in the middle and its own shopping centre. We got there during high noon and the place was packed with visitors.

There were several cherry blossom trees lining the streets, but these were not in full bloom, sadly. Apparently it was much prettier last year. 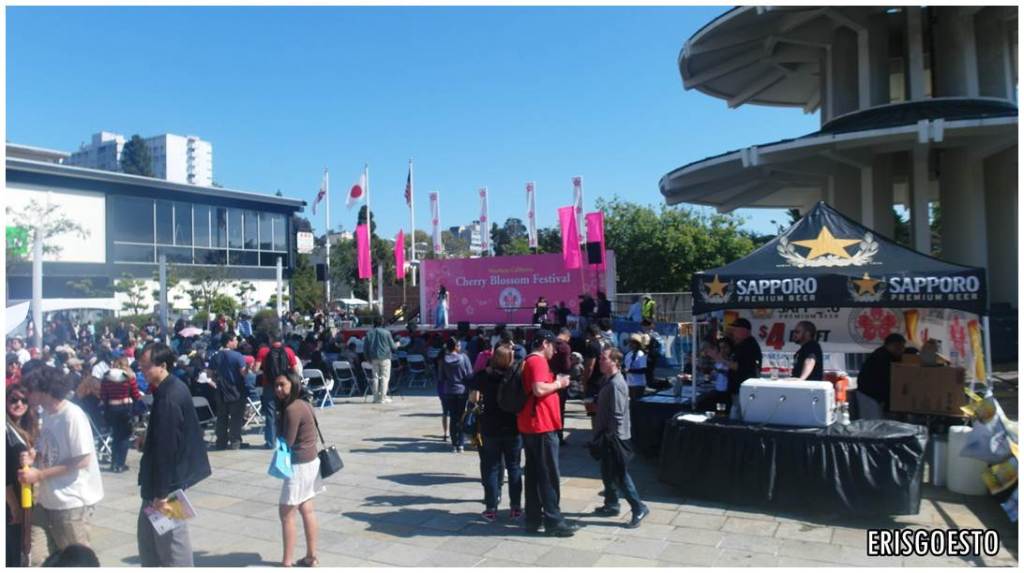 We just missed a cultural performance! 😦

Lots and lots of food booths. These were not even strictly Japanese: there was typical American fare, tacos and burritos, even Chinese food. The lines were super long but we were feeling hungry, so we grabbed something from the one that looked least busy lol. 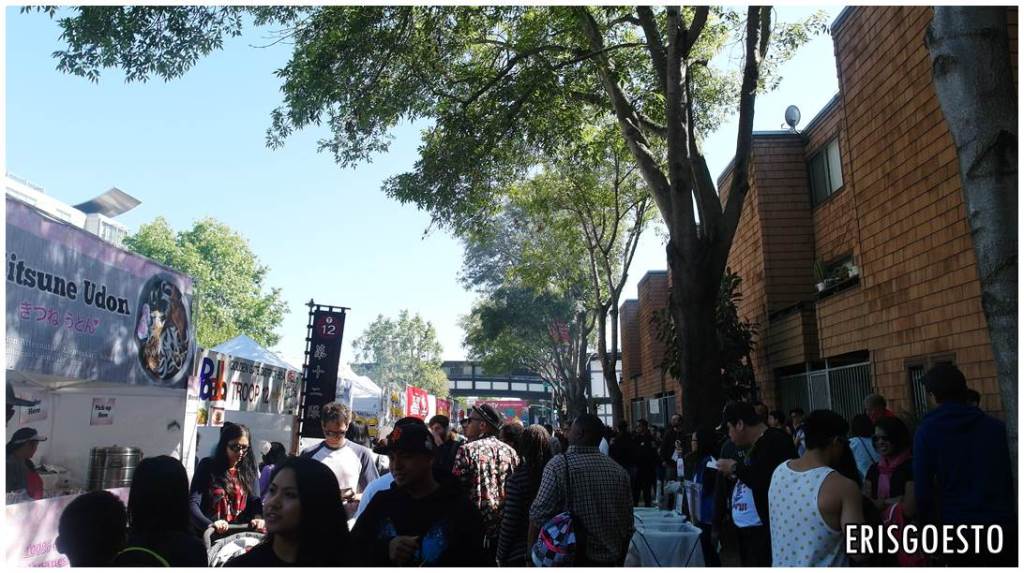 We got Spam Musubi, a Japanese-American snack. Basically someone thought up the brilliant idea of putting fried spam on top of sushi rice, then wrapping seaweed around it. Voila!

The Hello Kitty Cafe mobile van was very popular as people clamoured around it to take photos of cutesy HK-shaped dishes and desserts. There was also a giant inflatable HK. 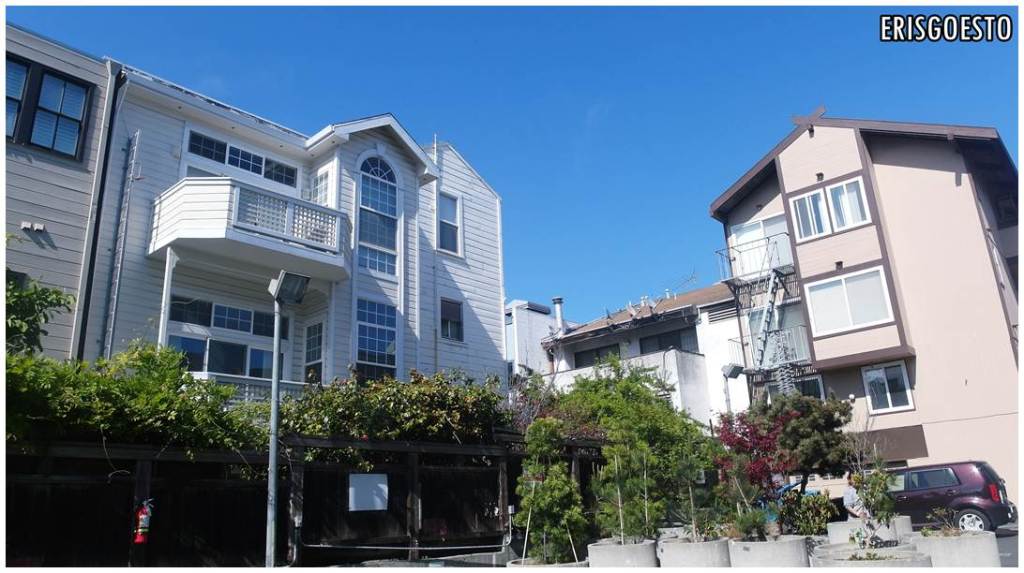 Cutting through a back lane to another block.

If you’re going to the Fest next year, I suggest to empty your bladder thoroughly. I really had to pee and couldn’t wait in line at the shopping mall because of the long queue, so I ended up using one of those portable toilets. Let’s just say that I will never look at pudding the same way again…the open toilet was smelly and so disgusting, I couldn’t eat dinner afterwards coz the image kept appearing in my mind lol.

Not limited to Japanese items, one can find lots of other souvenirs and crafts such as bags, shoes and purses. 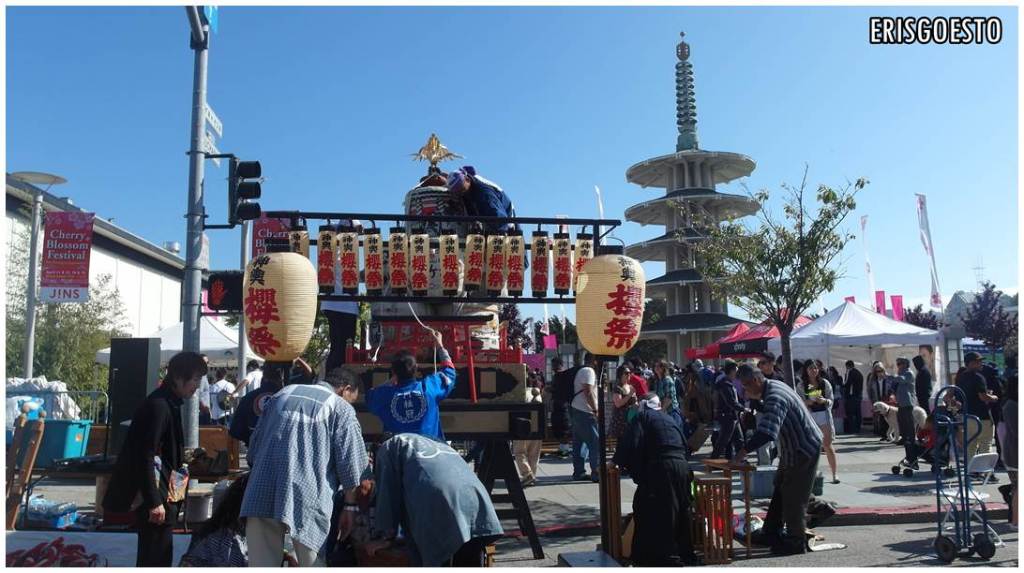 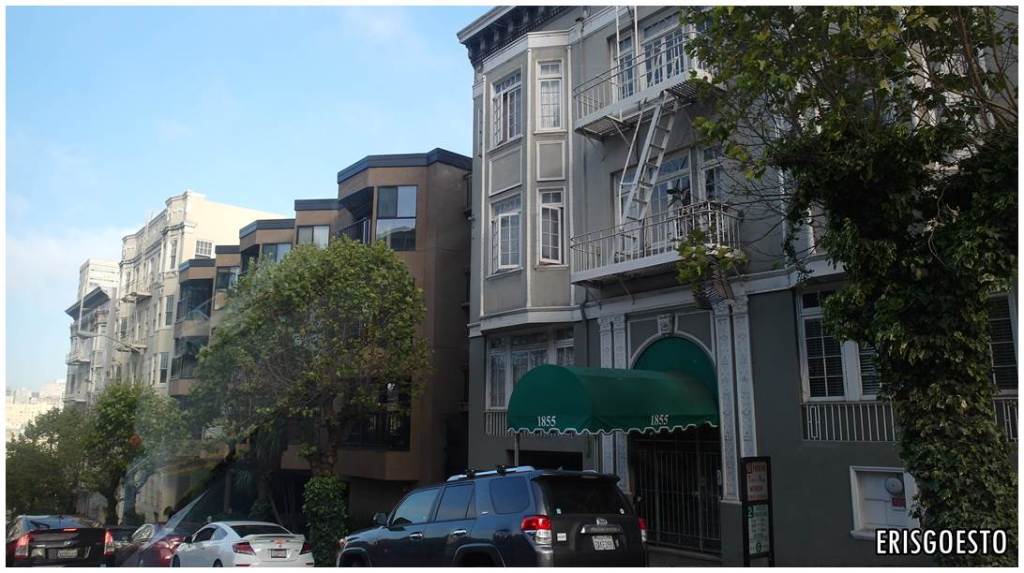