I know, I haven’t updated for close to a month now. Being cooped up at home is getting stressful, even for shut-ins like me who can go for long periods of time without human interaction lol. Even embroidering (hobby I picked up earlier this year) has lost its spark.

For some reason, I can’t seem to get out of this state of languishment. I dread having to submit work these days, despite having the luxury of working from home. Also I had a COVID scare a couple of weeks ago; tested negative and recovered from the flu, but ever since then I’ve been having trouble breathing / a feeling of tightness in the chest. The doc says it could be GERD, but it could also be anxiety.

I feel slightly better this past week, so I’ve been going for walks around the neighbourhood, just to get out of the house and get some fresh air. It’s funny how being deprived of the basic freedom of going out without worry, changes the way you see things. Every leaf seemes greener, and I notice tiny details, on shrubs and flowers and on the ground, that I would never have paid attention to before. It’s true what they say about not knowing what you have until it’s gone.

Here are some photos from my walkabouts. Enjoy!

Hope you enjoyed this photo series!

Hope you’re all doing okay, wherever you are.

The Royal Floria Putrajaya – Malaysia’s premiere flower and garden show – has been held annually for over 10 years now. First conceived in 2008, the idea was to have the nation’s very own version of famous horticulture shows such as the RHS Chelsea, Hampton Court and the Melbourne International Flower and Garden Show. 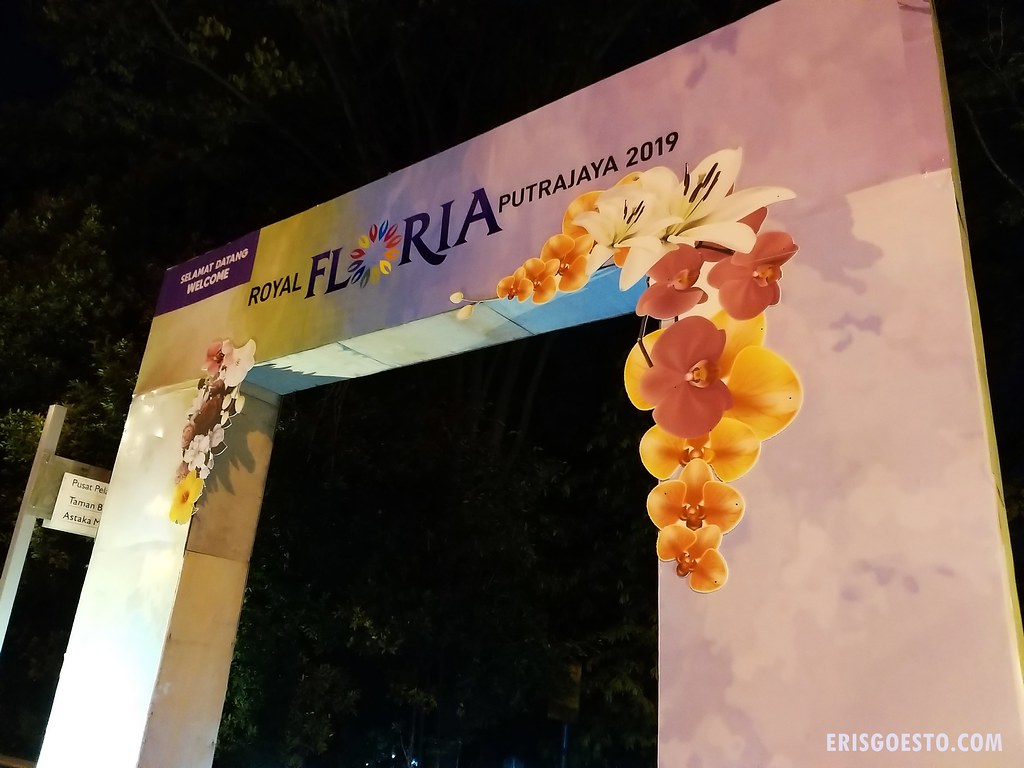 Last year’s Floria was a pretty well organised affair, so I was surprised (and quite disappointed) by the quality of 2019’s event, which has significantly dropped. I think the organisers know this too, as the entry price is much cheaper (RM5 for Malaysians, RM10 for nons). They’ve also moved the venue from Anjung Floria (near the lakeside), to Taman Botani Putrajaya. It’s not convenient for a couple of reasons: 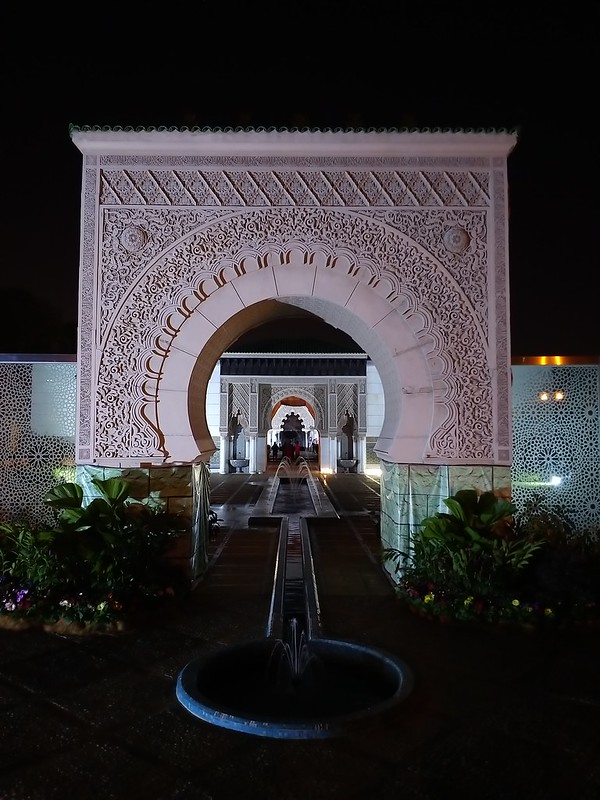 We went at night because it was cooler. While you’re here, check out the cool-looking Astana Morocco, or the Moroccan Pavilion, which was built with the assistance of the Moroccan government and artisans. The Moorish architecture, reminiscent of places like Cordoba and Granada in Spain, features walls, pillars and archways covered in exquisite detailing. Geometric motifs abound on tiled floors, and water flows from beautiful basins. It’s no wonder the place is popular for wedding photoshoots. 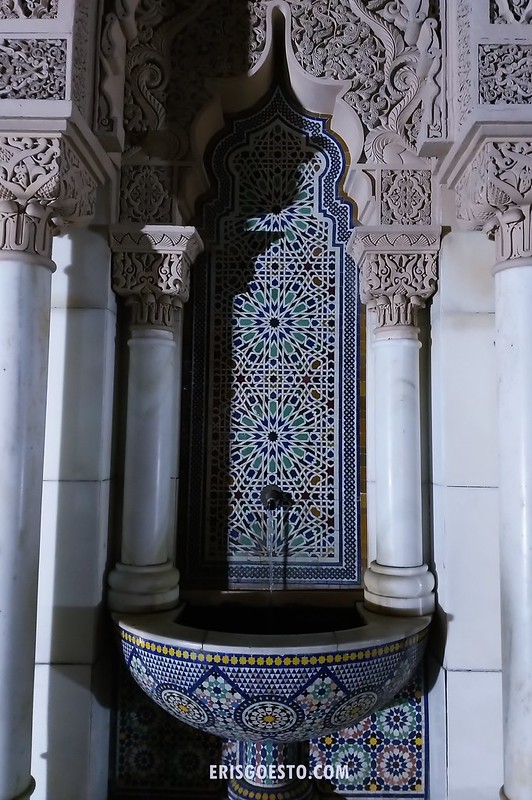 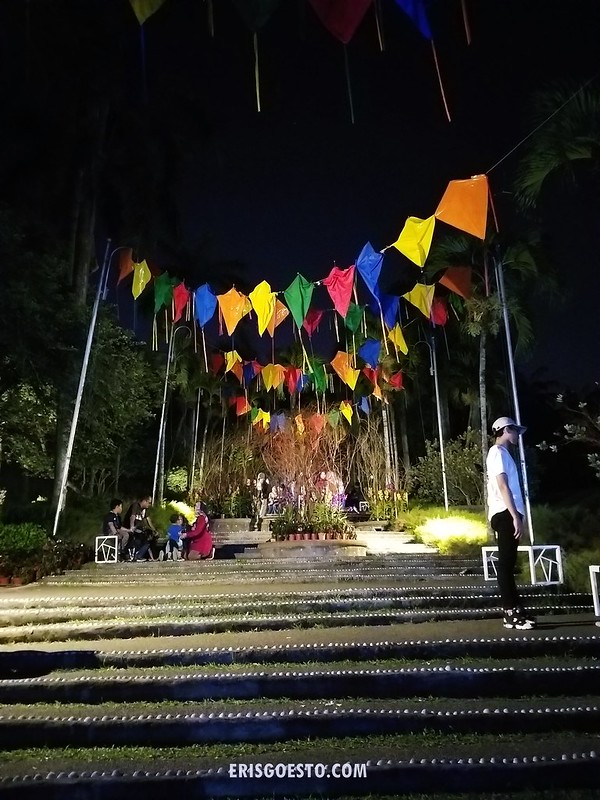 To be frank, the exhibits were not as impressive as the previous edition, and they were so scattered across the park that we had a hard time walking around (pretty sure we missed out on a few due to poor directions and just the general layout of the place, with its undulating hills. Good workout though!)

Another point that they could improve on is lighting. I understand it’s hard to light up an entire park that is meant to be visited in the day, but there were exhibits sitting in the middle of nowhere and paths that were poorly lit. Almost fell flat on my face a couple of times after tripping over branches/holes in the ground and whatnot.

That isn’t to say that there weren’t a few interesting displays, however. Here are some highlights: 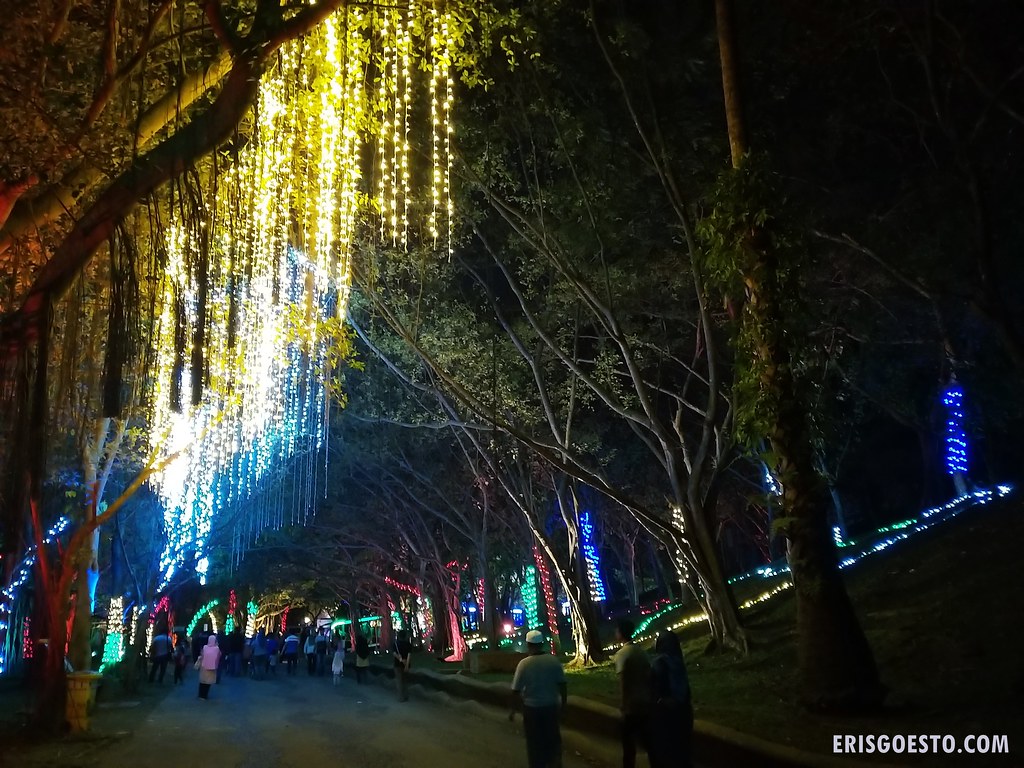 This avenue of trees by the lakeside, draped over with colourful fairy lights. 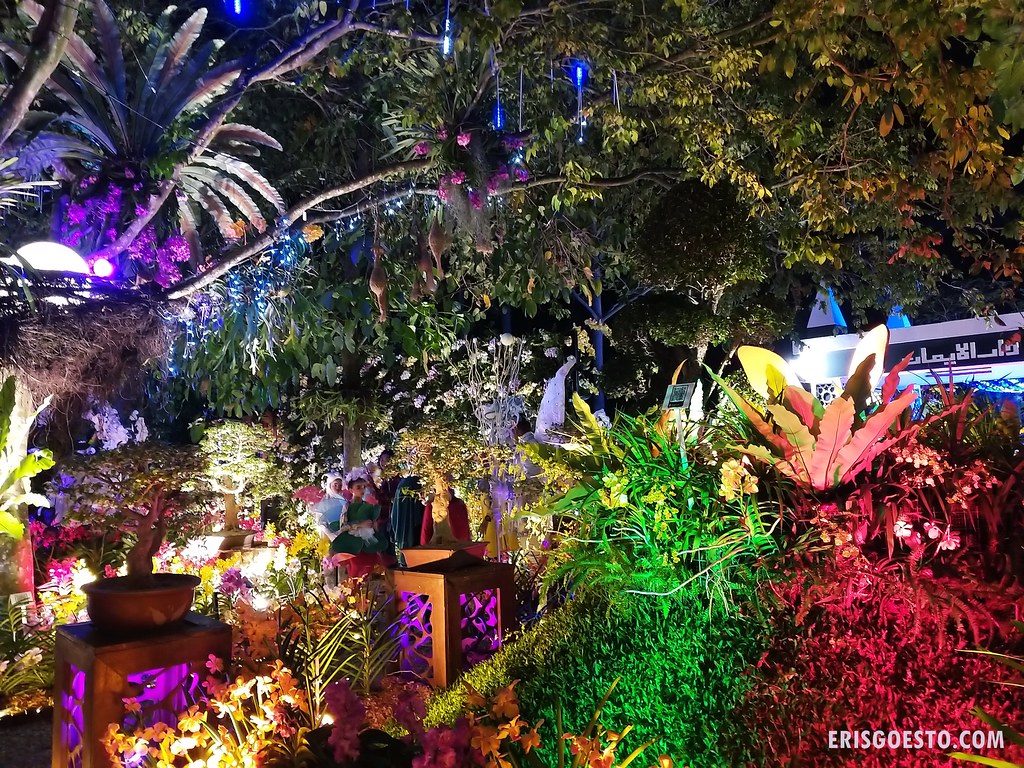 By far the most impressive showcase was by Dewan Bandaraya Kuala Lumpur. Beautifully landscaped with various plants and flowers,  great use of lighting, and they even had actors playing fairies to take photos with visitors. 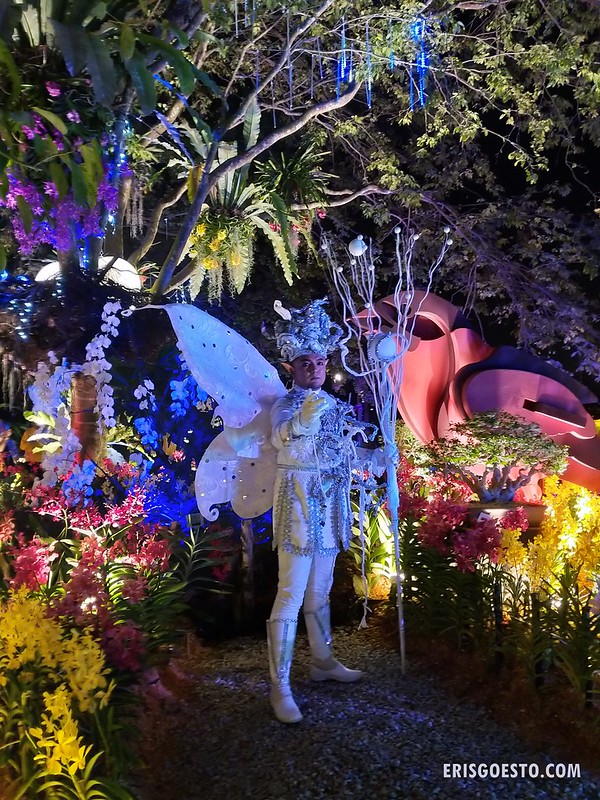 Kudos to Mr Fairy. I was sweating in a T-shirt and shorts, and he had make up on + what looked like a heavy costume and headdress. 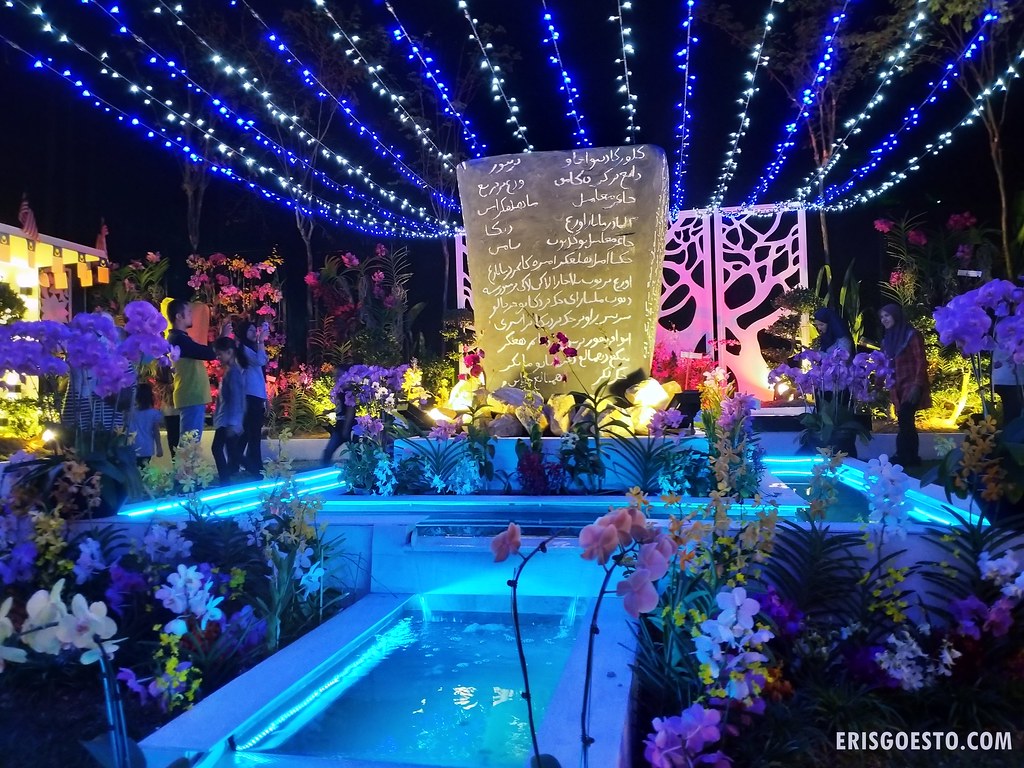 A display representing the state of Terengganu, including a replica of the famous Batu Bersurat, a 700-year-old granite slab inscribed with verses in Jawi (Classical Malay script) surrounded by water ways and flowers. 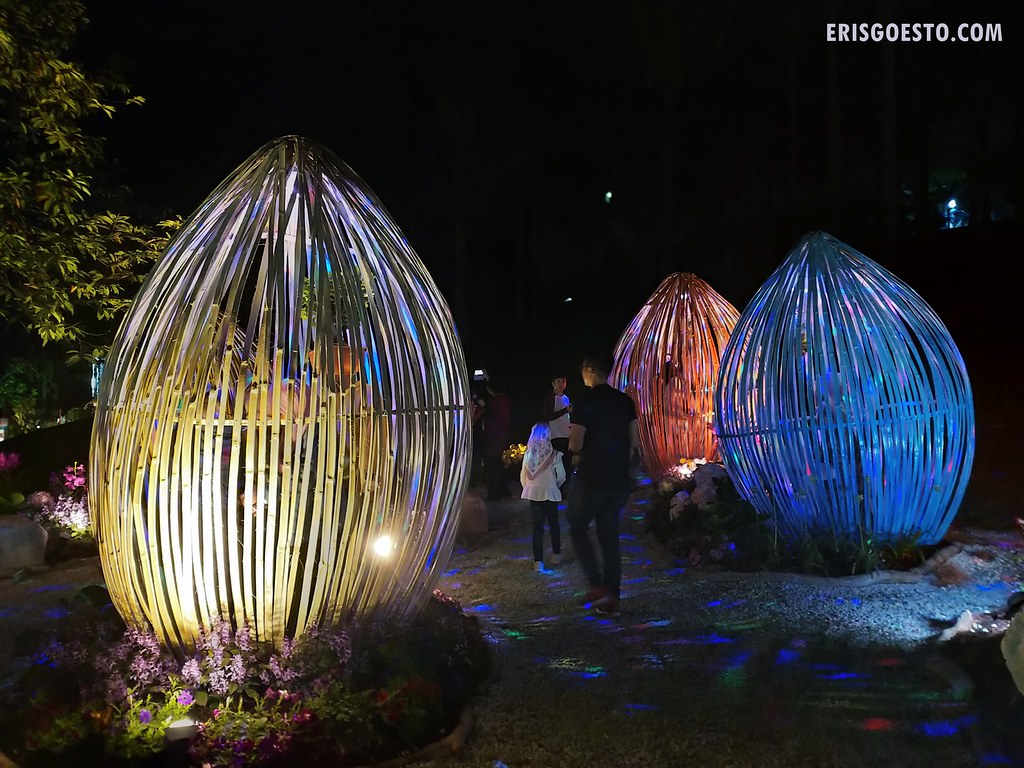 I dub this the Onion Disco, because they’re shaped like onions and they had disco lights inside. 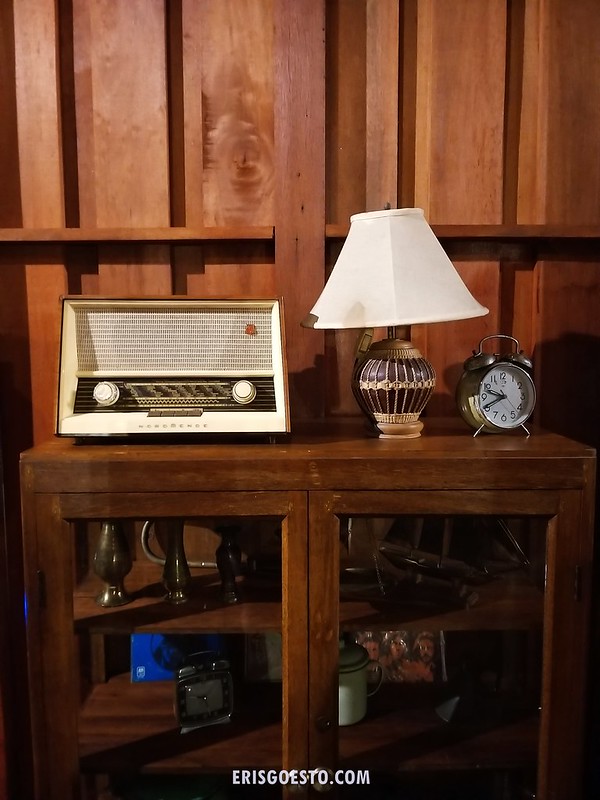 Antiques and vintage paraphernalia inside a replica of a traditional Johor-style kampung (village) home on stilts. 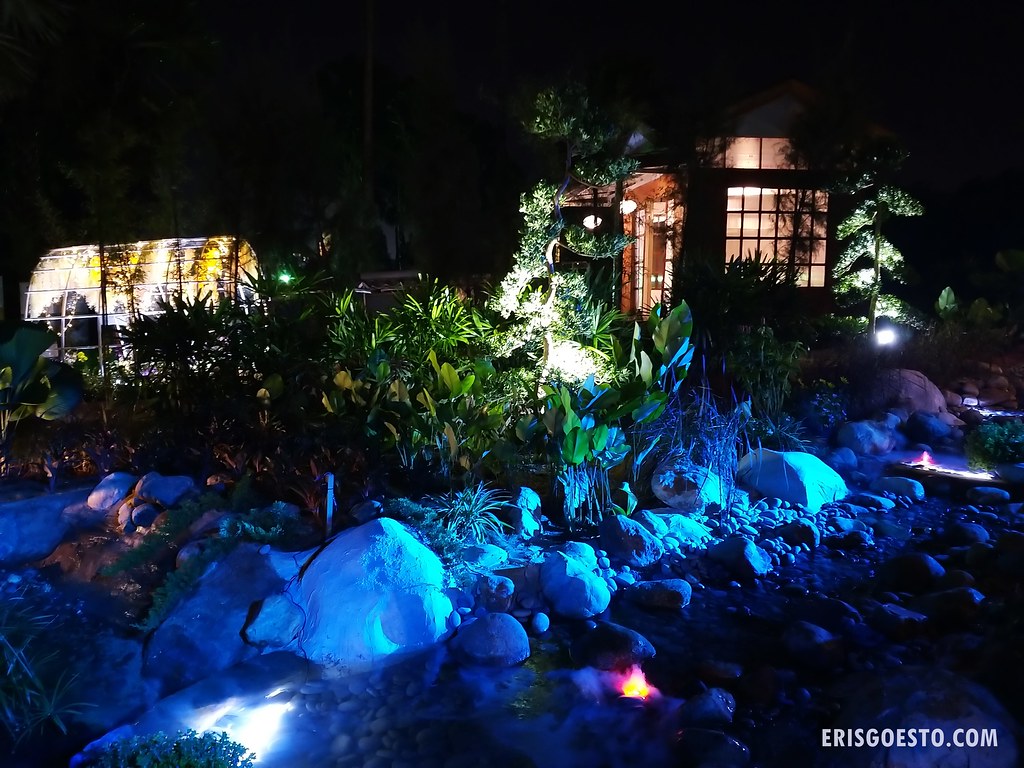 A Japanese garden, complete with a bamboo water feature and a small flowing stream. 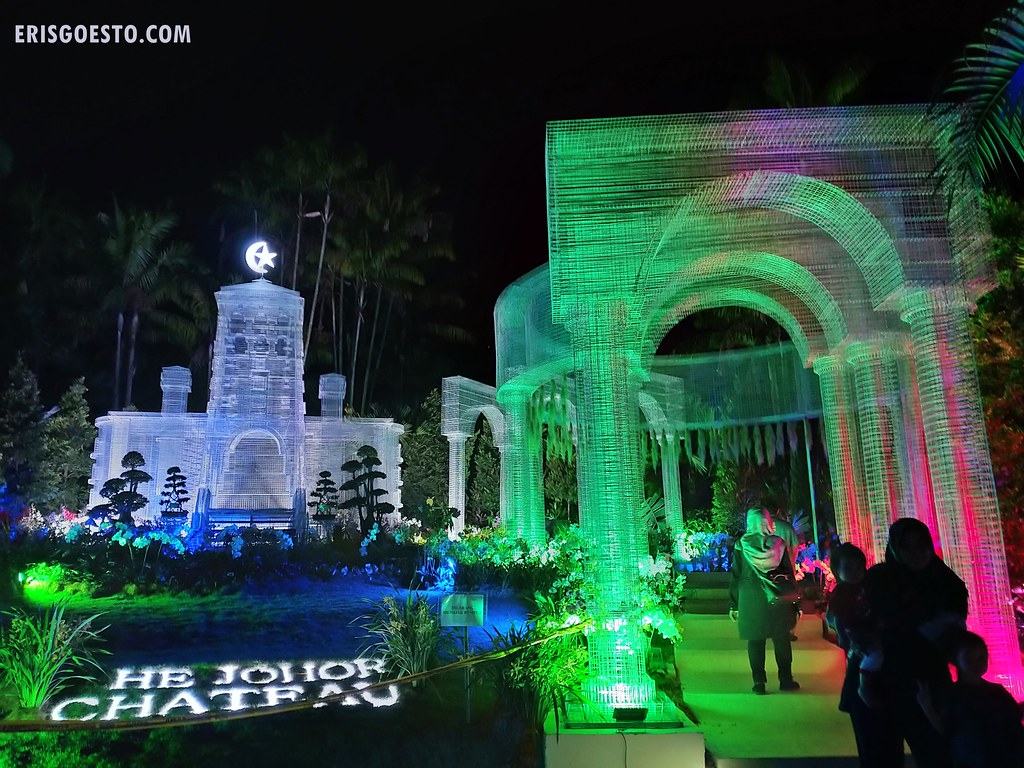 Another interesting exhibit – the Johor Chateau featuring wires strung together to form archways and a building.

Royal Floria Putrajaya will be running until September 8, so there’s still time to catch it this weekend at Taman Botani Putrajaya, Precinct 1, Putrajaya. It is open from 10AM – 10PM.