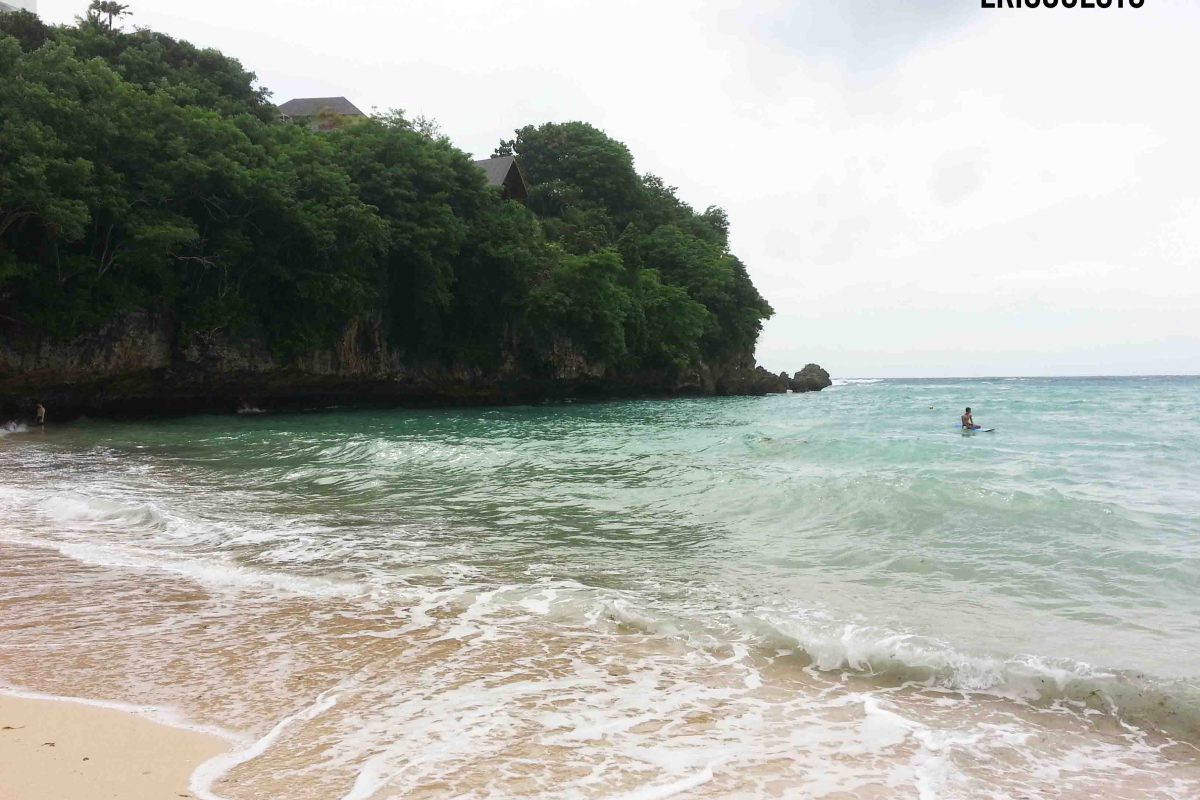 Having a local bring you around places has it’s perks – they know places that aren’t overcrowded or too touristy….like Padang-Padang Beach in Uluwatu, Bali – which was our first stop on our first day on the island. Situated some distance away from town, (a good 40 minutes drive from where Toto picked us up from the airport), the beach is tucked in a little nook, which requires visitors to descend a steep staircase cutting through a natural rock formation. 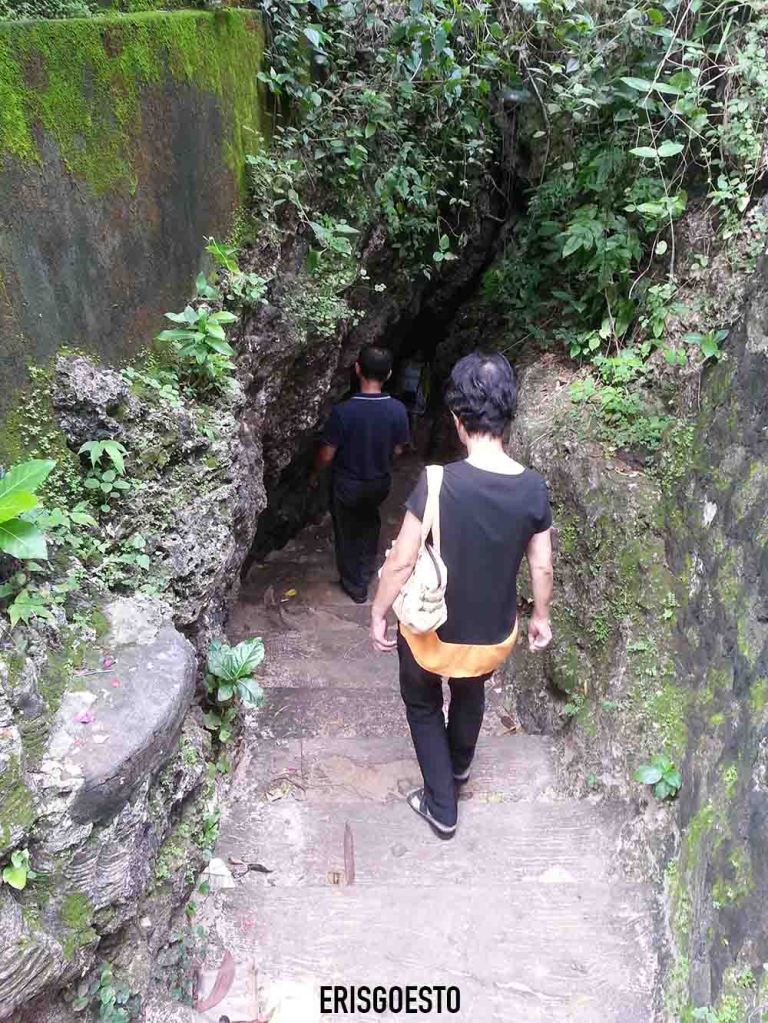 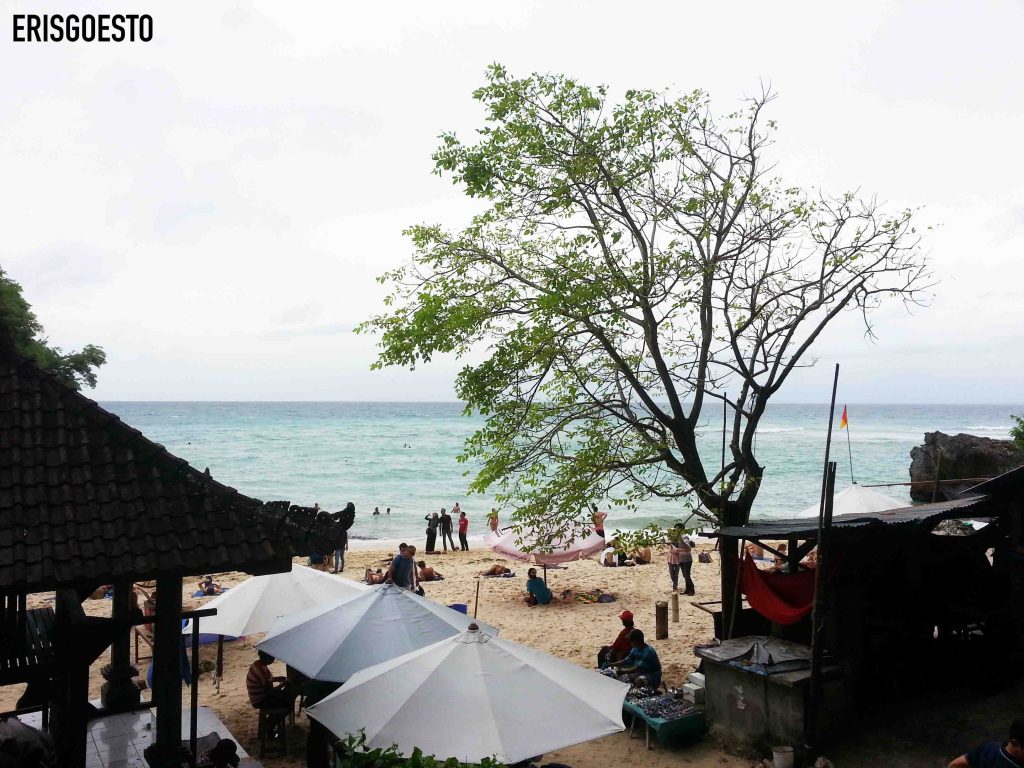 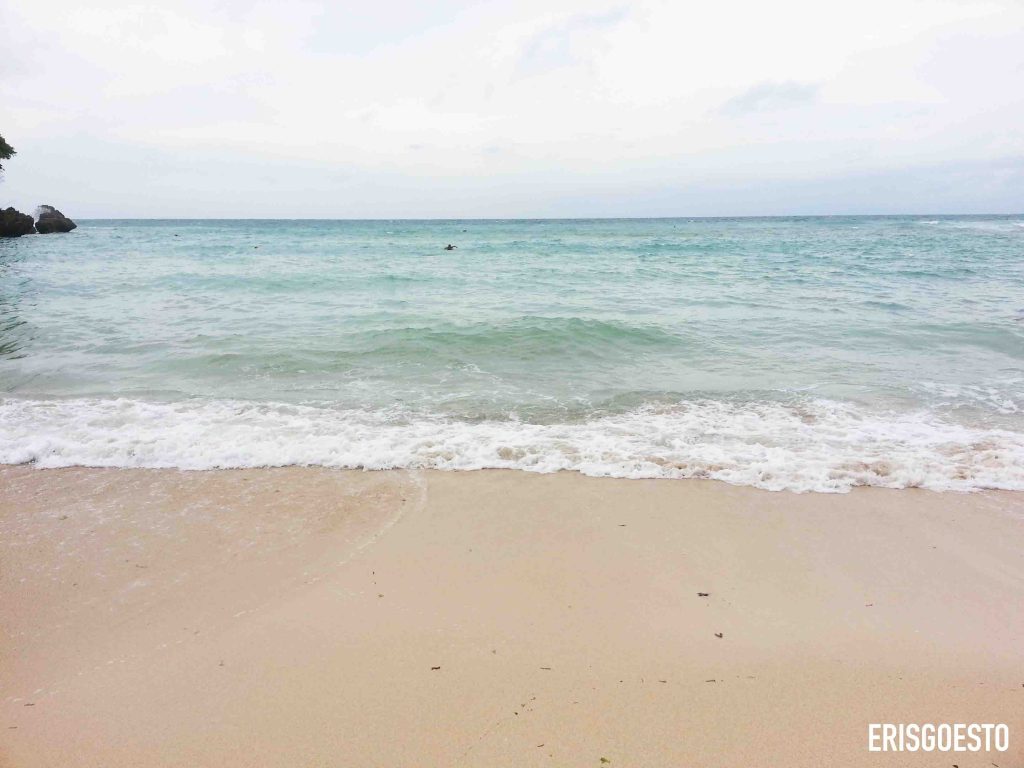 Unlike Kuta beach and it’s throng of tourists, Padang-Padang was relatively quiet when we visited. There were a few angmohs sunning themselves, some young boys surfing, but other than that the white sand was pristine and untouched, and the water was an absolutely breathtaking shade of unpolluted turqoise. It was like looking at liquid gems. A picturesque shack that acted as a cafe, with surfboards propped up against one side of it, added to the whole island getaway scenery. 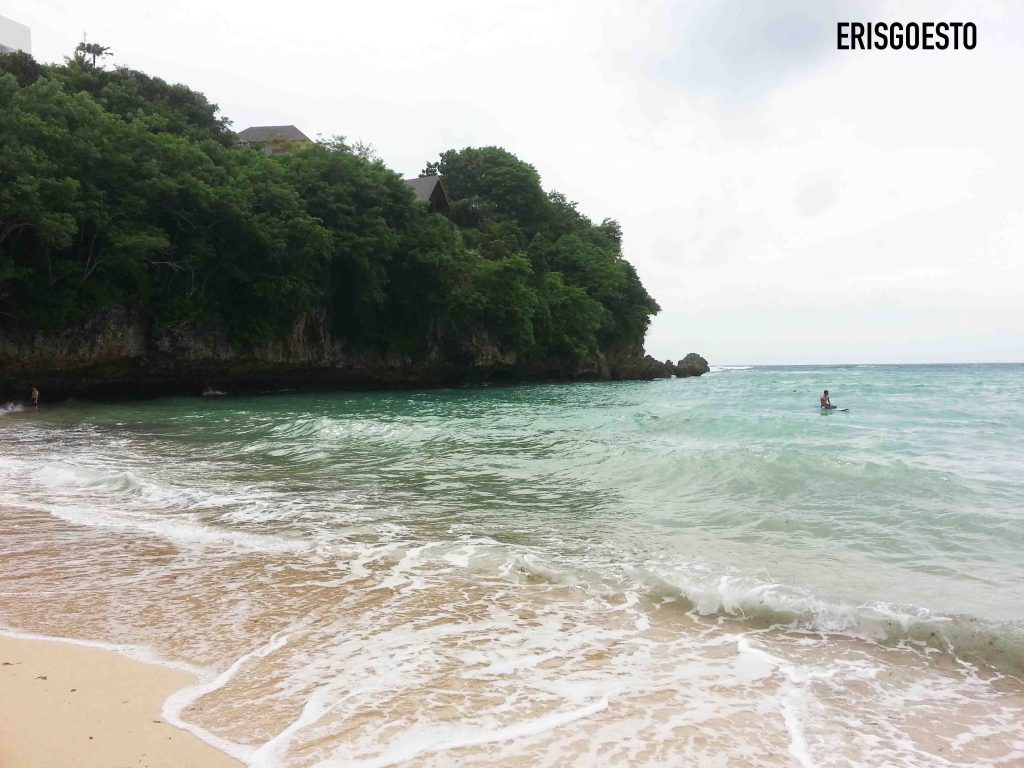 The beach itself wasn’t big – only spanning 100ms or so. There is a cliff overhung with greenery at one end, and huge rocks on the other, so the beach makes sort of a C shape. The waves are pretty high, making it a favourite for surfers. (note: Bali is famous among Aussies! )

The water was so clear and blue (but I didn’t have a change of clothes D:) , so I just sat there on the sand and took in the hot sea breeze. 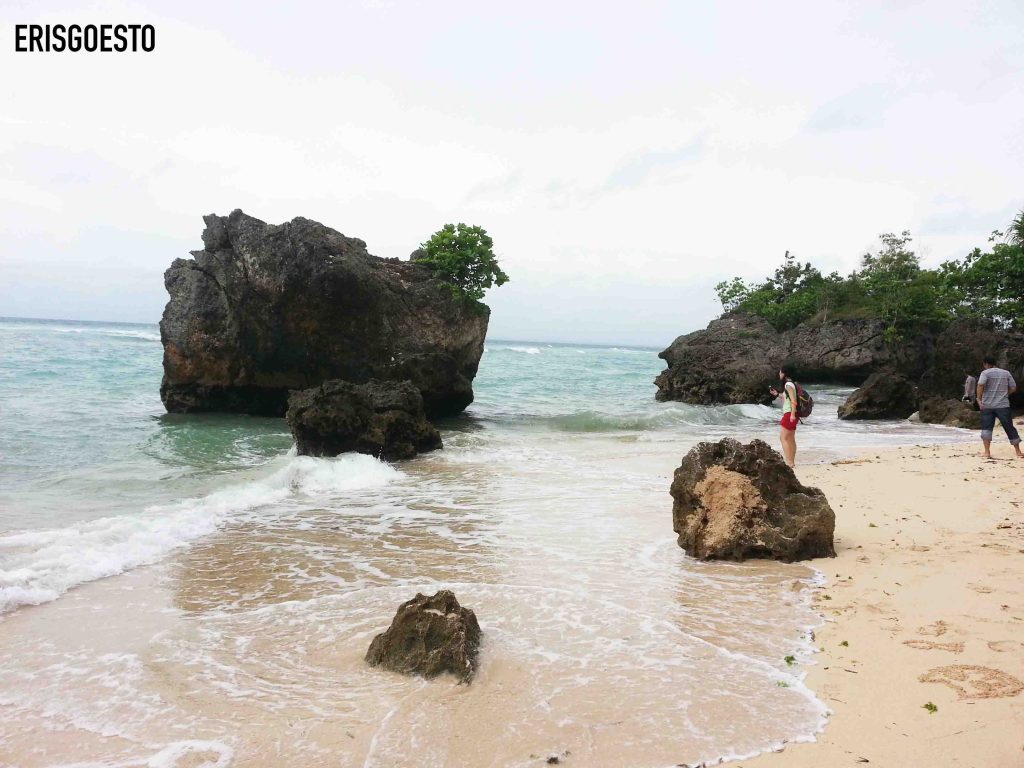 The closest beach to my place is two hours drive, and the water is brown. This, in comparison, was heaven. 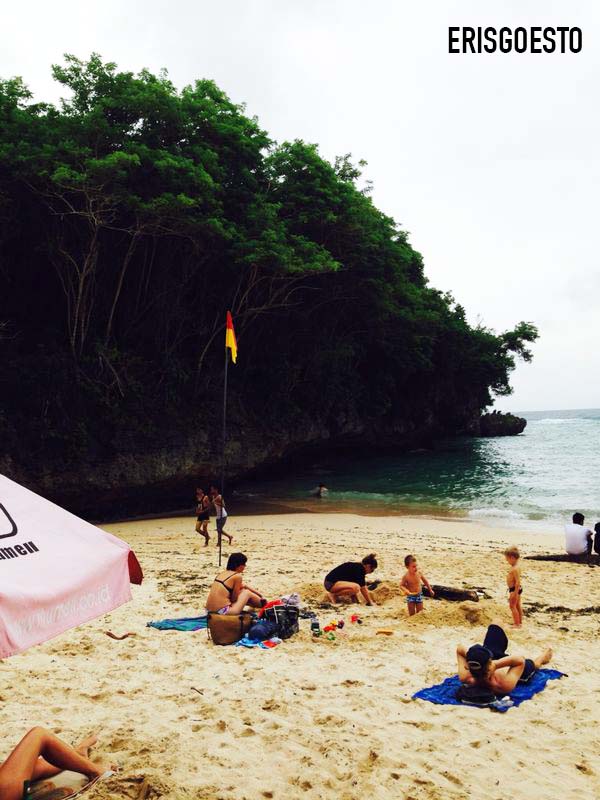 Unfortunately, there were no hunks in the crowd.

The beach is located at Jalan Labuan Sait, Pecatu Village. Public transport seems rare, but there’s a parking area for those driving scooters.