Ah, Paris. The City of Light and Love. It’s a must visit on (nearly) everyone’s bucket list, and no wonder: the city has been a global hub of finance, arts, science, fashion and commerce since the 17th century. Every year, millions of tourists flock to Paris for a taste of its amazingly rich history, culture, food and architecture.

Here are some of my top Paris attractions that visitors should not miss!

As the only Disneyland in Europe, Disneyland Paris or EuroDisney is a major draw for tourists coming to Paris, and is one of the most visited theme parks in the region. There are two areas: one dedicated to ‘old school’ Disney with characters such as Aladdin, the classic Disney Princesses and Jungle Book, and the other to newer Disney films such as Toy Story and Finding Nemo, as well as thrilling rides like Space Mountain and the Tower of Terror. At set times, there are parades over at the central avenue featuring all the well-loved Disney friends, such as Mickey and Minnie Mouse, Donald and Daisy Duck, Goofy and the gang.

The world’s largest art museum needs no introduction. Opened in the 18th century from a converted fortress and palace, The Lourve has been featured in countless stories, poems, songs, and in modern times, movies. Housing over 30,000 artifacts and art pieces, its most popular ‘resident’ is perhaps the lady with the mysterious smile, the Mona Lisa. The main building sports stunning old architecture, although in recent years, the glass pyramid, dubbed the Lourve Pyramid has stolen some of the limelight. Either way, the place is a must visit for photos, even if you’re not lining up for a date with Mona Lisa.

This iconic metal structure is now a symbol of Paris, but did you know that when the Eiffel Tower was first built as the entrance to Paris’ 1889 World’s Fair, it was criticised as an ‘ugly abomination’ by France’s leading artists and intellectuals? Today, close to 7million people ascend it every year, and it has become one of the most recognisable landmarks in the city of Paris. Standing tall at 324 metres (about 81 storeys), the tower has three platforms, with the first and second levels housing restaurants and shops.

Another one of Paris’ iconic architectural pieces is the Arc de Triomphe, or the Triumphal Arch of the Stars. Built in 1806, it stands at the west end of the Champs Elysees and is the world’s biggest arch, constructed at a monumental sum (for that era) of 9.3million francs. The grand monument honours those who fought and died for France in the French Revolutionary and Napoleonic Wars. Names of French victories and generals are inscribed into the arch, with six reliefs of battles, decorated with characters from Roman mythology. Underneath the arch is the Tomb of the Unknown Soldier from World War I. Visitors who wish to know more about its history can visit the museum, located within the arch.

TOUR DOWN THE RIVER SEINE

Cutting through the city is the Seine, a 777km-long river that starts from northeastern France, flowing through Paris, before ending into the English Channel at Le Havre. Most of Paris’ 37 bridges span the river, including the Pont Alexandre III and Pont Neuf. The best way to get a quick glimpse of everything is via boat tours down the river, which will pass by such attractions such as Notre Dame and the Grand Palace.

HOW TO GET AROUND

If you’re a first timer to Paris, navigating a new city can be a daunting task, especially if you don’t speak the local language. Thankfully, Paris has an intricate transportation network and various options to fit every traveler’s needs.

There are two major airports in Paris, the largest being the Roissy-Charles De Gaulle (CDG) which serves international flights, and Orly, which serves domestic and European flights. A third airport, the Beauvais-Tille Airport, is located further away, in the Northwest of Paris, and receives travellers from European destinations. From the airports, travelers can choose to take the train, car, bus, taxi or shuttle to get around. Here are some tips on the best Paris airport transfers to and from the city: 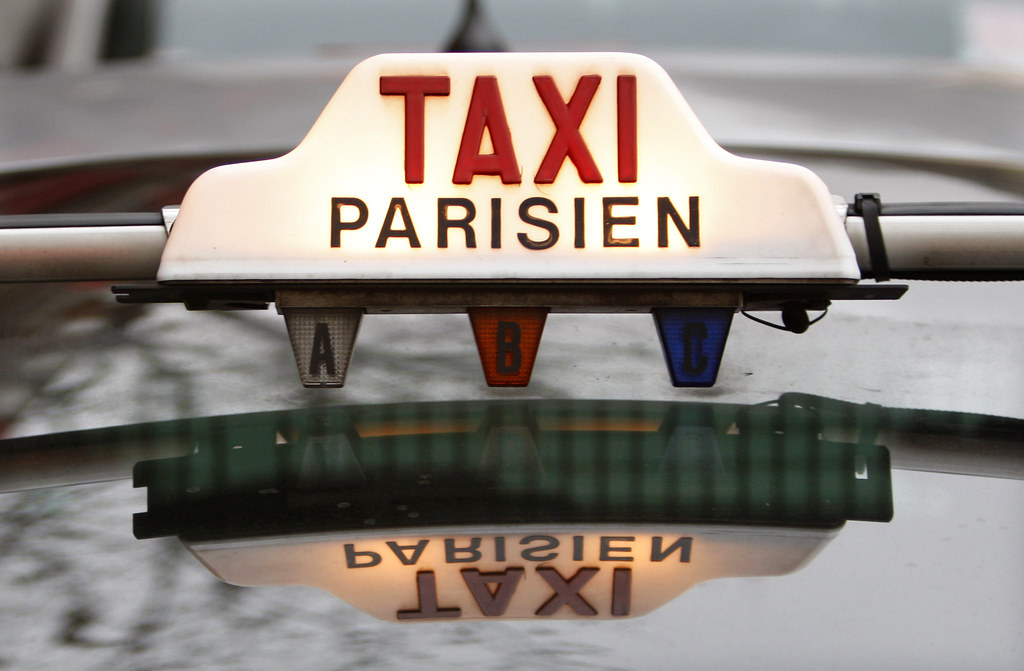 If you’re travelling in a family with small children or seniors, a taxi or a shuttle is the best option. It’s safe and convenient, and you don’t have to worry about missing the schedule, unlike with trains or buses. It’s also hassle-free, since you won’t have to lug heavy luggage up and down stairs at the various stations.

But what if I can’t speak French and the driver can’t understand me?

Well, there’s T2 Transfer,which provides private taxi and group shuttle airport transfers to and from Paris. Their drivers are able to communicate well in English, and the service covers all three airports (namely CDG, Orly and Beauvais) to destinations such as the Paris City Centre, Eiffel Tower, Gare de Lyon and Gare du Nord train stations, as well as all Euro Disneyland hotels. Taxis are able to fit three people (additional charges for extra passengers) while the van shuttles are able to fit a maximum of 8 people. Rates are competitive, especially if you are sharing the cab/van with other family members or fellow travellers.

For a seamless experience, book your taxi or shuttle online 48 hours before arrival, and either pay online through Visa and Mastercard, or by cash to the driver once you’ve arrived at your destination safely. The team follows real-time flight changes so be rest assured that your driver will be waiting (at arrivals holding a placard with your name, so you won’t miss it!), even if your flight is delayed. 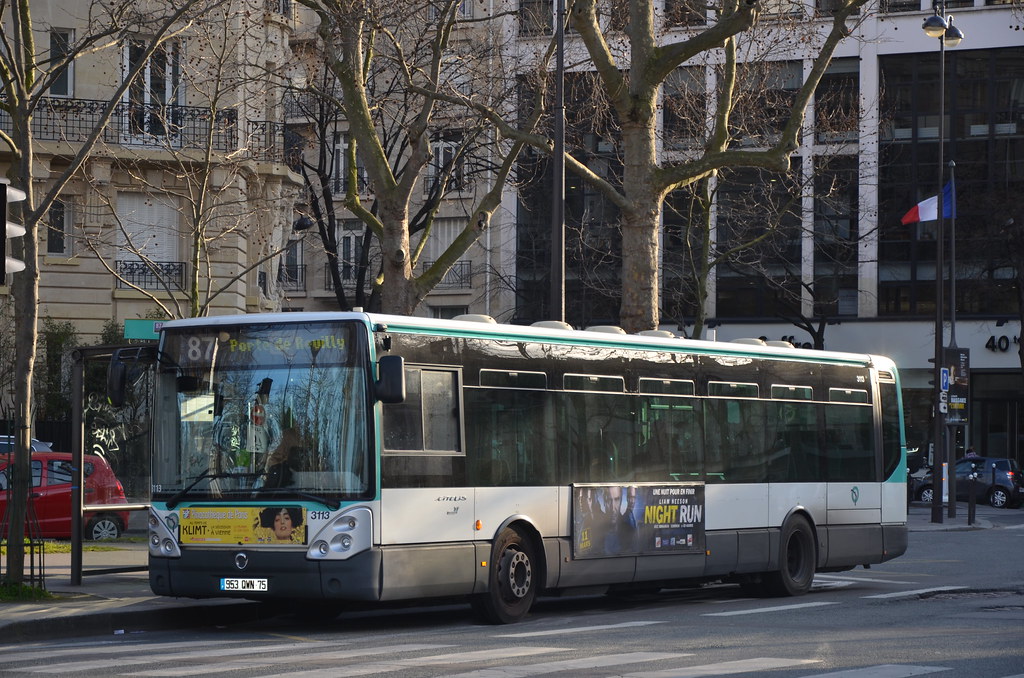 Buses are no doubt one of the cheaper options available, suitable for those on a tight budget or young travellers, since it might involve having to carry heavy luggage on and off the buses and while waiting at bus stops. From CDG, there is the RoissyBus that runs daily from 5.45am-11pm, departing every 15-20 minutes, for €12 (one way). Meanwhile, Bus Direct offers regular bus services from Paris to Orly, as well as attractions like Arc de Triomphe and Eiffel Tower every 15 minutes (between 5am – 11.40pm). However, due to the stops, it may take a longer time compared to a shuttle or a taxi.

For night travellers, there is a night bus service line called Noctilien (N31 & N120), which operates every 30 – 60 minutes : a little risky if you’re taking a dawn flight and you miss the bus. For peace of mind, I’d recommend just booking the taxi or shuttle from T2 Transfer since they literally pick you up from your doorstep and drop you off at the airport, and vice versa. 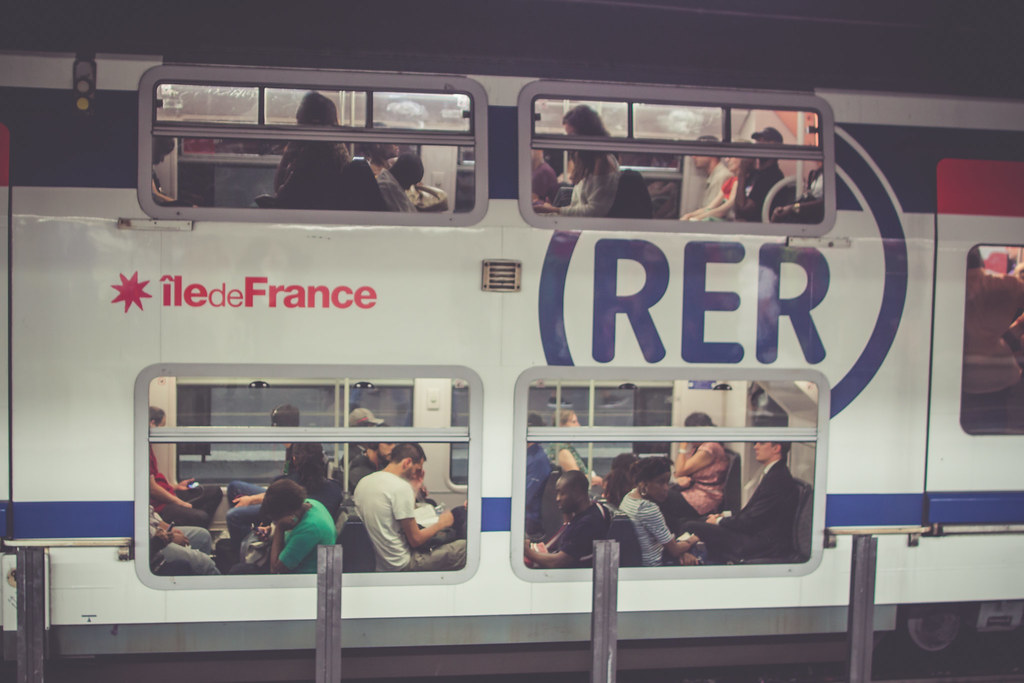 Another wallet-friendly option is the train. In Paris, the local trains are called RER (Réseau Express Régional), providing connectivity from the airports to the city and attractions such as Disneyland. Again, it might be difficult for families travelling with young ones or seniors due to luggage.  European travelers making connecting international flights from Orly airport to CDG may also use the train as it takes about 60 minutes at a cost of just €17.90.