Partygoers in Malaysia (and Singapore) will be familiar with Zouk – one of the biggest names in the Asian clubbing scene. In recent years, the brand has been moving towards more lifestyle-oriented offerings – which is why at Zouk Genting, they have a number of other outlets (besides the main club), such as the games lounge Redtail by Zouk, hiphop club Empire, and Redtail Karaoke. 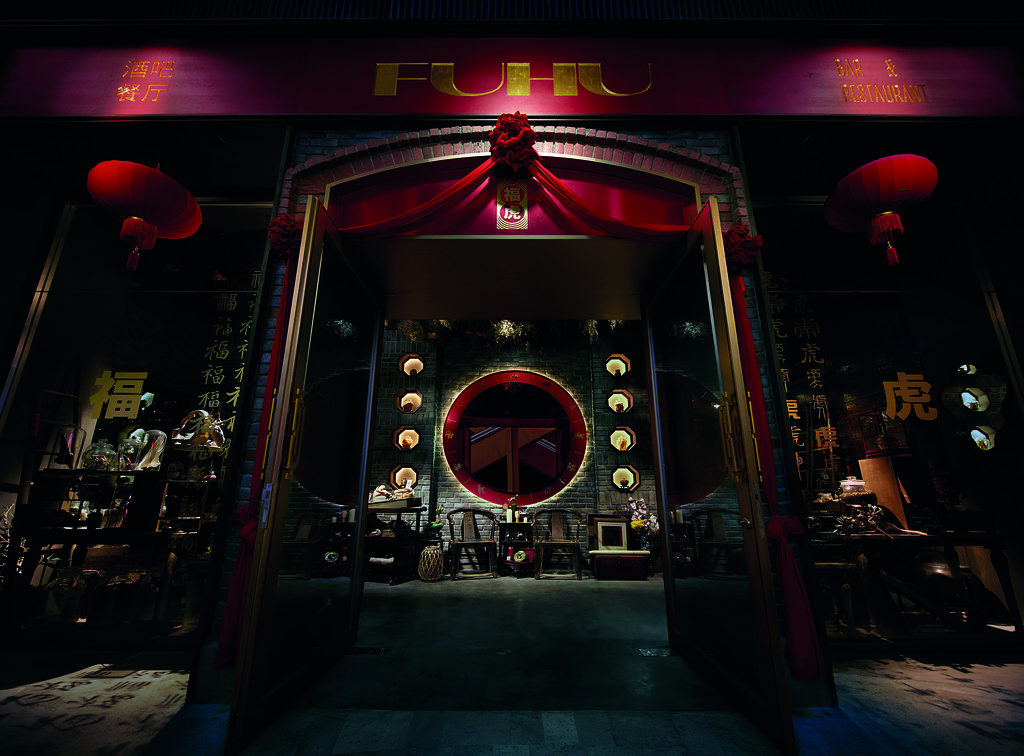 The latest to join the Zouk Genting family is FUHU. Meaning “Lucky Tiger” in Mandarin, the new ‘vibe dining’ experience entails contemporary Chinese cuisine created by Hong Kong “Demon Chef” Alvin Leung, whose unique yet nostalgic creations fuses East and West; reimagining Asian flavours with a modern spin on classic fare. Its also the perfect place for pre-drinks and after-party drinks with friends, all in a fun and lively atmosphere. 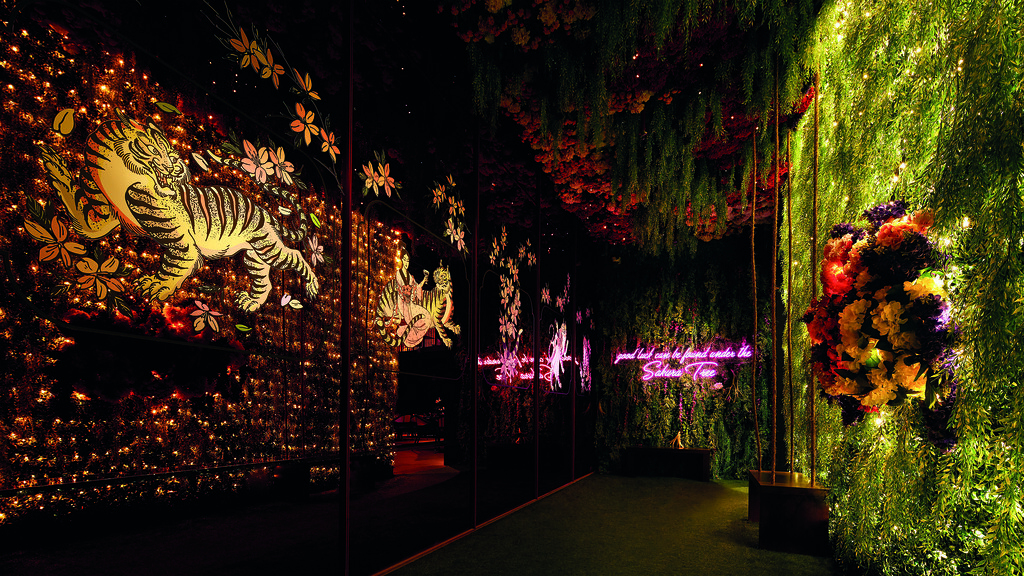 Entering through the apothecary-themed entrance, diners venture in through an Instagrammable passageway, complete with mirrors on one side of the wall that reflect lights on the other. The effect is rather ethereal, as you make your way into a mysterious ‘garden’ of sensory delights. 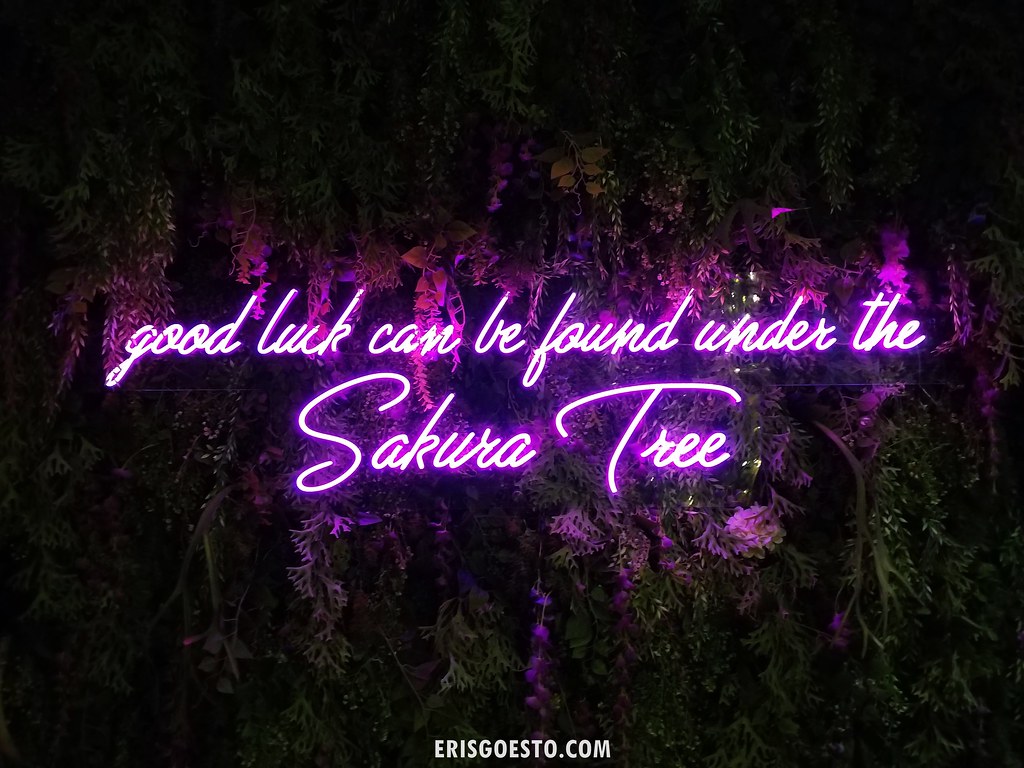 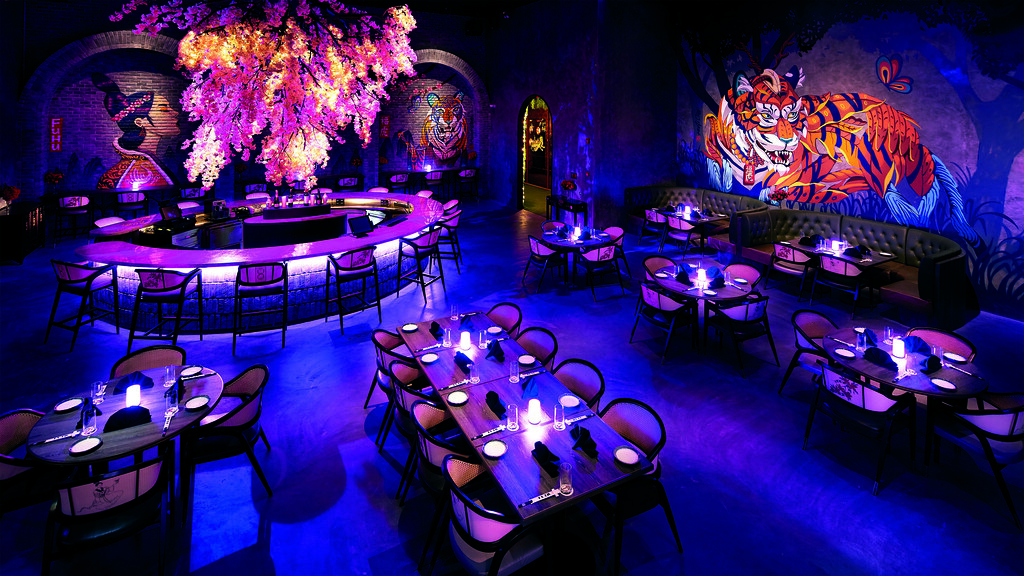 Emerging, be awed by the cool and trendy chinoiserie interiors, which play on elements found in traditional Chinese apothecaries juxtaposed against a garden of wonder brought to life by artful lighting and pop art graffiti. The restaurant covers 750 square metres of space, and seats up to 150 diners. 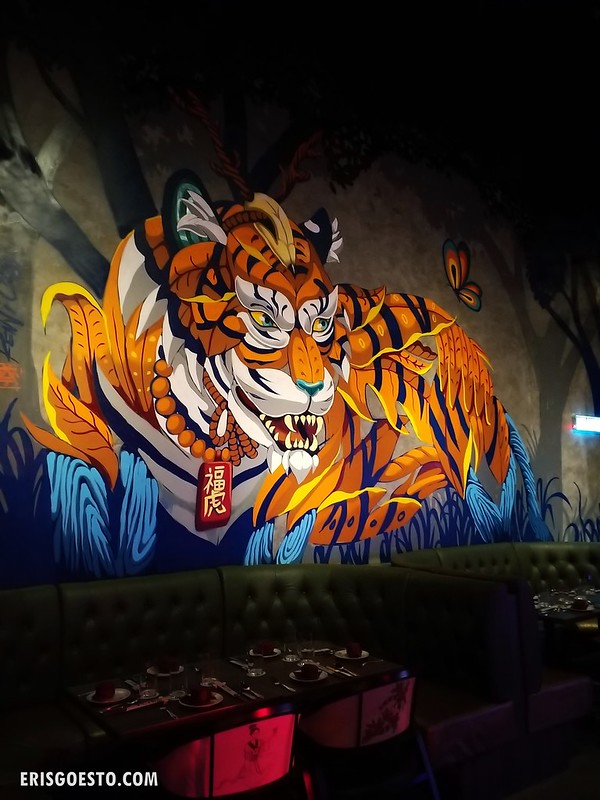 Celebrated graffiti artist, Kenji Chai brings to life the tale of Lady Meng and the Tiger in a floor-to-ceiling mural, while elements of traditional Chinese culture such as rosewood chairs and Ming-dynasty blue and white porcelain motifs transport guests into the story. The centerpiece is the bar area, which features a life-sized sakura ‘tree’ glowing in the dark. If you’ve always wanted to try food by a Michelin-starred chef, here’s your chance. The menu at FUHU was created in collaboration with Chef Alvin Leung. One of the biggest names in the Asian culinary arts scene, Leung is an unconventional figure known for his ‘X-Treme Chinese Cuisine’ and molecular gastronomy, and has three Michelin stars for his restaurant, Bo Innovation, in Hong Kong. The menu at Fuhu, however, will be a departure from his usual style of cooking, and instead pays homage to the unique Chinese dishes from where Leung was born and raised, namely London and Toronto. As such, diners can enjoy smaller plates for sharing, or full-blown Chinese meals complete with rice and dishes. 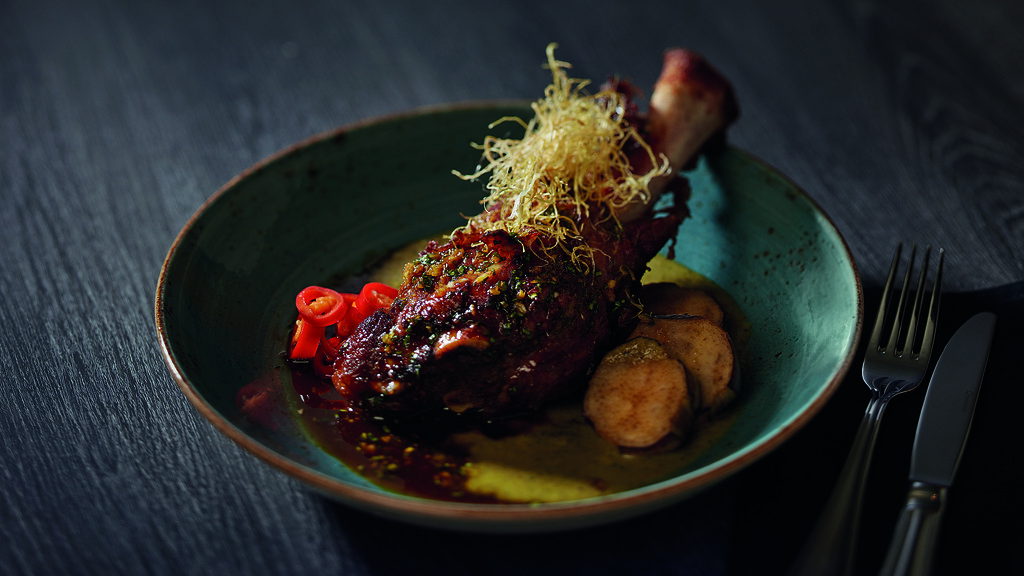 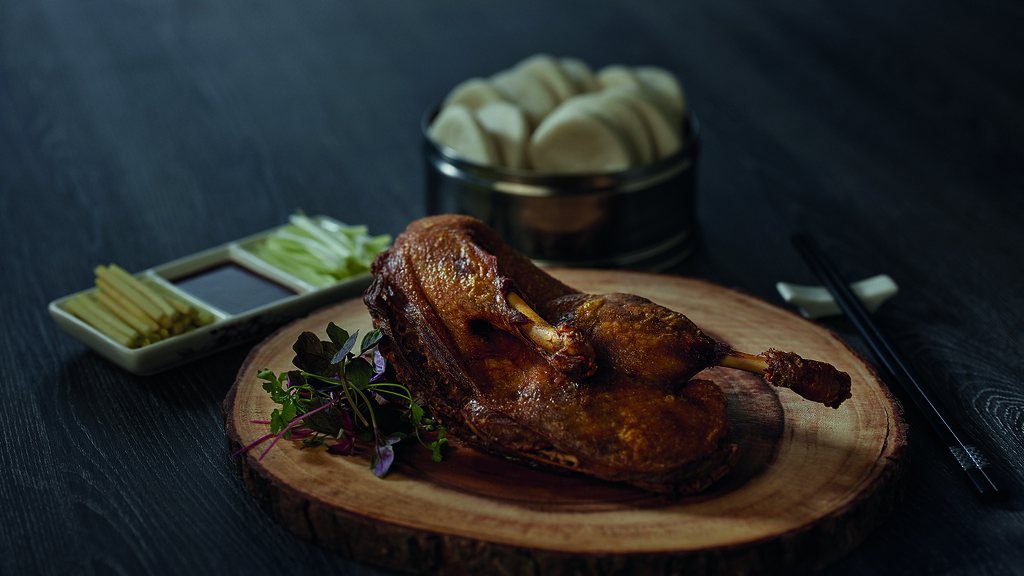 Aromatic Crispy Duck. The way you eat this is by shredding the meat and placing it into the soft mantou with some of the sweet sauce and vegetables, making for comforting bite-sized morsels. 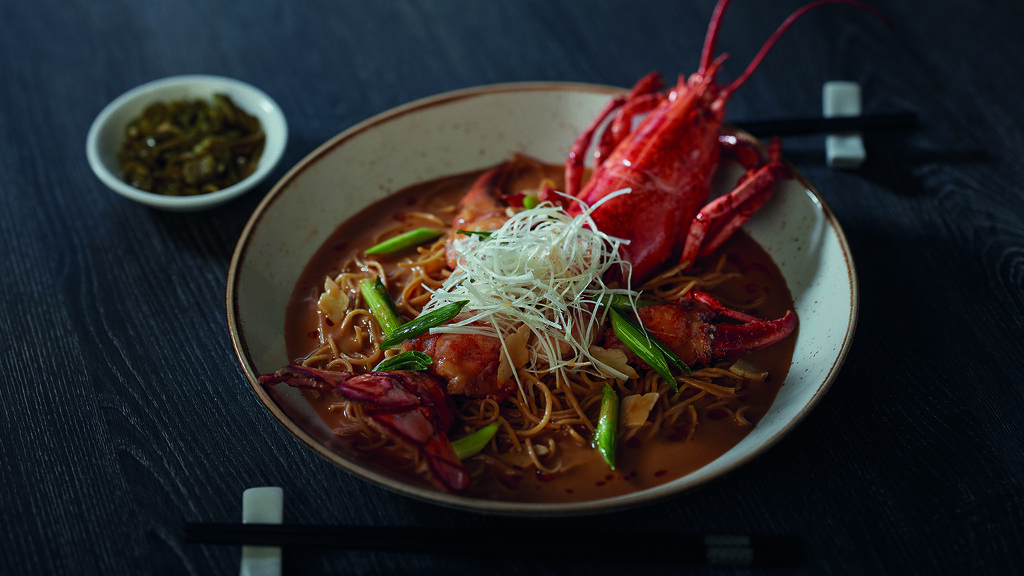 A must-have is the Boston Lobster Noodle, bursting with seafoody goodness and generous chunks of fresh, sweet lobster meat. Noodles were silky, each strand coated in the savoury broth. 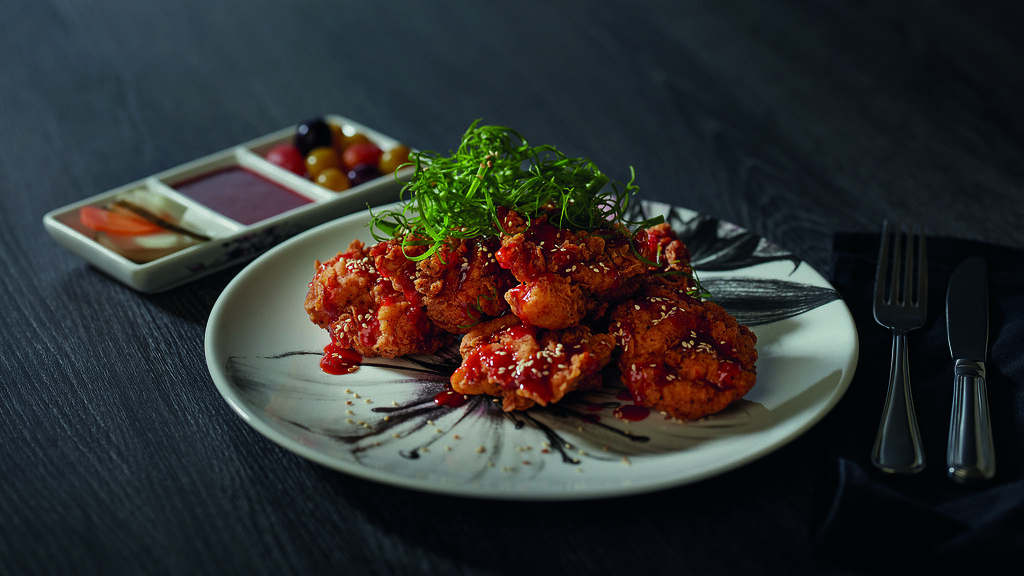 Another crowd favourite was the General’s Fried Chicken – essentially boneless fried chicken karaage coated in a sweet and spicy sauce. These were insanely addictive, with the crispy skin and tender, juicy meat. 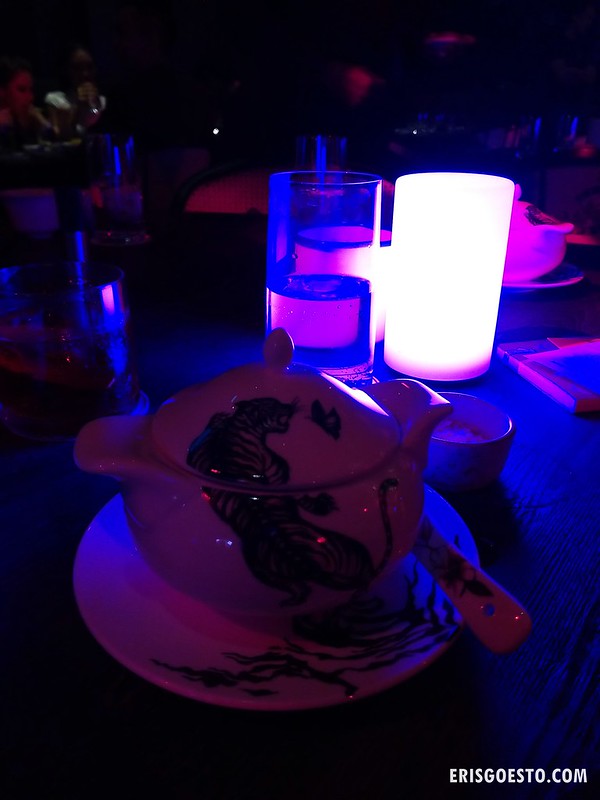 Duck is a major ingredient at Fuhu. The duck essence porridge distills the meat’s goodness into a clear, lip smacking congee that warms the belly. Great for hangovers! 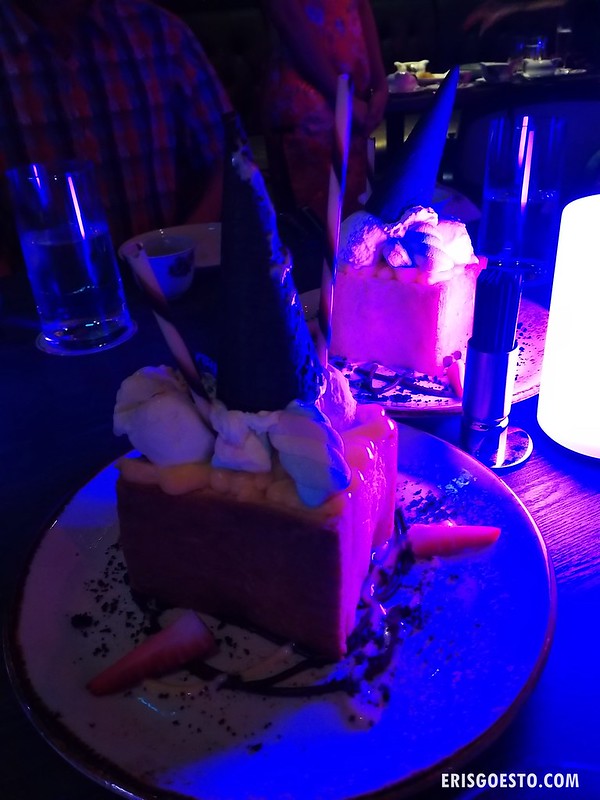 For dessert, the humongous Double Sundae combo, featuring a tall piece of French toast topped with various goodies such as durian ice cream, marshmallows and an ice cream cone. 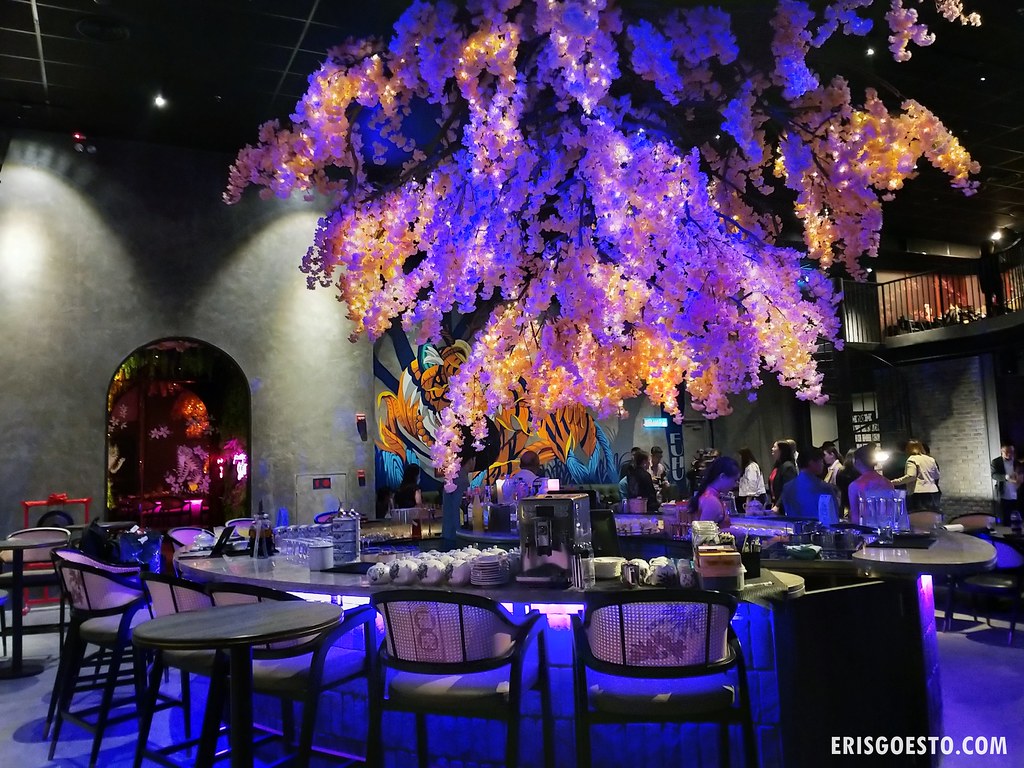 Alcohol lovers will not be disappointed as FUHU serves some amazingly creative cocktails by resident mixologist Saam Pranill. Taking into account Fuhu’s Chinese origins, Saam also incorporates local ingredients and flavours, and drinks are served in unique vessels picked out from his travels, be it antique teapots or mini wooden buckets. 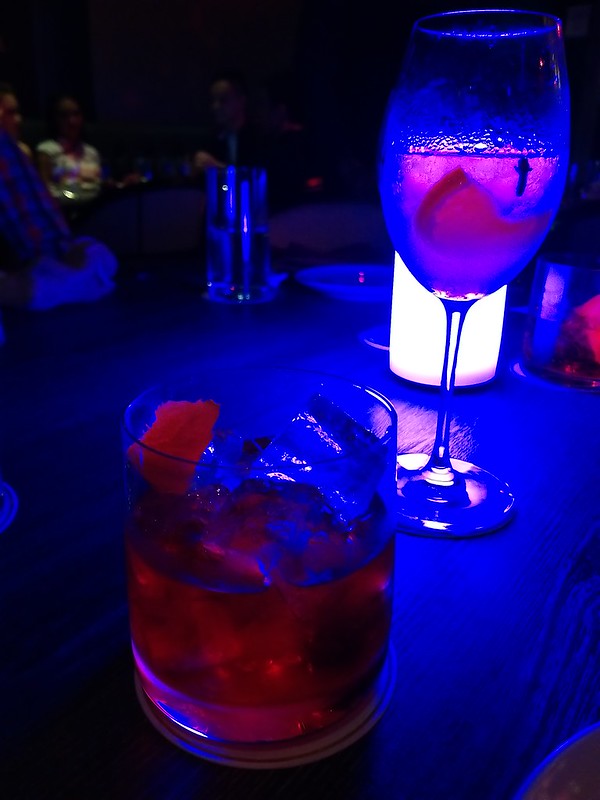 A signature drink here is Drunken Tiger, a mix of gin, campari and martini rosso, and get this – Nin Jiom Pei Pa Koa (yes, as in the herbal drink used to treat coughs) garnished with orange zest. 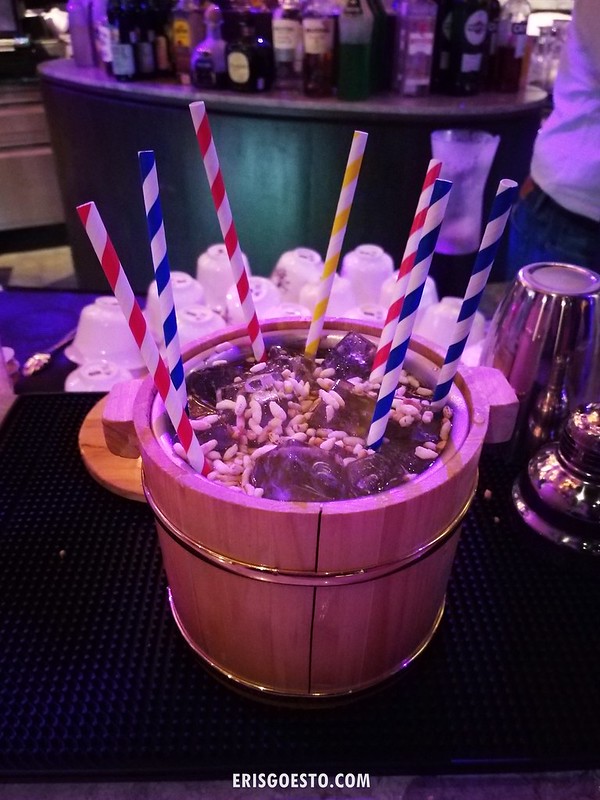 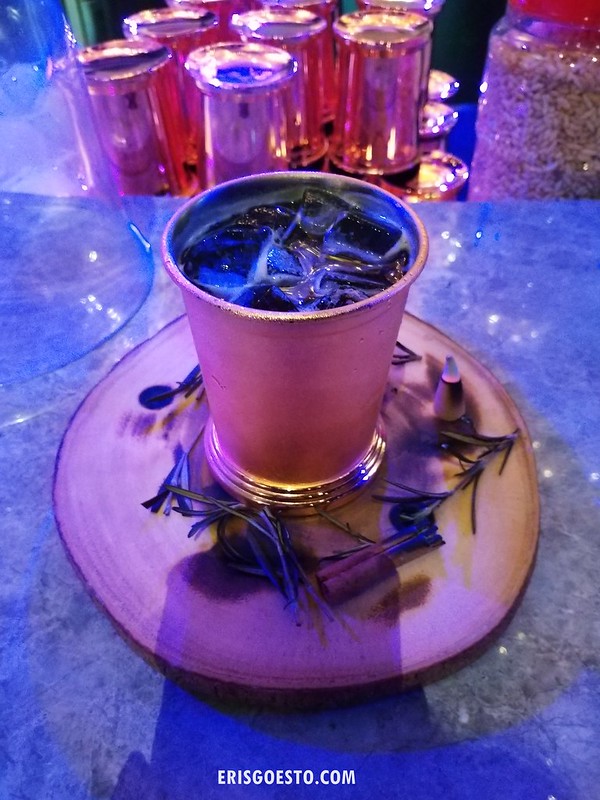 Other must tries include the Tiffined Gin Tonic, featuring artisanal tonic from Greece paired with grapefruit soda and Beefeater, as well as The Reunion, which is served in a  Chinese tea set and consists of bourbon, honey, calamansi lime juice, cinnamon, orange slices, hot water and red dates.

All in all, I loved my experience at Fuhu – the food, the drinks and of course, the cool vibe. Definitely a unique experience you won’t get elsewhere, and that you’d want to visit with friends both before and after the party!