The weekend after the historic General Elections was a long one, so the Moomikins and I decided to go walk around at a mall. We drove a bit further to Sunway Velocity Mall, since Moomins had never been there before.

The mall was quiet; probably because everyone was still cautious about going out after GE. Shops here are mostly mid-end brands, like Charles & Keith, Pedro, Burtons, Birkenstock, MAC and Bobbi Brown, as well as those targeted for the mass market. One thing you won’t have a problem finding here is food – there are loads of restaurants, cafes and eateries from the lower ground right up to the top floor. 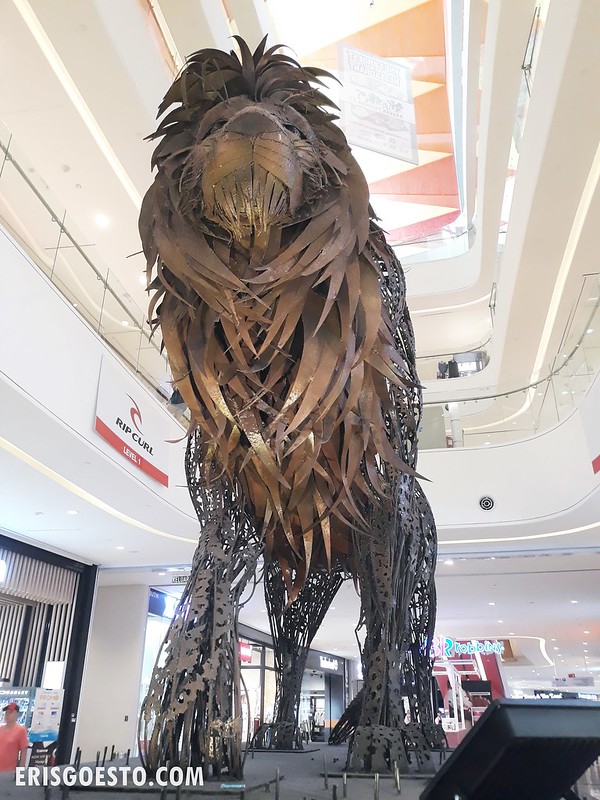 A new addition since my last visit: a giant lion sculpture made from metal! 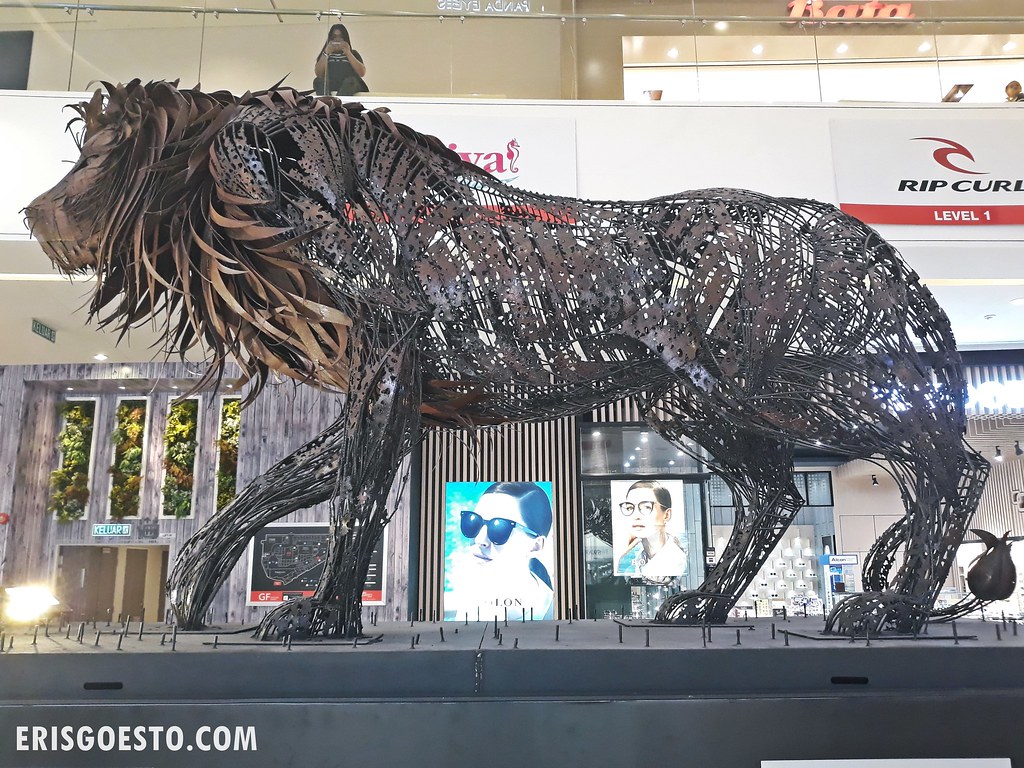 What I like about Sunway Velocity? I feel like it genuinely promotes arts and culture through the inclusion of pieces like the above, alongside murals, installations and creative art works throughout. Makes the mall more aesthetically pleasing + more of a destination rather than just a place for pure shopping. 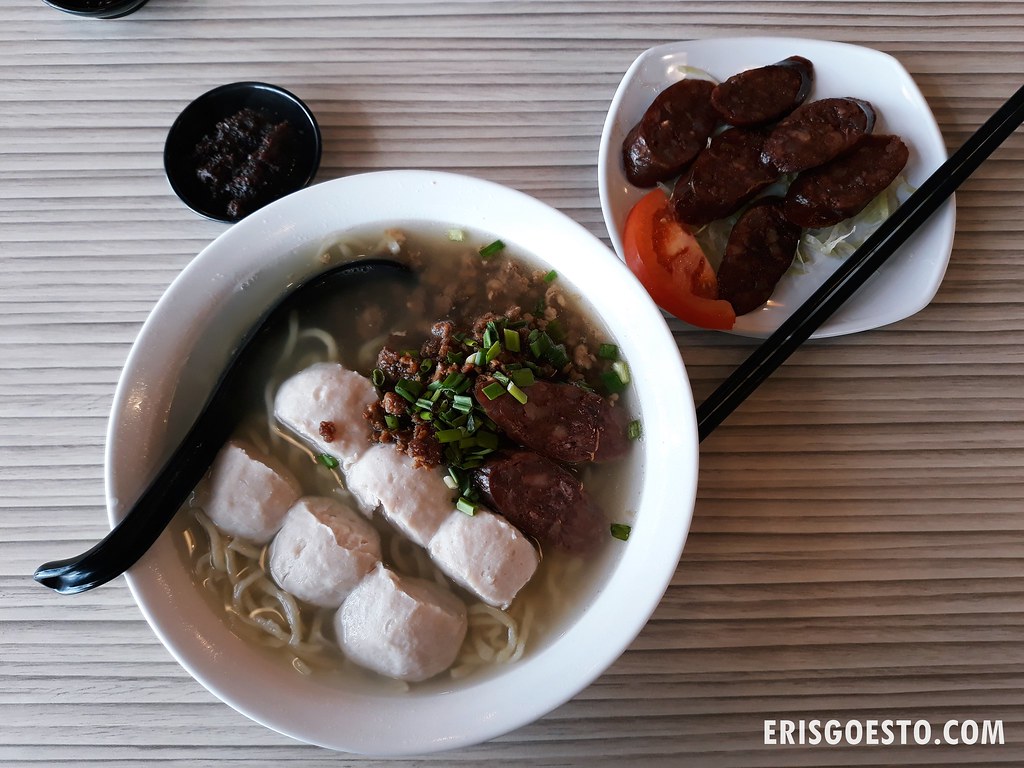 Lunch time! Had pork noodles at Sam Kan Chong, located within the mall’s Food Street, a food court-like establishment on the 4th floor. 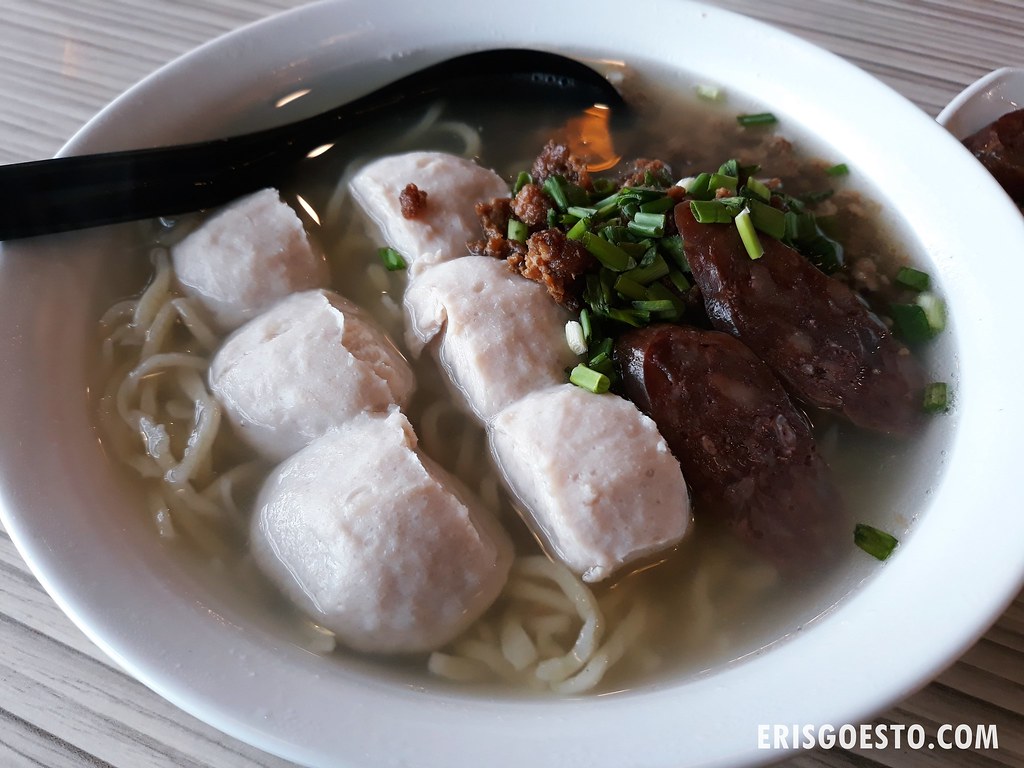 Noodles a tad too soft, but portions were generous. Pork ‘balls’ were springy, the sausages were nicely spiced with five spice powder. 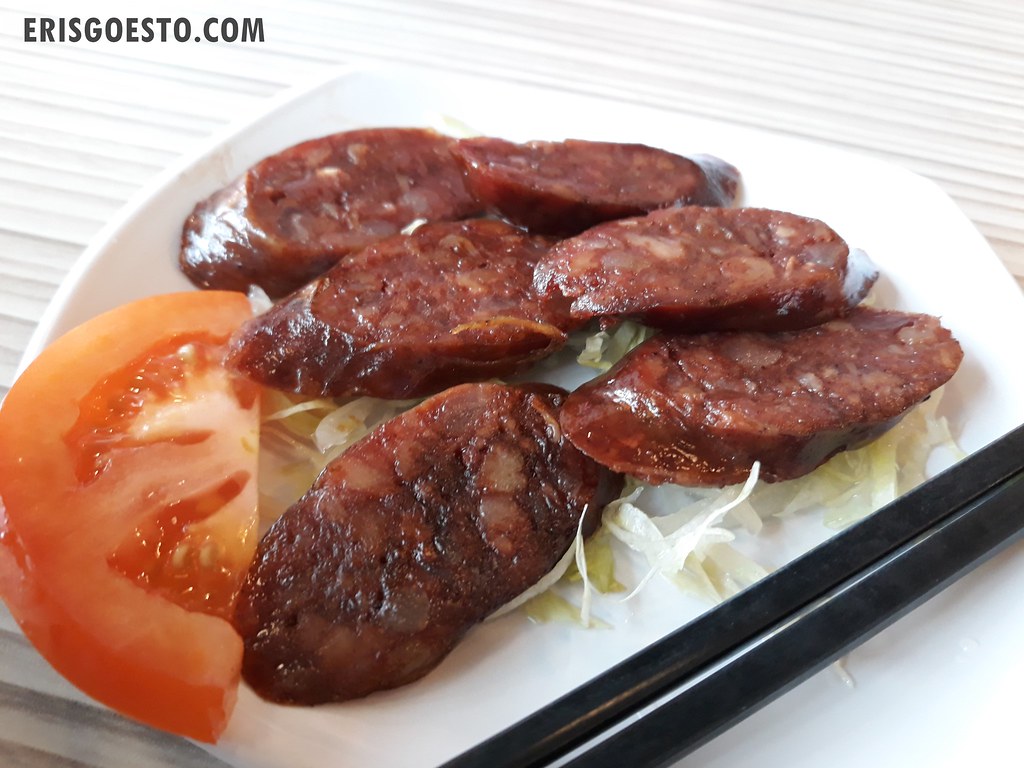 So good I ordered a separate plate 😀 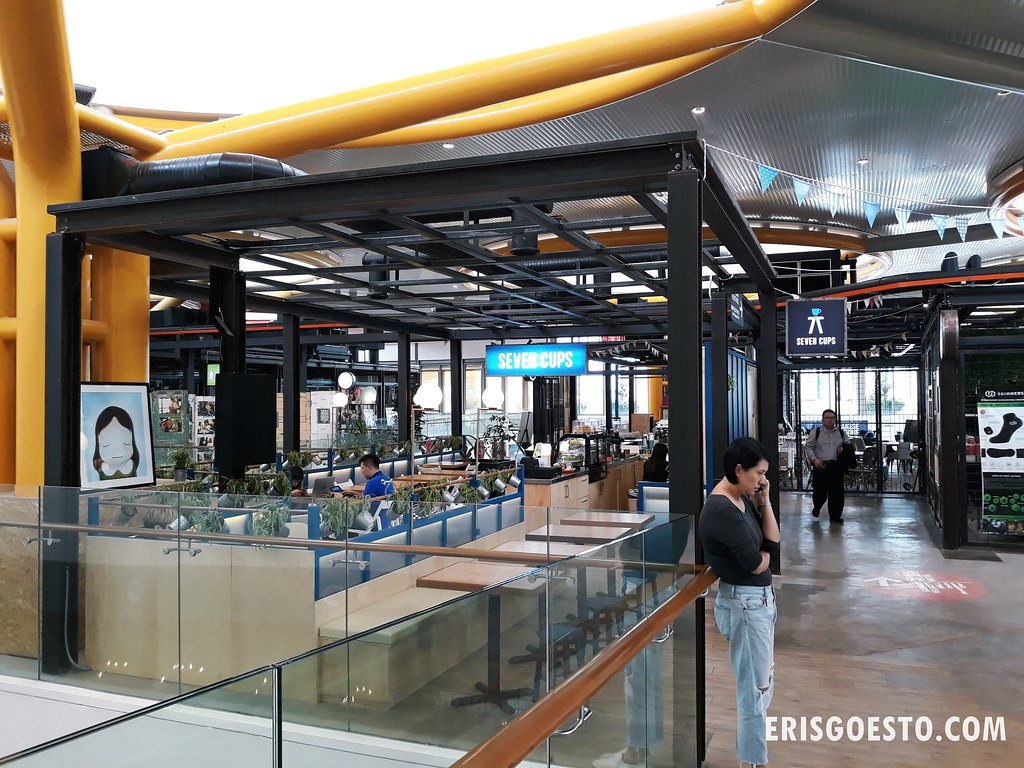 Time to burn off the calories! We ventured up to the top floor, known as ‘Commune’. Boasting several cafes and creative tenants selling artisan goods, the space had a refreshingly open layout. The artsy element was even more pronounced here, with some shops sporting an ‘unfinished’, rustic look featuring boarded up windows and peeling paint. 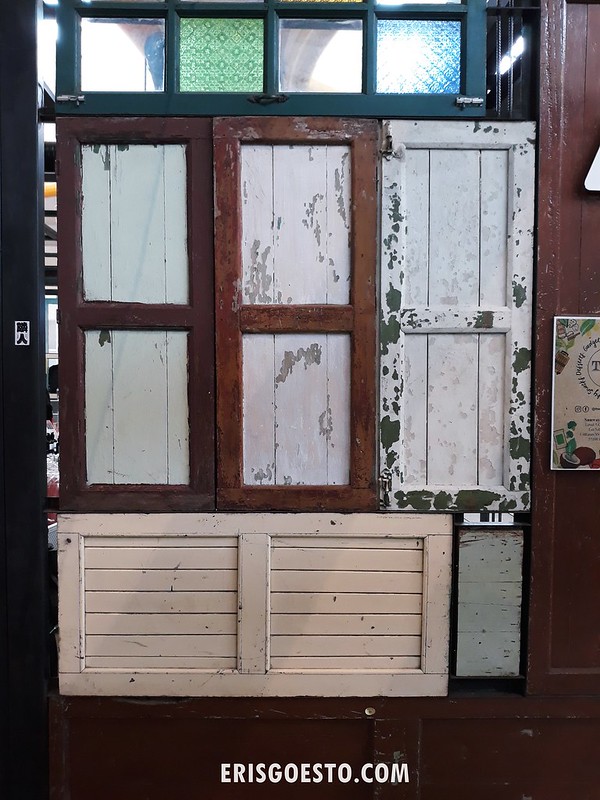 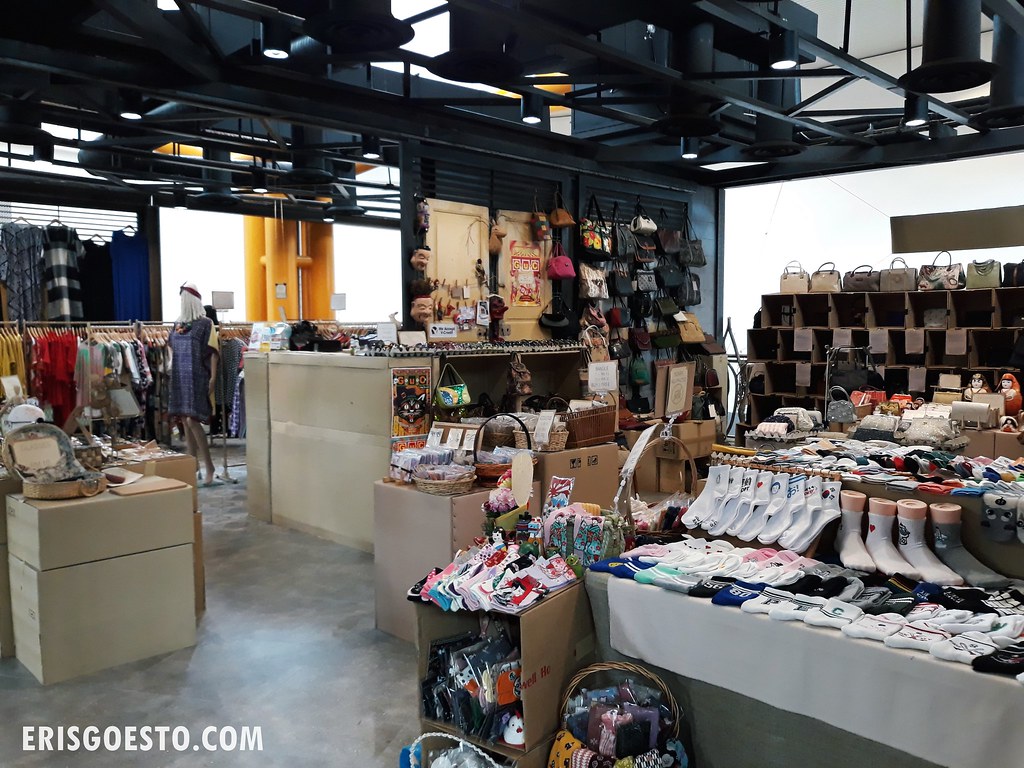 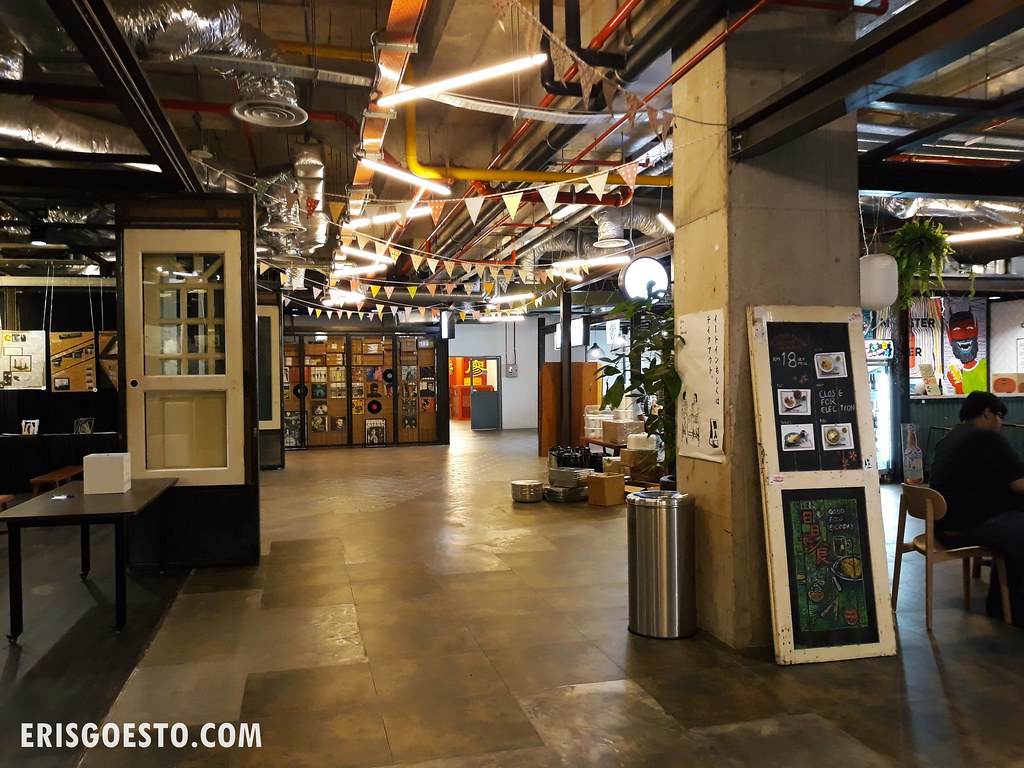 As you stroll through the area, look out for various quirky touches, such as the creative murals and colourful carnival flags interspersed with exposed piping on the ceiling. Aside from cafes, there is also a vintage record shop here for collectors and enthusiasts. 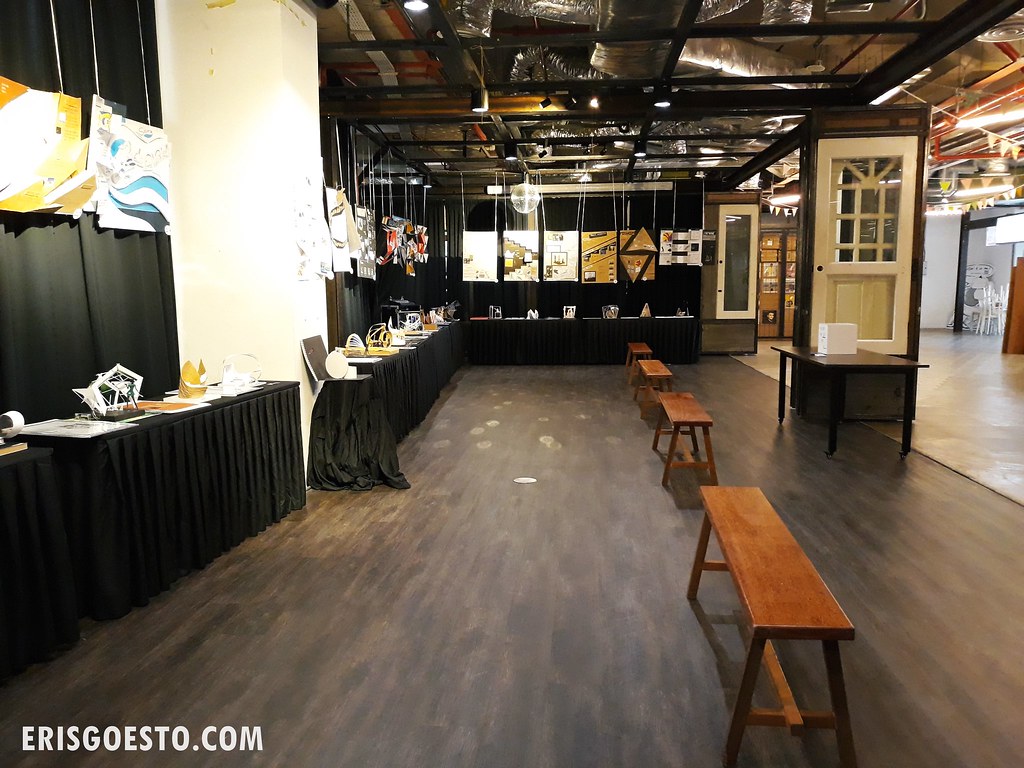 Stopped by to look at projects done by some Universiti Tunku Abdul Rahman architecture students, whereby they had to design an archway for the mall. 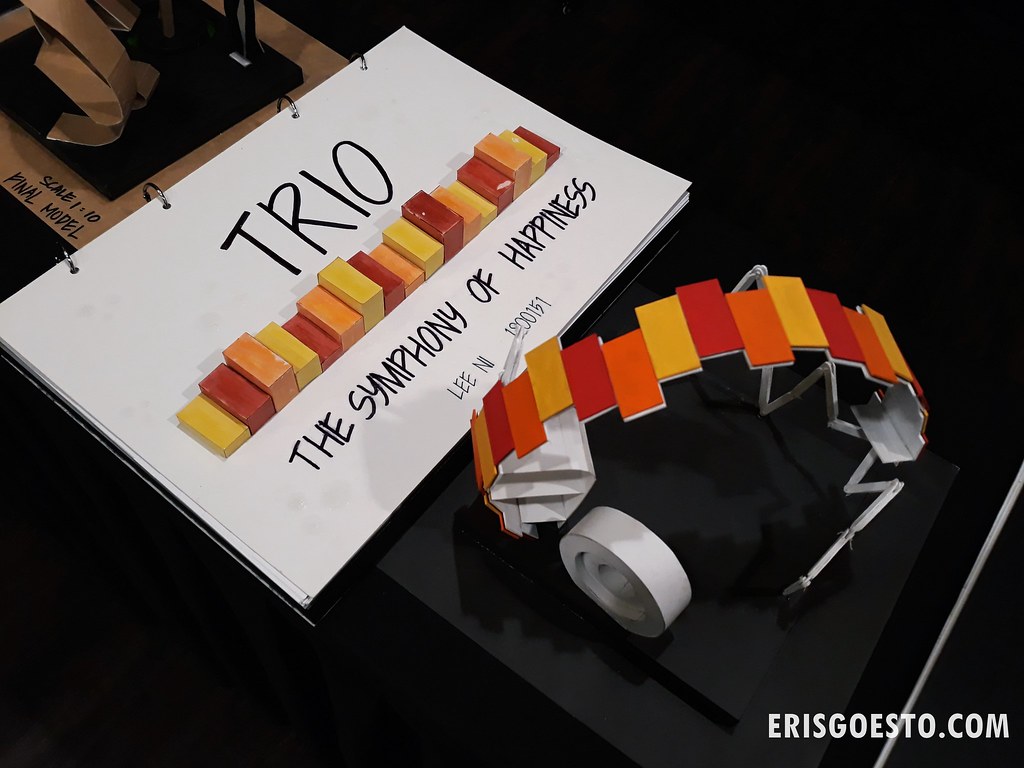 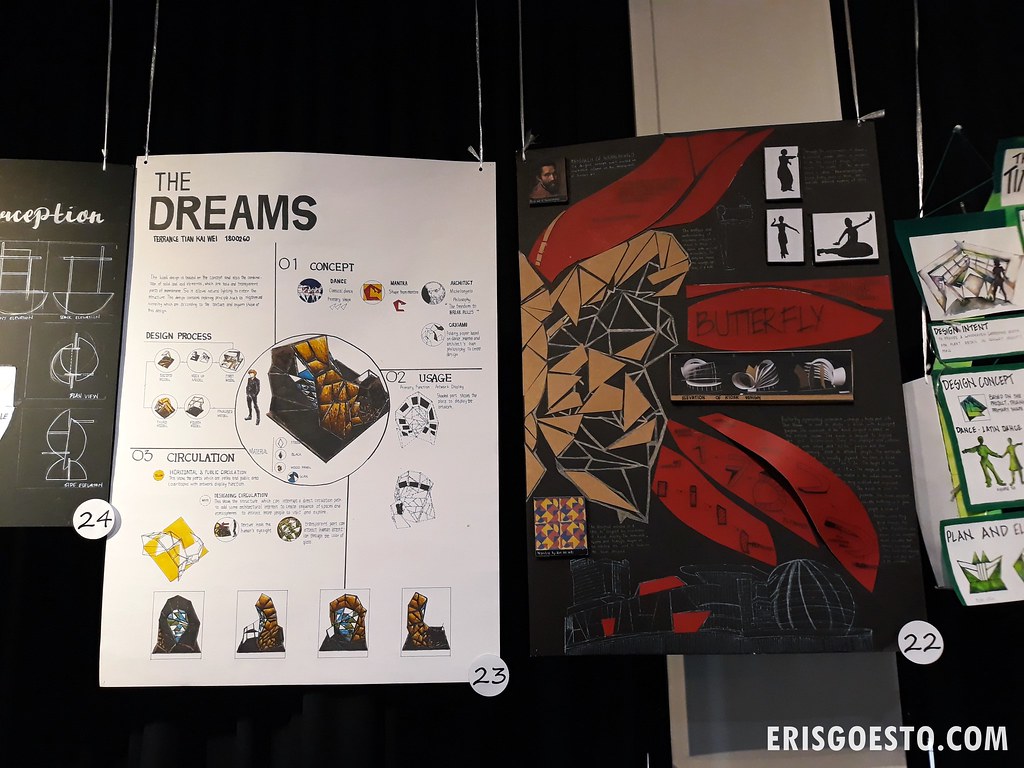 Reminded me of my own college days doing projects lol 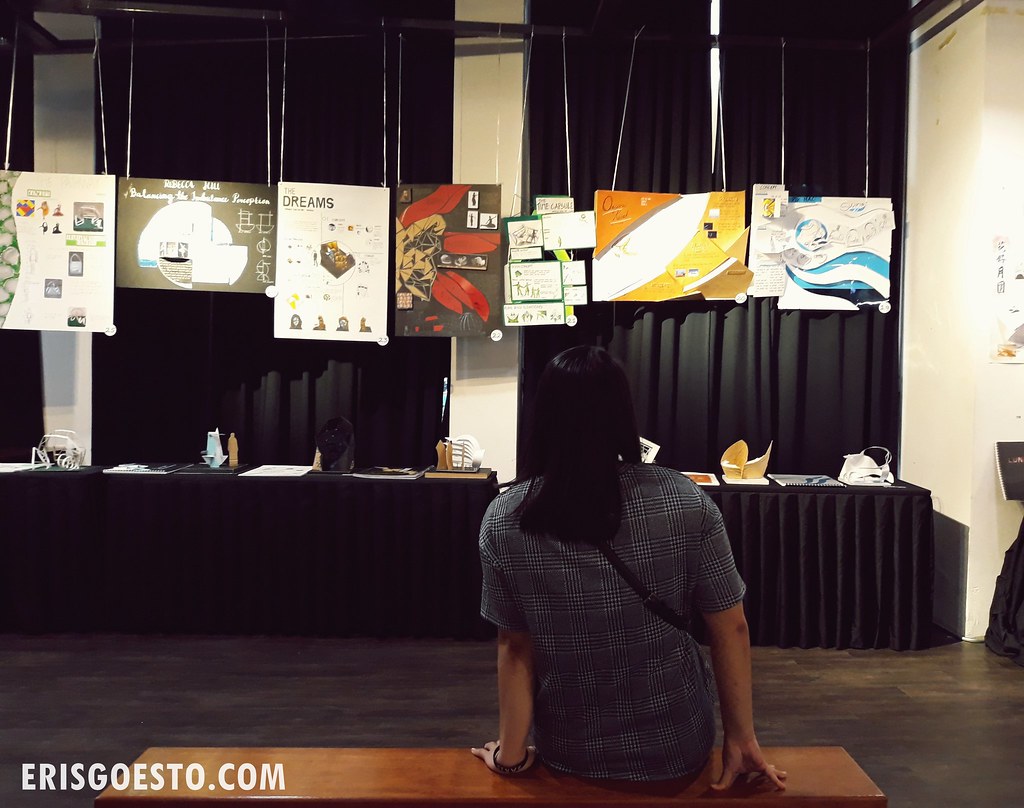 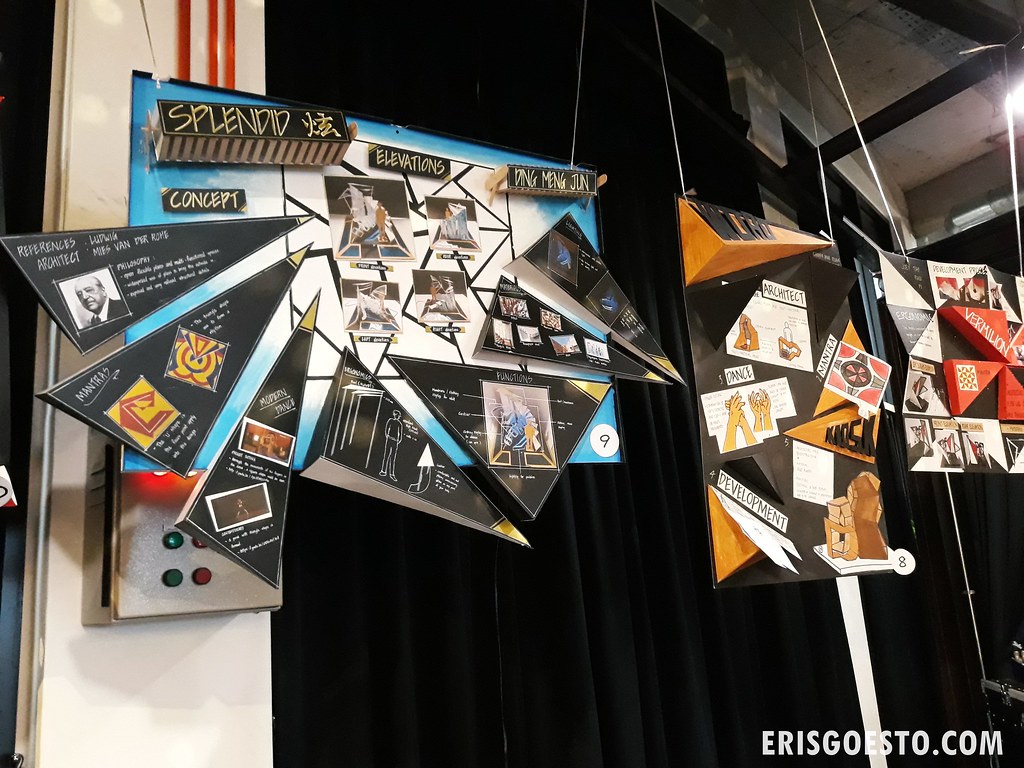 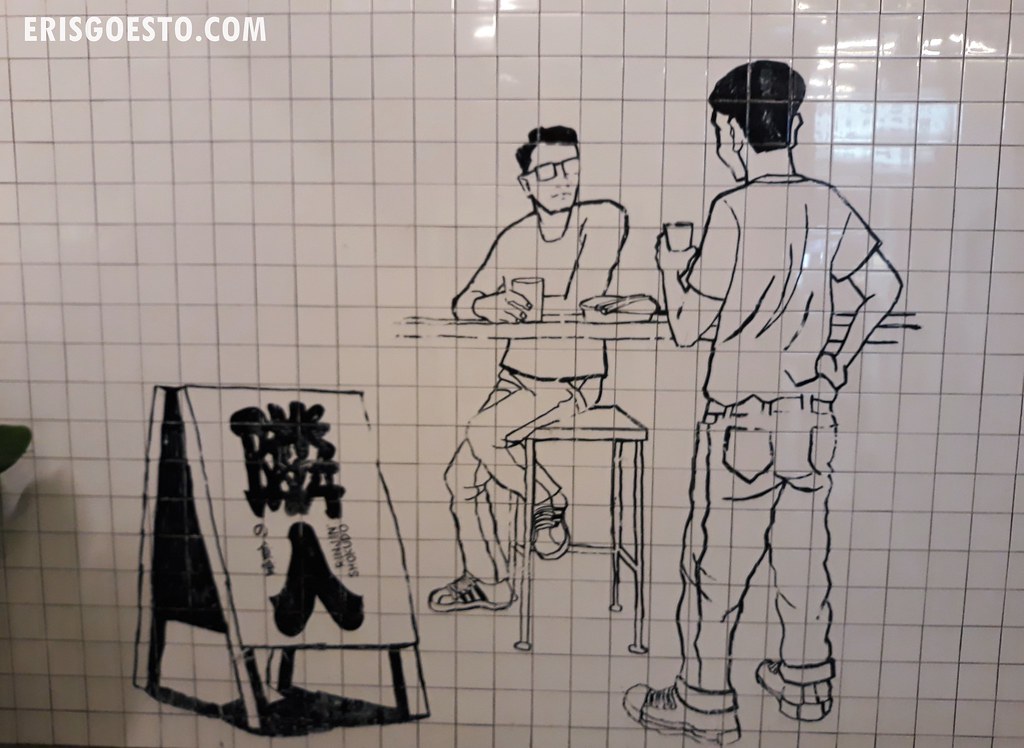 Another mural on tiles, done on the side of a ramen place 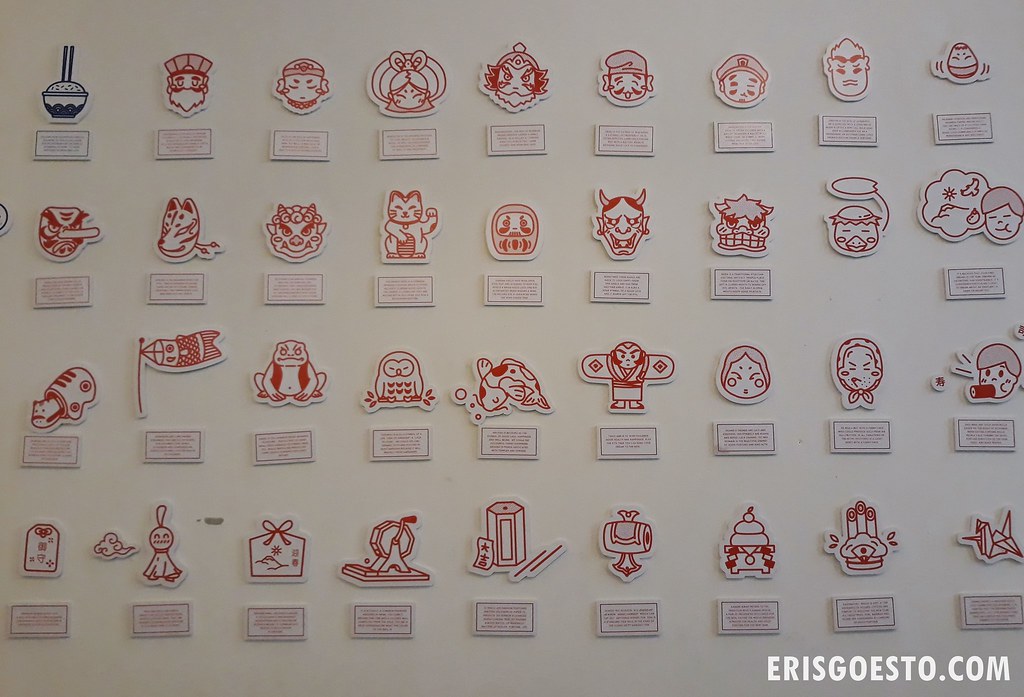 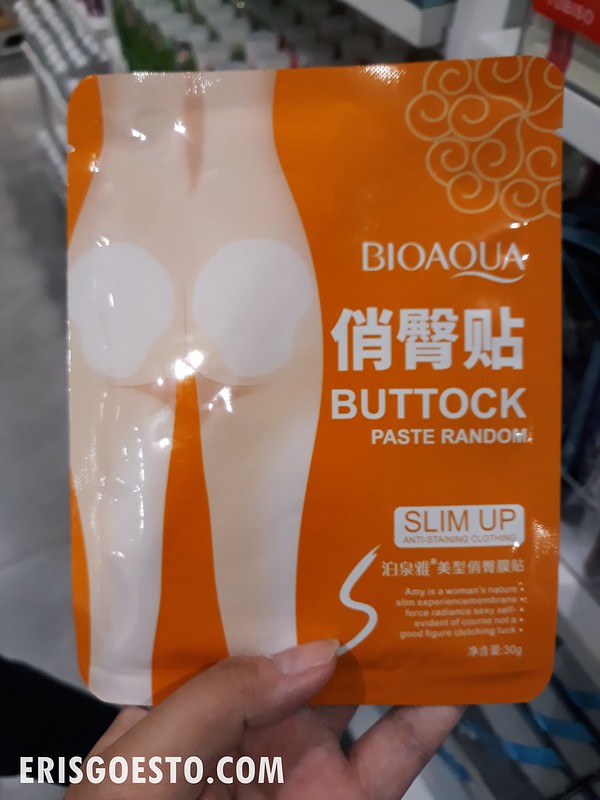 Last but not least, we went to Muji, saw this and couldn’t pass up the chance to take a photo lol.

There are plenty of other things to do at the mall, especially if you have kids: indoor playgrounds, a Lego workshop place for children, a small indoor ice-skating rink. All in all a great place to hangout at over the weekend – I just wish it wasn’t so far away from my house. 😀