After ten months, Malaysia finally lifted its interstate travel ban yesterday (11 October). The decision was made in light of the country achieving a 90 pc vaccination rate for its adult population.

Many are understandably excited at being able to see their families; while others are keen to travel again, even domestically. The recent Langkawi travel bubble — a pilot project for fully vaccinated travellers to visit the island for tourism — was seen as a success, generating some RM24.9 million for the local economy.

Personally, I’m still a bit cautious about travelling for leisure, because as much as I want to be out and about, I live with my parents and they’re in the vulnerable category. But I understand that achieving COVID-zero is now almost impossible — so the next best thing is to learn to live with the virus. For those who want to travel, I think the best that you can do is to use common sense (which seems to be severely lacking these days!). Wear a mask, sanitise and avoid crowded areas (if you see that a place is crowded, don’t lah go and berpusu-pusu there with no social distancing wtf).

Anyway, now that the PSA is over and done with: for those who are headed south, LEGOLAND® Malaysia Resort is slated to reopen on October 14. Legoland Malaysia is the only one of its kind in Asia — so families and fans will be able to enjoy a complete experience encompassing the LEGOLAND Theme Park, Water Park, hotel and SEA LIFE Malaysia once the resort resumes its operations. And even though they haven’t been able to operate for months at a time due to the pandemic, the resort has not been idle: there’s going to be a brand new attraction, called Planet LEGOLAND®. This immersive build experience encourages children and parents alike to unleash their imagination by building, unbuilding and rebuilding the world of their dreams with LEGO® bricks.

As guests arrive at PLANET LEGOLAND®, they will be greeted by a six-foot-wide LEGO globe built out of more than 200,000 bricks. The idea behind it is to envision a future filled with positivity and joy, something that the world needs to ‘rebuild’ following the aftermath of the pandemic. From there, guests are welcome to select one of four different themed stations to create their masterpieces: whether they prefer dragons, princesses, knights, vehicles, animals and creatures, or ninjas. Younger guests with smaller hands are not left out, as there is also a DUPLO® station. Once you’ve got your masterpiece built, snap a selfie with the model and share it using the #RebuildtheWorld, then place your individual models onto the globe!

Returning to Play With Safety in Mind

Like any responsible entity, the resort has health and safety measures in place. At PLANET LEGOLAND, there is a 2-metre distance rule, and the usual safety guidelines apply, such as face masks, the use of hand sanitiser and reduced capacity are enforced. All bricks in the space are also ‘quarantined’ for 72 hours after sanitisation, while build stations are cleaned several times daily. *Of course, PERSONAL responsibility is very important too, so do your part to be a responsible guest!

Welcoming guests back to the resort are a series of sweet deals. Purchase 4 Triple Park passes and you can get a 2D1N stay at LEGOLAND Hotel for free. The passes will also be eligible for upgrade to an annual pass. Meanwhile, those who already have annual passes can renew them at a 25% discount, so if you’re a family of five, you stand to save up to RM350.

On May 4, after close to two months under a strict movement control order, the Malaysian government started lifting restrictions, allowing for most businesses to resume their operations –provided they follow strict ‘SOPs’ (standard operating procedures). They’ve also called for people to observe social distancing and practice good hygiene.

Some parties (and medical experts) have decried the move as premature, since the number of daily cases are still at the time of this writing in the double digits. With the upcoming Hari Raya celebrations, there is fear of a second wave of infections, which might be worse than the last.

This has not been helped by the indecisive policies and often rushed announcements that are clearly not thought through, as well as conflicting statements from different ministries – which has caused even more confusion among businesses and the public.

For example, our health DG has asked everyone to wear face masks to reduce the probability of transmitting/contracting the disease. On the other hand, our Senior Minister has said that businesses are not allowed to turn customers away if they choose not to wear face masks . Also, interstate travel isn’t allowed to avoid people travelling back to their hometowns during the festive season, BUT up to 20 people are allowed to visit relatives on the first day of Hari Raya (provided they don’t travel between states). Idk about you, but 20 people still sounds like a mass gathering to me – and a comment on FB sums it up best:  “Apparently the virus needs to take a holiday too so they’ll be like ‘oh it’s the first day of Raya, let’s take a break from infecting people'”.

The constant call from the gov is to ‘adhere to SOPs’, but nothing much has been put into place to ensure this is enforced. To put it more accurately, it is IMPOSSIBLE to enforce due to the lack of manpower. People are inherently undisciplined (just look at the United States) and without strict enforcement, you cannot rely on them to police themselves. Already, over 1,000 vehicles tried their luck at travelling interstate to ‘go back to their hometowns’ despite knowing it was a clear violation and were turned back at the border. And these are just the ones the police managed to stop. How many more slipped through the cracks, we’ll never know.

But hey, I’m just an ordinary person going about my daily life – so let’s see how many places are actually adhering to the ‘SOPs’. 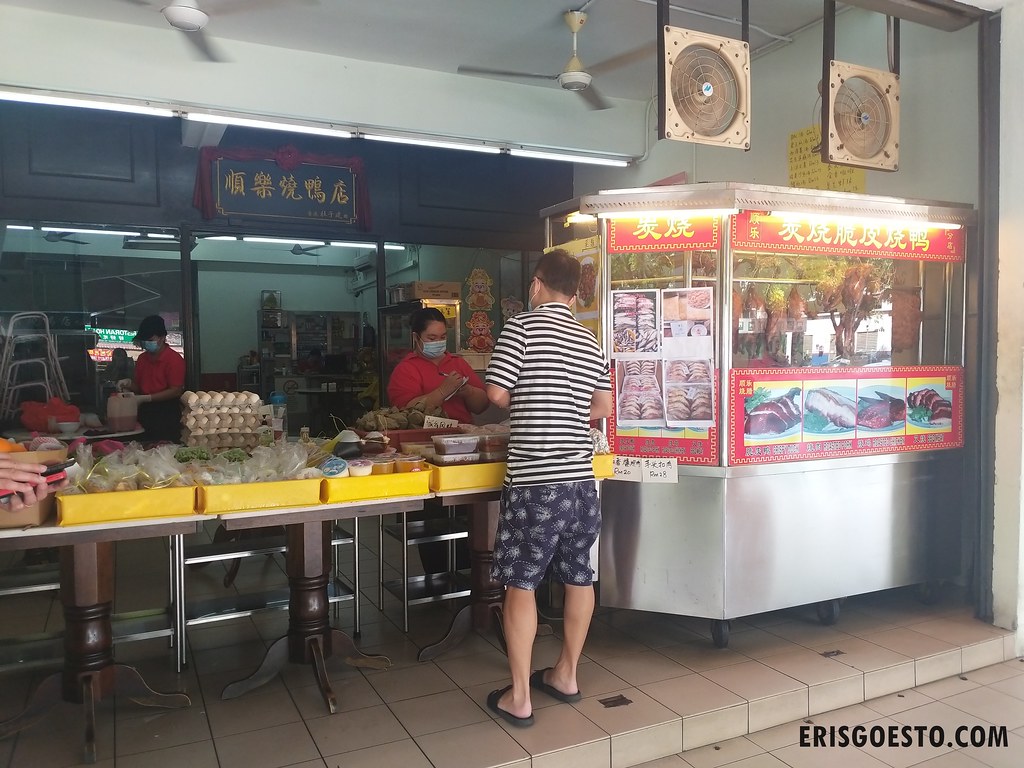 To avoid going out and to minimise the risk of outside contact, the fam and I have been cooking most of our meals at home – but in the last two weeks we’ve gone out once or twice for takeaway. Went to Soon Lok, which has always been my preferred place for roasties (roast duck, chicken and pork). They’ve expanded some of their offerings to include convenient ready-packed meals, kuih and drinks. The resto is not yet open for dine-in, and there weren’t many customers during my visit. 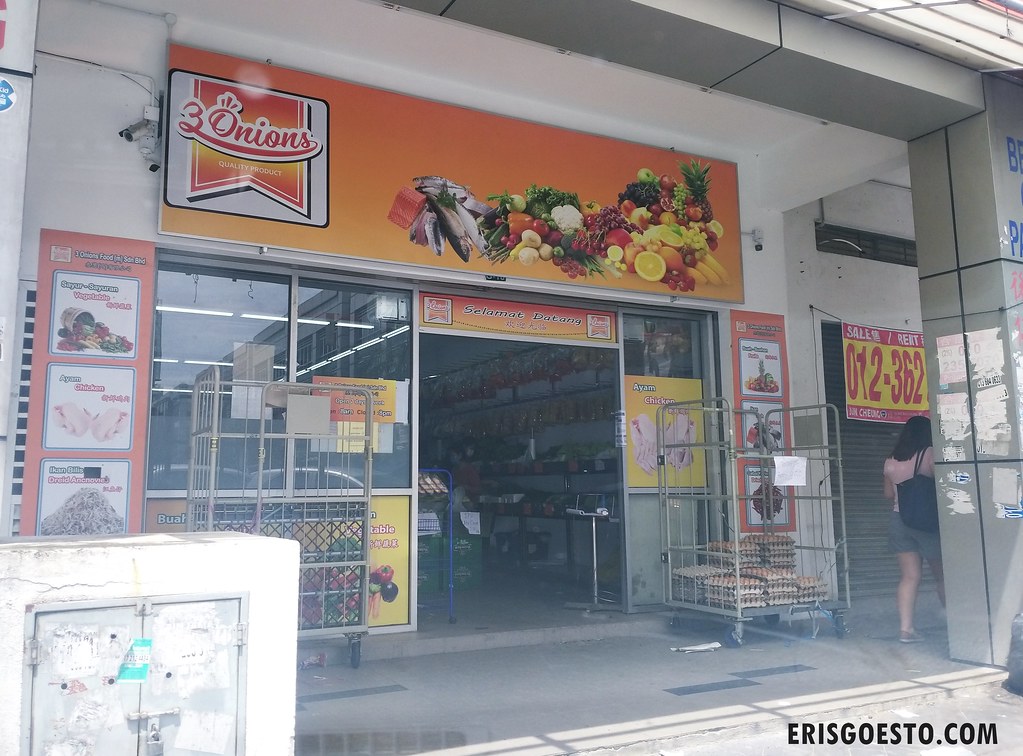 3 Onions is a fresh grocer / convenience store that sells vegetables and daily goods. I took the mom out for our weekly grocery run, and she popped in while I waited in the car. While I didn’t go in, I could clearly see from the outside that NO SOPs were followed.

We were supposed to go to another store to buy groceries, but the line stretched almost the whole block so we went to 3 Onions instead. In retrospect, if you aren’t rushed for time, then go to a shop with better crowd control, even if you have to wait in line. 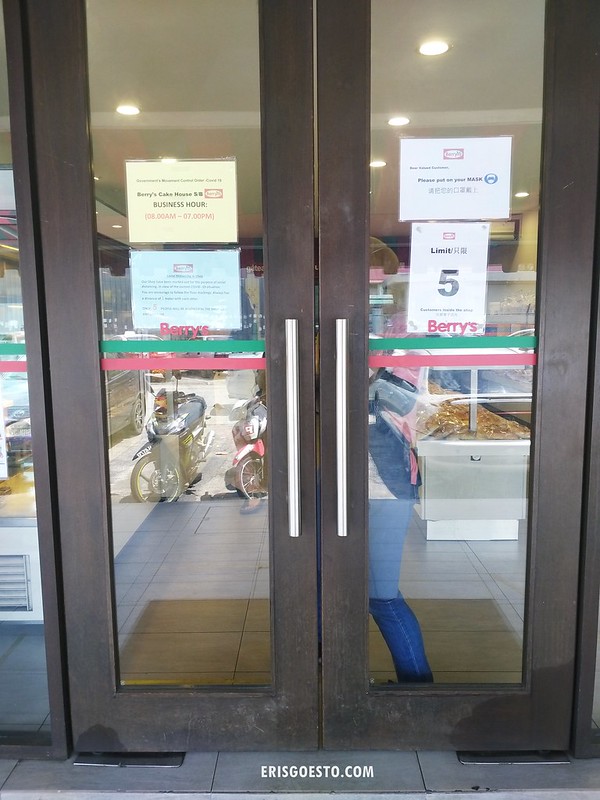 This is the closest decent bakery near my place, so we usually come here for bread and pastries.

So out of the three places I visited, one adhered strictly to SOPs, one could do with improvement, and one did not follow the SOPs at all.

I understand that it’s going to be difficult for the authorities to investigate all complaints and enforce the rules – which is why it’s imperative for us to be smart consumers and protect ourselves. Here are some things my fam and I adopt that I think can be helpful:

A) Shop on Weekdays

If you’re working from home or don’t have to go to the office every day, try to do your grocery runs on weekdays. Since many companies are now up and running again, people have gone back to doing their marketing on weekends, resulting in massive traffic (and human) congestion. I currently go to work on a rotational basis (2 days in the office, 3 working from home), so this has given me the flexibility to go out grocery shopping on weekdays. But for those who don’t have that option:

With many people opting for delivery services, getting a delivery slot might prove difficult – so self pickup may be an option. Some major supermarkets such as AEON Big offer ‘drive-through’ services whereby you place an order and they’ll have your things ready at a specific time; all you need to do is pick it up.

Some people prefer going to wet markets because produce is apparently fresher and cheaper – but many wet markets have poor control and poor hygiene (case in point: The PJ Old Town Wet Market and the Selayang Market were both fenced off after they were identify as coronavirus infection hubs). Major supermarkets have better crowd control and also better hygiene, so if you’re really concerned about safety and health then you might have to consider sacrificing ‘freshness and variety’. Personal opinion: I also think that the crowd is less rowdy in supermarkets – have you tried jostling with loud-mouthed aunties trying to snatch up the best shrimp (pre-coronavirus)? Well, these same aunties have NOT adapted to a new normal, lol.

D) If they won’t distance themselves, distance YOURSELF

People cutting queues is a pet peeve of mine. Unfortunately, we have a lot of uncouth peasants running around who don’t know what queueing up is, and they will attempt to jostle to the front in a bid to get what they want faster than everyone else. Depending on the situation, I will usually tell them (politely first, of course!) queue up, or advise them that even if they’re ‘just looking’, they need to observe social distancing.

BUT I’ve also met people who get really defensive and rude when you tell them nicely, so if you don’t want to cause a scene, then distance yourself and let them rejoice in their hollow victory.

How are social distancing measures being adopted in your area? Are people following SOPs? Let me know in the comments section below. Til then, stay safe !