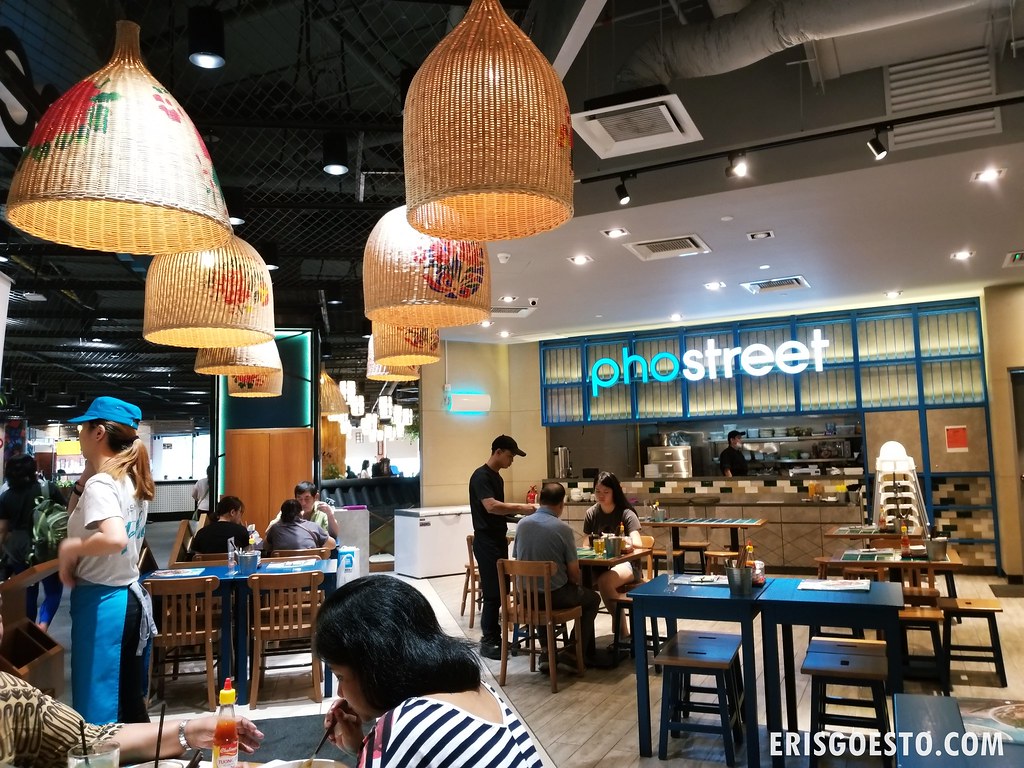 Blue and white + wood seems to be the theme around here. I liked the traditional-looking lamp shades they had on the ceiling. 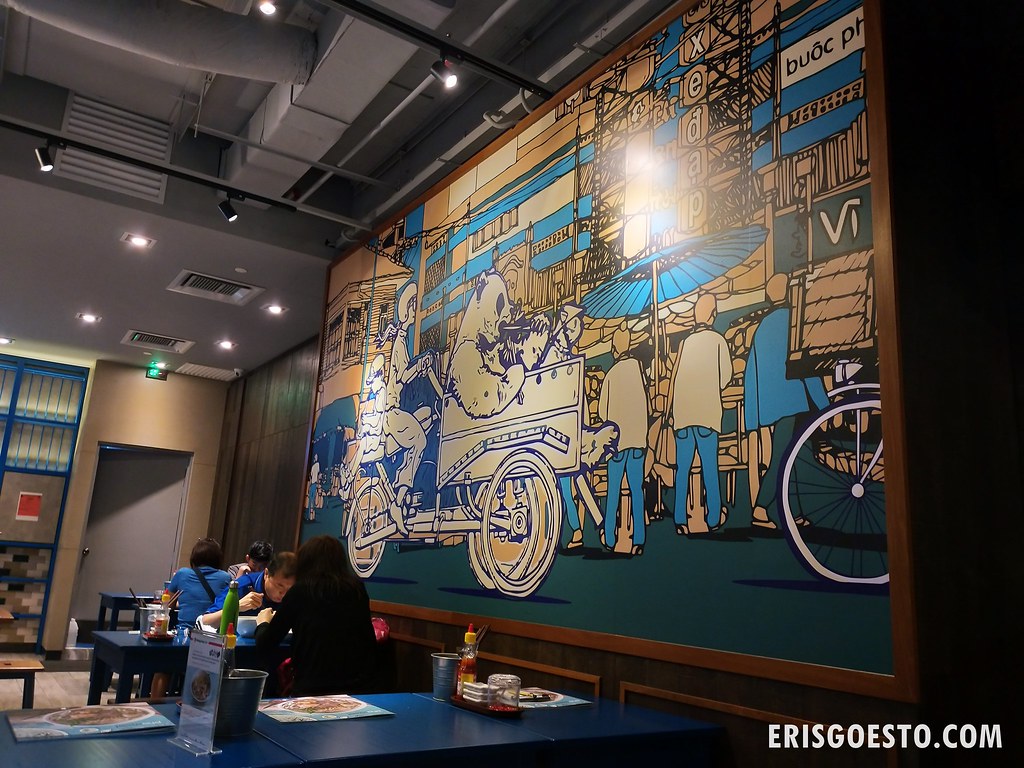 One side of the resto featured a painting of a giant panda being wheeled by a tricycle lol. 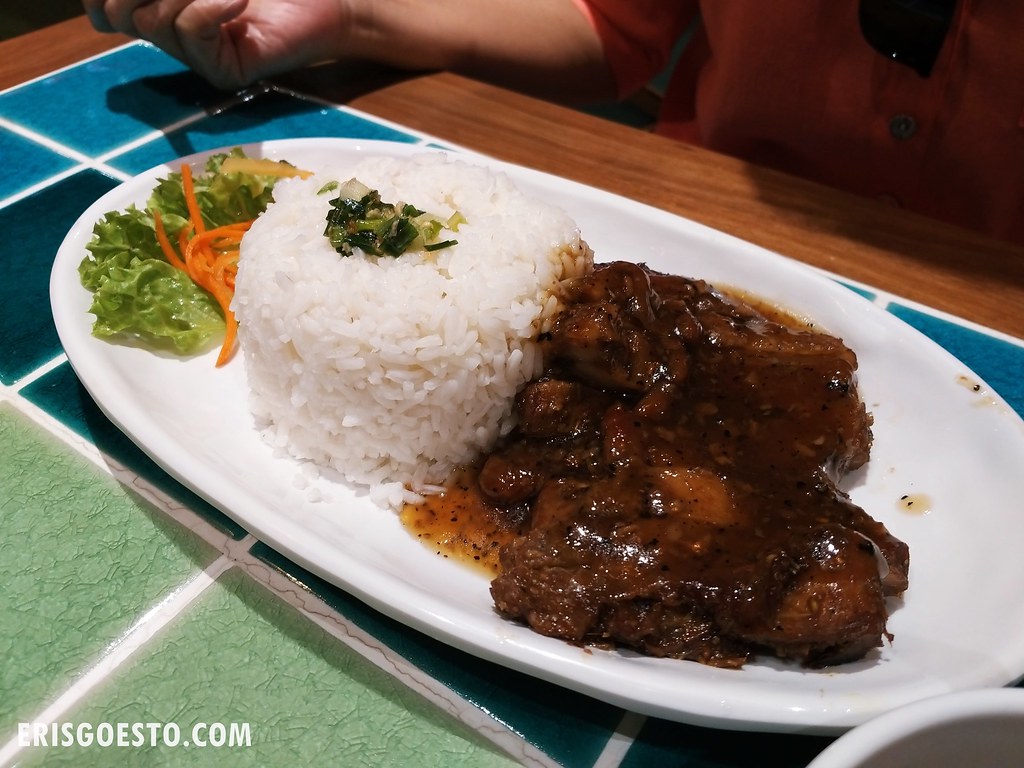 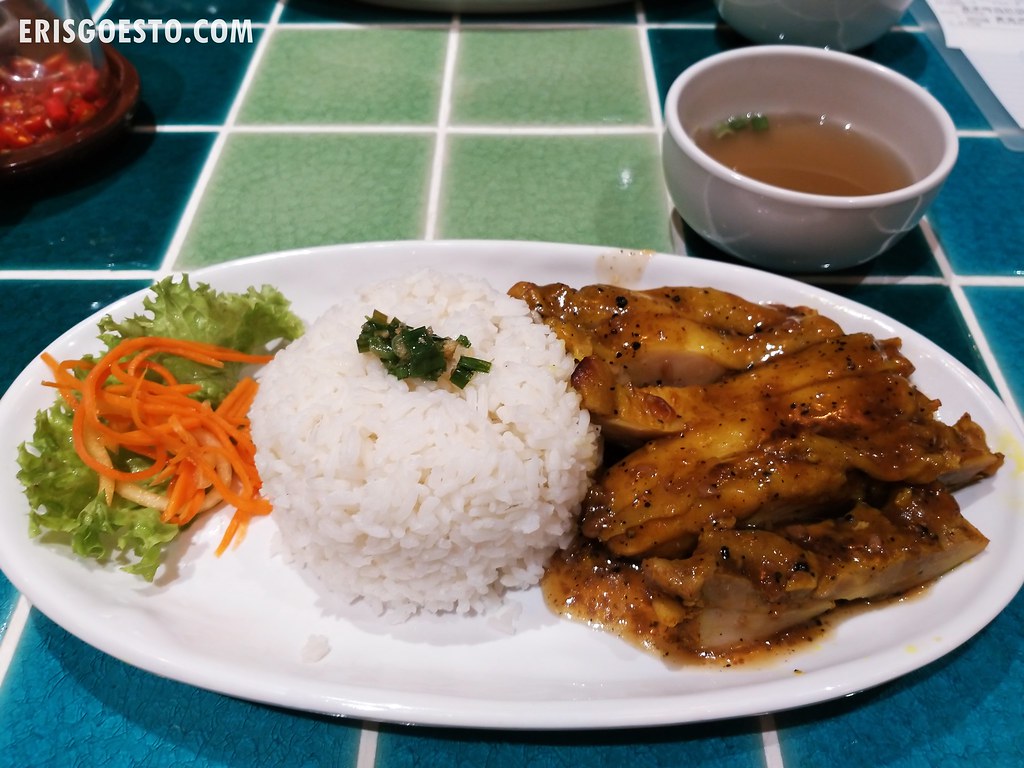