Apart from being absolutely adorable, Jepp has a unique personality and a distinctive mew that sounds like a squeak. He’s very submissive and doesn’t bite or scratch, even when manhandled. But he can be petty and child-like: evidenced by how he knocks things off the shelves when you ignore his squeaks for food.

Anyway, here are a couple of shots, taken in and around the house. The bluish overtone makes them look like he’s an old-world celebrity, the likes of Janis Joplin and The Beatles.

We should make this into a coffee table book.

Jepp was rescued as a kitten, along with a couple of his common-looking siblings. The mom was nowhere to be found. He used to be all white, but developed patches of grey on his face like a mask, as well as on the bottom half of his body. We’re not sure what breed he is, but I suspect he’s at least part Ragdoll, judging from his brilliant blue eyes. 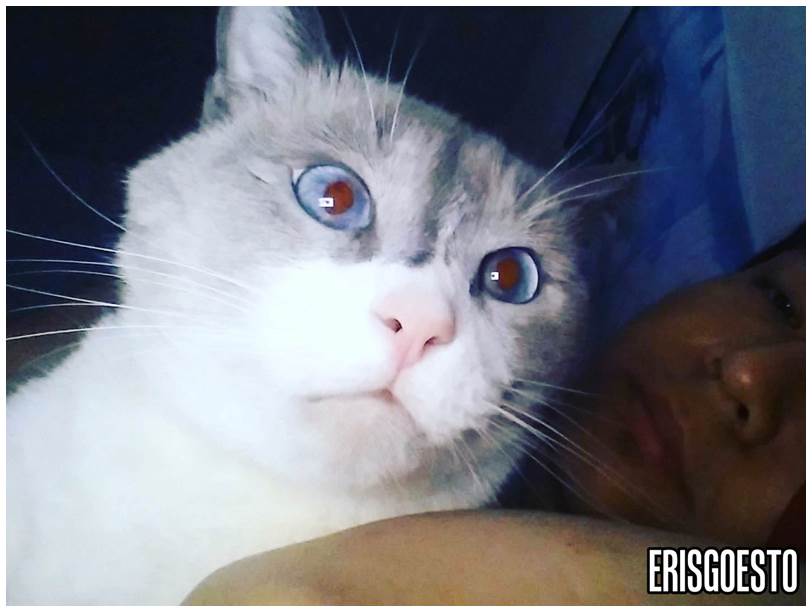 Eyes that stare into your soul.

The thing about Jepp is that he has so many expressions. You can tell when he’s acting ‘cute’ to get something, or when he’s annoyed, or when he wants affection. They are all a joy to watch.

Supercat flying in his dreams

King of the house, and he knows it.

Jepp has completely adapted to modern, household life. He even knows how to use pillows, ie he only rests his head on them, and never his whole body. He still has an aversion to that enemy of all housecats – the vacuum cleaner. 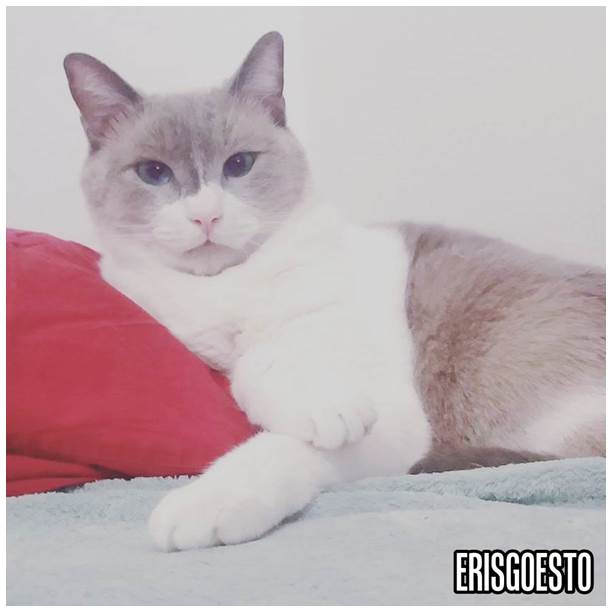 Jepp is a great poser, and he knows when his pictures are being taken. When he’s not in the mood, he simply refuses to look at the camera, or will flop over and show his backside. On the days he’s ‘in the mood’, he poses like a diva.

His current favourite spot, besides the head of the bed, is the laundry basket. Filled with clean clothes, I might add.

Like all cats, Jepp dreams of freedom and being able to catch birds in the outdoors one day. 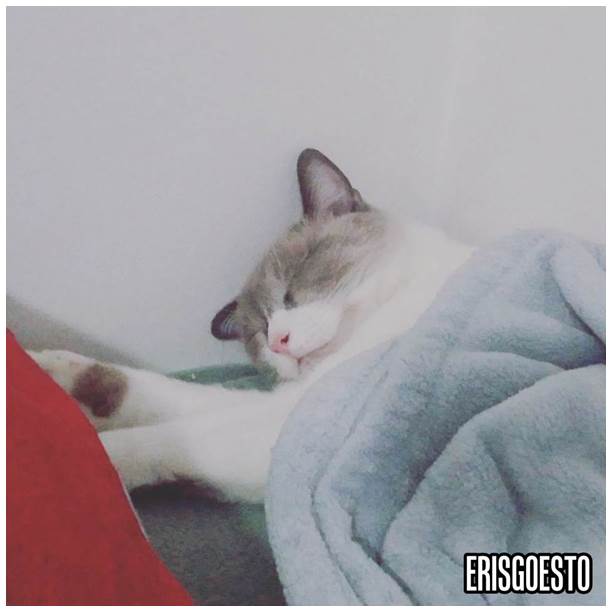 In the meantime, he’s quite content to sleep, eat and play while the human slaves tend to his needs and worship him like the God he is.

Guest shot: Jepp’s housemates, Lilymik and Apu Jukkai. They hang out with him sometimes in the room, but are content to roam the hallway and living room. Other housemates include Gajeel, a very old black cat that enjoys eating salads, and another calico cat.