My neighbour is currently doing major renovation works, and it can be hard to WFH when you have to sit through intense drilling from 8am – 5pm every day. (It’s not against the law to start work that early.. but it certainly makes you an asshole -__-)

Monday was one of those days, and I had a few important deadlines to catch. Since I didn’t feel like driving all the way to the office, I thought of checking out 10 Gram at IOI Boulevard, on the recommendation of a friend. 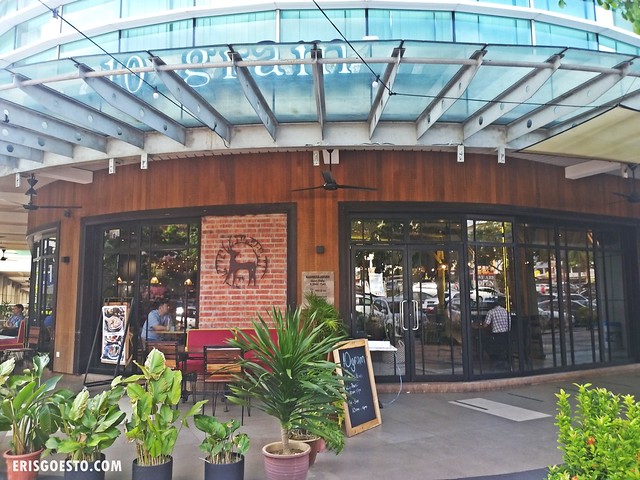 10 Gram is a popular cafe chain, with branches in Kuantan, Bandar Mahkota Cheras and Cyberjaya. The Puchong outlet is the latest feather in its cap, serving a fusion of Eastern and Western dishes at relatively affordable prices. 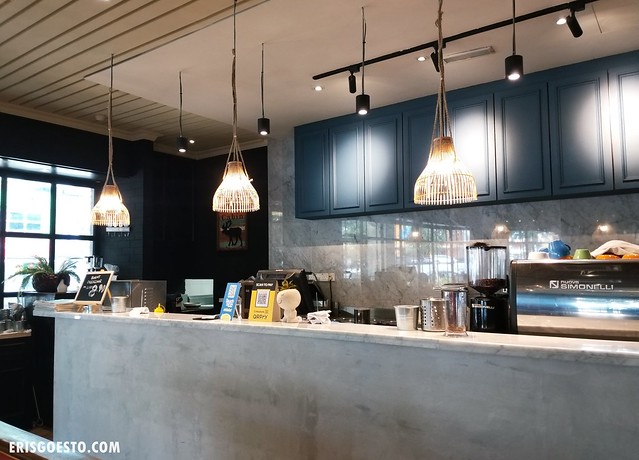 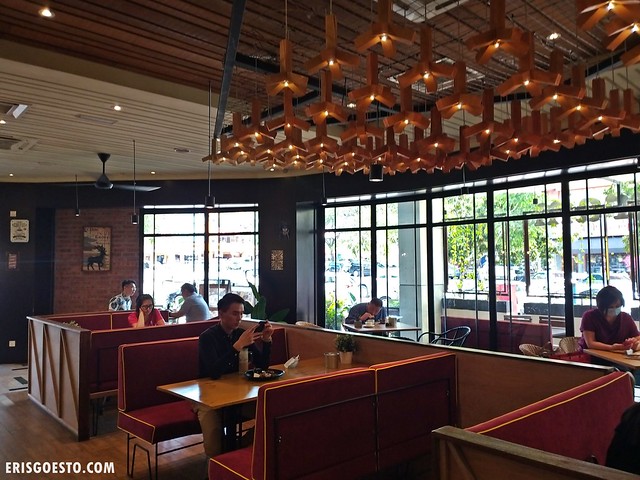 The cafe interior is spacious, with floor to ceiling glass windows that allow for plenty of sunlight to filter in. Wood, black accents and warm cosy lighting complete the setup. 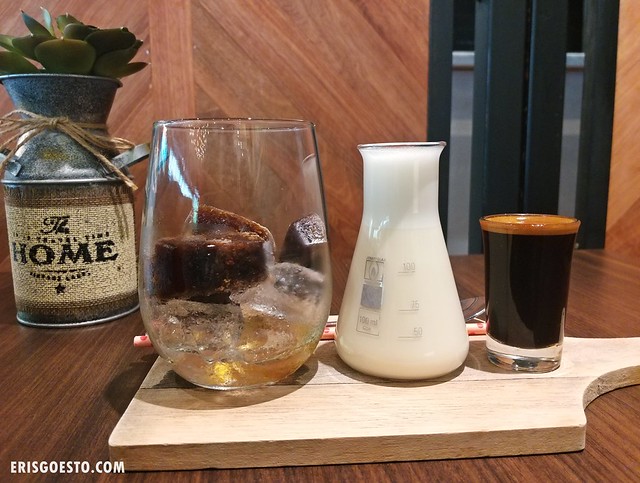 Needed a boost, so I ordered a Honey Espresso (?) (I forgot the name of the beverage :P). 10 points for presentation – the drink was served on a wooden platter with a glass of coffee cubes and ice, a beaker of a warm milk and a tall shot of espresso. It definitely kept me awake… until 3am, in fact! 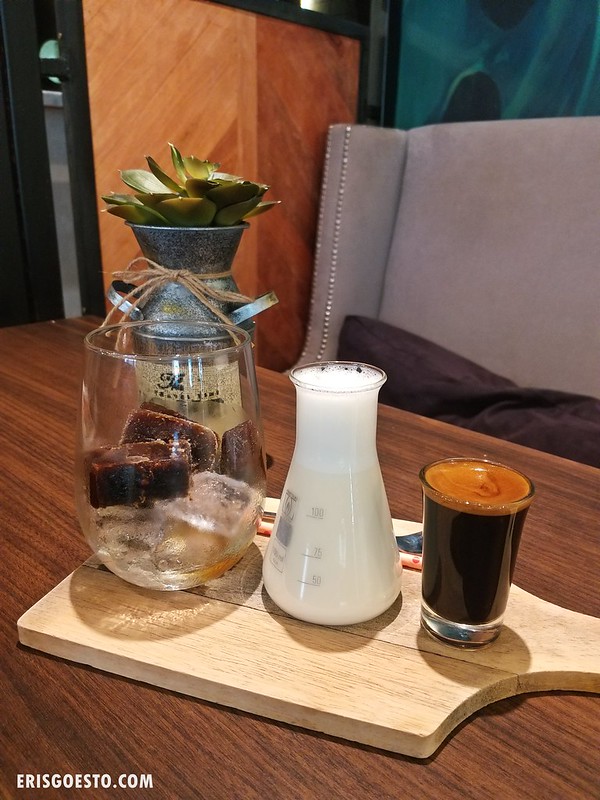 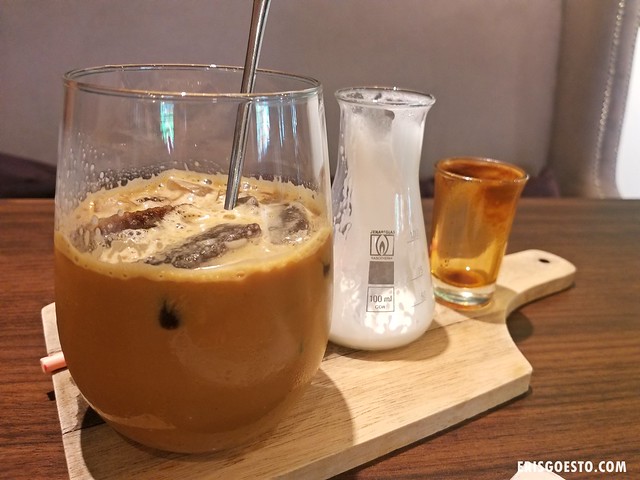 Strong, rich and smooth, with a good balance between bitter and sweet. 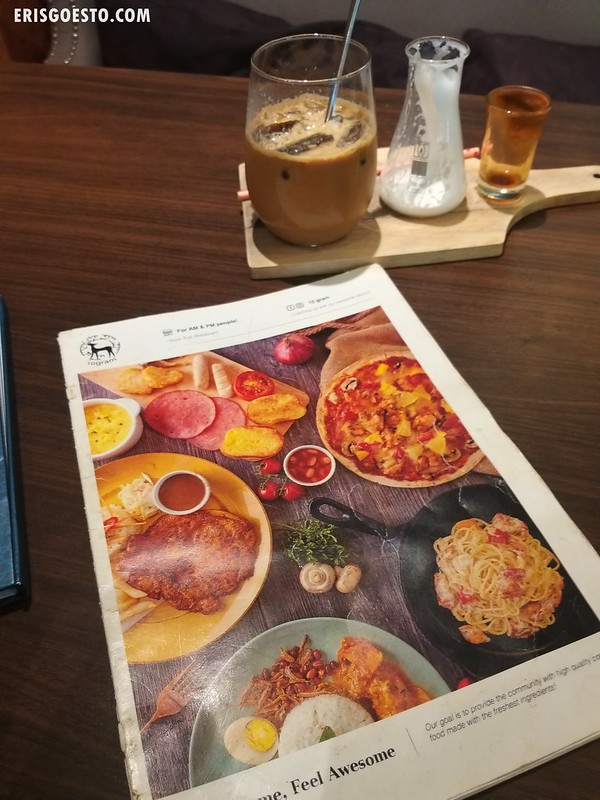 There are plenty of dishes to choose from at 10 Gram, from Western favourites like pasta, pizzas and chops, to local delights such as noodles and nasi lemak. 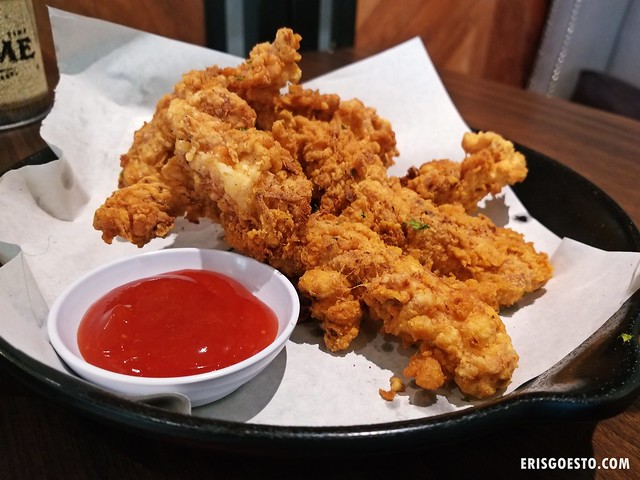 Chicken tenders (RM9.90). They were pretty tasty, and came in generous portions. 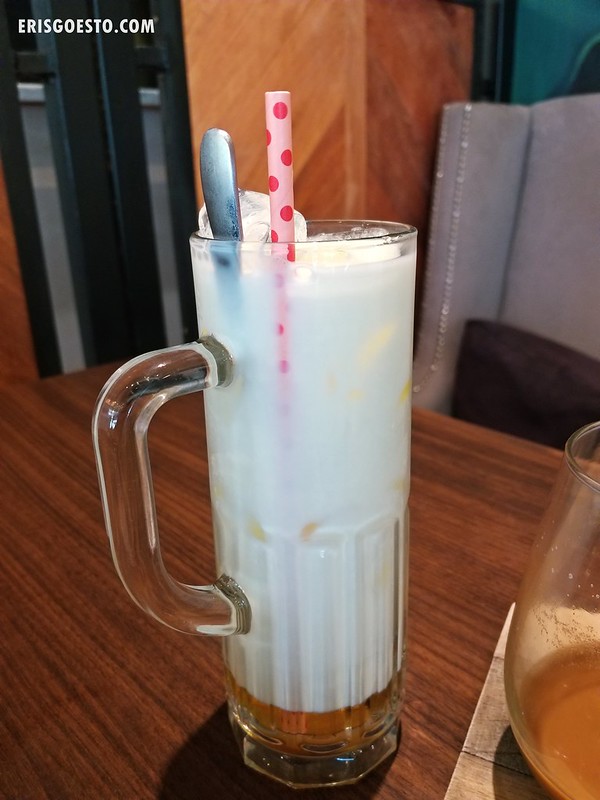 Ordered a second drink (Honey Milk) because I was sitting there for too long and didn’t want to be one of those people who order just one drink for the entire day. 😛

The cafe was full during lunch time, but otherwise it’s a nice place to have a cup of coffee and work. There is free Wi-Fi and power outlets for your devices. Service is pretty slow, however, so expect a wait during peak hours. 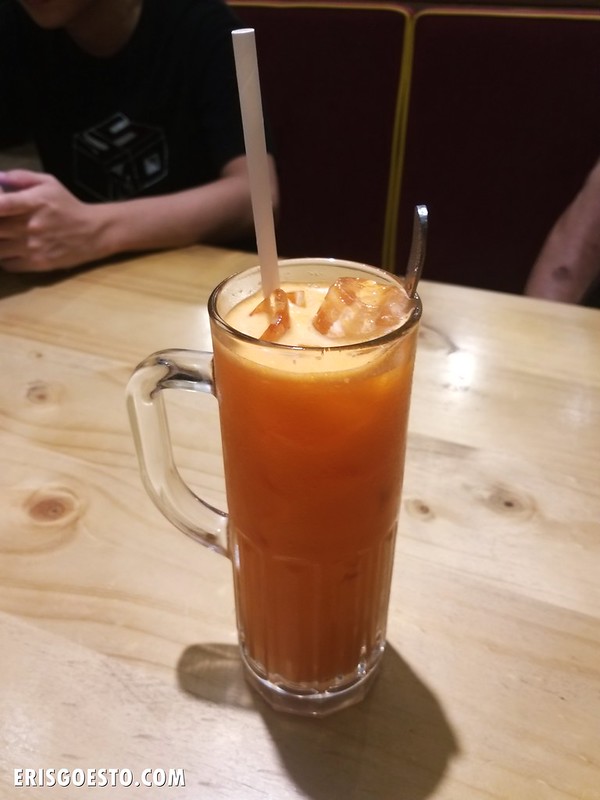 Made a return visit with the fam on a weekend night – we were originally hoping to try Uncle Don’s, but the place was already full at 6pm! Since 10 Gram is just a few steps away, we popped in here instead. Ordered a carrot milk as a thirst quencher. It was okay – but you can tell it was made with a fast blender and all the flavor had been leeched out and destroyed (reason why a cold press is always preferable). 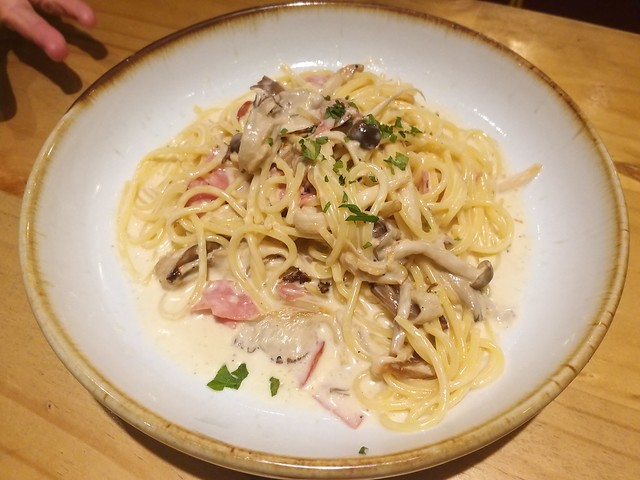 Bro’s spaghetti alfredo was nice and creamy, packed with mushrooms and slices of ham. Granted, no Italian in their right mind would call it actual alfredo but for its price, it’s tasty and value for money. 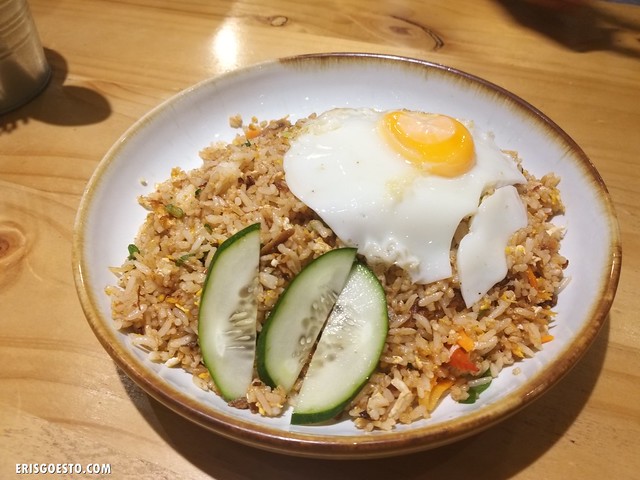 Dad’s fried rice came in a humongous portion and was topped with a sunny side up. Tasted pretty good too. 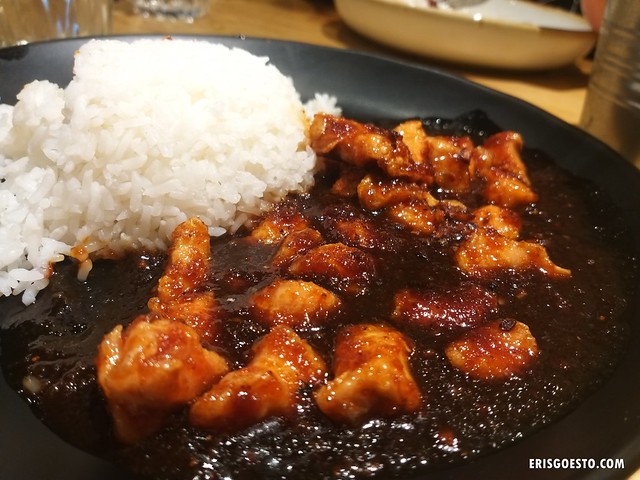 Unfortunately the soy garlic chicken with rice which I had expected to be similar to the Korean version, was anything but (the illustrations in the menu were deceiving). The sauce was extremely salty to the point of almost being inedible, if not for the rice.  I ended up swapping this with the Moo. 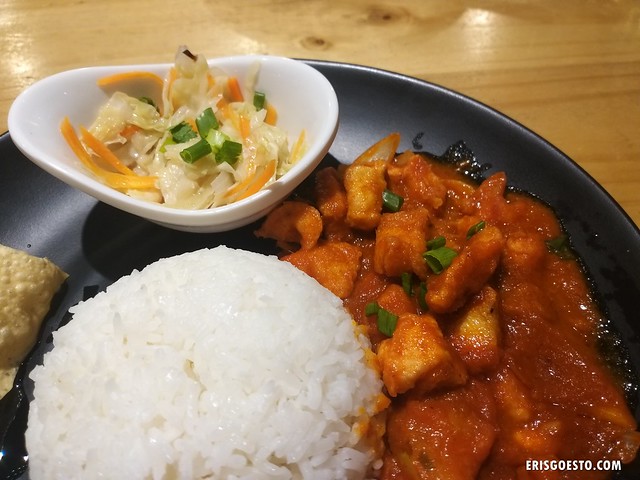 ‘Portuguese’ chicken which Moo originally ordered before realising it was spicy. Like the soy garlic chicken, it was extremely salty and sour. Chef has to go easy on the flavours.

Price wise, 10Gram’s items are quite affordable for the setting – although service is slow. I would stick to their Western dishes over the Asian ones.