I’ve said it once and I’ll say it again – I have a love-hate relationship with Manila.

On one hand, I love how culturally rich and historical it is, with its museums, churches and art galleries (And Jollibee, of course!). On the other, I’m not a fan of its insane traffic, the pollution, and the fact that its one of the most densely populated cities in the world. It’s extremely difficult to find a quiet space.

Having been here several times, I often get friends asking me if Manila is worth visiting (for many Malaysians, the Philippines is not as popular as other S/E Asian destinations like Thailand or Indonesia – and if they do visit, it’s usually to Boracay). My answer is always “It depends on what you like.” If you’re thinking the type of packaged cultural offerings you often get in Bali or Chiang Mai, or a beach getaway (because Manila is by the sea right? lol), then you will be disappointed. Manila is not a place to ‘get away from it all’. But if you’re up for a bit of urban adventure in a chaotic and colourful city…then Manila has a certain charm.

While quarantine restrictions are still in place due to COVID, that doesn’t stop you from planning for your next adventure. Since June 24 marks Manila Day – commemorating the 449th anniversary when Manila was proclaimed as Spain’s capital city in the Philippines – I’ve made a list of my favourite places to visit! For those who have never been to Manila, this will give you a good idea of what to expect.

If you’re new to Manila, Intramuros is undoubtedly the best place to learn about the city’s rich history. Dating back to the late 1500s, this old walled city has walls that are at least two-metres thick and six metres high, and is home to many historical landmarks, from churches and gardens to old mansions and museums. You can walk around the impressive stone ramparts, some parts of which have cannons on them, or ride around in horse-drawn carriages called kalesa. 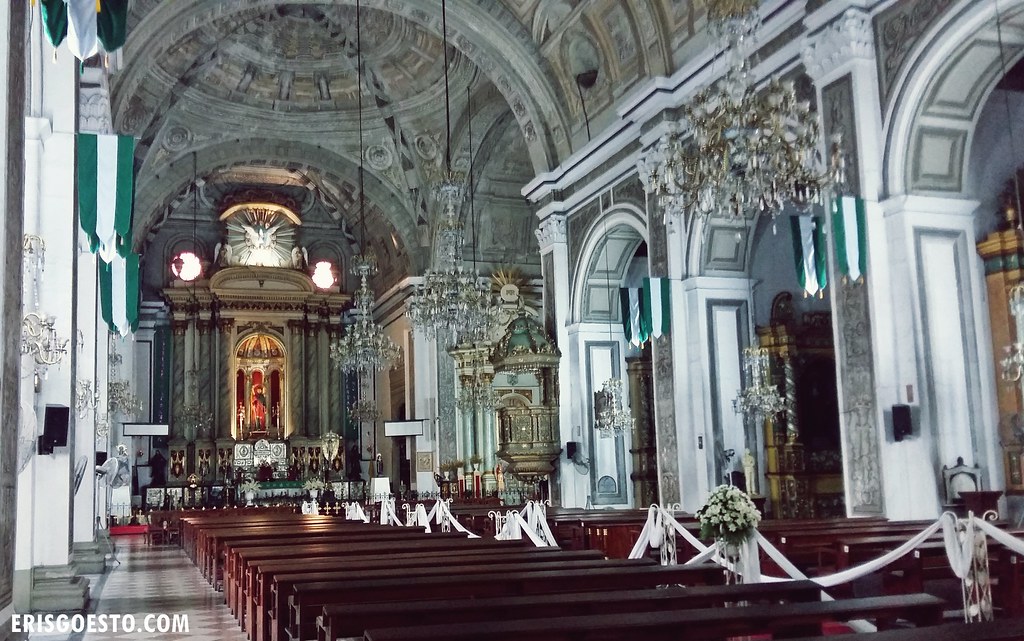 One of my favourite places to visit in the area is the San Agustin Church, which was founded as a monastery by Augustinian monks. Part church, part museum complex, the building has a sad and haunting beauty, with austere stone hallways and sombre oil paintings. This is in stark contrast to the church proper, which features stunning architecture rivalling the grand churches of Europe. There are also galleries filled with religious artefacts and even a crypt. If you’re a history nerd like me, a visit to San Agustin is a must.

The San Diego Gardens is one of those rare oases in Manila that offer a quiet respite, with tranquil European-style lawns and fountains that make it popular as a wedding photoshoot venue. The Baluerte San Diego, a small fort within the gardens, is the oldest structure within Intramuros. Its purpose was to ensure a clear view of the place and prepare against invaders. Back in the day it had all the facilities: courtyard, water supply tank, lodging and workshops – but all that remains of what must have once been a thriving fort are bare brick and stone.

The story of Jose Rizal fascinates me. I am no revolutionary, but as a writer, there is something very moving about how Rizal’s writing set a fire in the hearts of the Filipino people that eventually led to their fight for freedom against their Spanish oppressors. His story is a true embodiment of how the pen is mightier than the sword.

Fort Santiago is where Rizal was housed before his execution in 1896, and visitors to the fort will see a pair of bronze footprints embedded in the ground and leading out to the gate – said to retrace Rizal’s last footsteps. Inside the fort, you will also find a shrine/museum dedicated to this Philippine National Hero, which contains various memorabilia including poetry pieces, letters he wrote to family and friends, replicas of sculptures, paintings and more. 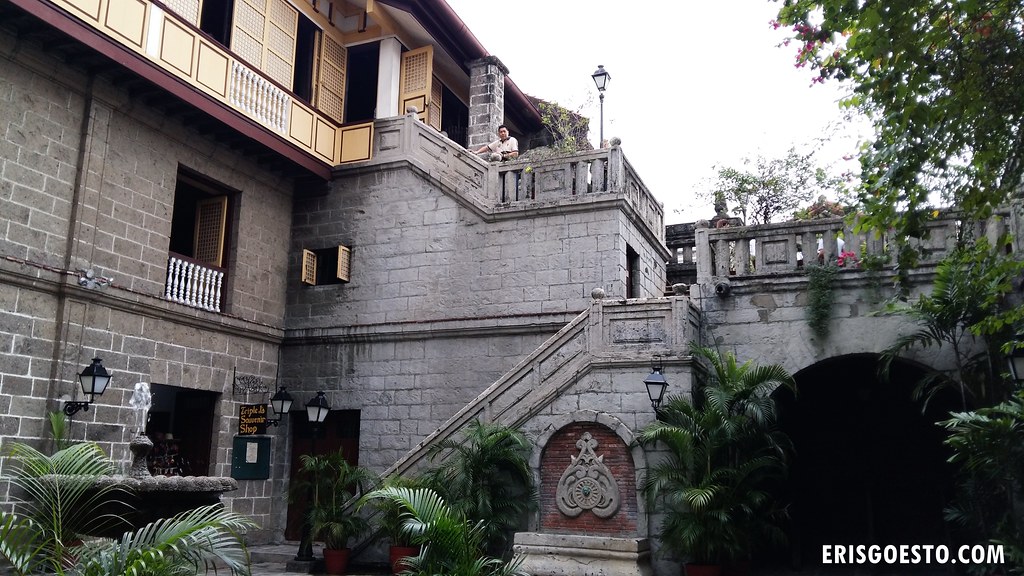 One of the items on my bucket list is to visit Vigan, a town known for its Spanish colonial architecture. In Manila, you have Plaza San Luis, a complex that contains five houses, a museum, theatre, hotel, souvenir shops and eateries. Since Intramuros was nearly levelled during the war, many of the old homes were destroyed, and the homes here have been replicated to represent different eras in Filipino-Hispanic architecture. The overall colonial feeling of the place – with its quaint courtyards and staircases – makes it easy to believe that you are peeking through a window in time. You can almost believe that some rich young ladies in traditional Filipinianas, giggling behind their fans in the summer heat while out for an afternoon stroll, are just about to round the corner.

This cathedral was rebuilt a whopping eight times – it kept getting destroyed by fires, earthquakes and whatnot. While the architecture is not as grand as St Agustin, I like the stained glass art that it has, as well as the replica of Michelangelo’s La Pieta in which Mary cradles the broken body of Christ. 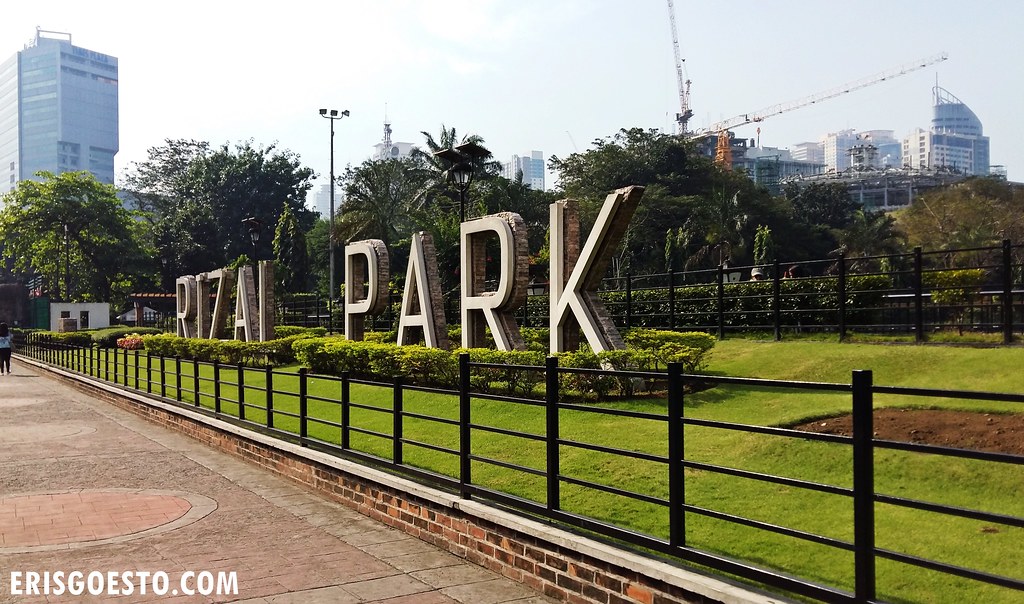 A short distance away from Intramuros is Rizal Park, one of Manila’s few green areas. Like many old parts of Manila, it teems with history – hundreds of nationalists were executed here during Spanish rule, including Jose Rizal. It is fitting then, that the Philippine Declaration of Independence from America was read in this spot, and that the park was named after the revolutionary himself. When Pope Francis visited the Philippines and conducted a mass at the park, six million people turned up – that’s 1/5 of Malaysia’s population! While I wouldn’t say Rizal Park is the best park I’ve ever been to (litter is a problem), I think it’s a great place to visit if you’re sick of Manila’s endless malls. There are a few smaller parks within like the Nayong Filipino which are nice to explore. 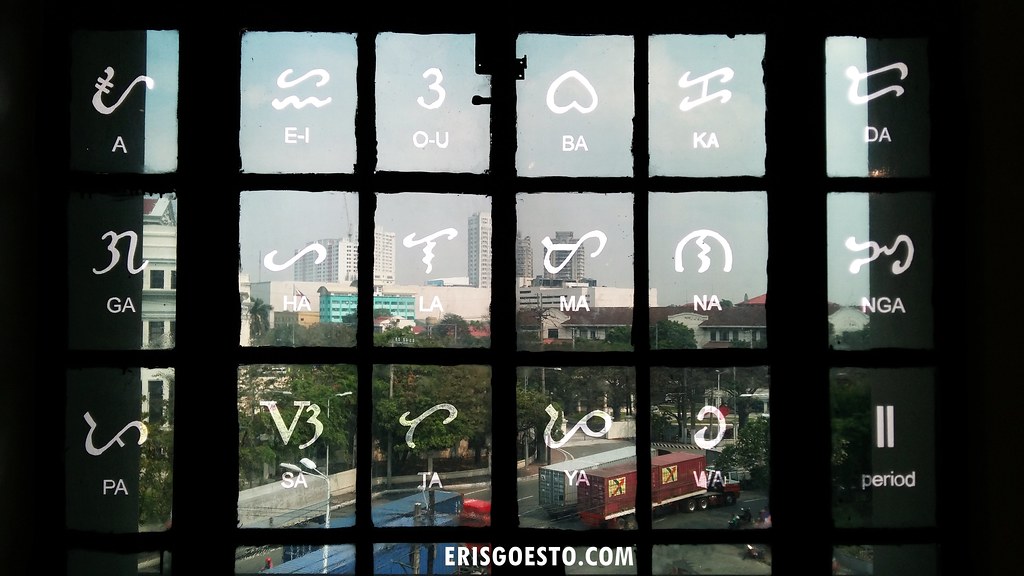 With it’s tall, white-washed Corinthian columns and wooden doors, the grand-looking National Museum of Anthropology (aka Museum of the Filipino People) is hard to miss and is just a stone’s throw away from Rizal Park. Part of the National Museums of the Philippines, it houses the anthropology and archaeology divisions, spanning five floors. Coming from Malaysia where we have pretty lame museums (sorry, got to call a spade a spade), I was blown away by the quality of Manila’s major museums. The quality of the exhibits, as well as how they are arranged (with sections dedicated to indigenous art and culture, the history of the Philippines during the colonial era, etc.) offer interesting insights into the development of modern Filipino society.

Filipinos are artistic people – there’s even a stereotype about how all Filipinos are good at singing and dancing (these people have obviously never met my husband) – and art has always been a way for the people to express themselves, even in times of oppression. 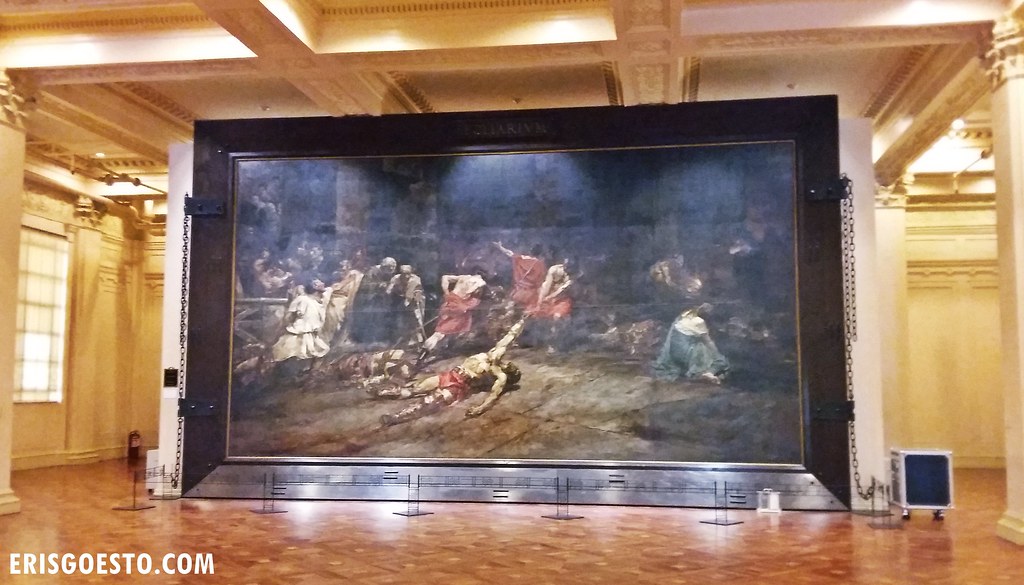 The National Museum of Fine Arts, which is housed in the former Legislative Building, is a testament to this creativity and resilience, with works by national artists such as Juan Luna, Félix Resurrección Hidalgo and Guillermo Tolentino. In fact, when you walk in, the first thing you will be greeted with is an almost floor-to-ceiling work of Juan Luna Y Novicio’s Spoliarium – possibly one of the Philippines’ most popular pieces of art. The gallery is filled with artistic treasures, most of which reflect the country’s European-influenced past, and there are pieces that are so intricate and detailed, you can’t help but marvel at the level of craftsmanship that went into creating them. It’s definitely a place that you can get lost in for hours. 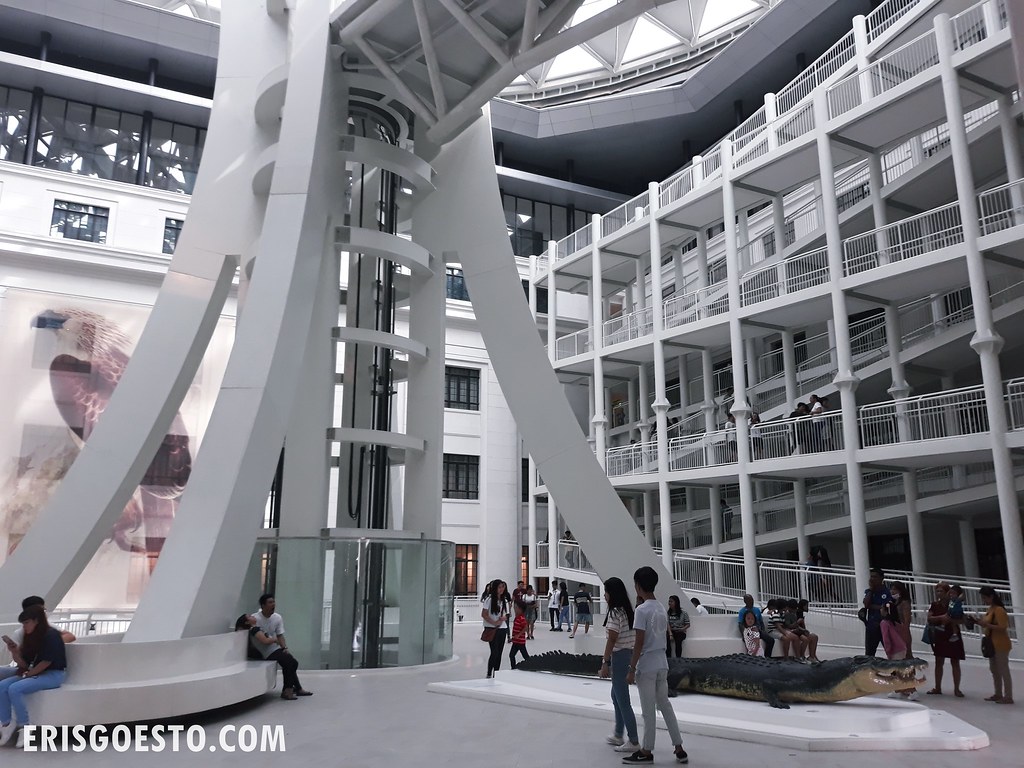 Another must-visit is the National Museum of National History, which has a very picturesque central court that boasts a structure called the DNA Tree of Life, as well as loads of interesting exhibits on nature and geology in the Philippines. There are sections dedicated to botany and entomology, marine life, mangroves and more. Even if you’re not into natural history, the architecture of the building alone is worth dropping by for.

I try to visit the local Chinatown whenever I visit a foreign country. Idk, call it a subconscious need to reconnect with my roots or whathaveyou, lol. 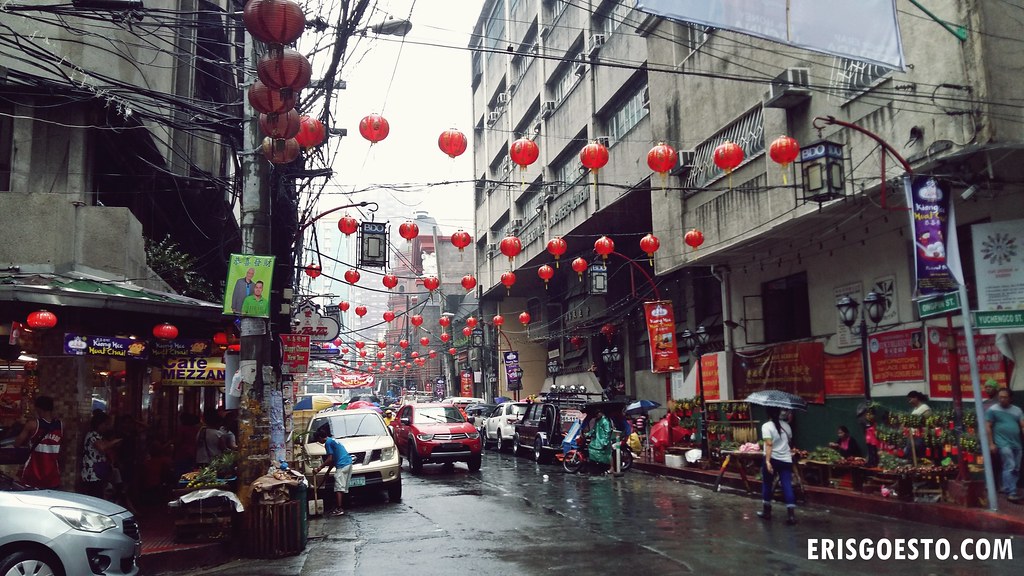 Manila’s Chinatown, Binondo, is the oldest in the world, dating back to 1594. Its narrow, chaotic streets, with its haphazard signboards and buildings, can feel claustrophobic, but it has a charm of its own. What I like about Binondo? The food. There are legendary establishments here that have been in the same family for generations, such as Eng Bee Tin – known for their hopia (a type of pastry) and tikoy (sticky rice cake – in Malaysia we call it niangao). If you’re here, look out for a shop called Ling Nam, which serves mami noodles (plain or with pork asado) – I stumbled across this gem purely by chance. There are many restos around the area that I haven’t had the chance to try yet, so I’m looking forward to another visit!

12 thoughts on “10 Of My Favourite Places To Visit In Manila, Philippines”