It’s Day 6 of the Restricted Movement Order in Malaysia. Officially, there are 8 more days to go –  but looking at the upward trend of cases, an extension might be imminent. 😦 I know I am luckier than most in that I have enough savings to tide me over should the RMO be prolonged, but there are many out there such as the homeless and the destitute who are in danger of falling through the cracks as governments scramble to control the spread of the virus. Aside from doing our part as good citizens, we should also help donate what we can to help frontliners such as charity workers and NGOs.

As for what I’ve been doing at home: I’ve been working on my articles, both for my main job as well as my side hustles. It’s a good thing I did them way ahead of time, because looking at how things are, it’ll be a while before I can go out to conduct any sort of interview.

It can be difficult to keep yourself disciplined when you’re ‘working’ from home (my workspace is literally two steps away from my bed) but so far I’ve been adhering to my routine – wakeup at around 8.30 am to 9, breakfast, and then start working by 10. I take a short break for lunch, and then I work until 5pm and wrap up for the day. In the evenings I either help my mom out in the kitchen, or I work out for half an hour. After dinner, I surf the net, read or write for the blog.

The good thing about not having to spend time in traffic is that I have more time to do the things I want. I recently sorted out some photos in my laptop and realised I never blogged about my book cabinet. I had it installed at the end of last year because my mom, a neat freak, was losing it over how many books I had (and kept buying). I had books all over the place; on a bookshelf in my room, in the cabinet downstairs, in giant containers and boxes. She gave me an ultimatum – either I got a bigger space to keep everything, or she’d throw them away. So, cabinet it was. 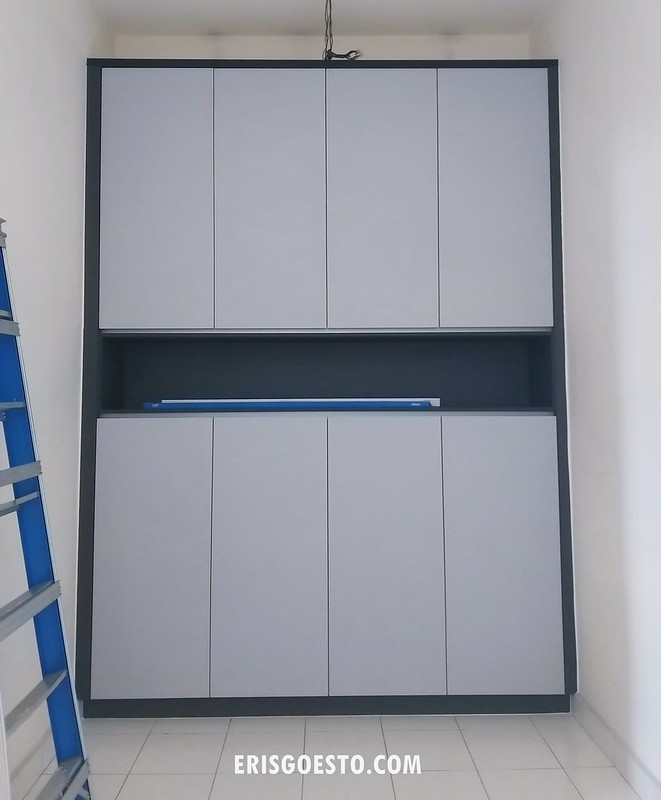 It took a couple of days to set up (problem with parts and stuff) but the result was great. It’s harder to get to the books at the top though, so we put stuff we don’t normally take out often like the photo albums and some old magazines. 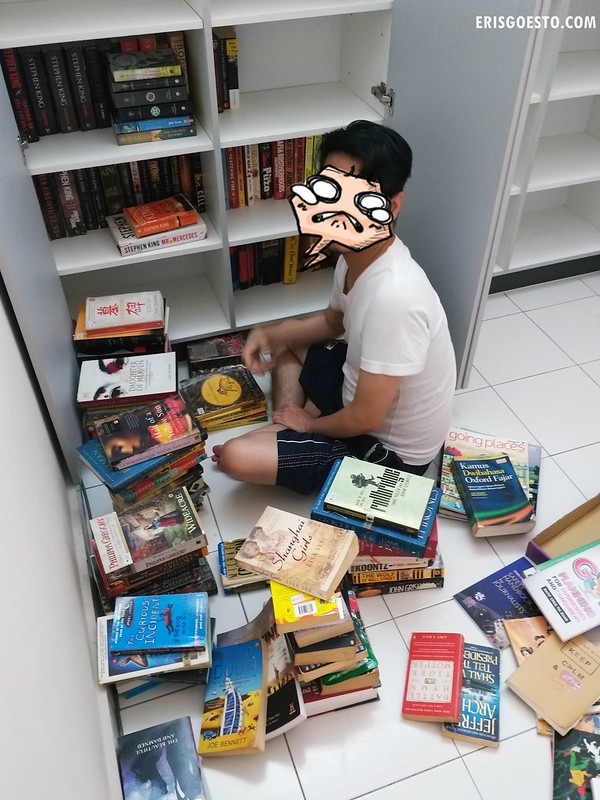 N was still here last year (he’s now in the Phils due to job commitments) so he had no choice but to help me sort out my mountain of books lol. You gotta work for your board and lodging, bruh 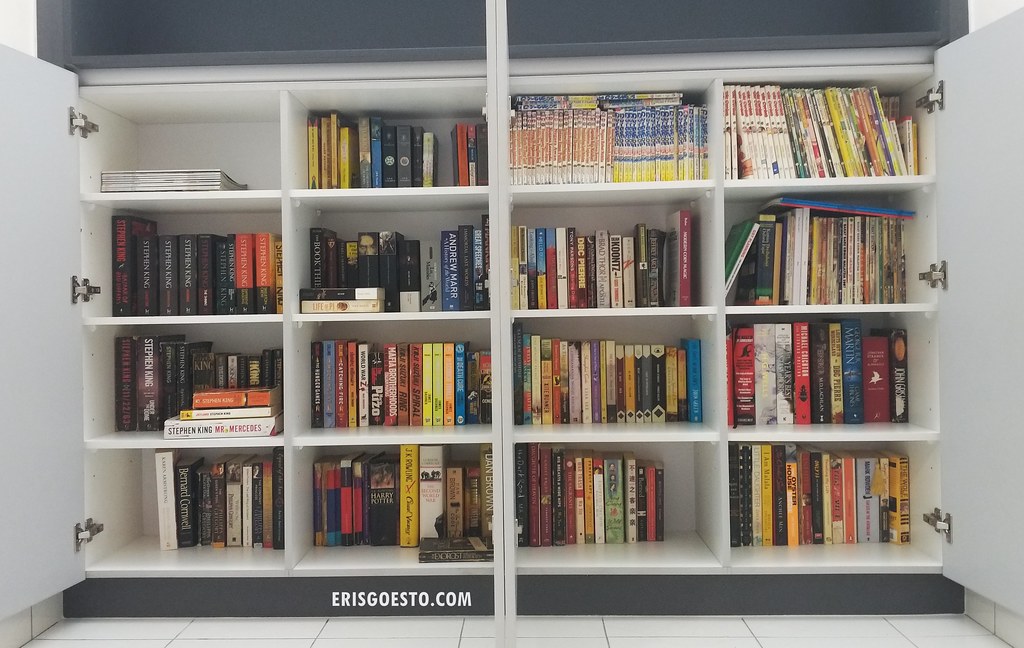 It took us several hours but we finally got everything nicely in place! Even had them sorted out according to category, so there’s like a section for all the comics, Asian literature, fantasy, historical fiction and horror. How do you sort your books? I know some people like to sort their books according to colour, or alphabetical order, or genre. 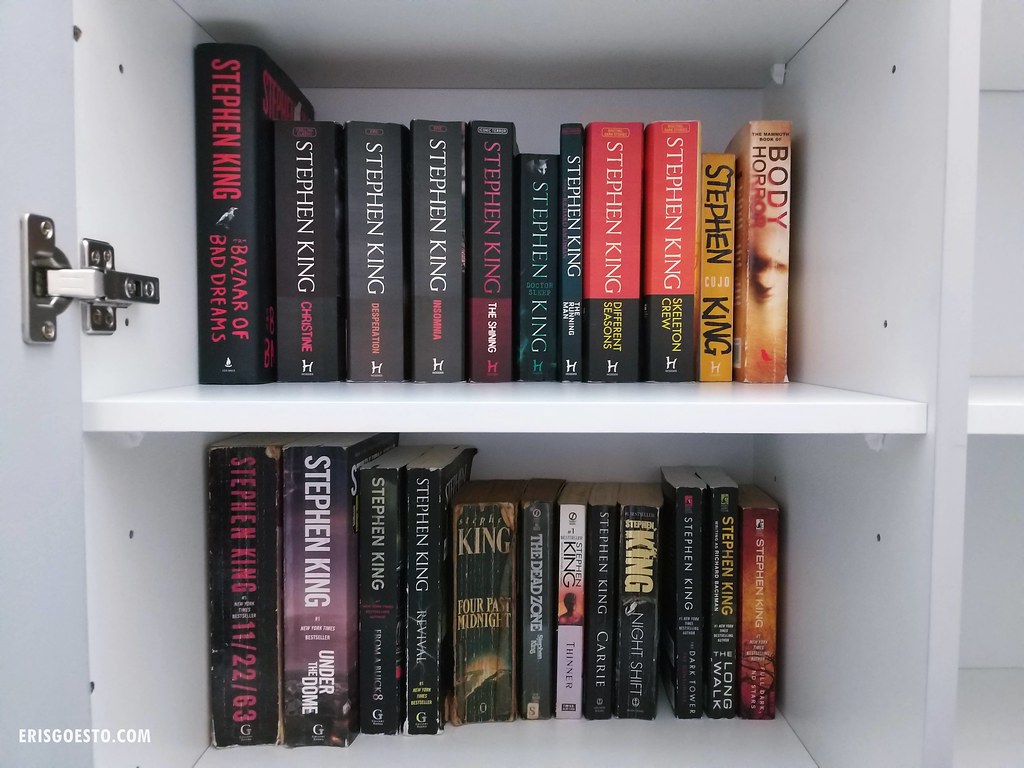 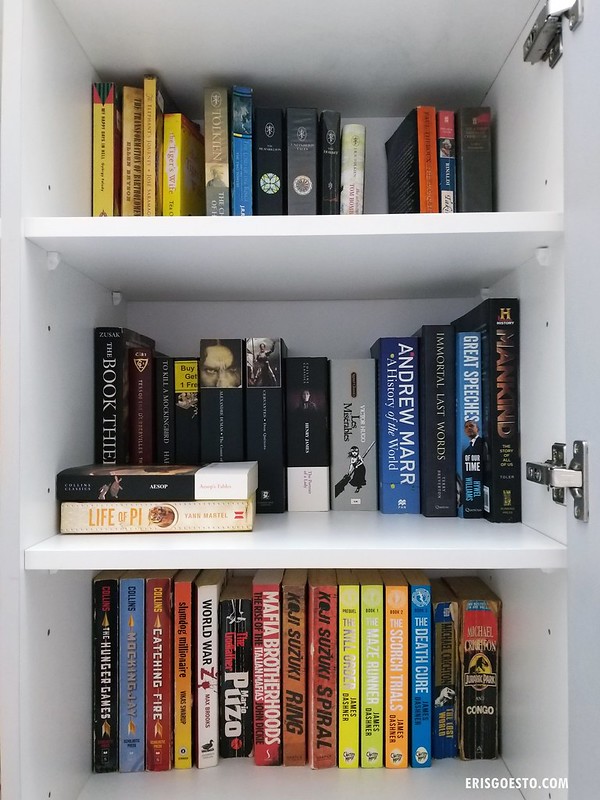 If you see books that look like they’re in a less-than-stellar condition, they’re either a) second-hand books, or b) my favourites, because I like to reread books and they somehow end up in tatters lol. 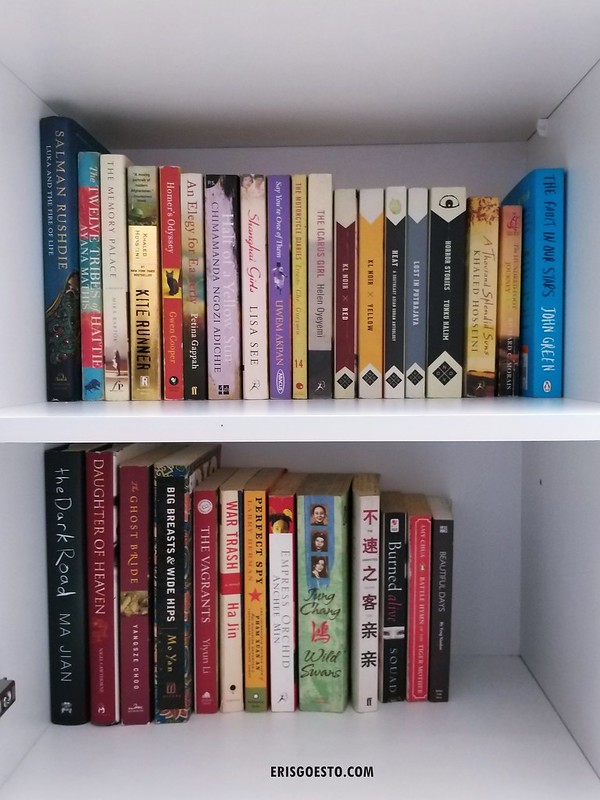 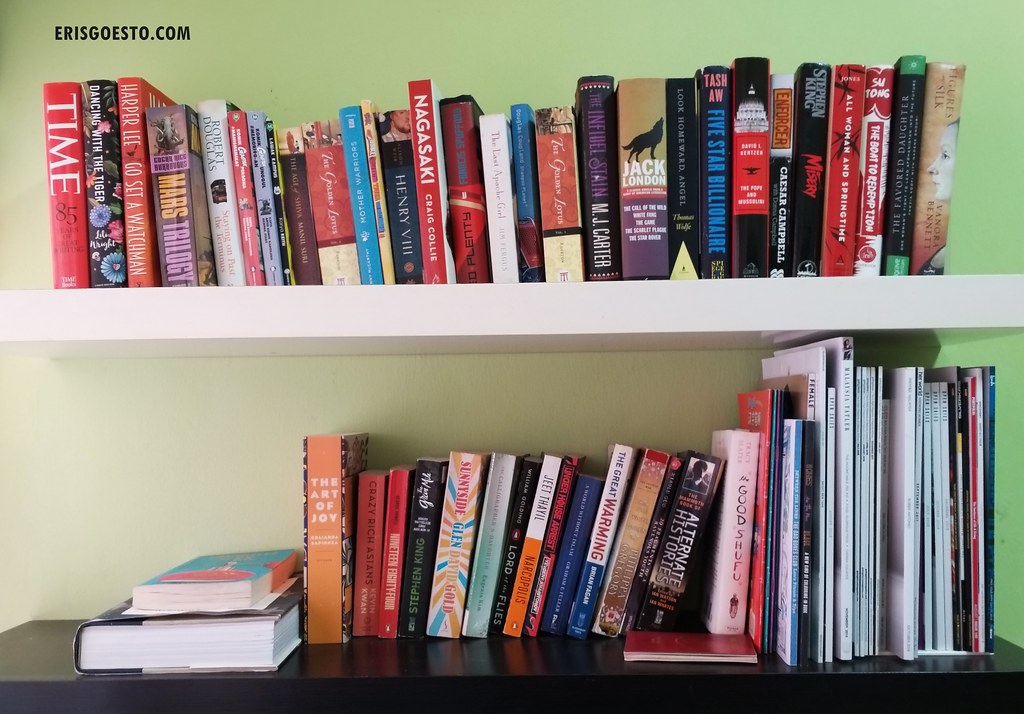 Another shelf in my room. The books ended up in the upper cabinets.

People have asked me if I’ve actually read ALL of the books I have. And no, I haven’t. My reading habits have gone down the drain ever since I started working, but I’ve been trying to get back into it these last couple of months, and I can proudly say I’ve finished at least one book a month in the last 3 months. Now, only several dozen to go…

8 thoughts on “My Mini Library”