So our Prime Minister just announced yesterday night that the entire Malaysia is under a restricted movement order for 14 days. Businesses and government agencies (excluding the essential ones like communication, electricity, supermarkets and groceries) have been ordered to close, while travel for Malaysian citizens out of the country is banned, and foreign tourists are also banned from entering the country. This comes after a huge spike in COVID cases were traced back to a major religious event which saw over 15,000 people congregating. Why people still organised such a big event at this time is beyond me.

Many thick-headed Malaysians also have no self discipline, still going on holidays and carrying on like no one’s business. I’m not talking about people who actually have to go out and make a living, because that’s unavoidable. I’m talking about those aunties and uncles who still want to travel because they’ve booked flights and don’t want to cancel them.

So congratulations, now the rest of us have to suffer because of your selfishness. I bet you’re the same people that are now currently hoarding toilet paper and panic buying and leaving none for people who can’t afford to buy groceries in bulk, like those in the B40 group. Congratulations again on showing how ugly human beings can be.

That was a ranty intro lol.

Anyway, the good news is that while restaurants and cafes are closed for dine-in, you can still do takeaway and order food from Grab, Food Panda and other food delivery apps. Before this whole shit storm (I was actually going to blog about it anyway, so this is timely) I tried out a local food delivery service called DahMakan, which has been around since 2015. Unlike apps like GrabFood and FoodPanda, which collaborate with local restaurants and cafes for the food, Dah Makan has its own fleet of chefs, promising to deliver ‘fresh and healthy, chef made meals’. They used to be much more expensive, but prices now average about RM15 – RM25.

DahMakan offers a selection of international and local dishes, neatly categorised according to the type of cuisine, such as Western, Chinese, Malay, etc. For example, a Nasi Kerabu with Ayam Berempah costs about RM14.99 (excluding delivery charges)

Once you’ve made your choice, the app will allow you to select an estimated delivery time for you to get your food. You can also order in advance for several days. For those who order regularly, there is a Prime 5 package (last time I checked it was RM99) which allows you to save up to 20% on meals, with free delivery and priority fast track with a 30 minute delivery window.

I made my order around 11.30AM, and scheduled for it to arrive around 12.30PM. Once the order is confirmed, a counter with the image of a chef will pop up on the map, stating Chef so-and-so is preparing the food, along with an estimated time for cooking. DahMakan has these ‘kitchens’ in areas all around the Klang Valley, so the nearest kitchen to my workplace is about 10 minutes away. Even so, it got delayed by over an hour, and the rider couldn’t find my office building even after I gave him directions. If I was an entitled customer, I guess I would have asked him to come up to my block by hook or by crook, but in the end, I went downstairs to the lobby to meet him there and pay (I paid in cash but you can also pay through debit/credit). 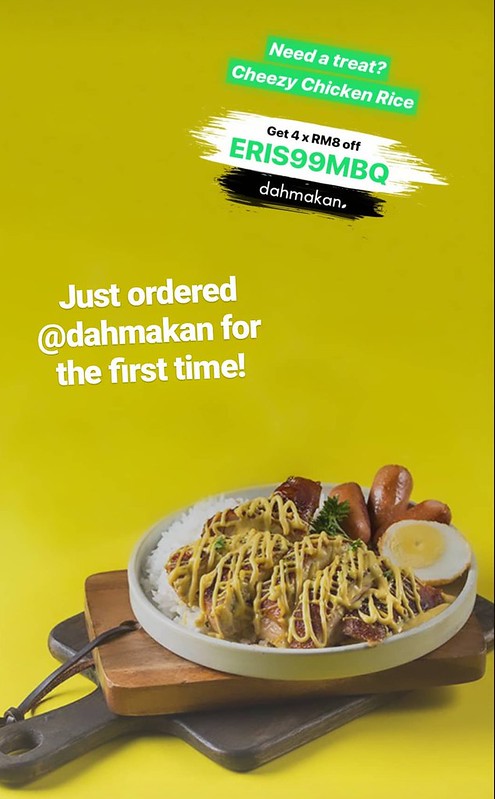 As a first-time customer, I had an RM8 discount. The app also offers a discount code for your friends. The Cheezy Chicken Rice looked enticing, so I got that. It was originally priced at RM15.89 with a delivery charge of RM0.99, so with the discount it was RM7.89. 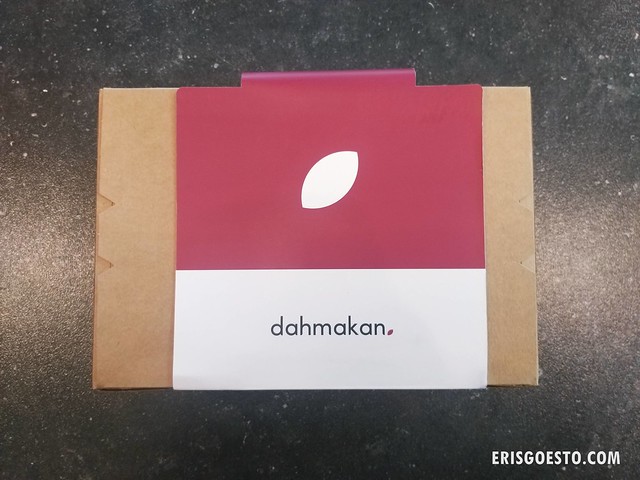 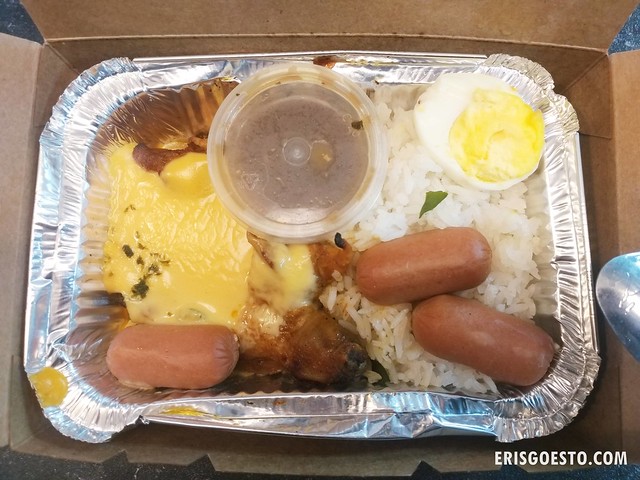 … a far cry from the photo though lol.

To be fair, the flavour of the chicken chop was decent. The portion, though, was pretty small. I wouldn’t say I’m an extremely big eater, but it left me still feeling hungry and unsatisfied, especially since I had waited for over two hours for the food to arrive. The sauce in the plastic tub was bad – watery and tasteless – I’m not even sure what it was supposed to be. I definitely would not have felt it worth if I had paid the full price of RM15. But then again, it might just have been a case of ordering the wrong item, as I have yet to try their other dishes.

I would probably not order from DahMakan again. I know I’ve only tried it once, but weighing the pros and cons, perhaps I’m better off trying out other food delivery apps, or just eating out (once this whole COVID thing tides over). If you would like to try it though, do utilise the code and get your discount – perhaps you’ll have a better experience! 🙂