I hate them with the intensity of a thousand suns, and while I understand why people wear them, that doesn’t make me hate them any less. If hell exists, one of its punishments should be having people put them on and off, every minute, every day, for the rest of eternity.  I can’t imagine a worse fate for my enemies.

In my 27 years of wearing glasses (I was born with astigmatism, so I started wearing them when I was 3. Big metal ones), I’ve only tried wearing contacts once, back in 2013, out of curiosity. The experience was unpleasant enough to put me off wearing them – that is, until recently.

So I’m having my wedding ceremony in a couple of days, and it completely did not cross my mind until I went for my trial makeup session and my makeup artist asked me if I had gotten my contacts yet.

Stacey (my makeup artist): Your contacts?

I could sense Stacey stifling her laughter although she answered me with a straight face that it would be better if I wore contacts, since she’d have to put falsies on for me and all that other shit (I don’t like wearing makeup. ie I’m too lazy). I grudgingly nodded, my mind already reliving that one traumatic episode from back in 2013, when I wore contacts for the first time, in which it took me hours to get the freaking contact lenses out of my eyeballs.

Anyway, I ended up at the optometrist near my office. Some eye tests later, they gave me a set of trial lenses and told me to try them on for a couple of days, in increasing hours each time, so that my eyes could get used to it. The optometrist demonstrated to me on how to put on the accursed things. I wasn’t very good at it (sausage fingers), and spent a good 45 minutes trying to get them on and off (the optometrist wouldn’t let me leave until I successfully did it 3 times idk if I should applaud her for being thorough, or call her a devil).

And for the first couple of days, I tried. I really did. I’d bring the trial lenses to the office and try to put them on in the bathroom. The thing is, I’m fucking blind as a bat without my glasses (I can make out shapes but everything looks like they have a bokeh effect on them if I don’t lean in within 10cm of something, I kid you not) so the optometrist’s advice of ‘use your other eye to see how your contacts are going in’ might as well have been her telling me to use my naked eyes to look at Pluto. After a couple of tries, I managed to get them in and they were actually okay for like four hours.

Then it was time to take them out again and boy oh boy why did I lull myself into believing it would get better? Agony. Pure agony. I couldn’t see where the lenses were and could only guess its position. I ended up pinching my eyeball which was excruciating – I would rather go through an 11-hour hike through the Bario jungle again than do this on a daily basis.

Everyone tells me that contacts are not as clear because they move around slightly + the power is not as specific as what can be achieved with glasses. Which makes zero sense to me. Suffer through the agony of putting them on and taking them off everyday just to enjoy ‘okay’ vision? Like I said, I understand people wear them for different reasons (eg sports people, etc.) but if it’s for beauty .. like, why ? 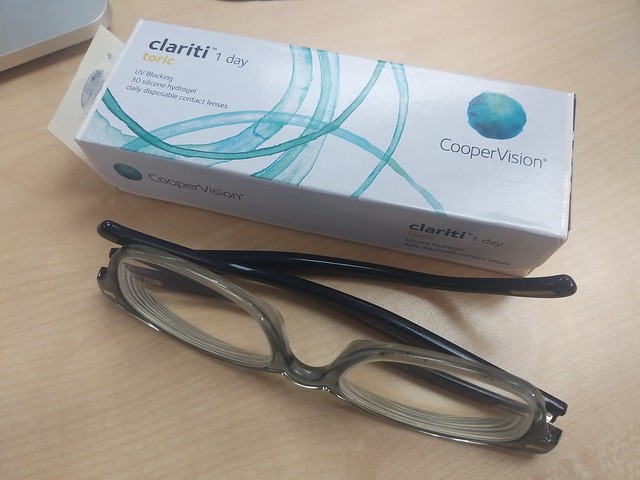 I gave up trying to ‘get used to it’ after a couple of days, because the experience just wasn’t getting better. Maybe I’m just dumb and I can’t pick up the correct way of wearing them; maybe I’ve developed a phobia (you know how animals learn how not to go near an electric fence after they’ve been shocked a couple of times because = pain?). The trial lenses have been sitting around for two weeks (I change the solution every 2-3 days, coz they’re monthly ones), and I think I’m only going to wear them on my wedding day. I mean I’m already going to be uncomfortable with all the makeup caked on and the falsies and the girdle and the high heels and the tight dress so what’s a little more ?

In all seriousness… I’m never. wearing. contacts. again. after. this. EVER. I actually like a little pain, but even masochists can’t enjoy this shit. People might go ‘aww but you didn’t give it enough time!’. Nope. Pretty sure I wouldn’t like it even if I tried wearing them for a couple of months. You know how sometimes you just don’t like eating something and you can’t force yourself to like it no matter how you try? Yeah. 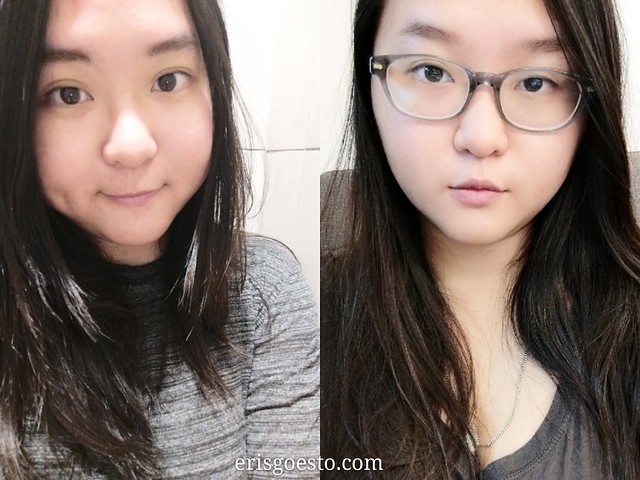 Admittedly they do make my eyes look bigger (me being chinky and all), but it’s just not worth it.  Also it looks weird. Like some sort of dysmorphia.

PS:  Me hating on contacts has nothing to do with how I feel about other people wearing contacts. If you’re happy /comfortable wearing contacts and they make you feel good about yourself, by all means! They’re just not for me. I love wearing glasses, actually. An ex once told me it’s like having two girlfriends when I take them off; wink wink.