Thailand has a rich and colourful history, and it’s chronicled incredibly well at the National Museum in Bangkok.  From the early days of its ancient Buddhist kingdoms of Sukhothai, Lan Na and Ayutthaya to the more modern eras under the Rama kings, the museum offers visitors a look into the history and various facets of what makes up Thailand today – and it’s absolutely fascinating. N and I spent six hours exploring the vast museum grounds, and would have spent more if it wasn’t for the fact that we had other items on our itinerary to go to :’D 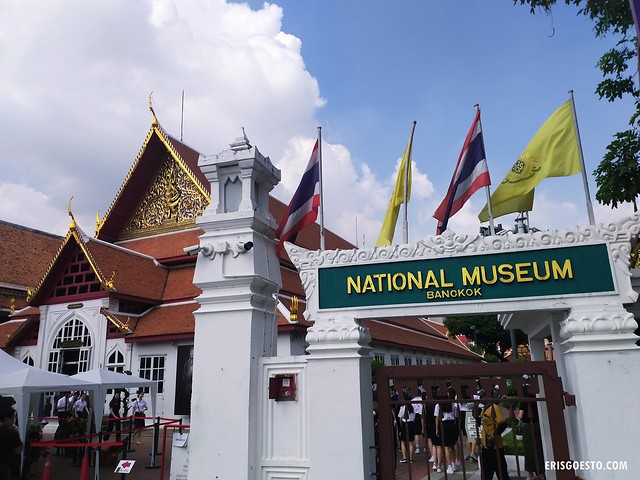 The museum was about 1.5 kilometres from our hostel in Rambuttri, and it was packed with tourists, locals and students, despite being a weekday. From the outside, the museum didn’t look very large, but there were actually many buildings within. There was an entrance fee of 200 baht (RM27) for foreigners. 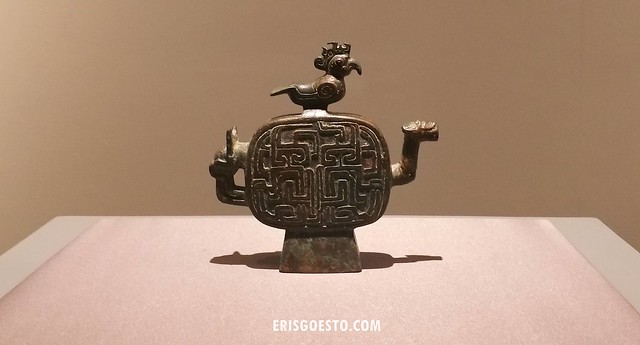 Our timing was excellent as the museum was running a temporary exhibition, “Qin Shi Huang: The First Emperor of China and Terracotta Warriors” during our visit. The showcase included historical artefacts and items from the rule of China’s first emperor, Qin Shi Huang, some of which were flown in from Xi’an.

QSH was a bit of an obsessive personality and during his lifetime, drank mercury in an attempt to prolong his life (mercury was believed to be the secret to immortality back then). When he died (presumably from mercury poisoning), he was entombed in a necropolis, complete with 8,000 life-sized terracotta warriors. The mausoleum, which was designed as a reflection of a palace / city so that QSH could continue ruling in the afterlife,  has never been fully excavated due to fears of possible damage. 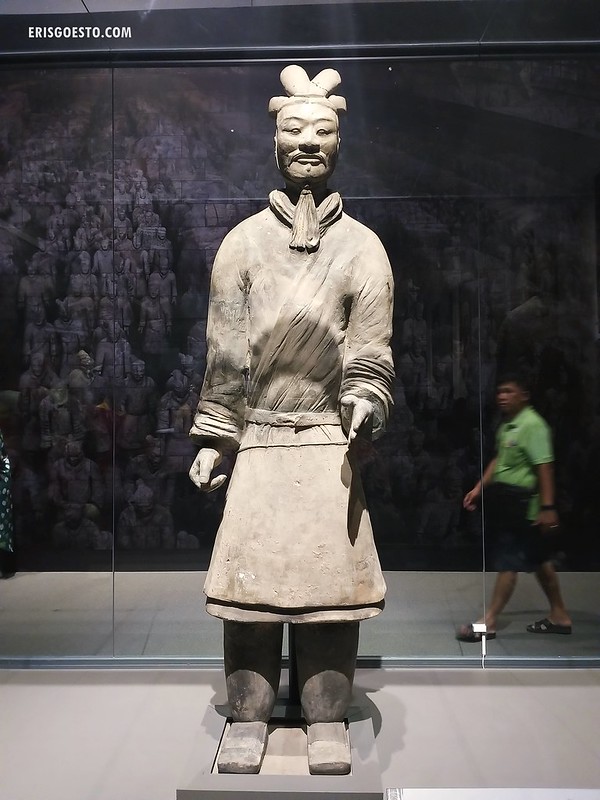 Although it said ‘life-sized’, I felt like the sculptures were actually taller than normal, averaging about eight feet.

The original statues that were discovered were actually coated in paint, so they weren’t all grey and dull looking. The paint evaporated into the air after the mausoleum was excavated. 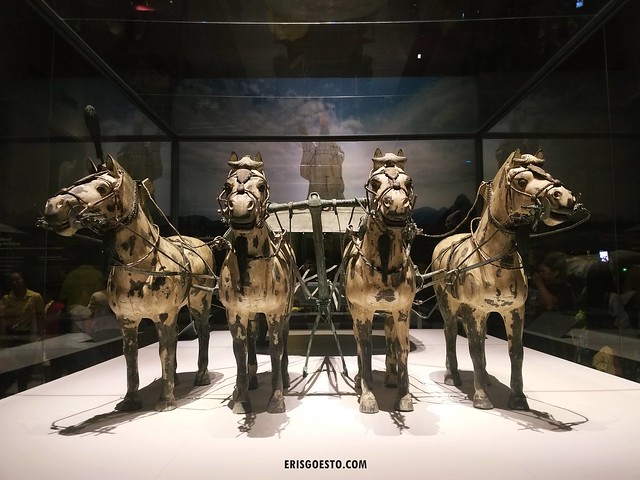 Beyond just his odd practices of drinking mercury and burning books, SHD was an extraordinary figure who united China’s many warring factions under one banner. The exhibition also detailed this, explaining the economic and political reforms that took place during his rule, as well as cultural and historical impact that can still be felt two millennia later.  On display to tell the narrative was advanced weaponry, decorative statues, household items, ritual objects, and more. 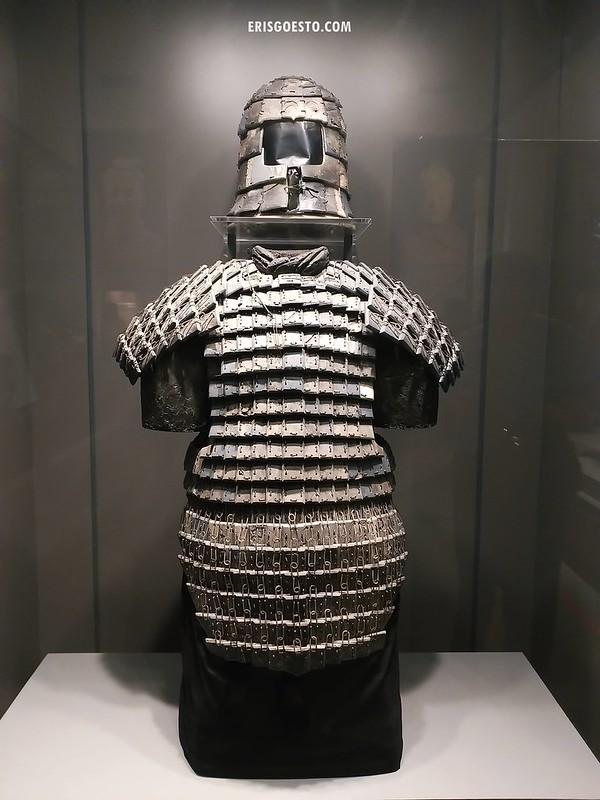 A distinctive stone armour worn by soldiers, made up of hundreds of interlinked stone pieces connected by bronze wire to offer more flexibility. 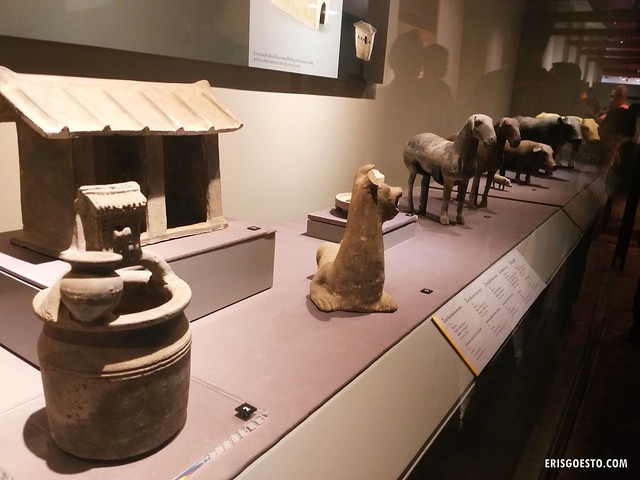 Decorative / ritual objects in the shapes of farm animals like horses, cows, goats, pigs and sheep; or scenes from everyday life like a rice mill, shrines and small houses. 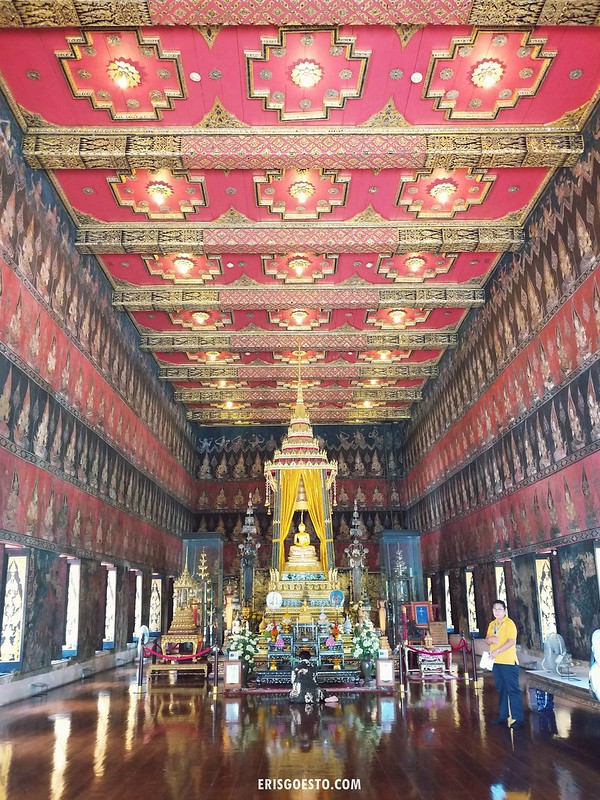 N was fascinated, and I had to literally drag him out to the main courtyard (lest we stay there the entire day). We next ventured into the Buddhaisawan Chapel. Built in the early 18th century, the main hall houses one of the most sacred Buddhist images in all of Thailand, the Phra Buddha Sihing.

The vast hall had sleek wooden floors, with a red ceiling and walls decorated with images of the Devas, as well as old paintings telling Buddha’s story. Some of these were faded with age and were difficult to discern, but you could still see the meticulous attention to detail poured into creating each one. 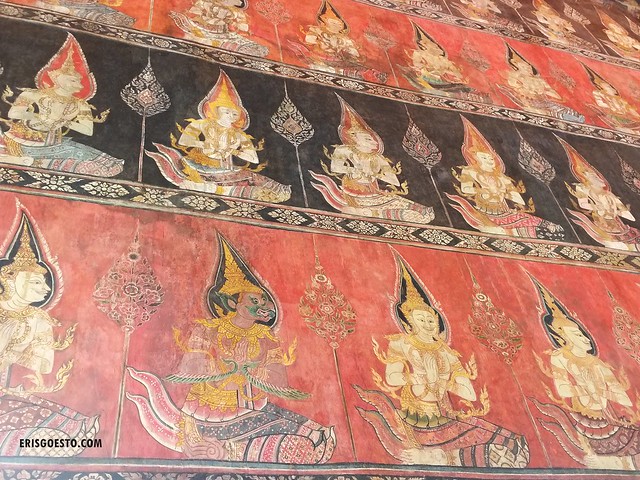 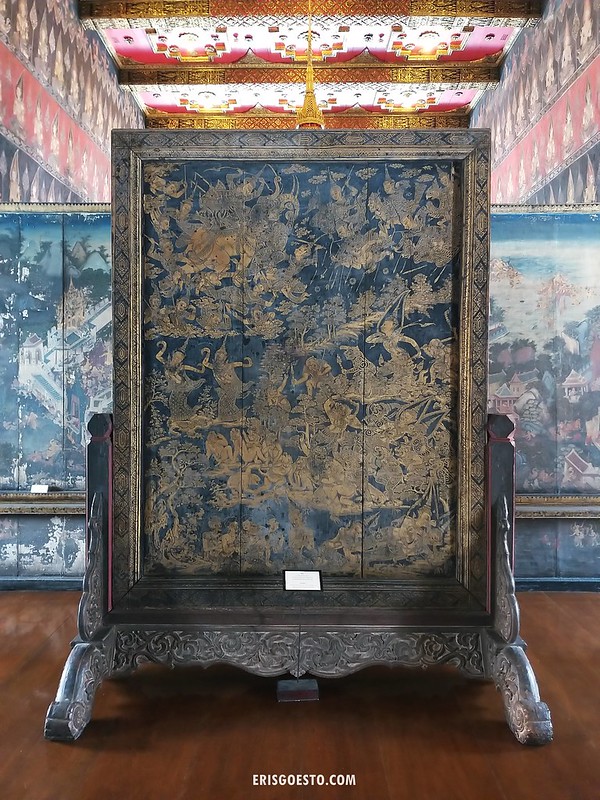 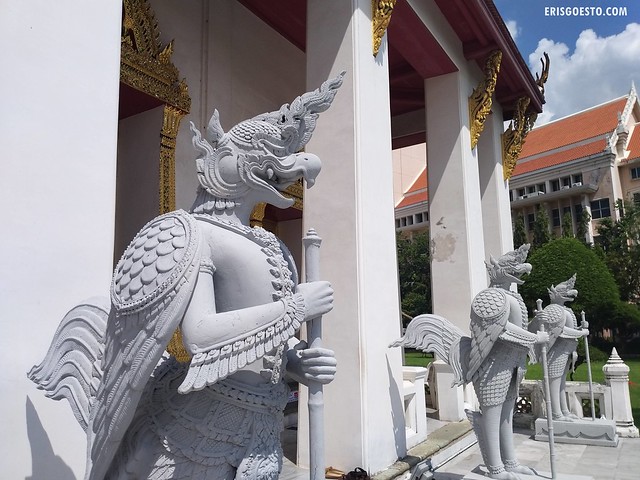 The entrance to Buddhaisawan Chapel is guarded by garudas – mythical creatures in Buddhist and Hindu mythology that sport avian and human features. 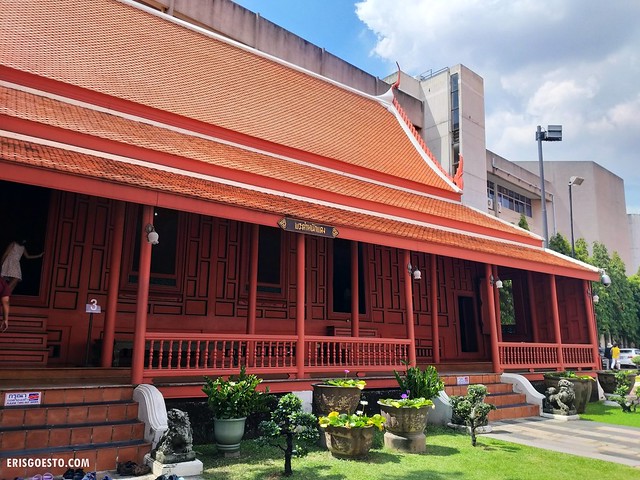 Another building you can check out within the museum is the vibrant-looking The Red House. Constructed from teak, it was originally the private living quarters of a princess. Today, it houses items used by royals in the past, including those of Queen Sri Suriyenda. 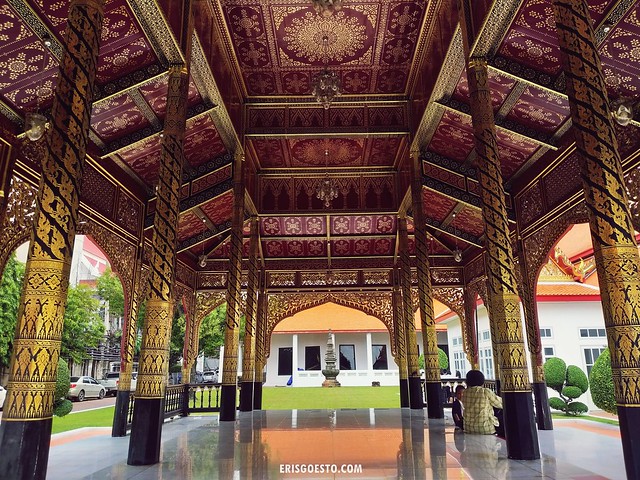 A beautiful gold pavilion with intricate decorative features and exquisite detailing on the ceiling. 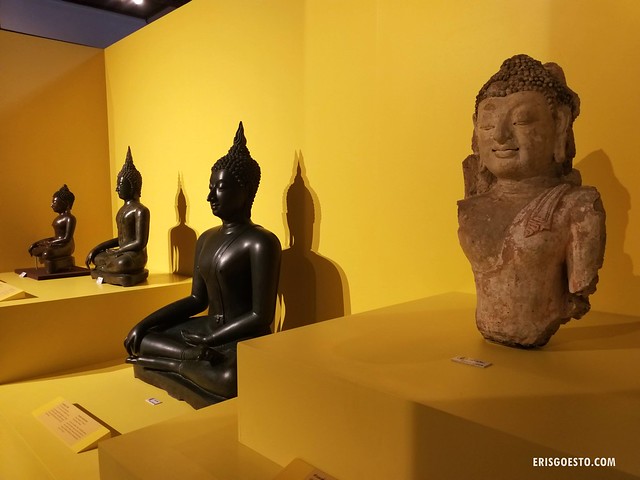 The halls within the museum seemed to go on forever – there were just so many things to see. There were sections dedicated to Buddhist art from Thailand and neighbouring regions, the evolution of the country’s monetary system and currency, paintings, weaponry, clothing worn by royals, palanquins which were used to mount onto the backs of elephants, war drums, dioramas and much more. 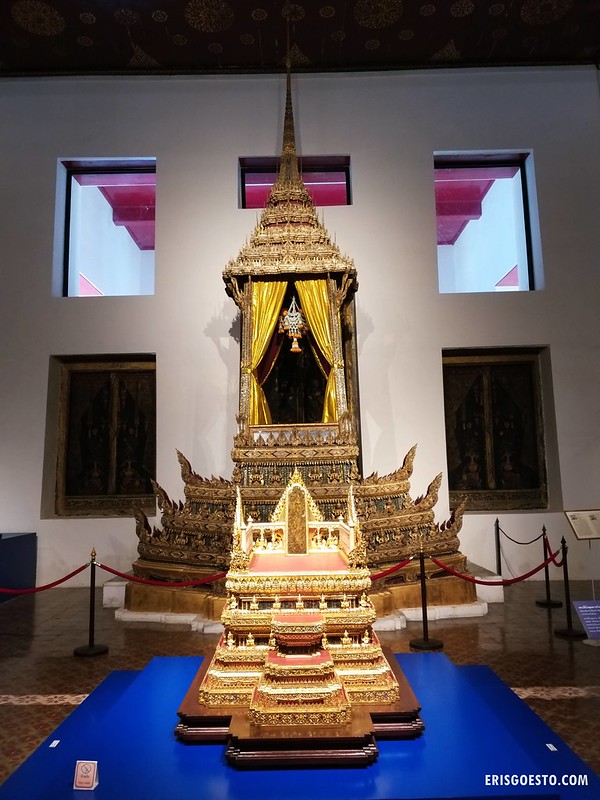 Royal throne. The colour gold is prevalent in Thai colour, as it is an important colour in both Buddhist and Thai culture. 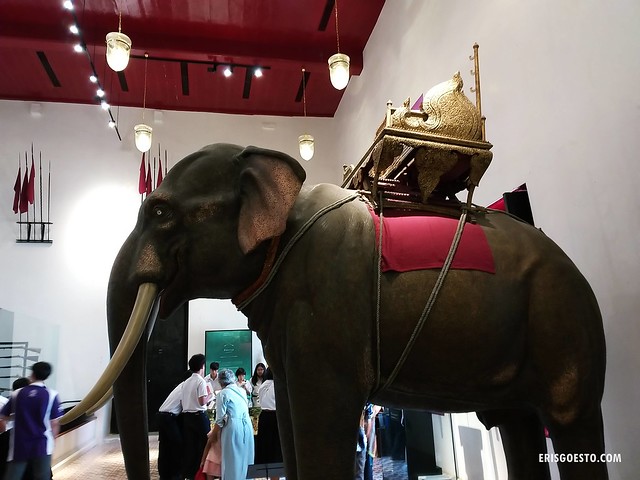 Life-sized replica of an elephant with a palanquin strapped to its back. Elephants are the national animal of Thailand. 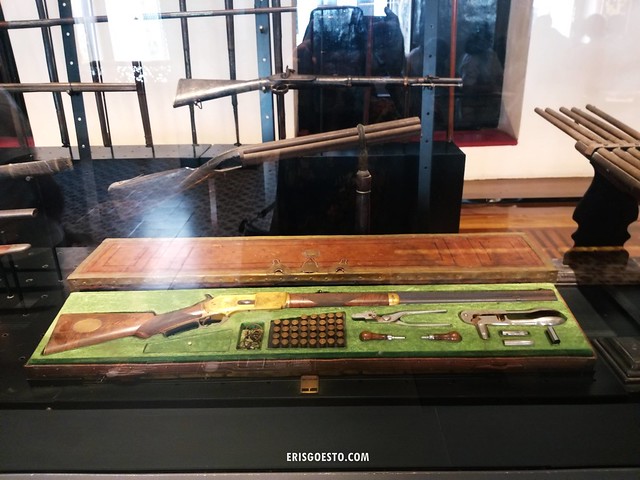 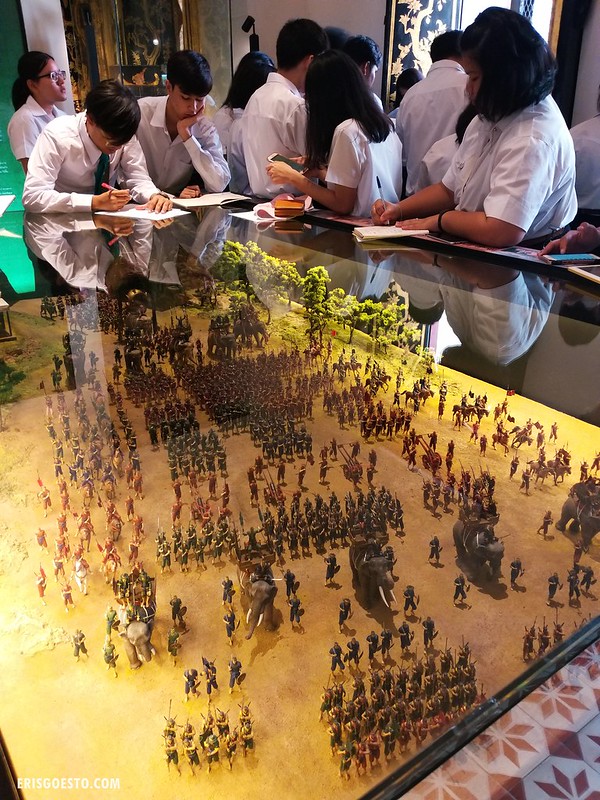 Students writing notes down as they observe a diorama, complete with war elephants, cavalry, foot soldiers and archers 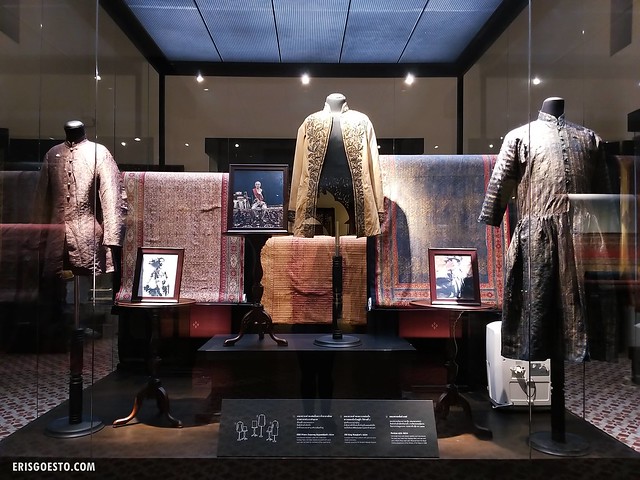 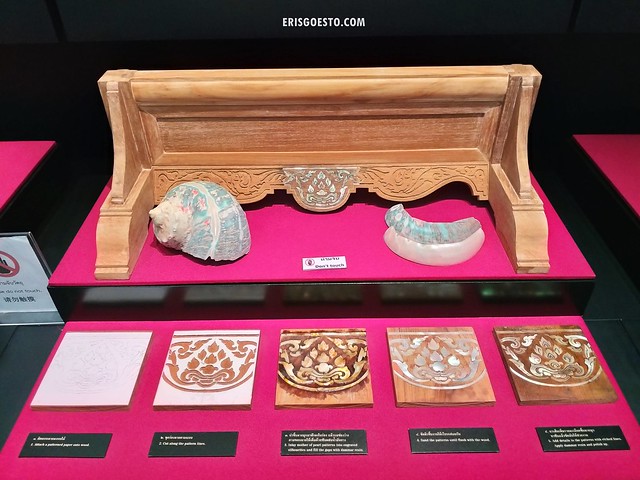 Everyone likes beautiful things – and there were sections detailing Thai art, such as how artisans apply mother of pearl to everything from furniture to sword scabbards; as well as a section for enamel pottery. 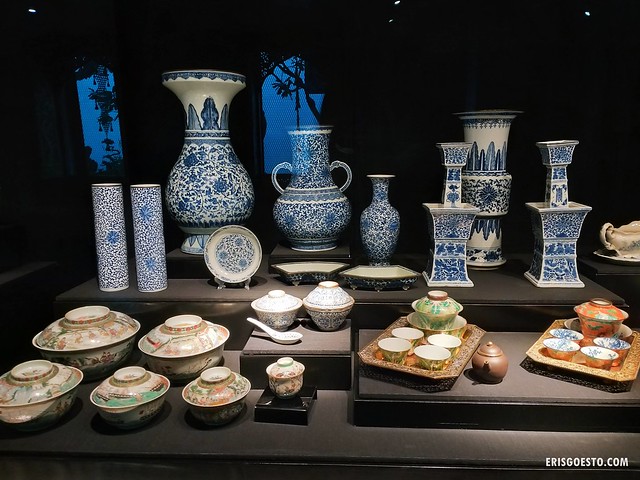 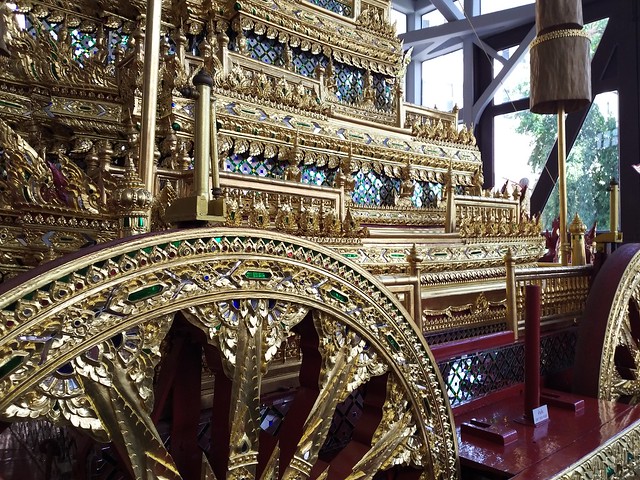 Another impressive section was a hall containing numerous royal funeral chariots. Built from teak, the chariots were ornately carved, painted and gilded in gold, with mythical / religious figures and decorative fixtures such as nagas and devas.

Thais have deep respect for their royalty (they have some of the world’s strictest lese-majeste laws), and they revere them as much in death as they do in life. When a member of the royal family passes, the chariots are pulled by hundreds of men in a parade down the streets with the urn carrying the ashes of the deceased royal sitting atop a tall roofed shrine. 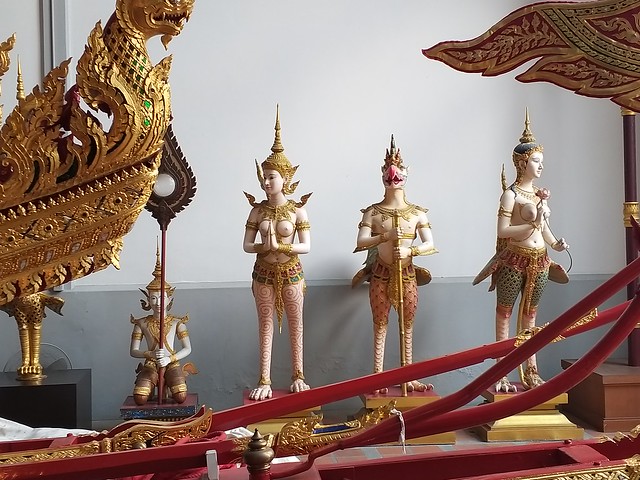 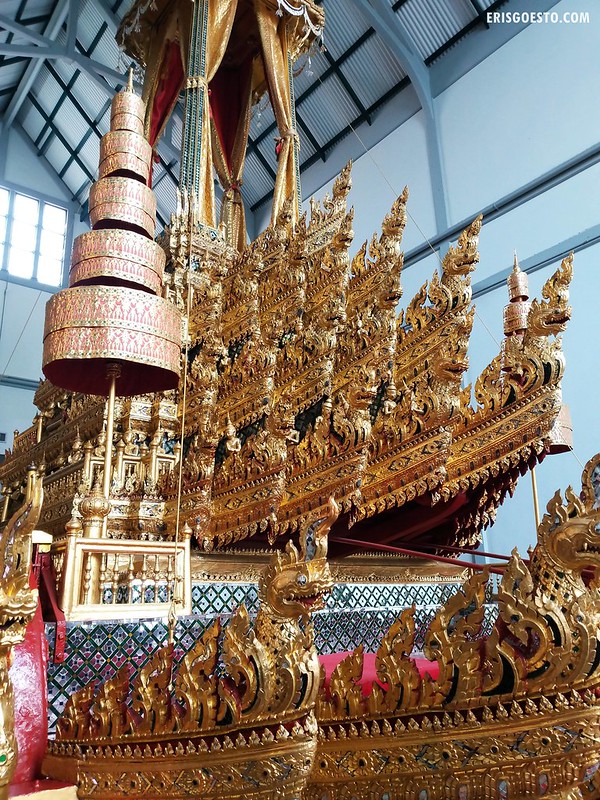 The Bangkok National Museum is, by far, one of the most impressive museums I have been to in Southeast Asia, and it’s definitely worth checking out if you love history and culture. Allocate at least half a day for the place if you’re planning to have a more in-depth experience.

One thought on “We Spent Six Hours At The National Museum in Bangkok, Thailand”