[Update: This restaurant is permanently closed.]

Cart noodles are an iconic part of Hong Kong culture and cuisine. First sold from makeshift carts on the street (hence the name), they were ubiquitous in the city in the 1950s. The dish, which allowed diners to mix and match noodles with a variety of ingredients, was popular among the working class for being cheap, filling and tasty. Owing to poor hygiene practices, they were sometimes called ‘dirty’ noodles (la zha meen).

Although these carts have all but disappeared due to stricter regulations, the dish itself endures in casual eateries, cafes and even high-end restaurants, where they are spruced up with fancy ingredients and served with a heavy dose of nostalgia. 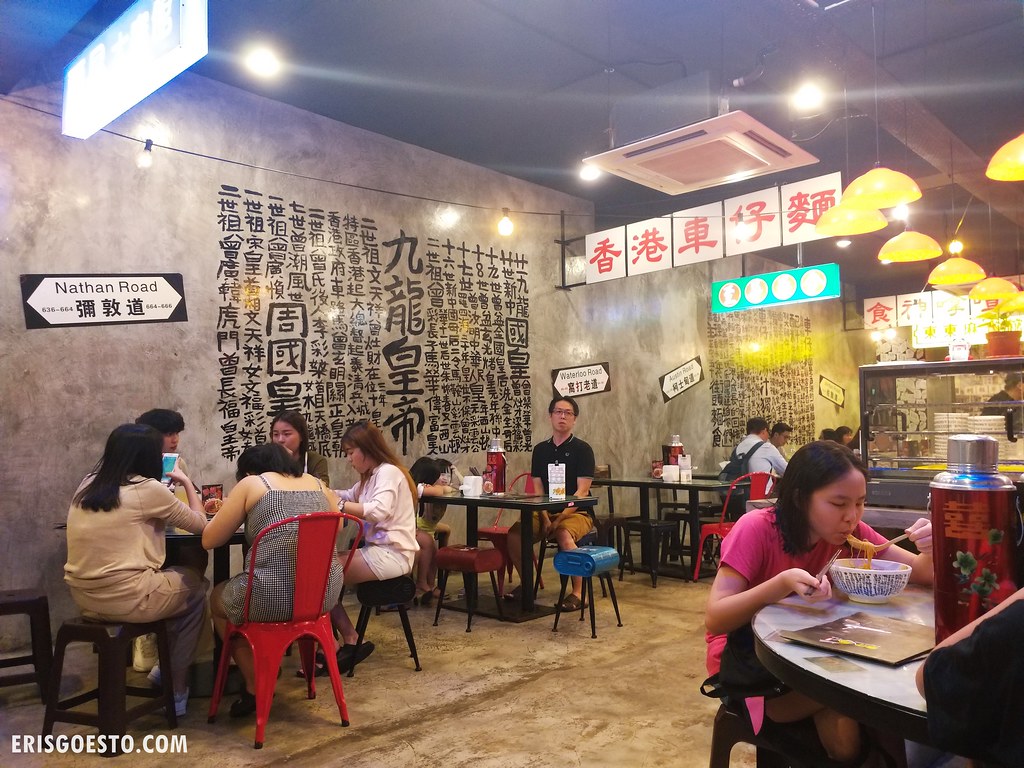 Cantonese cuisine – of which Hong Kong food is rooted in – is popular in Malaysia, thanks to the country’s large Cantonese-Chinese diaspora. So when HK Boy Cart Noodles opened its doors here a year ago, the crowds were absolutely insane. The hype has died down a little, so it was the perfect time to go try the food at their branch in Bandar Puteri, Puchong. 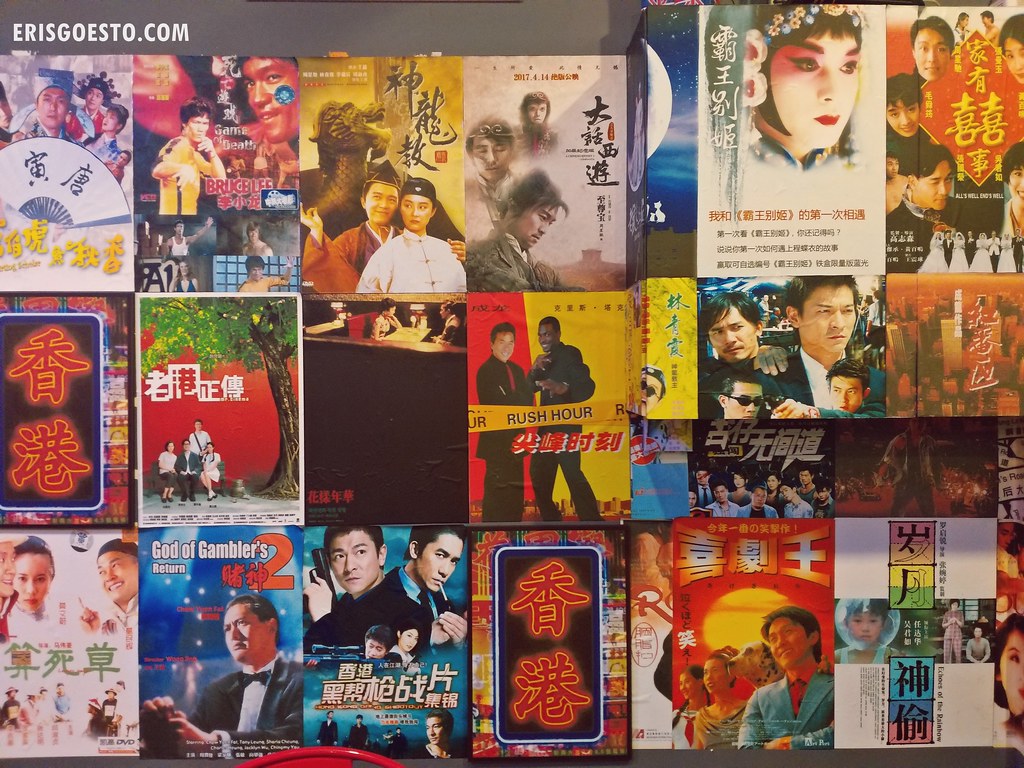 The interior evoked the nostalgia of 1980s – 90s Hong Kong, with neon street signs hanging from the ceiling, and names of popular streets plastered on one side of the wall. On the other were posters from famous HK films, many of which I grew up watching, such as those starring Stephen Chow, Andy Lau and Chow Yun Fatt. 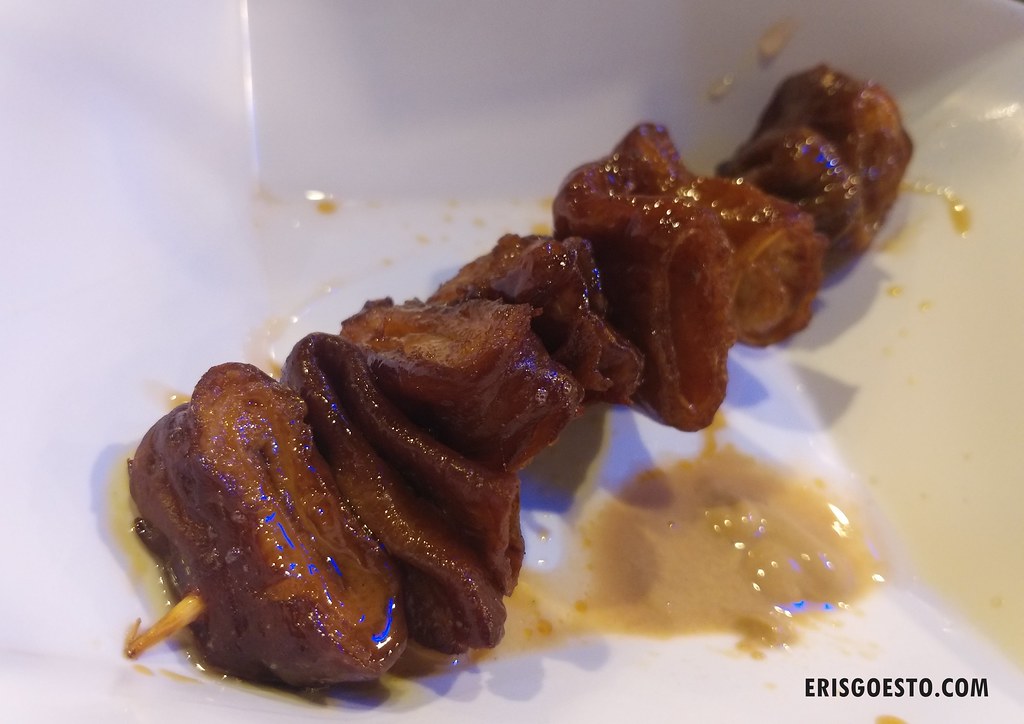 Orders are written on a chit. You can opt for the basic cart noodles with two toppings (RM11.90) or three (RM13.90). First, pick a base of either dry or soup, then your level of spiciness. Next, select your preferred type of noodle (yellow, hor fun, mihun, egg noodle or instant noodle) and a sauce (beef tendon, curry, braised, tomato broth, spicy or imitation fin). Finally, choose from toppings such as fish balls, pork balls, crab sticks, pork chops, pork slices and luncheon meat. More adventurous foodies may opt for items like pork intestine, blood curd, ginger onion pork liver or preserved vegetables. As for snacks, you’ll find street food items typical to HK, including eggettes, French toast and sandwiches.

The grilled pork intestine (above) was a tad on the greasy side, but it had a pleasant, sweetish flavour. It was also cleaned well so it had none of that pungent odour. 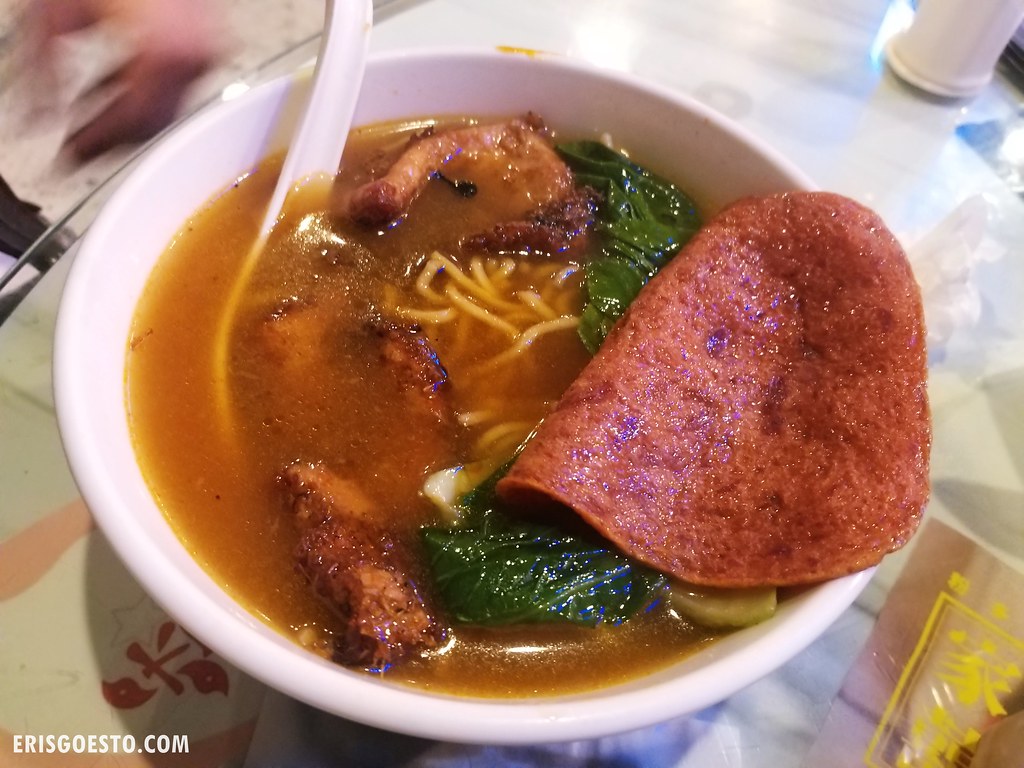 N’s bowl of yellow noodle in soup with braised sauce, HK style ham and lemongrass chicken chop. Portions were hefty. The soup had a herbal taste, and since he opted for spicy, delivered a good kick as well. 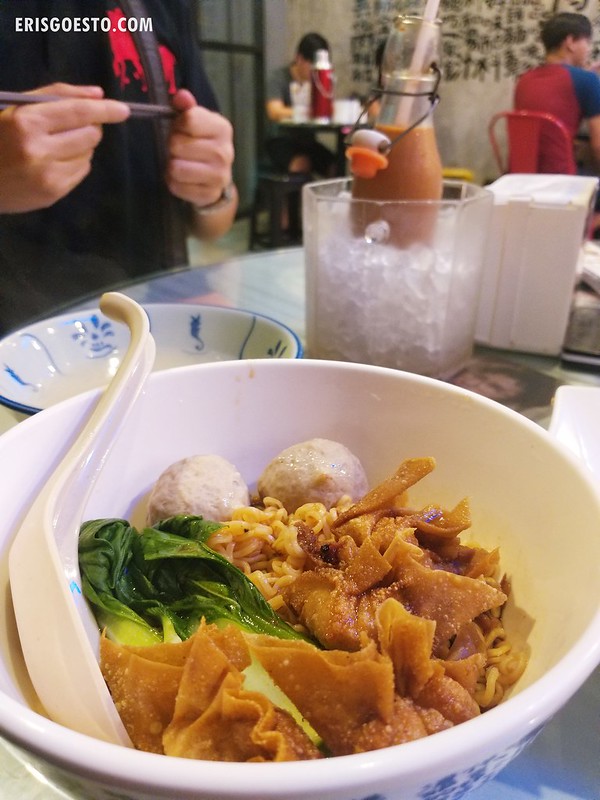 I went for the instant noodles, which had a springy, al dente texture, tossed in beef tendon sauce. For toppings, I had bursting pork meatballs, which were filled with savoury soup on the inside, and fried wontons. While nothing to shout about, the dish was tasty enough and of course, very filling. To wash it down was a bottle of milk tea served in an ice bucket, which I thought was brilliant since it won’t be diluted, but would still be cold.