I’ve heard a lot of good things about Apple + Samgyupsal – they have several branches in Kuala Lumpur and around the Klang Valley – but never had the chance to try it out until recently. C and I felt like having meat, so we headed to lunch at their Bandar Puteri Puchong branch.

As the name suggests, the restaurant specializes in apple-based dishes, and their specialty is barbecued pork wrapped in apple slices and eaten with onions, garlic, gochujang sauce and kimchi. 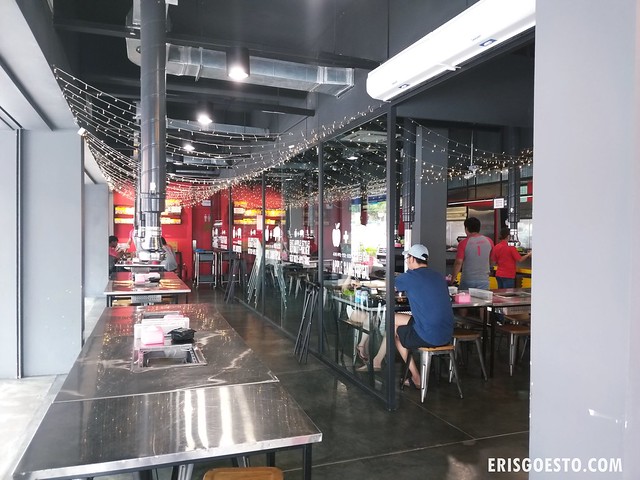 I like the red colour scheme and fairy lights; they go well with the sleek metallic tables and minimalist decor. Each table has its own exhaust fan to suck away the smoke. Service is prompt and friendly, and they use charcoal for the barbecue process. 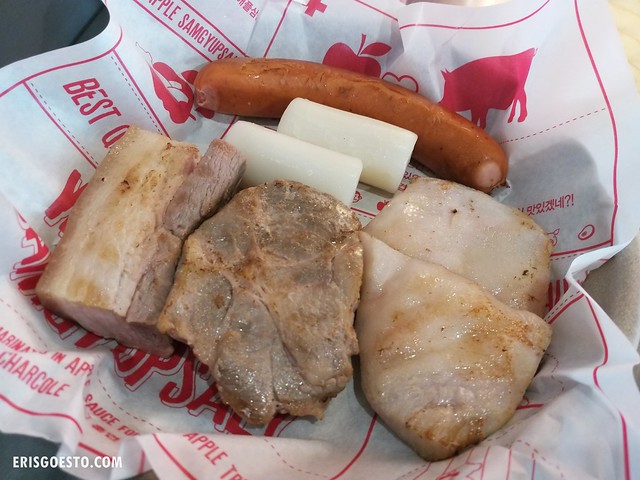 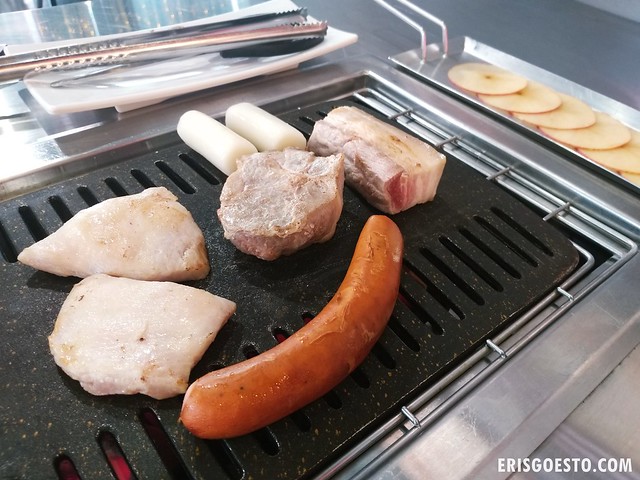 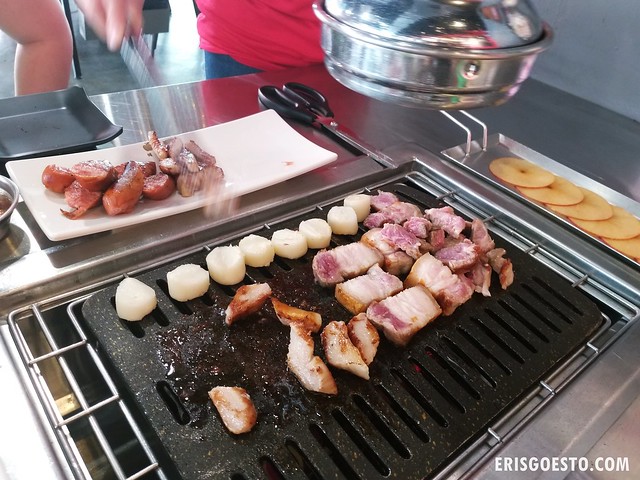 Staff helped us to grill and cut up the meats. 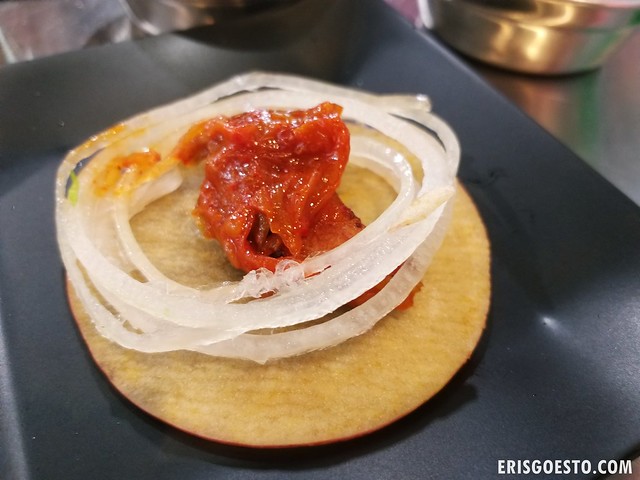 The way to enjoy the meal is to place a piece of meat on the thin apple slice, place some onion rings + garlic + kimchi and a dollop of gochujang sauce, then pop it into your mouth. The apple’s slight hint of sweetness balances out the savoury flavour of the meat and sauce, although I still prefer eating it with fresh lettuce and rice.

The meat cuts that were served during our visit were fresh and tender, except the pork belly slab which was a bit on the fatty side ie too much fat, too little lean meat. The sausage was well spiced and tasty, while the grilled rice cakes had a crispy exterior and chewy insides.

All in all, I’d rate it as an above average K-BBQ experience, and the portion was just right for two medium to big eaters. We had quite a lot of leftovers, so we had it to go.

Banchan (side dishes) are refillable – the fish cakes are commendable! Would recommend larger groups to get the most bang for your buck, as they have set menus for 5-6 people.