**I actually came here ages ago (by ages I mean like 3 months but that’s forever in blog time), but couldn’t write about it until the article was published for work, so… here you go!

So the Ed and I were invited to Upperhouse Kitchen & Dessert Bar in Bangsar, Kuala Lumpur for a food review recently. The place, which started off as a cafe that only served desserts, has been around for just over year, and they’ve since expanded their menu to include more substantial meals such as pastas, Western food and the like. 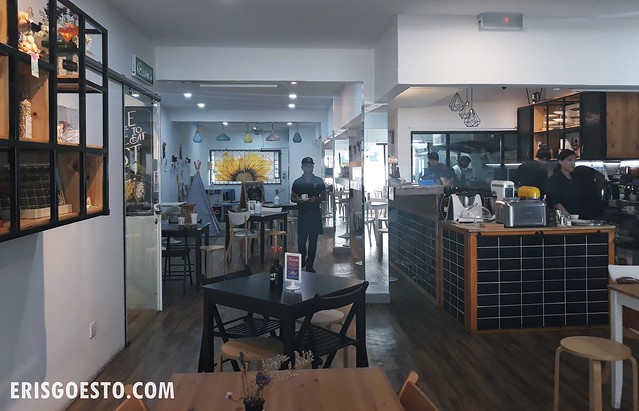 Brightly lit space, with a small ‘playground’ at the back to keep the little ones occupied. 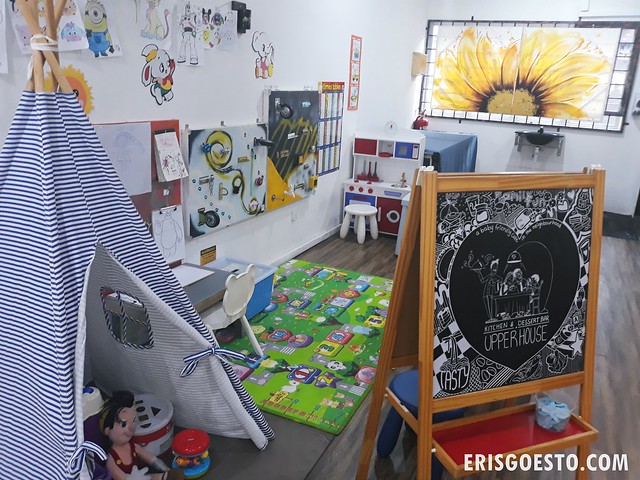 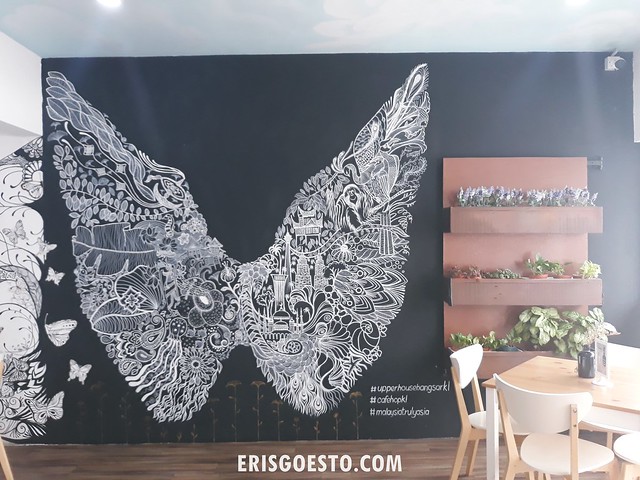 Nicely done wall mural decorates one side of the wall. 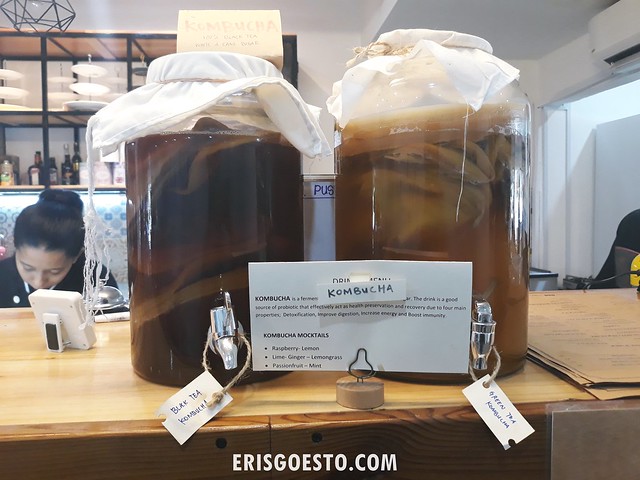 They brew their own Kombucha here! 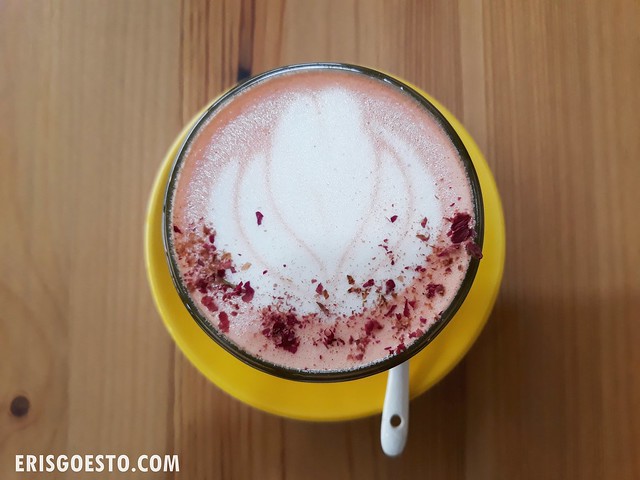 Some drinks to kick off the session: Ed’s pretty in pink Earl Grey rose latte. 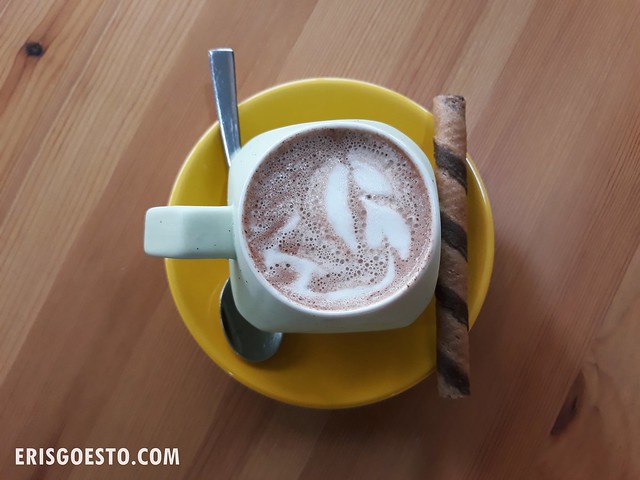 Hot chocolate, served with a side of nostalgia (ie, the crunchy wafer rolls everyone loved to snack on as kids). I liked the fact that the drink was 70% dark chocolate so it had just a hint of sweetness and was richer in cocoa. 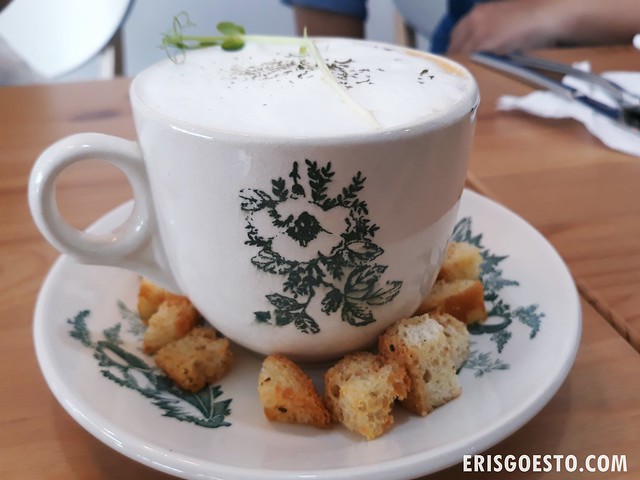 Initially thought this was a foamy drink of some kind, but it turned out to be lobster bisque served inone of those traditional porcelain tea cups we often see at local kopitiams.  The bisque was creamy and frothy with a slightly bitter aftertaste, and I could discern the rich flavour of lobster roe in the blend. 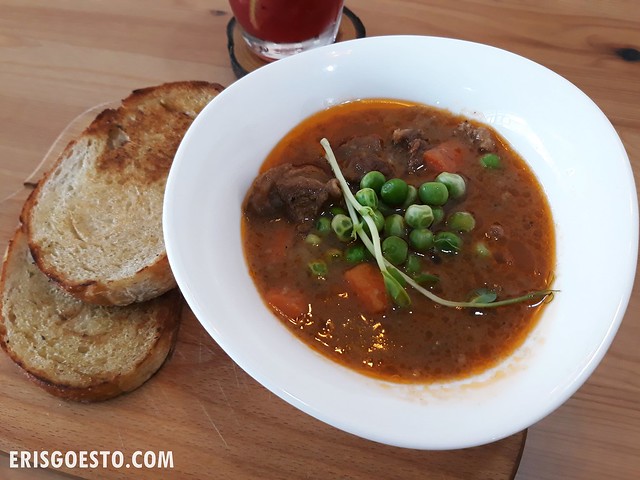 One of my favourites was the Lamb Stew, served with homemade sour dough bread. The bite-sized lamb chunks so tender they practically melted on the tongue and had a nice balance of lean and fat, while the carrots and peas created a mash-like consistency that was both hearty and comforting. Could easily sop up a few more slices of bread with this! 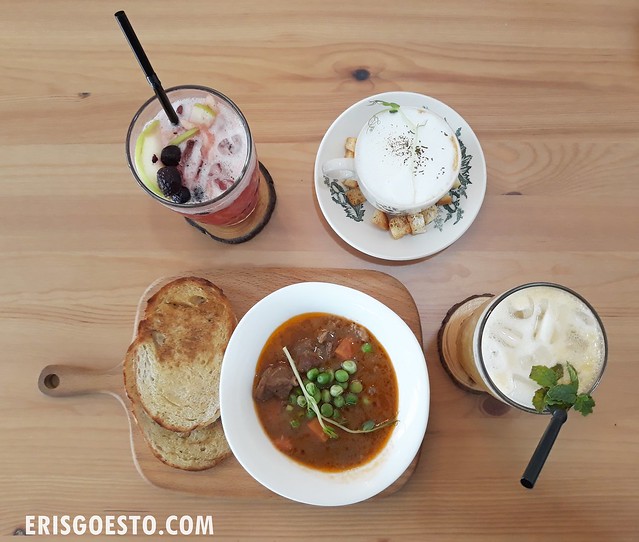 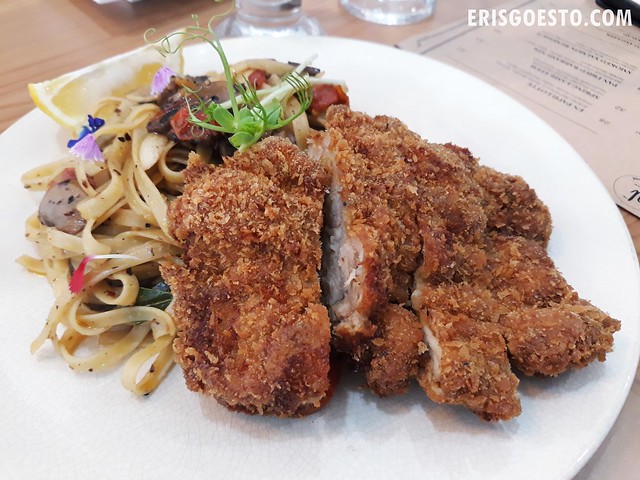 Moving on to the mains, there was Chicken Aglio Olio – a gigantic breaded chicken chop accompanied by aglio olio pasta with mushrooms, chilli, garlic, black pepper and cherry tomatoes. It was a solid plate of pasta and protein, as the chicken was tender and had a nice flavour, while the pasta was al dente. Wouldn’t call it outstanding though. 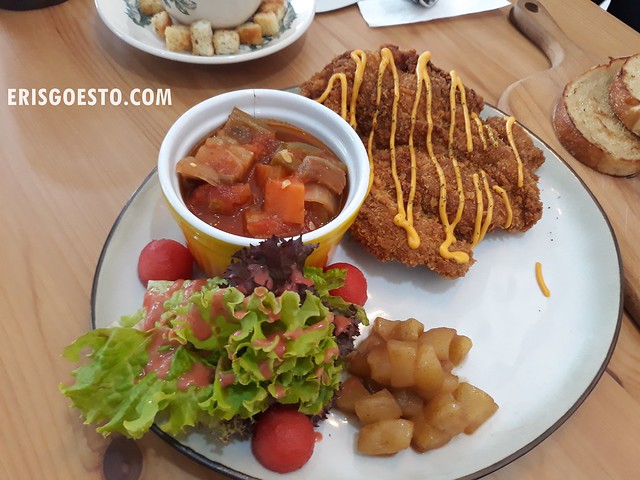 The Chicken Schnitzel was very similar to the chicken in the aglio olio, except that it was drizzled in cheese sauce and served with a side of salad with strawberry vinaigrette,  Mediterranean-style tomato stew and caramlised apples. 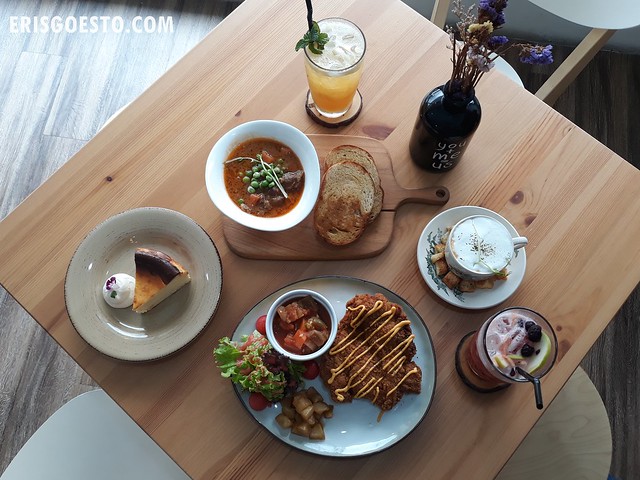 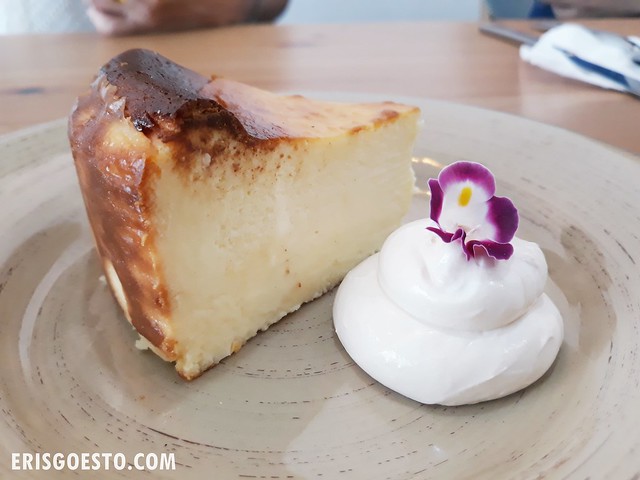 As Upperhouse started off as a dessert bar, it’s no wonder that sweets are where it shines. One of its signatures is the Burnt Cheesecake. Unlike most cheesecakes, the version here is less dense but still rich and creamy, complemented by a dollop of fresh cream. 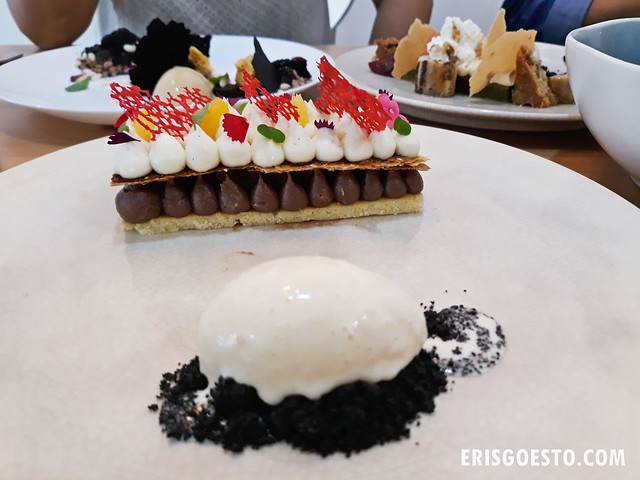 Another signature, the almond cookie Mille Feuille looks almost too pretty to be eaten. Layered with orange milk chocolate mousse, the base is delightfully crumbly and marries various textures in each bite. Served on the side is hay ice cream on a bed of Oreo-like cookies. 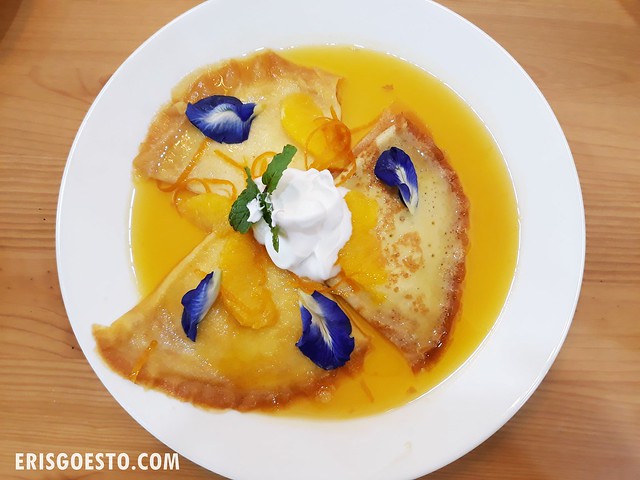 Crepe Suzette, flambed on the spot and swimming in a sweet and tangy orange sauce, was as much a joy to watch as it was to eat. Prepped expertly by staff on a skillet, the thin crepes were are lit on fire right before the diners eyes and served topped with orange confit, bluepea flower petals and whipped cream. Now that’s a feast for the senses!