I can count the number of museums/discovery centres that we have in KL. The best and most well kept is probably the Islamic Arts Museum, followed by the National Museum…and that’s about it. The Planetarium is tiny, and Petrosains still has the same exhibits it had when it opened in 1999 lol. Maybe that’s why all the museums are empty af (even on weekends).

Whenever I come to Manila, I make it a point to visit as many museums as possible. I like how much effort is put into maintaining the culture and heritage of the Filipino people, and how well preserved some of the artifacts are.

But while I’ve been to plenty of historical museums and art galleries on my past visits, I’ve never been to a science /discovery centre (besides Manila Ocean Park) – so the Boy and I bought tickets for the Mind Museum in Bonifacio Global City. 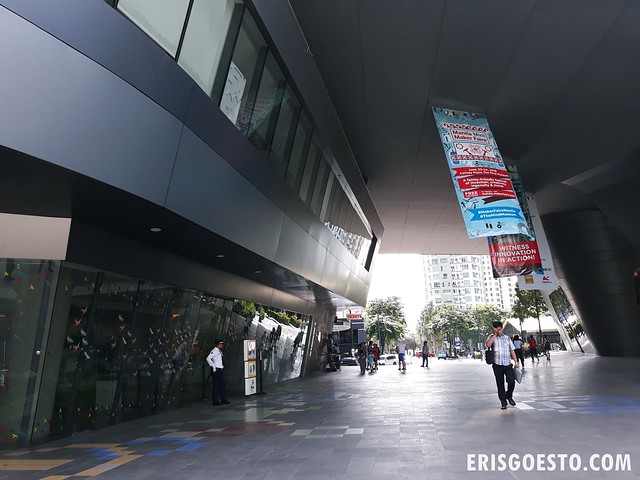 It doesn’t look very large from the outside, but there are plenty of things to keep you occupied for hours. True to its science-y theme, the museum has a solar reflective exterior as well as natural wind ventilation and rainwater flow drainage. 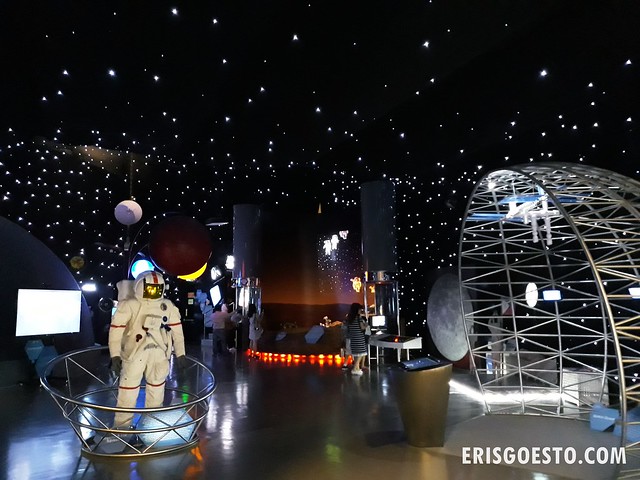 Spanning two floors with over 250 exhibits, the museum is divided into several sections, each with its own theme. We start off in the Universe Gallery. No points for guessing what this space is about

Here, visitors will discover the story of the cosmos and how the universe came into being. I really liked the decor they’ve done with the place, especially the glittering tapestry of ‘stars’ on the ceiling. 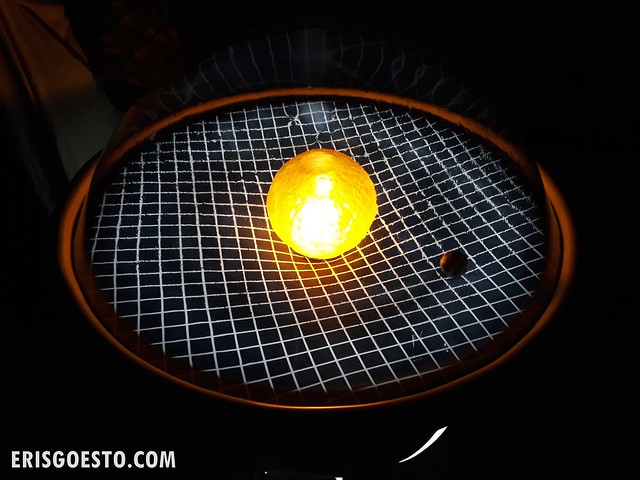 You can interact with some of the exhibits, like this one (which I actually forgot what it was supposed to demonstrate lol). 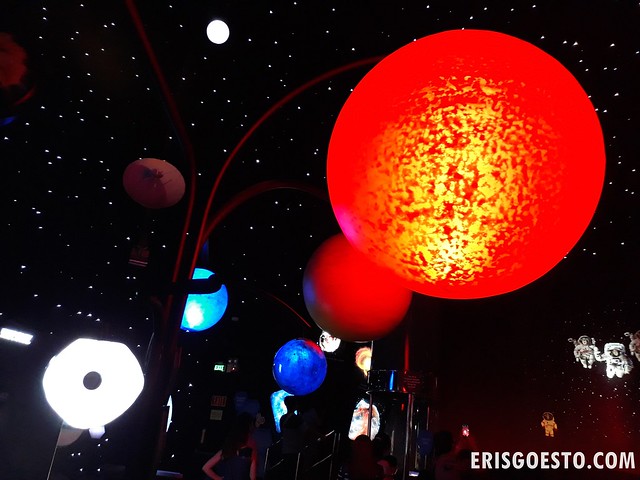 The evolution of stars exhibit was my favourite because the pieces were so well made and colourful. Visitors pressed buttons to see how the star ‘evolved’, gradually expanding into a ‘red giant’ which is its dying form. Well, when you go out, you gotta do it with a bang, amirite? 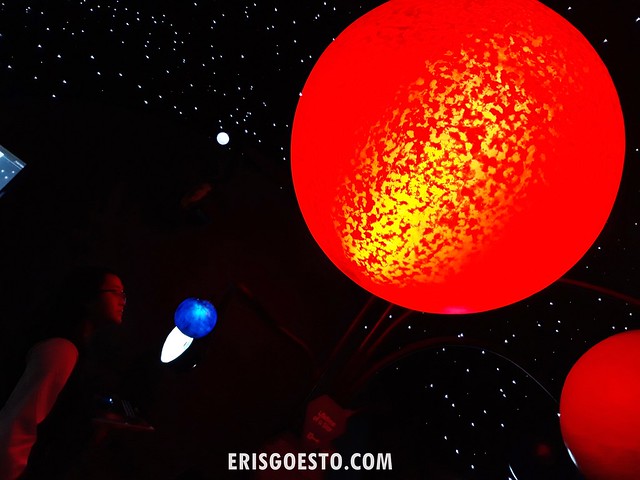 We also caught a planetarium show, where you sit in a reclining chair while the projector plays on the dome-like screen above you – kind of like giant VR. The only other time I watched one was in LA, and I fell asleep (because I was fatigued after a 20-hour flight lol), so I was looking forward to this.

Sadly, the show didn’t live up to expectations – mostly because the projections were so dark and out of focus that I couldn’t really see what was going on. 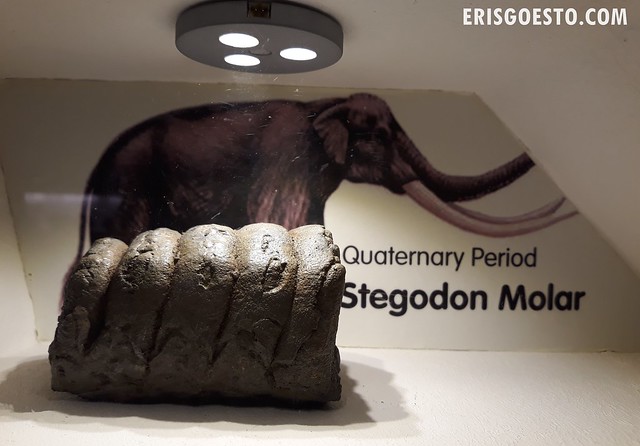 Moving on, we made our way to the Earth Gallery which houses exhibits on prehistoric life and geology. There were several fossilised pieces of 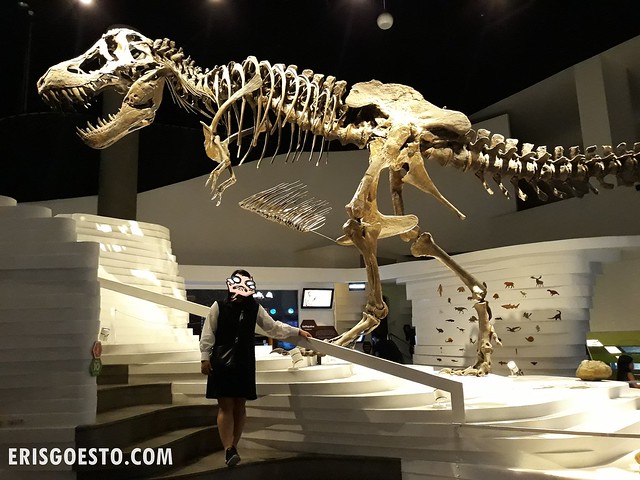 The star of the section was definitely the life-sized T-rex replica! Please excuse the cannot-make-it face, which I have duly censored. PS: His name is Stan. 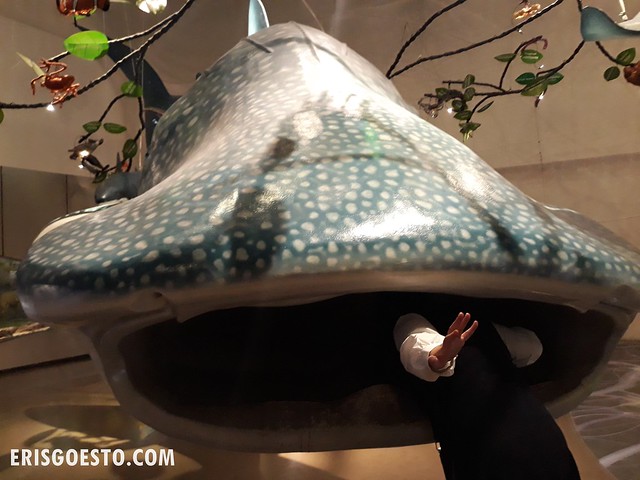 The Life Gallery showcases the rich flora and fauna that once, and those that still, inhabit the Philippine archipelago, such as the beautiful whale shark (above) – commonly found off the waters of Cebu and parts of Luzon. There are also replicas of great apes, a life-sized giraffe and a huge figure of a brain. 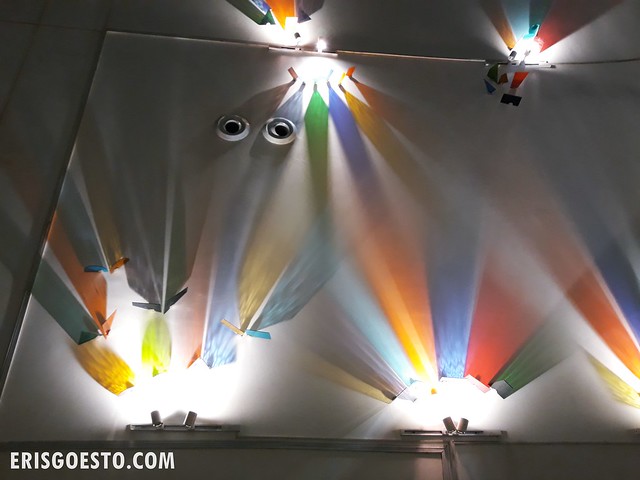 Colourful glass that you can switch the positions on to form different colour combis on the wall. Pretty cool! 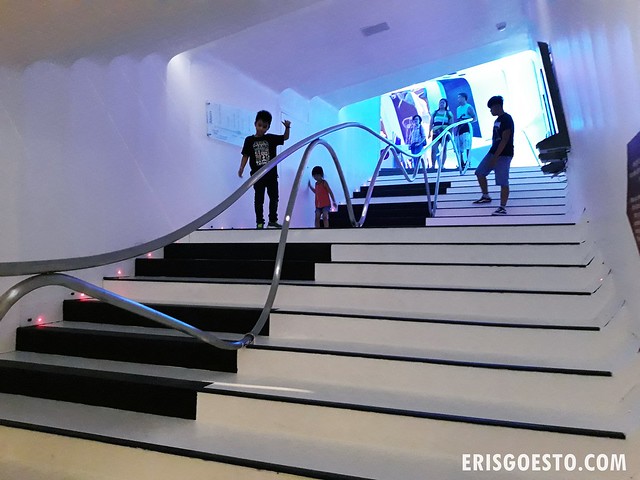 A ‘piano’ staircase that was really popular with the kids. There are motion sensors on the sides, so everytime someone walked on the ‘key’, there would be sound. 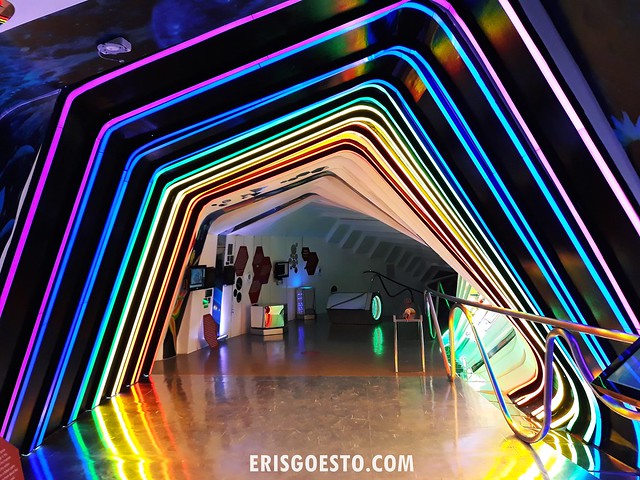 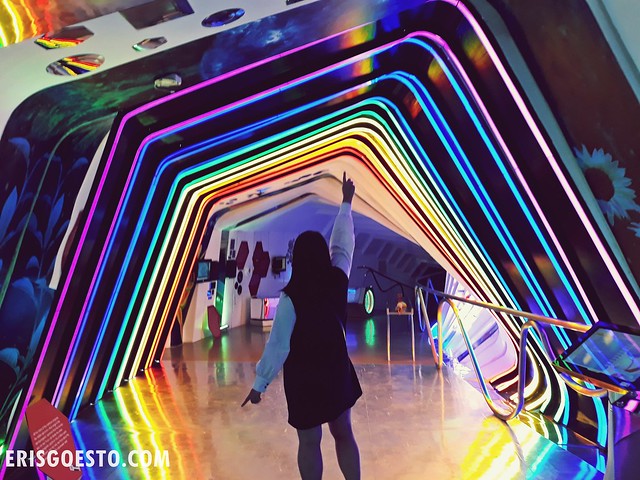 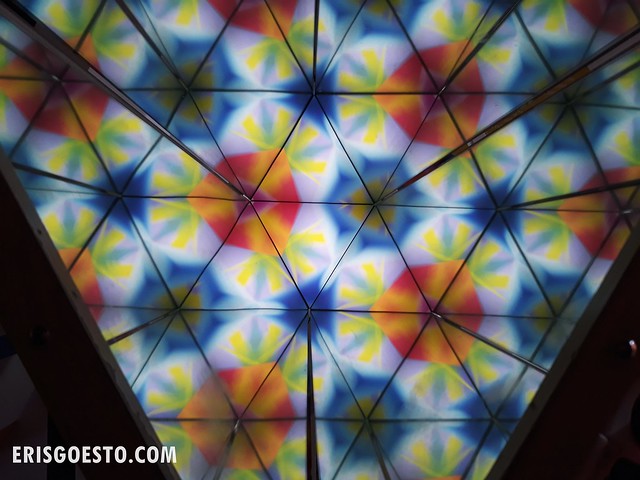 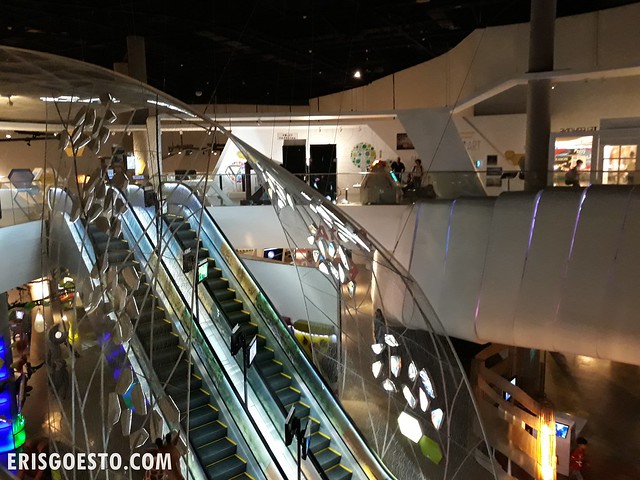 The second floor, which was much smaller than the first, had several arcade games like Guitar Hero that visitors could play for free, an X-ray machine that you can pass your bags through to see how it works, fun house mirrors and technological exhibits.

All in all it was a fun and educational experience at the Mind Museum! There are quite a number of interactive exhibits that will make it fun to visit with the kids, and it definitely beats walking through generic malls and enriching capitalist pockets for vanity and self gratification. At least here, you learn stuff. 😀

Tickets can be purchased here.

**There are all day passes and three-hour slots. i recommend getting the cheaper 3-hour slot because the museum isn’t that big and everything can be covered within that time limit.

*imho the prices are pretty steep (adults – PHP625 for a three-hour ticket) but I guess that’s how they can maintain the place.