The holy month of Ramadan is a big thing in Malaysia, since more than 60% of the population is Muslim. The beauty of living in multi-cultural Malaysia, though, is that even non-Muslims get to be part of the festivities – in the form of evening food bazaars, or as we call it here, ‘Bazaar/Pasar Ramadan’. 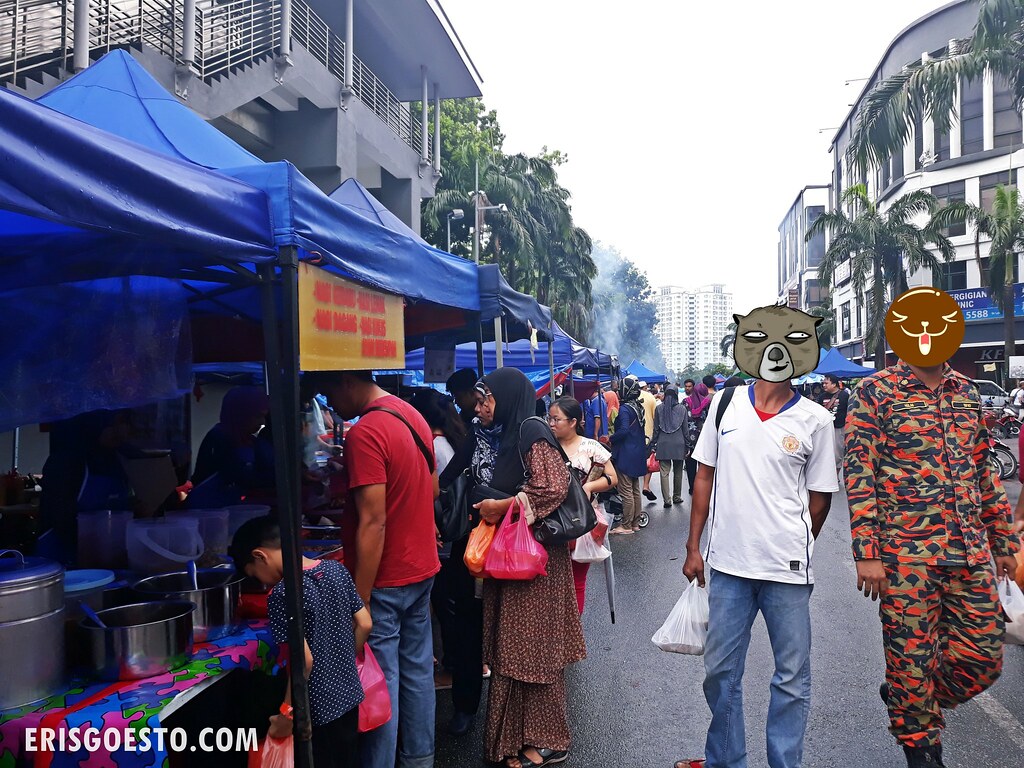 Since it was a public holiday and the Moomikins wasn’t cooking, the whole fam decided to grab dinner at the Puchong Prima Ramadan Bazaar. During the fasting month, the road along OTK Mart will be closed to traffic from mid-afternoon onwards, to accommodate some 30+ makeshift stalls. 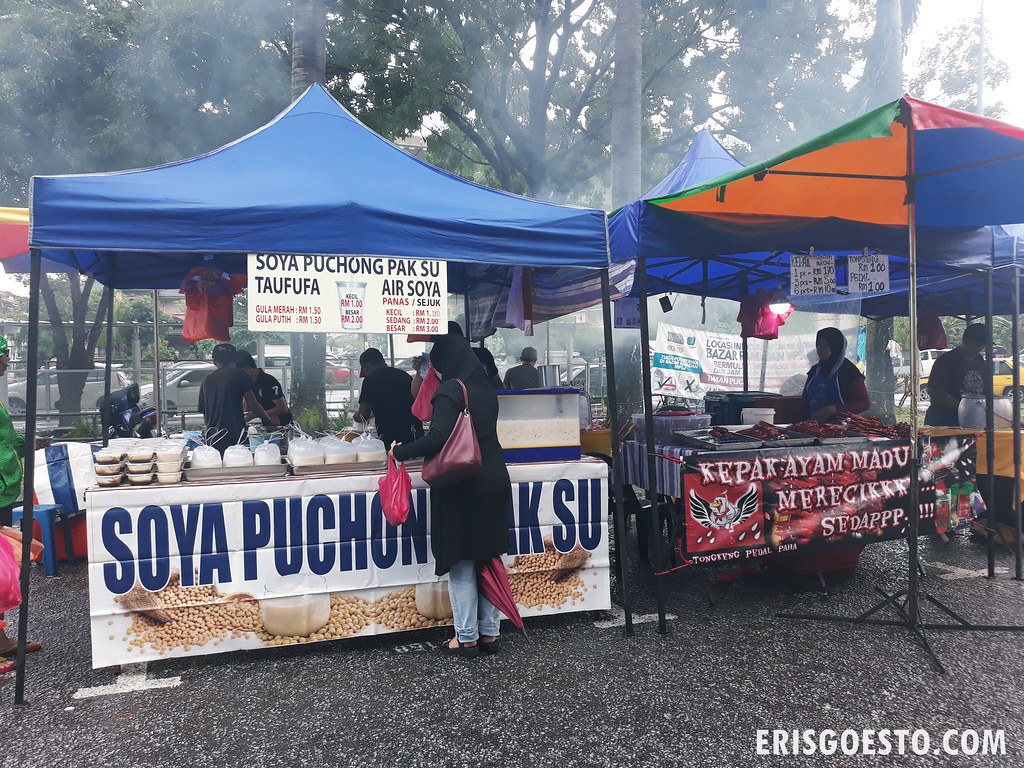 Immediately upon entering the vicinity, the smell of food permeates the air. I’m not fasting, and even then it was enough to make me salivate; so I truly salute the willpower of my Muslim friends. Kudos! 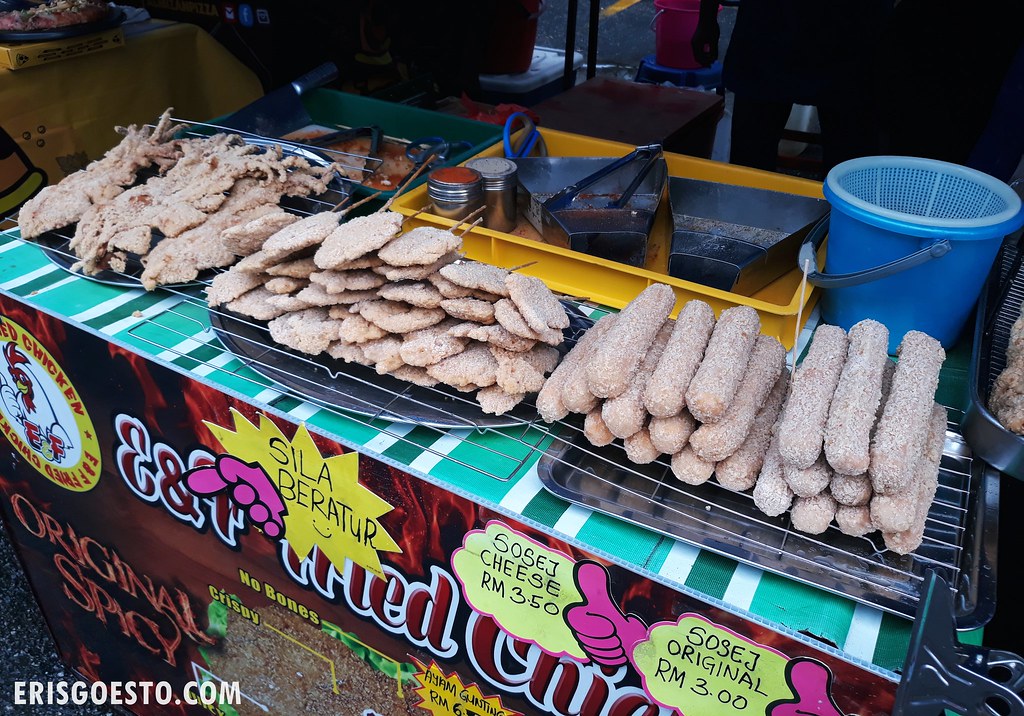 Some of the popular items visitors will find at Ramadan bazaars – fried goodies, the likes of boneless, breaded fried chicken, jumbo sausages and whole squid. 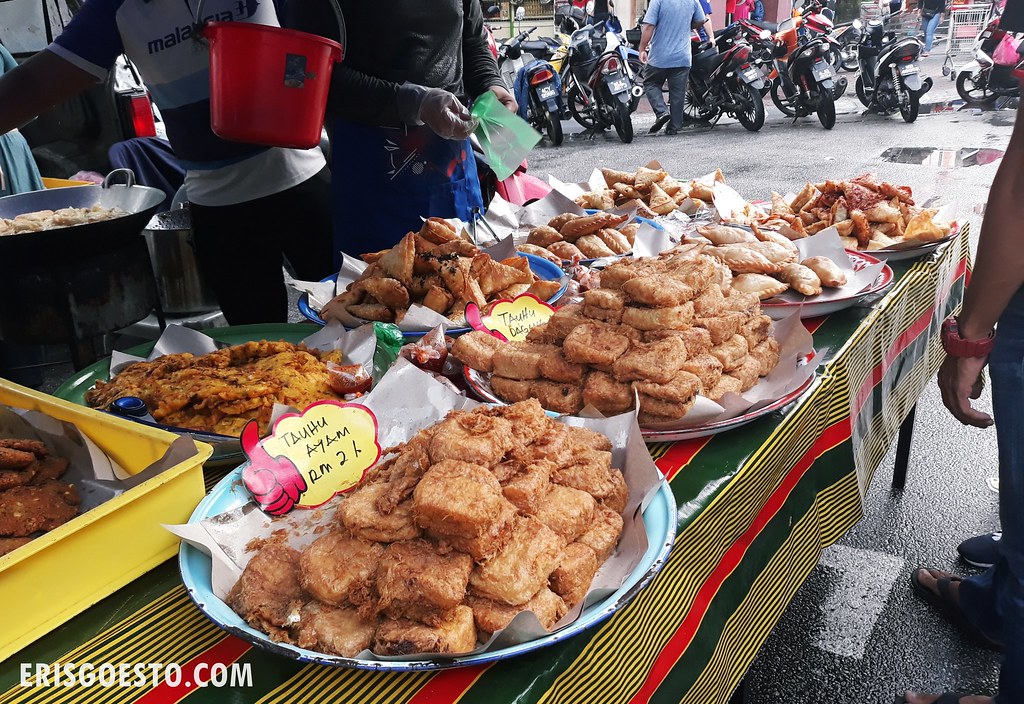 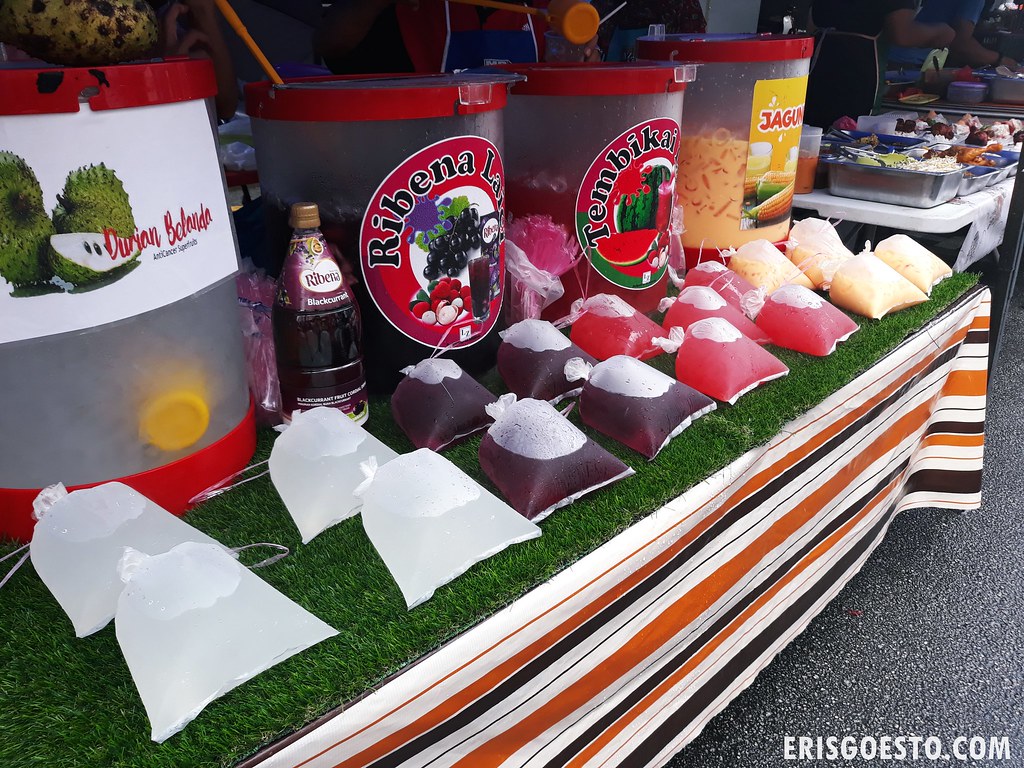 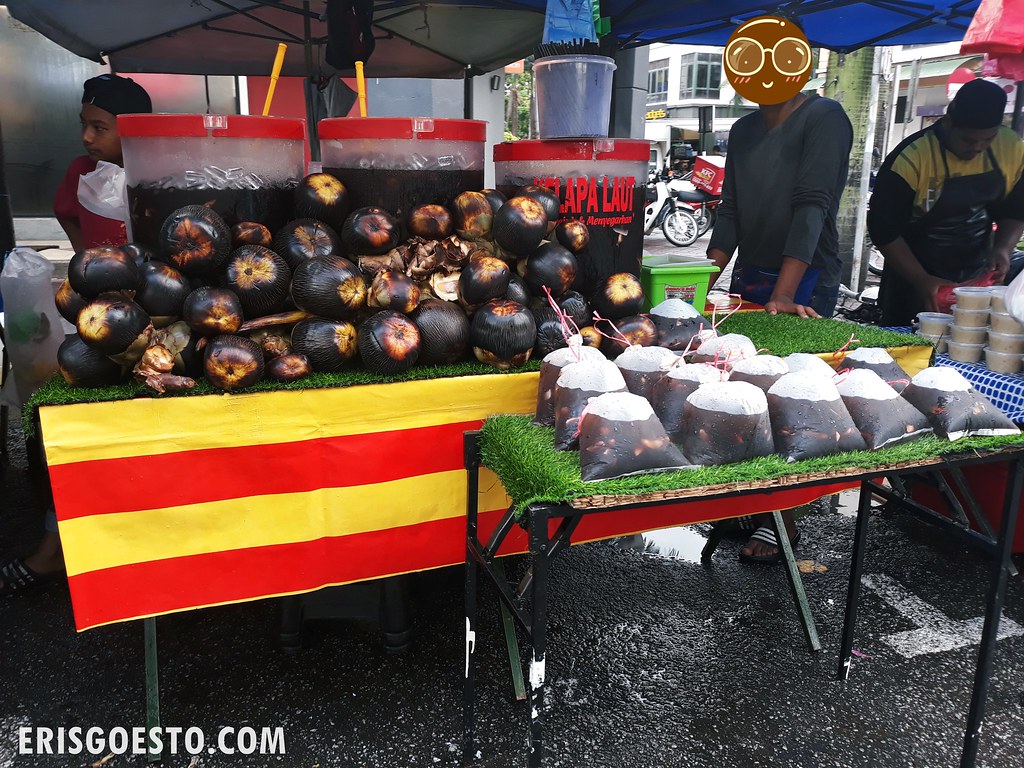 Despite the name, they’re actually fruits that grow on a species of palm tree. The flesh has a sweet flavour and chewy texture. 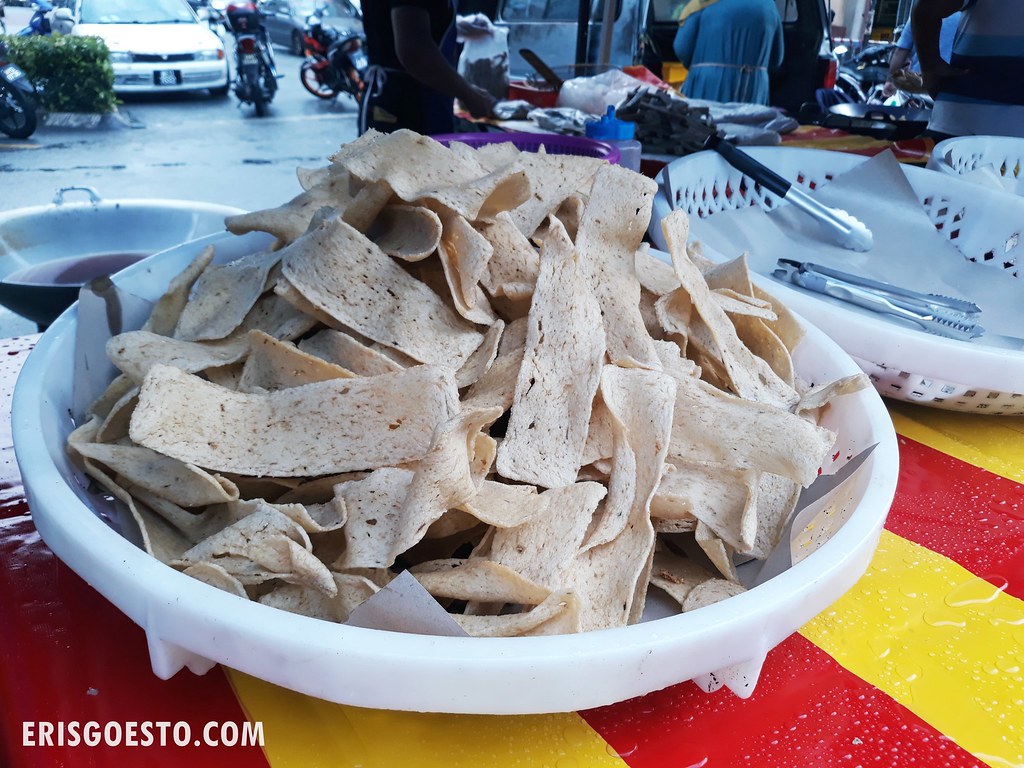 Keropok lekor, or fish crackers, are a traditional Malay snack. The thin type is crispy and crunchy. There are also chewy ’round’ ones made from a mix of flour and fish paste. 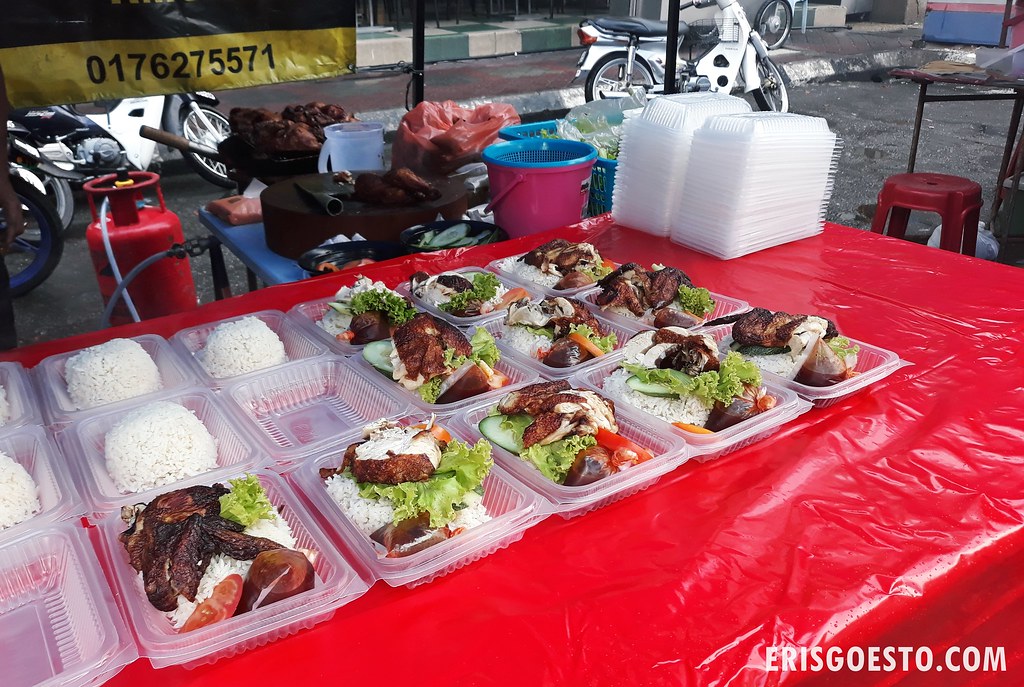 Snacks aren’t the only thing you’ll find at a ramadan bazaar – there are plenty of carb-heavy dishes as well! Chicken rice, Nasi Arab, pita wraps and fresh-off-the-grill kebab meat, Nasi Lemak and Nasi Kerabu are just some of the traditional dishes available. 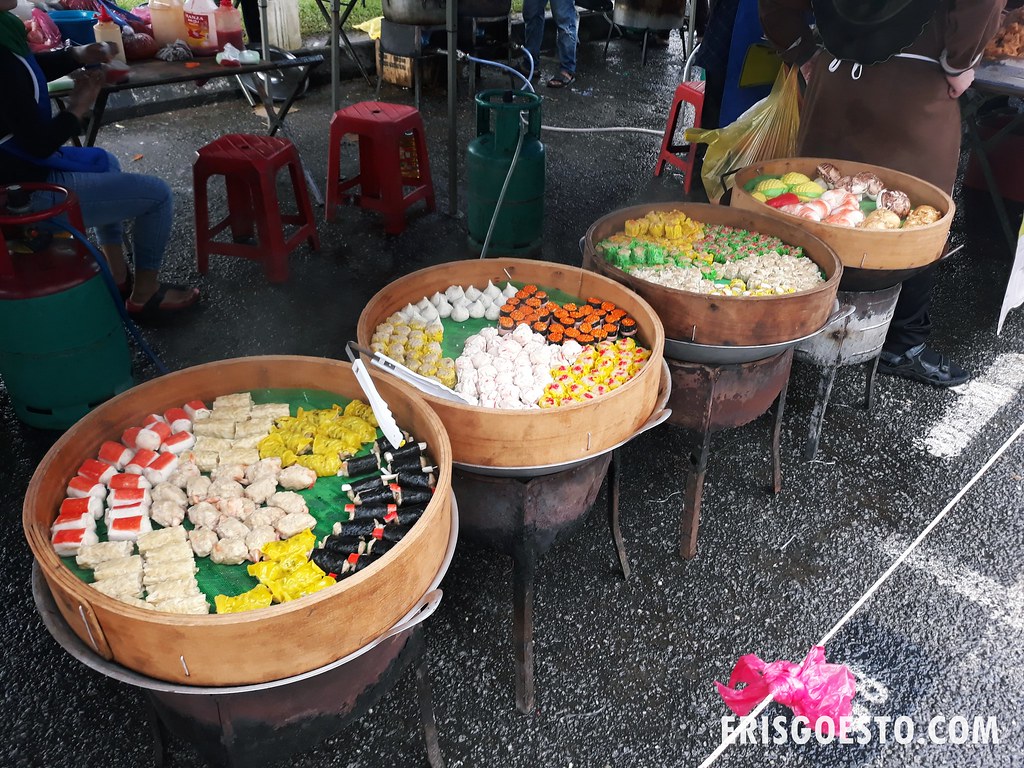 The only problem with going to ramadan bazaars is that with your senses being bombarded with smells and sights, there’s always a danger of overbuying… which is what happened. We bought a buttload of food and had a difficult time finishing them.

If you’re in Malaysia during the Ramadan month, don’t forget to drop by at the local bazaar!

4 thoughts on “What to Eat at Bazaar Ramadan Puchong Prima, Puchong”