I’ll be honest with you: I don’t like vegetables. As a kid, the only reason I ever managed to eat my greens was because the Moomikins forced me to. When I lived outside in my college years, I sustained myself on a diet of potato chips, baked chipolatas and bacon from Tesco (they were super cheap in the UK, where I used to study).

The only veggies that I can tolerate are broccoli, as well as raw lettuce/green coral.They should always be accompanied by some meat and sauce to reduce the leafy taste. I don’t  get this at home unless I cook for myself because the Moomikins, being the quintessential Asian, thinks that raw, uncooked vegetables will cause ‘wind’ in the body. How true this is remains to be seen lol. 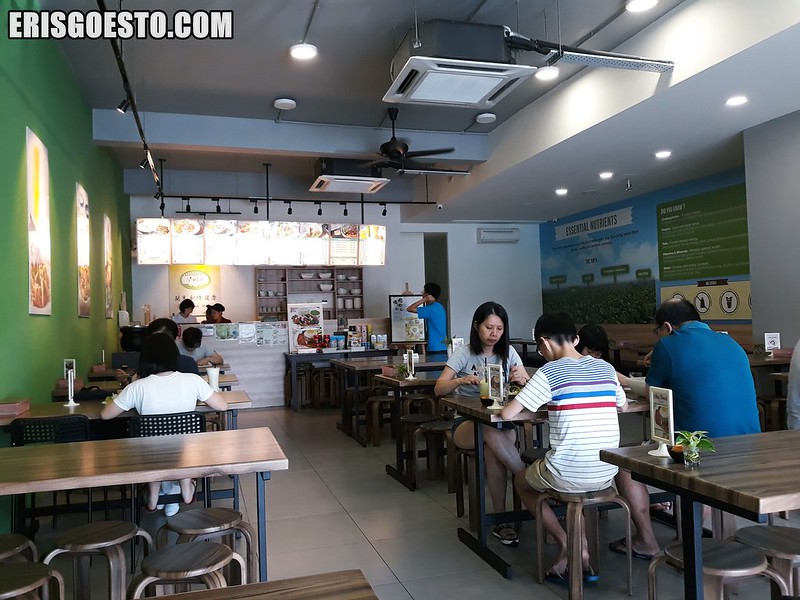 Anyway, the fam enjoys vegetarian food once in awhile (bad news for my greens-hating self), and for our weekend lunch, we went to this place called VLite in Bandar Puteri, Puchong. True to their plant-based theme, the cosy and neat-looking cafe has green walls paired with sleek wooden furniture.

Now, there are quite a number of vegetarian restos in Puchong, but they’re mostly Chinese-style. VLite, however, offers fusion dishes like burgers, pasta and wraps! Yes, fellow meat eaters, food science has evolved sufficiently that they can create all sorts of mock ‘meat’, some of which closely resemble the textures and flavours of real meat! 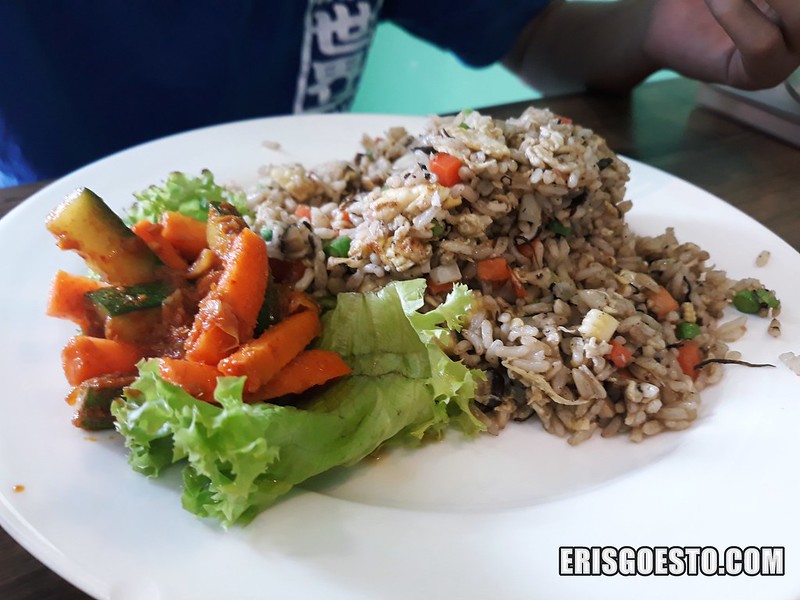 Bro literally has fried rice wherever he goes, I’m surprised he hasn’t gotten sick of it already. 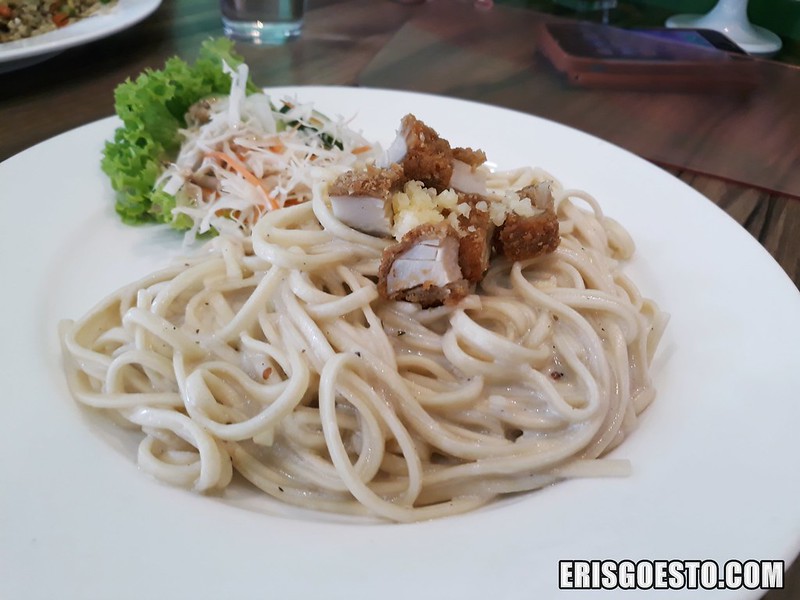 Pops had the Carbonara Pasta. Since some vegetarians don’t eat garlic and it’s such an essential item for fragrance, I was surprised to find that the dish was quite aromatic and had a nice, creamy consistency. The sauce had just the right thickness and was not too starchy, and the coating on each strand was even. It came topped with fried ‘chicken’ – deep fried battered and breaded mushrooms. Can’t say it tasted like chicken, but it was pretty good. My VFC (vegetarian fried chicken) wrap order was spot on. Portions were generous but it felt light enough that I could indulge without the guilt. As you can see, the wraps were filled up with a compact layer of fresh lettuce, crunchy cucumber for texture, tofu and a ‘fried chicken’ centre. The chicken was the same as the kind they used on the pasta, with a crispy crumb crust. Mushrooms are usually used to make the mock meat since the stringy texture resembles strips of meat. To bind everything together, they used a dash of sesame dressing. This was one of those moments I didn’t mind having vegetarian food, since the sauce + ‘meat’ reduced the earthy taste of the veggies. 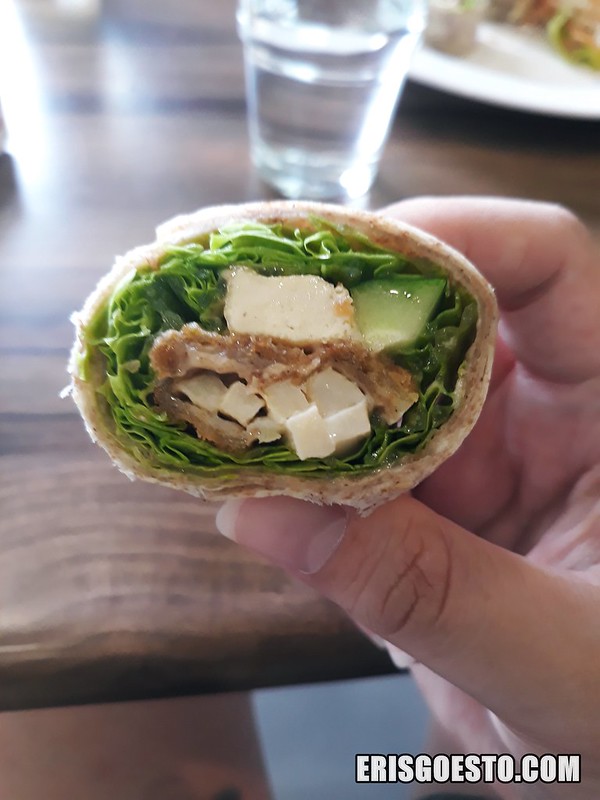 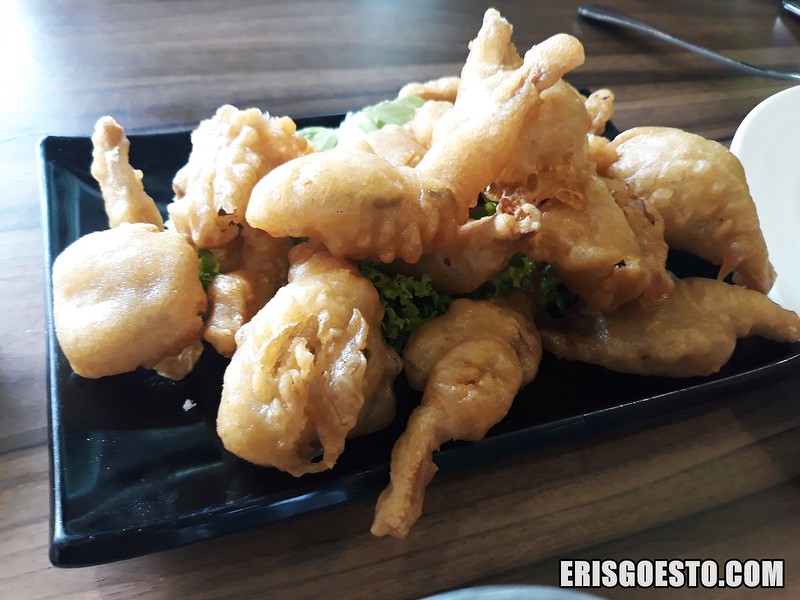 For snacks, fried mushrooms. They weren’t oyster mushrooms but the server couldn’t name it in English and only told us it was ‘gai bei gu’ (literally chicken drumstick mushroom). They really did look like tiny drummettes! The batter was smooth rather than breadcrumbed, but it gave a crispy layer of protection to seal the moist juices within. A bit on the oily side but still tasty nonetheless.

Prices and portions are reasonable for their price. So the next time you’re thinking of vegetarian food, hop on over to VLite! I mean, if they can make a vege-disliker (hate is too strong a word) like me give them the thumbs up, you best believe they have some good stuff. 🙂