After a dinner of Korean food, S and I, the gluttons that we are, decided to ’round off’ the night with some dessert. 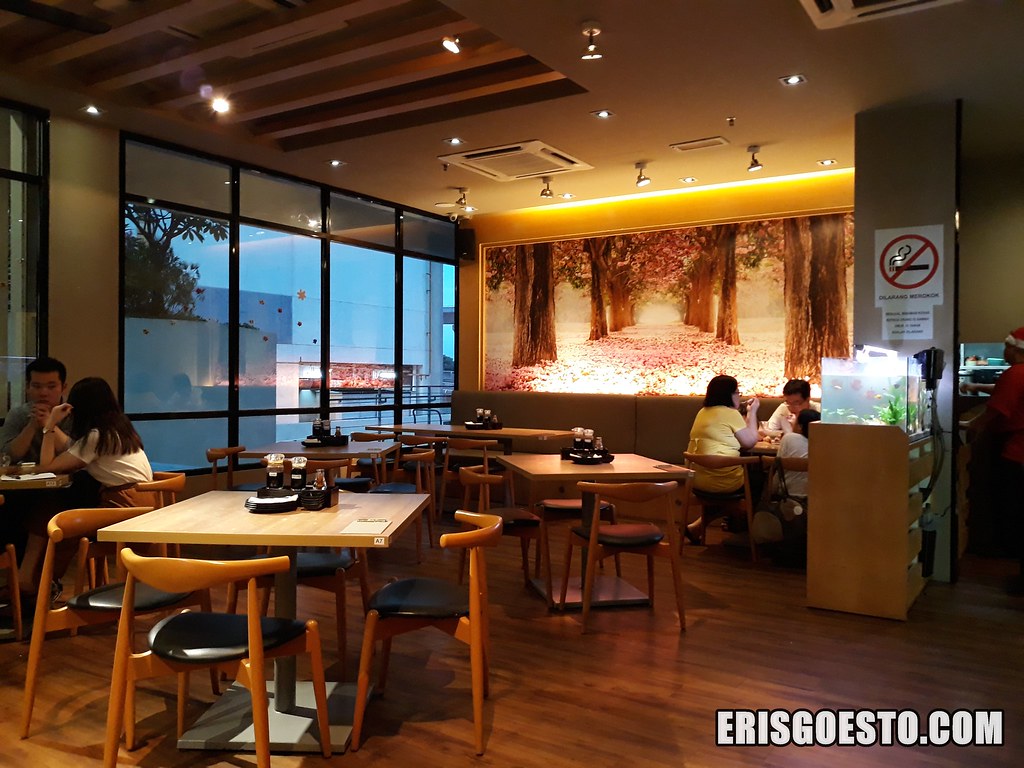 Sitting at a corner which was formerly a Western resto and grill, Harumi 16 is the latest addition to Setiawalk’s already numerous Japanese restaurants (they only seem to have Japanese/Korean restos these days). The interior has been completely remodeled, and now boasts warm honey-hued wood furniture, booths for large groups that offer some privacy, and Japanese-themed wallpaper the likes of cherry blossoms and natural landscapes. Ambient lighting creates a cosy feel. Not a bad place to chill out at with a drink or two. 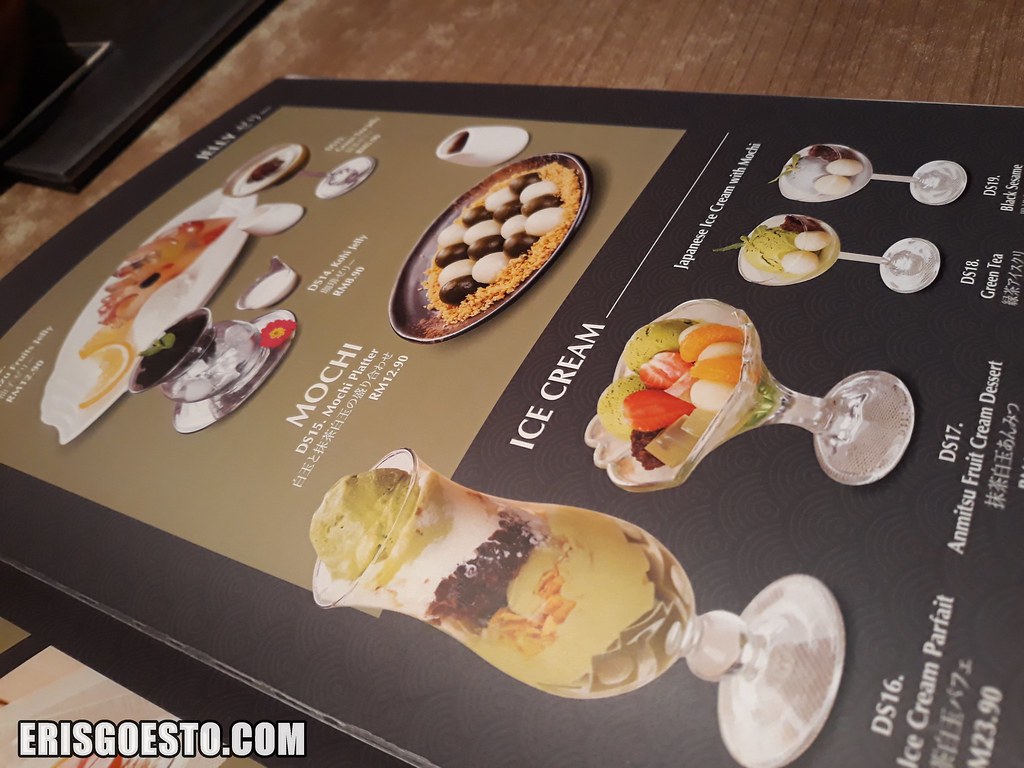 Skipped the savouries (they serve sushi, katsu, noodles, rice and a selection of other fusion dishes) and went straight for the sweets. The desserts were luxurious, stacked tall and laden with fruit and condiments. Mochi, thick cut toasts, cream-topped lattes and Australian-style monster milkshakes were just some of the things on the menu (the last one was way pricey though, RM19.90). 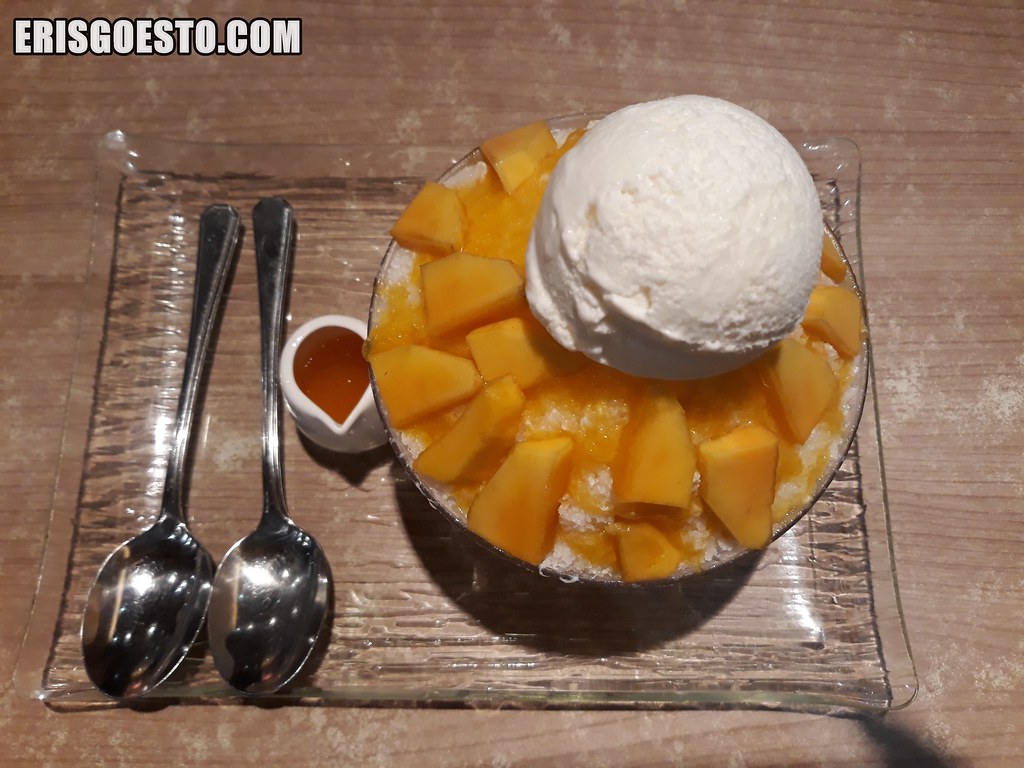 S had the Mango Kakigori. This was okay. Not bad, but not great either. The mango was not sweet enough, but the ice cream remedied this slightly. Would have been better if the shaved ice had some sort of flavouring on its own instead of being just plain crushed ice. Still can’t beat the version at Mykori. 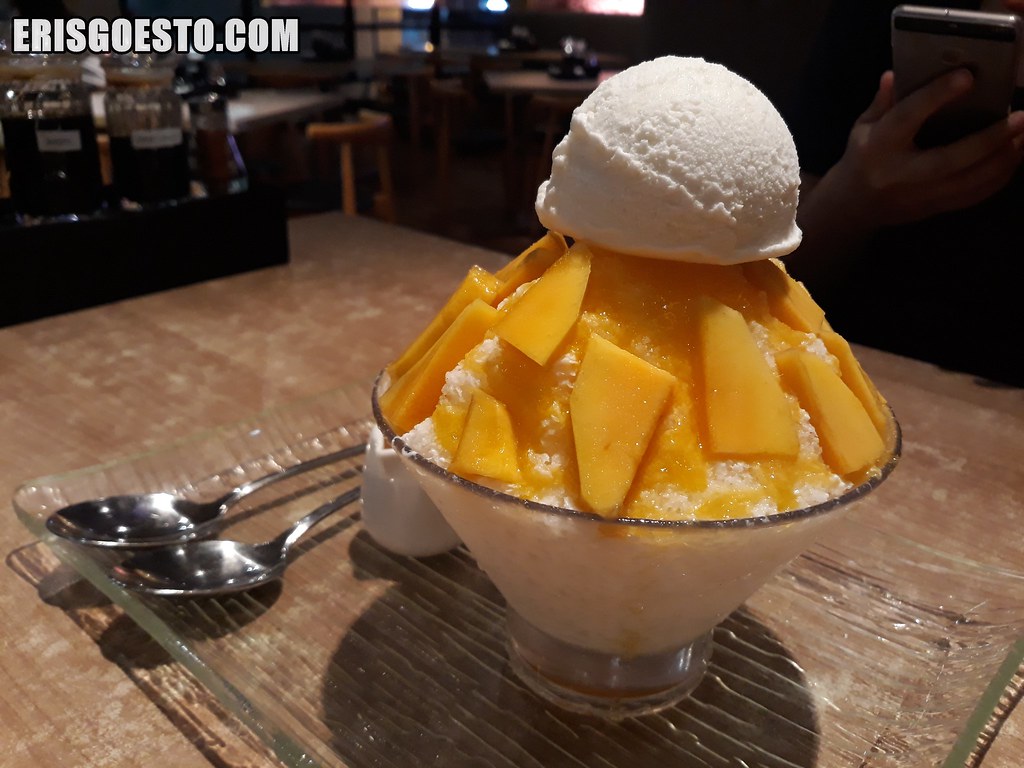 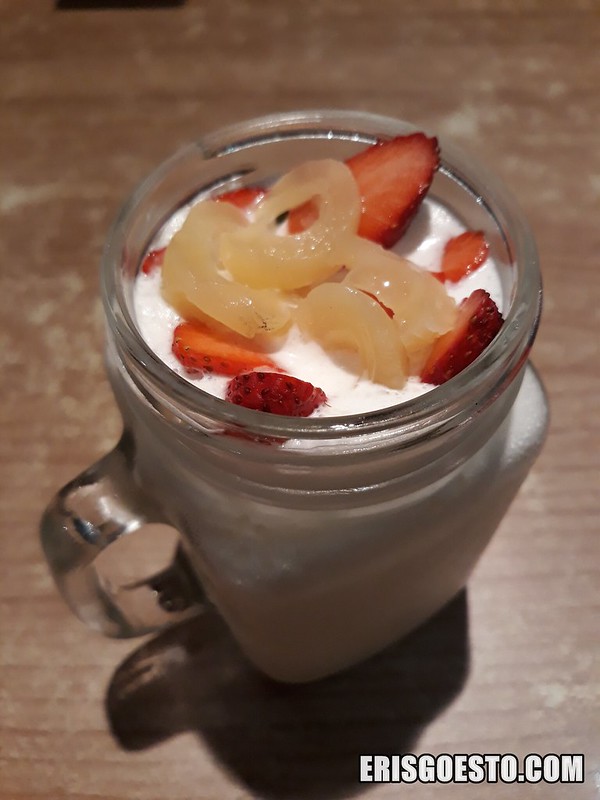 My vanilla milkshake, though, was phenomenal. Sweet but not overpowering, I could tell they used a lot of ice cream in it as it was creamy, as opposed to the tasteless stuff that you get in some places that is mostly ice. It also came with a few slices of strawberry which was very refreshing.

*Update: I actually came back on another visit and the milkshake was super watered down. Disappointed with the quality control. Would probably give it a third try, but if it’s the same watered down quality, I doubt I will return.