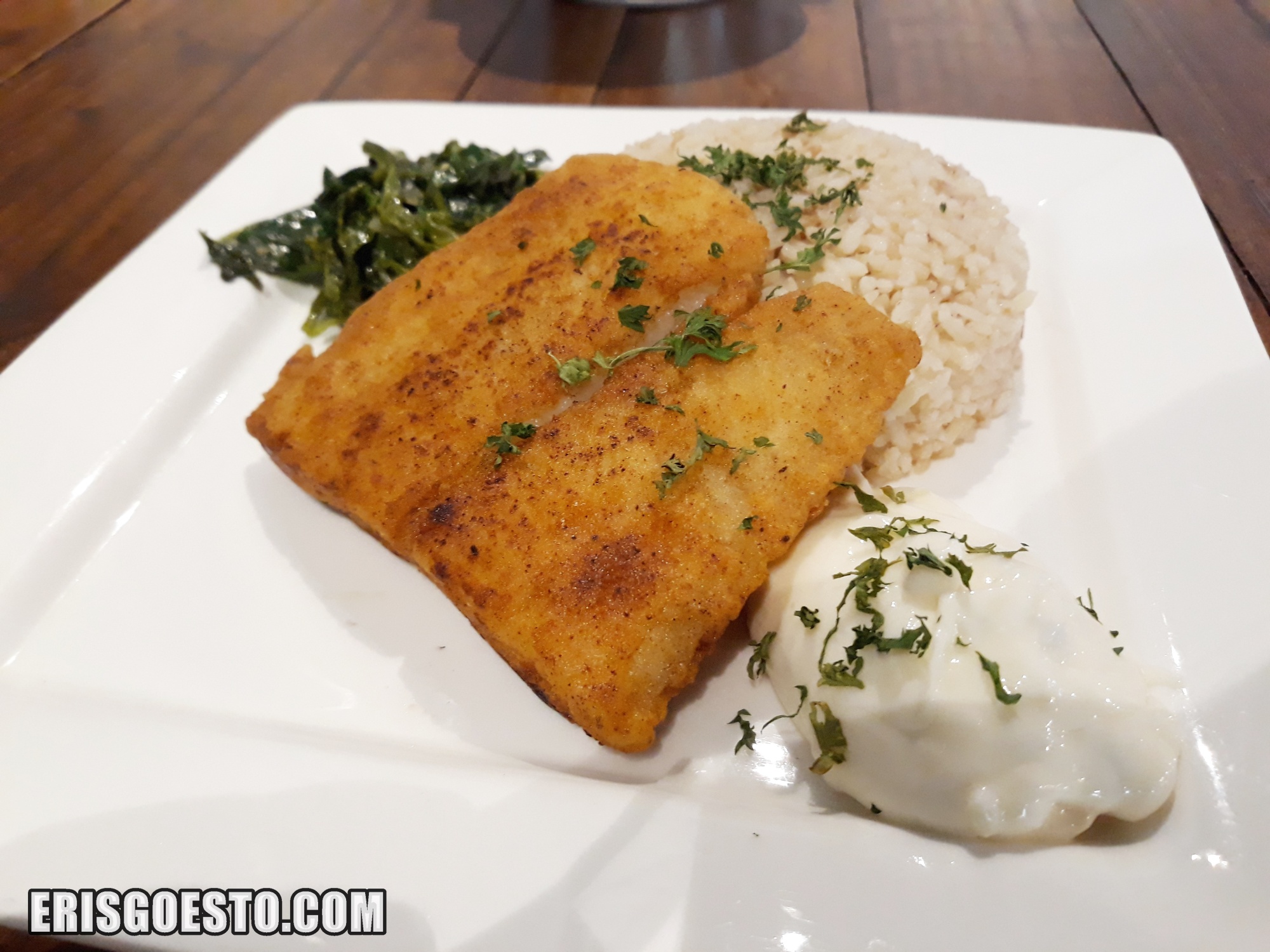 Update: This cafe is permanently closed.

*Came here on two separate visits, because the food was good enough that I returned with colleagues on another day 😀 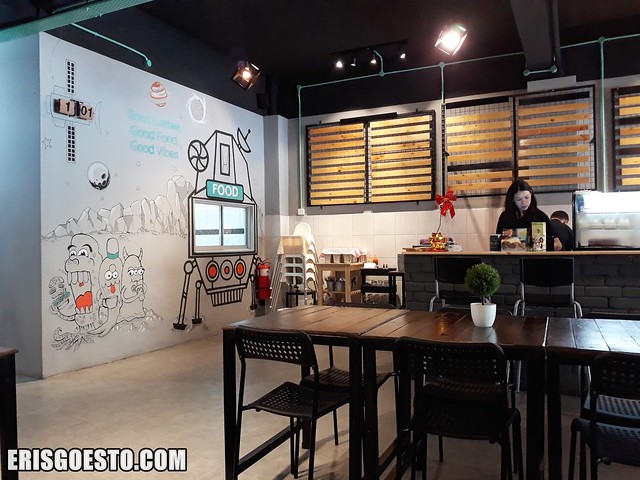 As I’ve probably mentioned a dozen times, there aren’t too many food options around my office. As much as I like mamak food and mixed rice, there are just days when I feel like having something else. One of those days found me walking over to PJ New Town (Section 52) for lunch at a cafe called Crema Crema. Opened just over a year ago, the cosy establishment is located facing the roundabout (same row as Standard Chartered Bank). The inside is spacious, with graffiti touches, wooden furniture and pallets that double as wall menus. 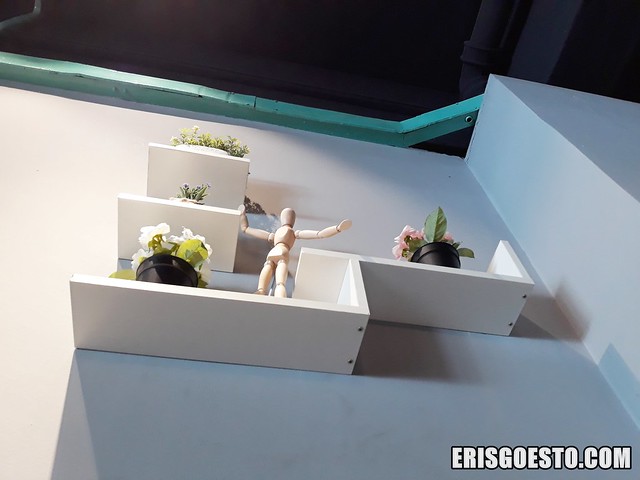 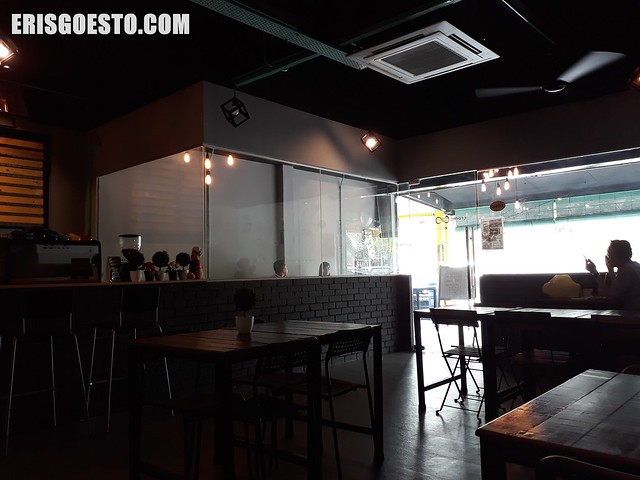 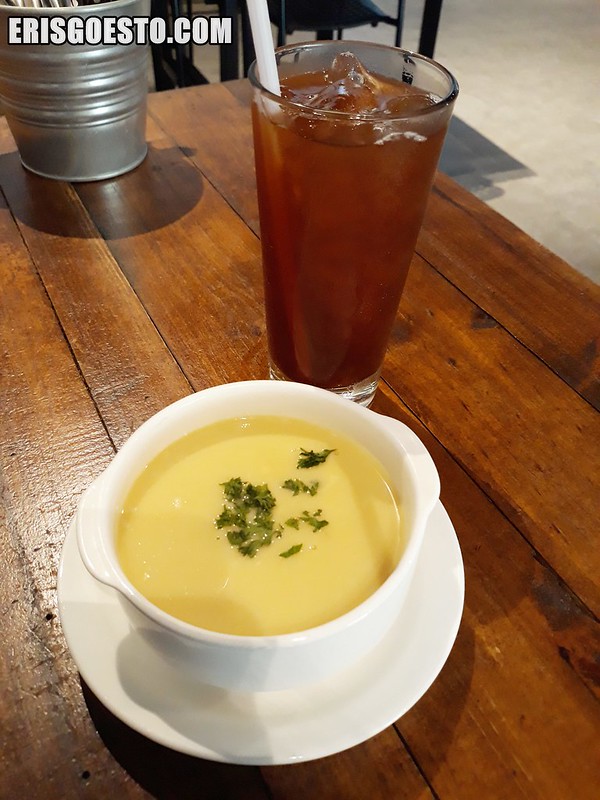 For lunch, all the main dishes on their menu come with soup of the day and a drink at no additional cost. Soup on my first visit was cream of corn, which was sweet but not in an artificial way, creamy but not cloying. Iced tea was unsweetened, which was just the way I liked it.

I ordered the pan-seared fish with cranberry butter rice. The flavours and textures were excellent. The fish didn’t feel like it was frozen: it was fresh and flaky, with a crisp crust that was almost like a thin batter. Seasoning was light but the mayo gave it boost. Cranberry butter rice was smooth although the cranberry taste was very mild. The vegetables tasted homemade; forgot what it’s called in English but the Moomikins likes to use it in soup – has a bit more crunch and body to it than your regular bokchoy or spinach. 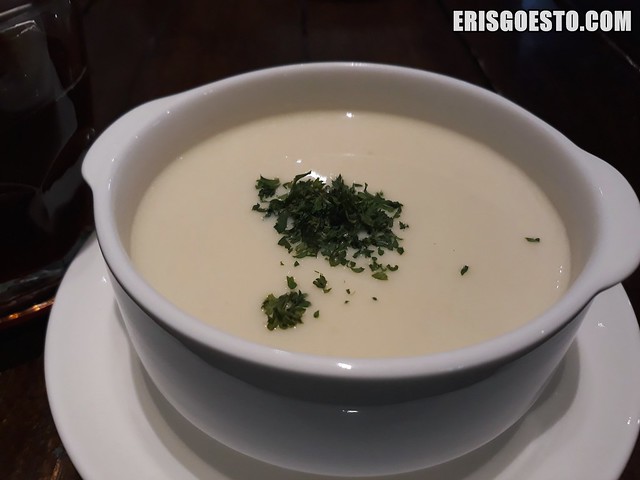 Second visit: Soup of the day was cream of cabbage. Again, nice ratio of creaminess and well balanced flavours – not too salty, not too sweet. 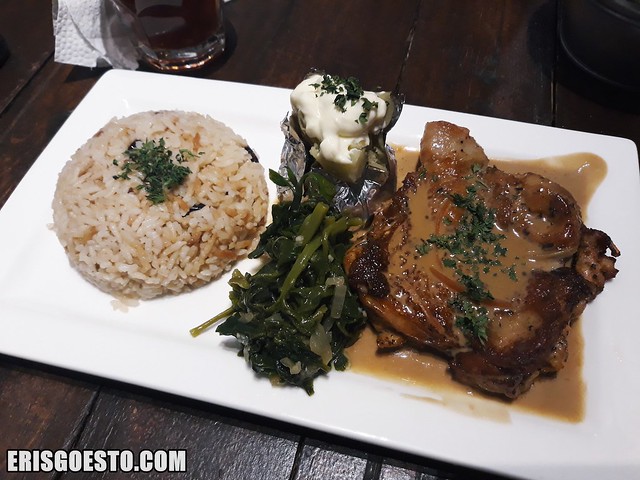 The cafe’s signature is their grilled chicken chop with coffee sauce. It may sound like an odd combination, but the sauce has a nice coffee aroma to it and a slightly bitter tang which cuts through the creaminess and binds all the flavours together. The thigh meat was tender and juicy, perfect for soaking up the sauce. It also came served with cranberry butter rice, vegetables and a baked potato with sour cream – all for RM20. For the price, I felt it was value for money.

Service is warm, friendly and efficient.