On my recent trip to Manila, N’s family took me to experience the largest dancing fountain in the world at Okada Manila, a five-star resort in the luxury entertainment strip of Paranaque. 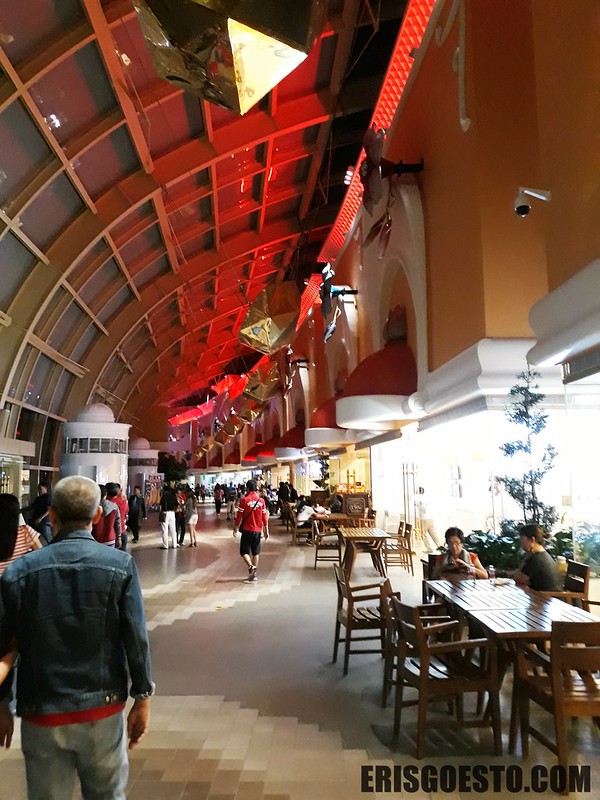 The mall area with its high ceilings reminded me of Marina Bay Sands in Singapore! 🙂 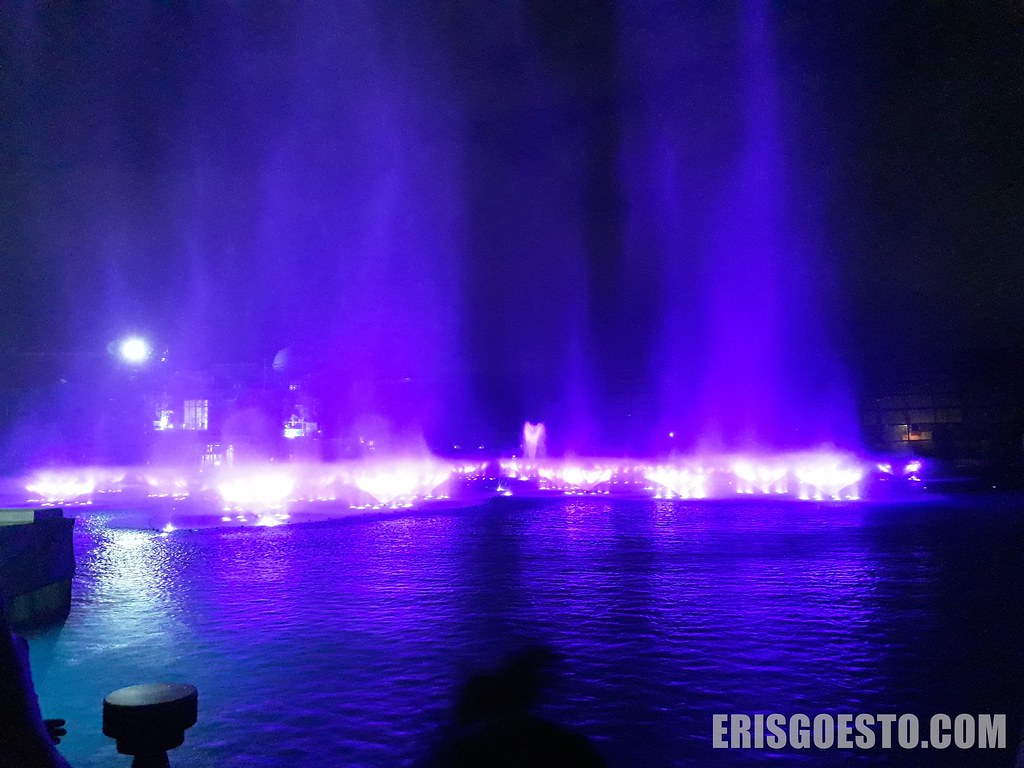 We arrived just in time for the 6PM show, where crowds were waiting eagerly outdoors for the performance to begin. Dubbed ‘The Fountain’, the large body of water spans 37,464 square metres and was built at a cost of US$30million. It holds the title of largest multicolour dancing fountain in the world.

Accompanied by music, the show began to oohs and aahs as the fountain’s 739 water nozzles took turns shooting up into the air, forming beautiful patterns that were lit up by 2,611 coloured lights. The actual ‘show’ lasted only one song, whereafter it was only lights and water with no music. After dinner we also caught the 8PM session which showcased a different song and had performers doing acrobatics on a small stage in front of the fountain. 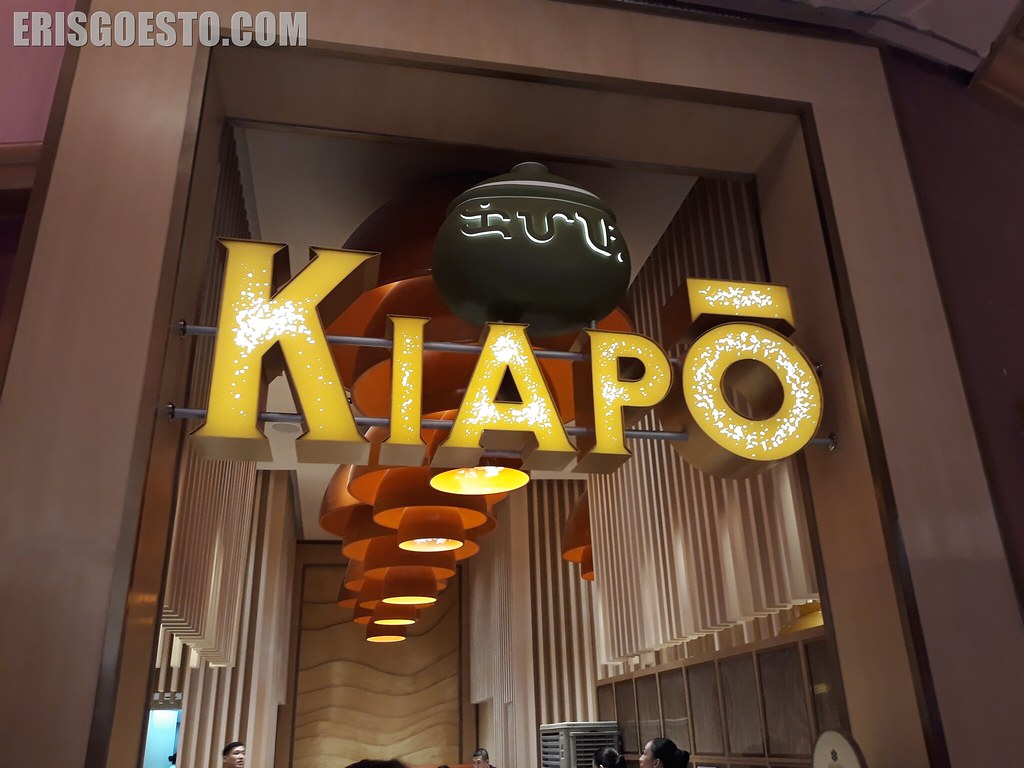 Dinner was at a restaurant called Kiapo which specialises in Filipino cuisine. 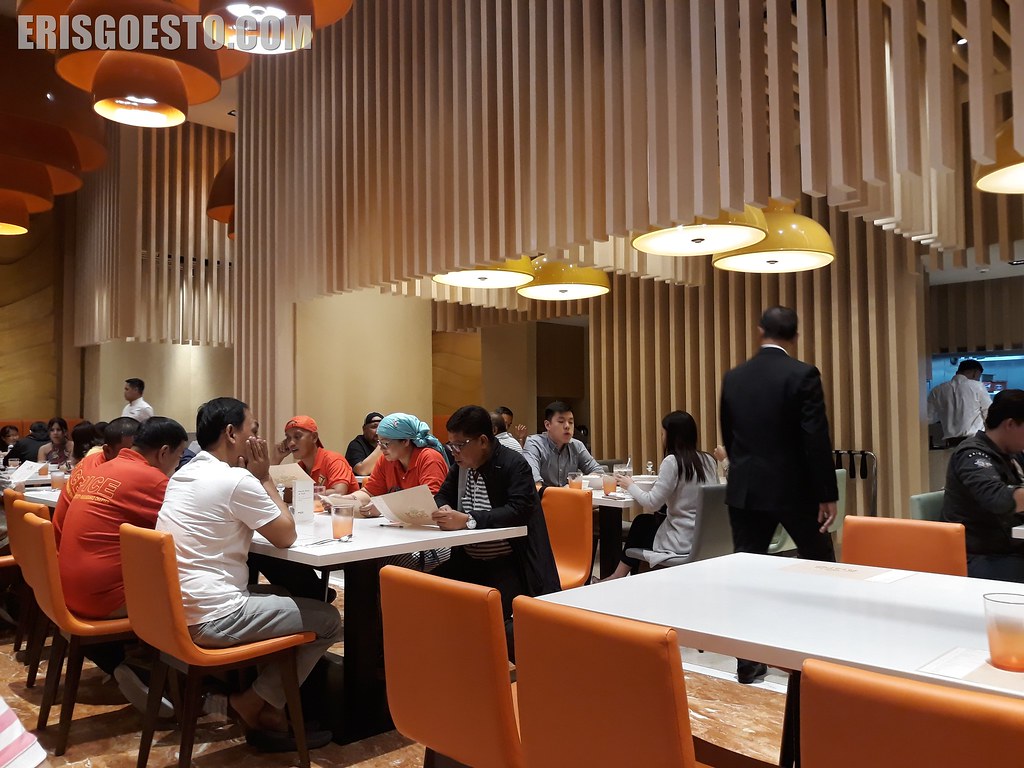 Bright cheerful orange and white colour scheme. The place was packed so service was rather slow. 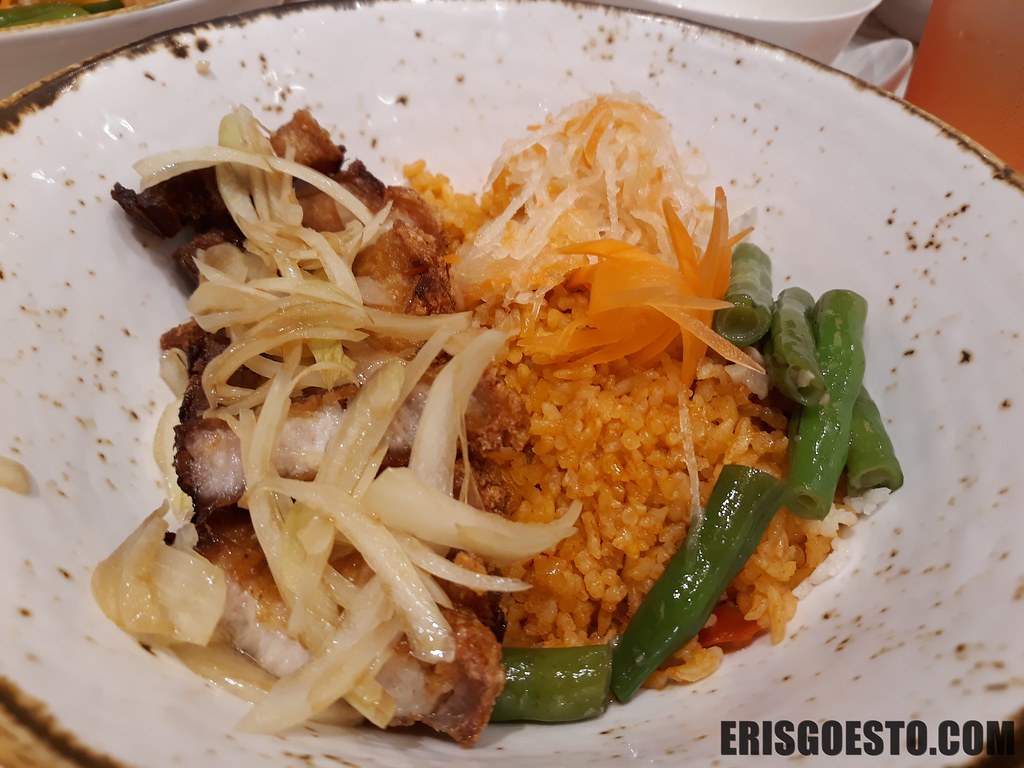 N’s lechon baboy ,which was nice, crispy and fatty. 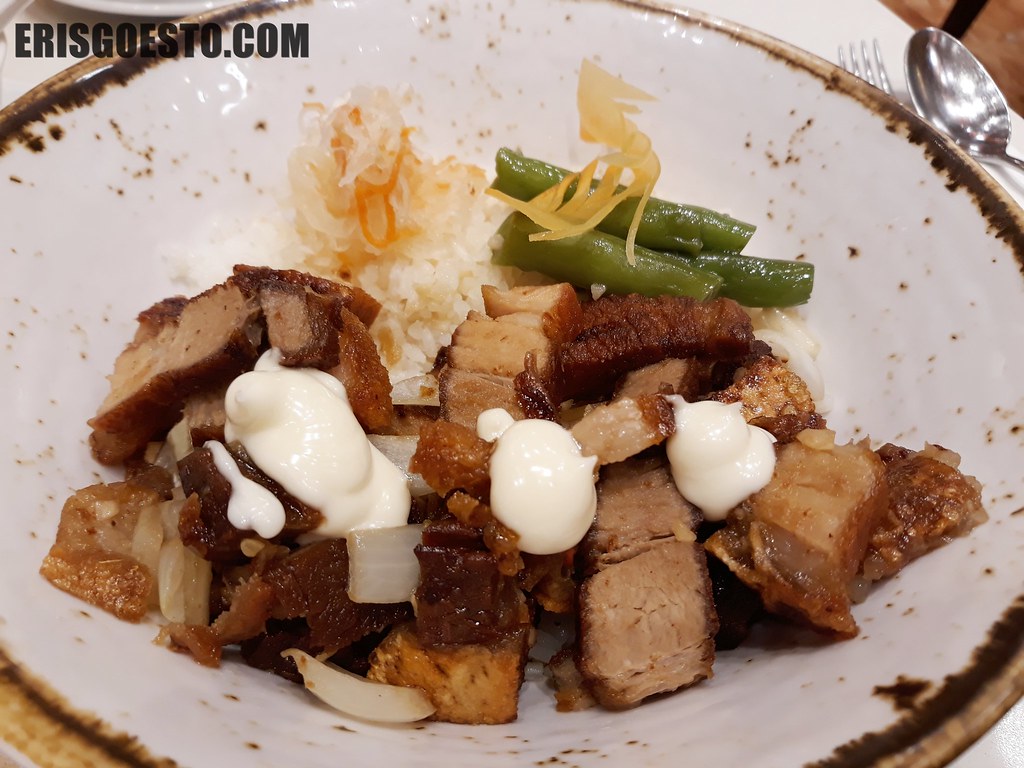 I saw sisig and after my excellent meal at Razon’s, was craving for it again. Unfortunately the version here was super disappointing. It wasn’t that it was bad, it was just not the sisig I was expecting (even N and his family members were surprised). Instead of pork cheeks/jowls/ears, they used belly and the exterior was more chewy than crispy. The only thing I really liked about this bowl was the garlic rice. 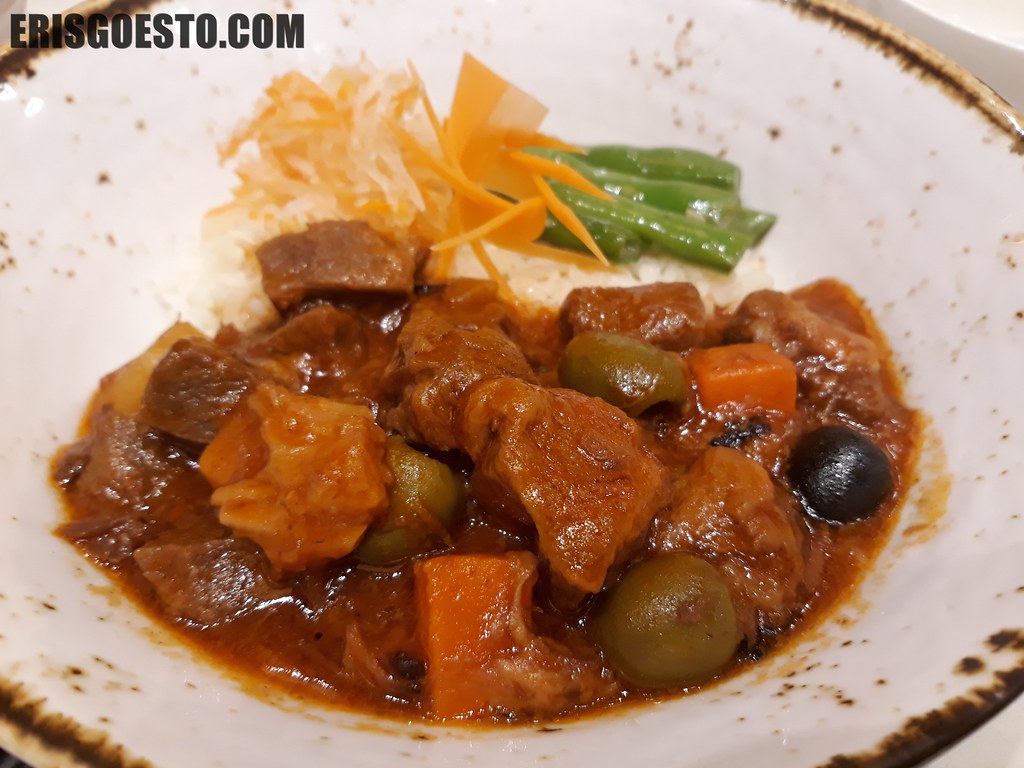 Prices are above average, as expected of this kind of establishment. Expect to be set back by about PHP1500 for a meal for two persons. 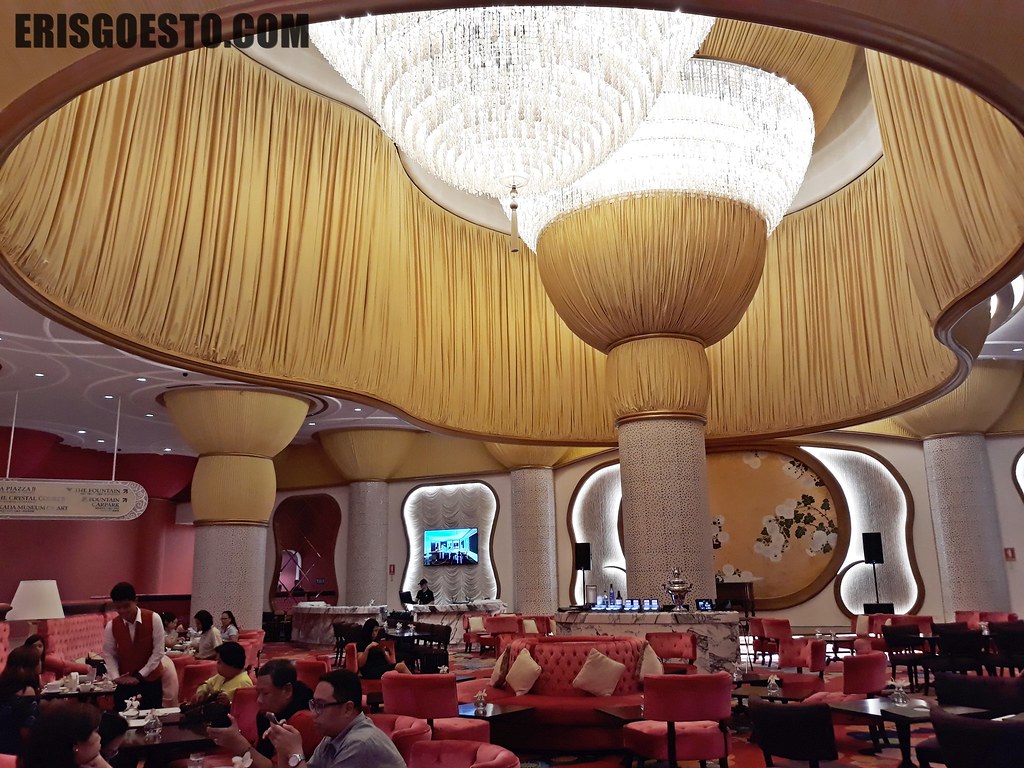 We walked over to the hotel to check out the Christmas decorations. I really liked the pink and gold theme, which looked luxurious but fun at the same time. Would be nice to have a cuppa under that opulent chandelier. 🙂 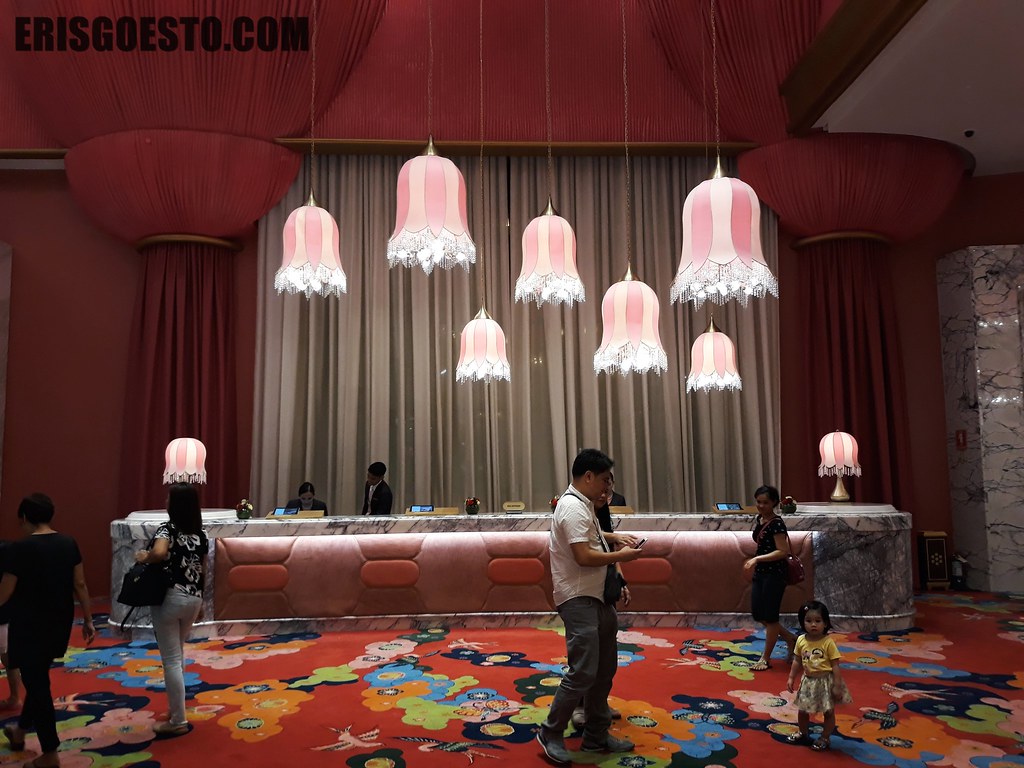 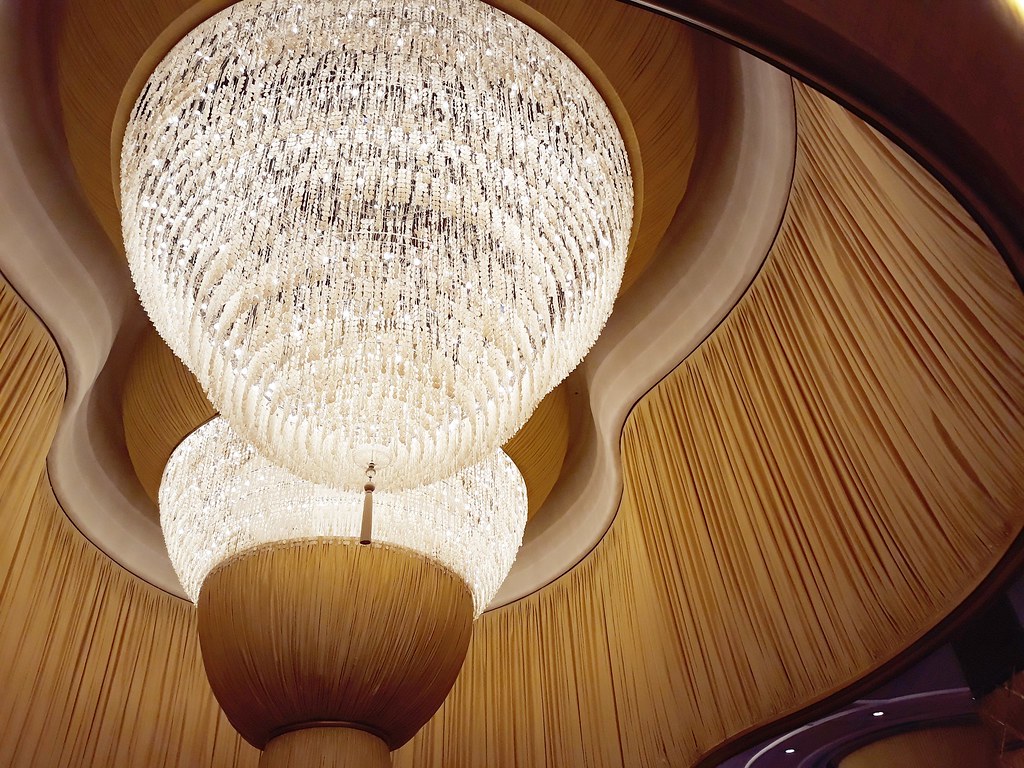 I actually looked up a night at the establishment; it was way beyond my budget, even for splurging. .__. 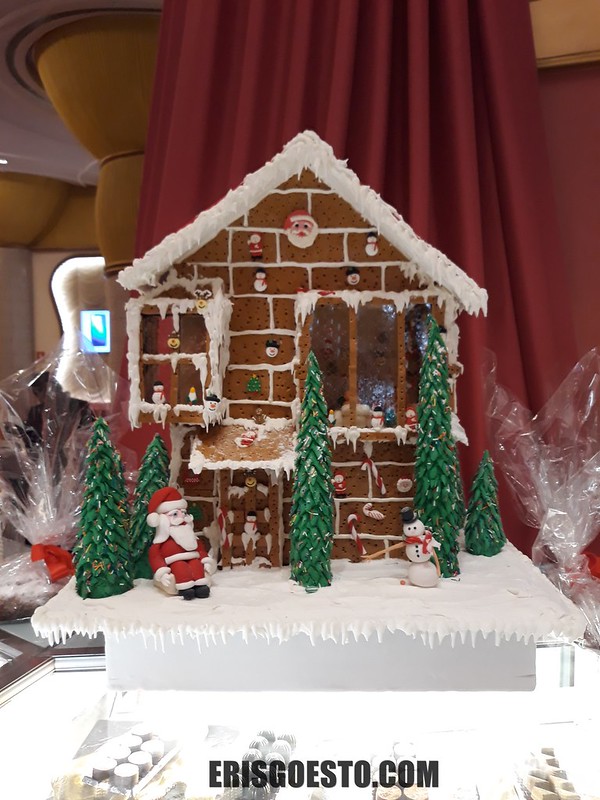 A cutesty gingerbread house in a wintry wonderland. 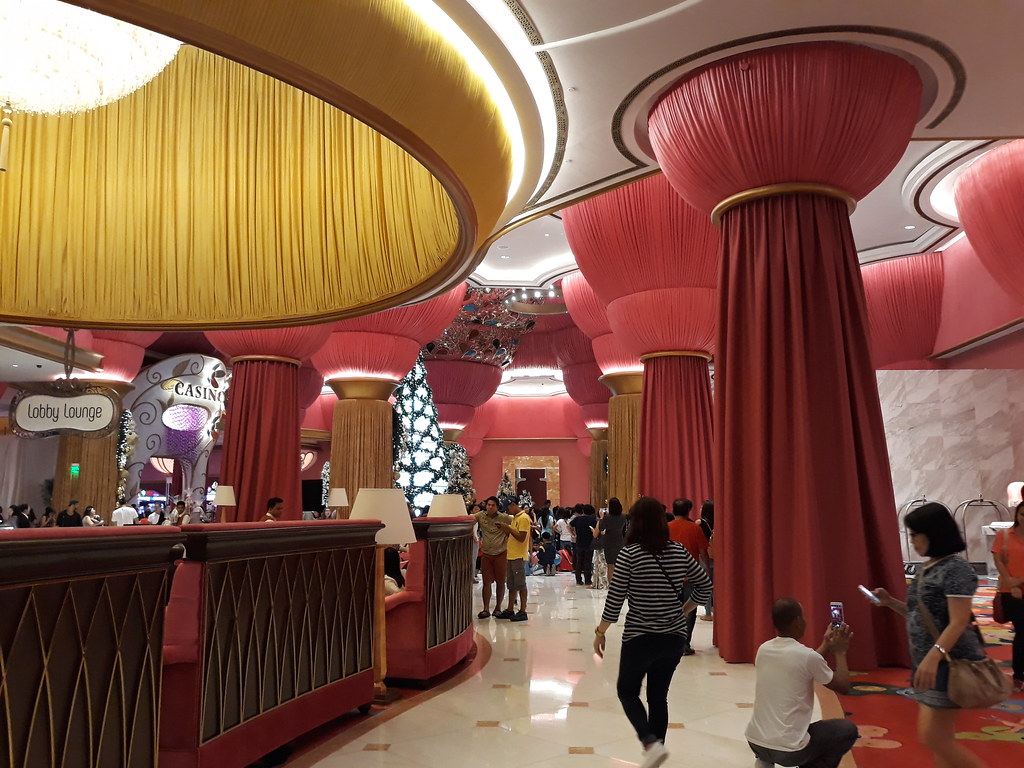 Okada Manila is a nice place to visit, since they have a casino/mall/fountain show/hotel all in one place. Even if you’re not spending money, you can still enjoy the free fountain show/performances on select nights, and enjoy the beautiful decorations.