Food choices are quite limited around my office area, so I was curious to try this food delivery service called Pasqarto when I saw their brochure lying on the pantry counter one morning. Orders have to be made before 12pm, so I tried ringing them on the number.

Five times. Nobody picked up.

I was going to give up but then thought what the heck, so I sent them a Whatsapp, which finally prompted a response. The menu is pretty limited since they only have six items. I opted for the garlic chicken spaghetti carbonara. Food was delivered 1.5 hours later to the office doorstep. 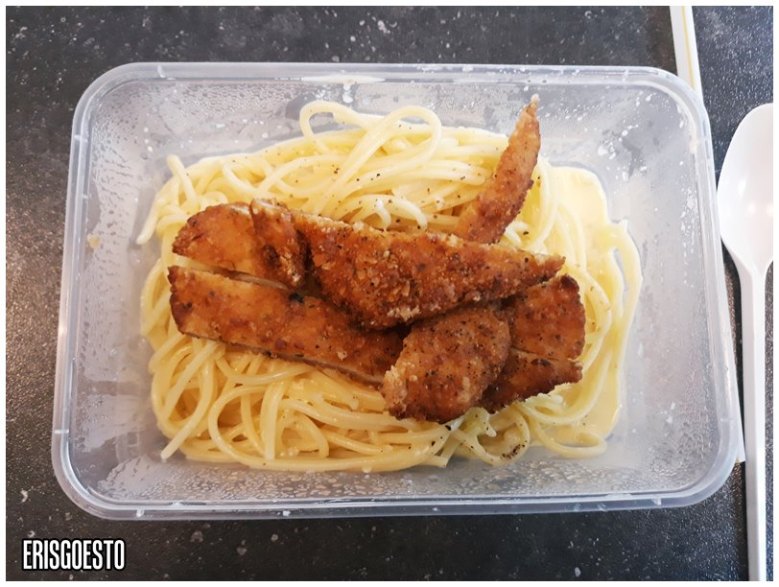 Surprised by the hefty portion! The pasta was al dente and still warm, although the sauce had dried up a little. Overall it tasted nice and homemade. I really liked the garlic chicken strips which were marinated and seasoned well. 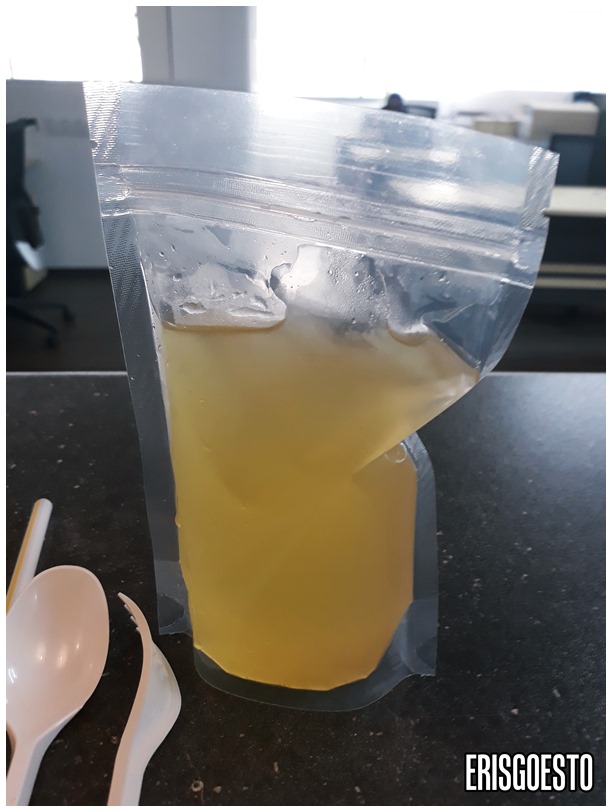 Also came with a complimentary drink, served in a cute baggie. All for the reasonable price of RM7.90. Considering chap fan costs as much now, this is very value for money.

Orders are minimum for two portions and delivery is within Petaling Jaya only.