Taiwanese people love to eat, and they love to eat at night. So what do you get? Dozens of night markets peddling all sorts of goodies until the wee hours of the morning. These are very much like our Malaysian pasar malam, occupying streets and sidewalks that are otherwise normal thoroughfares during the day. You’d have read about my visit to Fengjia Night Market, the largest of its kind in Taichung City, in a previous blog post (link here)

In Taipei, there are also loads of spots to check out, from the ever popular Shih Lin Night Market to the Keelung Temple Night Market, each with their own specialties. For this trip, we were headed to Raohe Night Market in Songshan district. 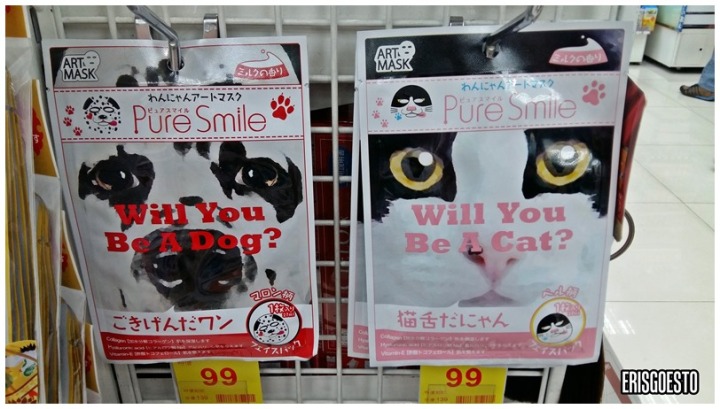 Popped into a pharmacy and saw this – took me awhile to figure out that they were face masks lol. 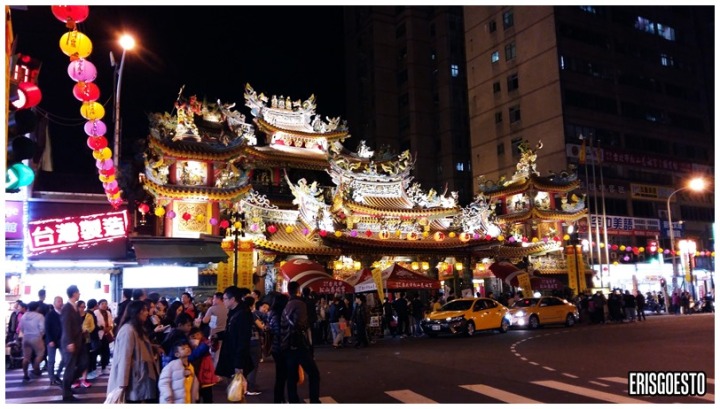 Just a short walk from the Songshan subway station, we came to the street which was bustling with activity, sights and smells. One of the oldest night markets in Taiwan, it measures 600m from start to end, with Ciyou temple (built in the Chinese Qing Dynasty) at its northern entrance. 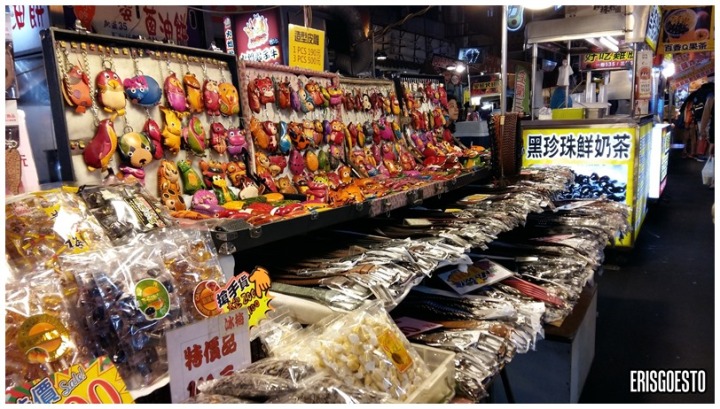 Food displays to entice customers. What with the close quarters, food being placed out in the open and people milling about, it’s not exactly hygienic…but I guess that’s part of eating at a night market. 😀 It’s fascinating to see snacks being grilled on an open fire and served up piping hot on the spot.

Fried shrimp looked good so I got some too…but they lied. Tasteless. 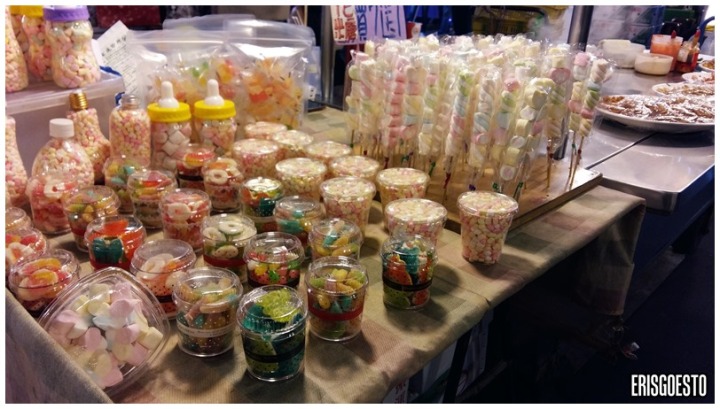 Colourful candy on sticks and in jars. 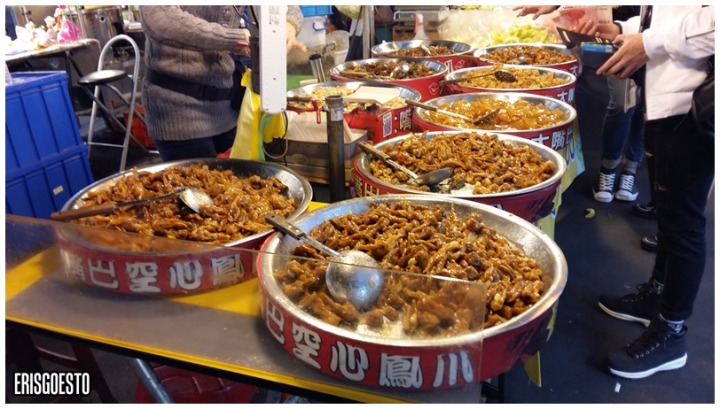 Assorted braised goodies. Braising in dark sauce (lou) is like a thing in Taiwan.

And finally… the famous (or infamous?) stinky tofu. I’ve tried it once (read on my first experience here), and I was curious as to how different it would be in Taiwan, which is like, the home to stinky tofu lol. Despite its awful smell, it has a weird addictive quality. As my bro puts it, the more you eat it, the more pleasant you find it. Which is true tbh.

We got one from a stall (you can smell it from a mile away), which was deep fried and served with pickled vegetables, a dash of chilli oil and seasoning. Fluffy and crispy on the outside, the tofu was soft and spongy on the inside, with a distinct, fermented taste. I can’t believe I’m saying this but I’m actually missing its taste as I write this, haha!

Pretty lantern displays outside the market.

Getting to Raohe Night Market is easy; just hop on to the Green line and alight at Songshan station.

One thought on “Eating Stinky Tofu (and a bunch of other stuff) @ Raohe Night Market, Taipei”