Happy Wesak Day! Today is an important day for Buddhists as it marks the birthday of Buddha. The fam and I thought of going to the local mall for some porridge, but the roads were packed with cars heading out for prayers/processions (+ the usual mall crawl), so we went to Bandar Puteri instead. Spotted this new restaurant called Vietnam Dien Hen, and since my parents haven’t had Vietnamese food before, we decided to give it a try.

Place was very warm since they didn’t have air-conditioning – but it looked really homely, like we were in someone’s house. There was even a baby hammock in one corner. The walls were decorated with small Vietnamese items like leafhats and paintings.

One side of the restaurant was stocked with Vietnamese snacks, instant noodles and food items. The owner is Chinese, but I think he married a Vietnamese lady as there were kids sitting at the table speaking Vietnamese to the mum (and an older lady whom I presume was the grandma) while they played games on their gadgets and watched Cantonese dramas on a small TV mounted on the counter. 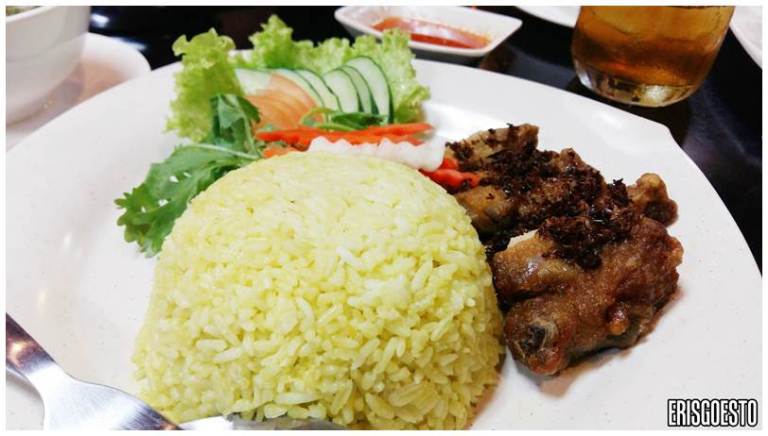 I wanted to get Banh Mi (Vietnamese sandwich made from baguette, stuffed with veges and sliced meat) but was told that they had run out – so I got lemongrass chicken rice instead. The dish was nicely presented – not fancy, but colourful and done with thought, such as the way they  sliced the tomatoes and cucumber into thin strips. The lemongrass fried chicken was decent, but I loved the butter rice which was fragrant and yummy. Could have eaten it on its own! 🙂

They also serve the meal with a bowl of soup and tea. 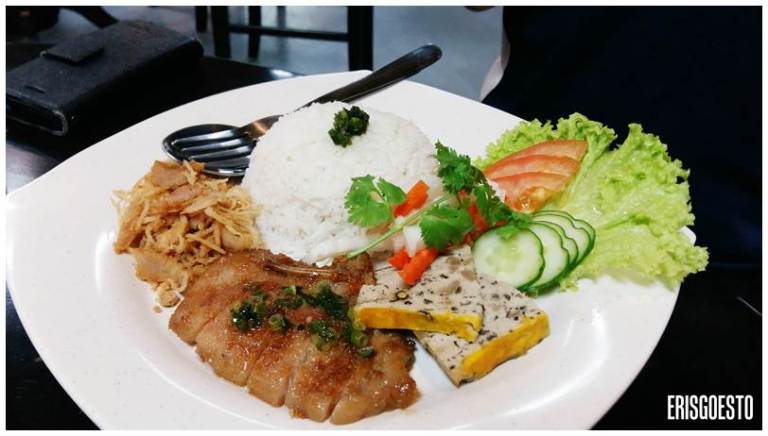 Dad’s pork chop rice had pork done in three styles: thin, dry strips; a juicy grilled patty, and pate which reflected the Vietnamese-French heritage. The strips tasted like bacon but less salty, while the pate was well-spiced with an eggy aftertaste.

Last but not least, mum’s Claypot Lemongrass Chicken Rice. Meat was tender, broth was strongly infused with the flavour of lemongrass, but a tad too salty.

From what I can see, the place is pretty popular with the local Vietnamese community, as they made up most of the customers. And you know what they say about a restaurant – if you want to know whether it’s authentic, always see if the natives are eating there.

Prices are RM10+ for dishes, and RM6+ and above for the Banh Mi. They also serve snacks (rice rolls, deep fried spring rolls) and noodles.