Went out for dinner with the fam and checked out this new place called Leong Kee Hometown Cuisine in Bandar Puteri, Puchong. The resto serves a mix of Hakka dishes such as Yong Tau Foo (veggies/beancurds stuffed with fish paste), fried pork, and items like pork stomach soup, wantan noodles, and more.

I didn’t feel like having rice, so I got the wantan mee, which came bathed in a dark soy sauce. The noodles were okay, but the soy sauce felt too watered down and the caramelised roast pork (charsiu) on top was too fatty and oily. The only saving grace was the wantan dumplings that came as a side in a soup.

The fishcake was pretty tasty. Thin, crisp coat and bouncy flesh. Would have been great with chilli dip.

The ‘house special’ pork stomach soup was disappointing. Cooked with pepper to get rid of the strong offal smell, pork stomach soup is great comfort food if done well. The version here though, was tough and rubbery. 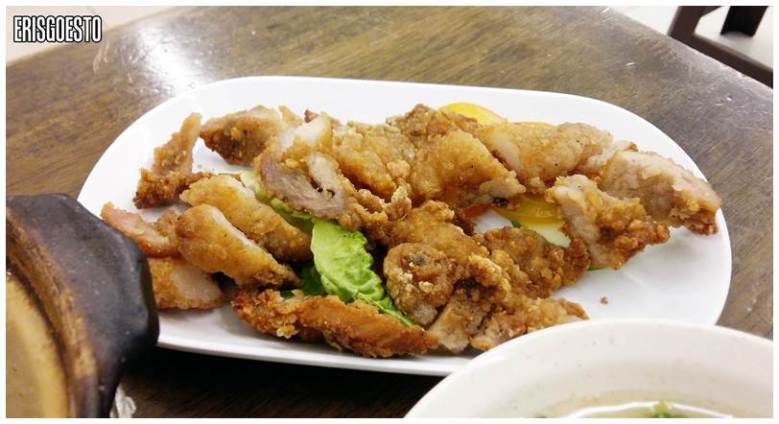 The Hakka fried pork was yummy, had a strong flavour of five spice, and had a good balance of lean and fat. You could tell they were heavy handed with the seasoning though coz everyone was thirsty afterwards.

The bill came up to RM60+ which is standard pricing for restaurants in Bandar Puteri these days. The food quality was okay, but there are nicer restaurants in the area around the same price range. Looks like a one-time visit for me.