The day we were due to fly back to KL, we arrived at the Penang International Airport earlier than expected, so while waiting for the flight, we chilled at a place called Kaffa Espresso Bar. 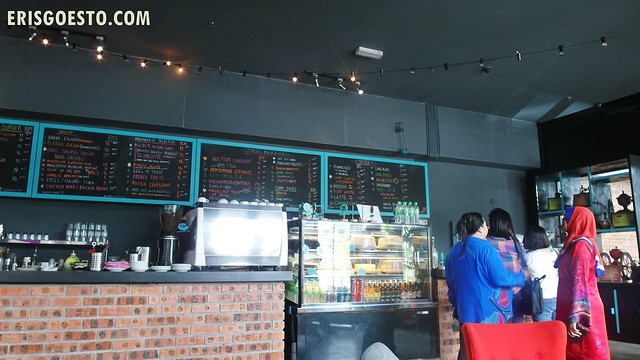 According to their website, Kaffa’s concept revolves around ‘leisure through espresso and good food in a vintage American-themed setting that lets you reminisce the glory of the past.’

I can’t say it reminded me of the past, or stood out for being distinctively American. I DO like their deco, which is hipster-ish: lots of wood, bricks and clean black.

They also have another branch in Penang’s Georgetown, and Damansara Uptown in PJ. 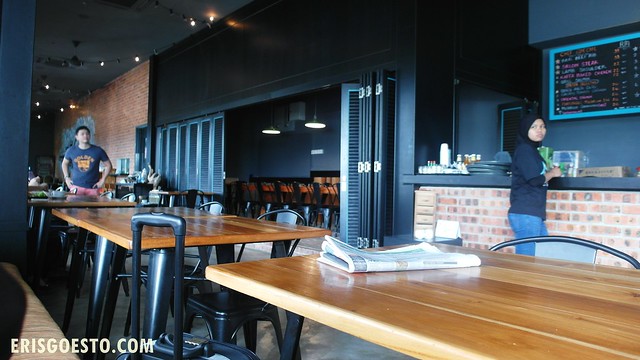 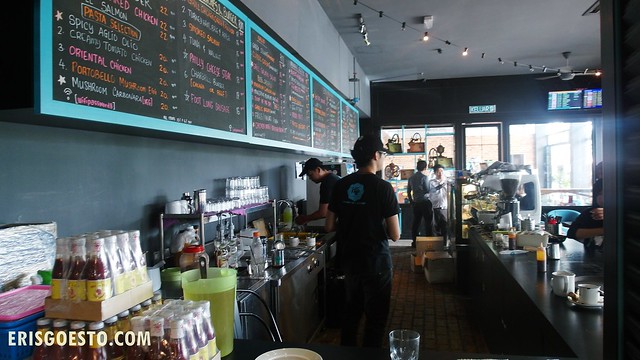 The staff was friendly enuff, but the cooking time took forever. I think we waited a good half an hour even though the cafe was fairly empty. 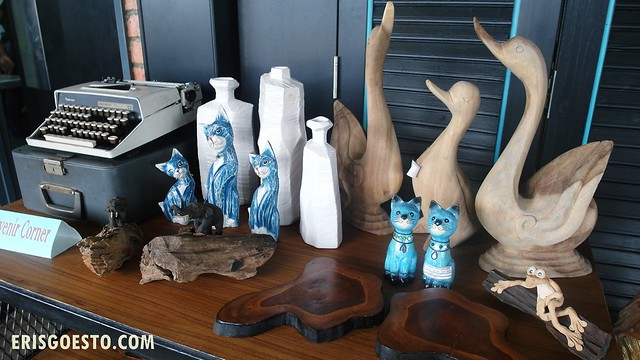 Cute decorations abound! Some were also up for sale. 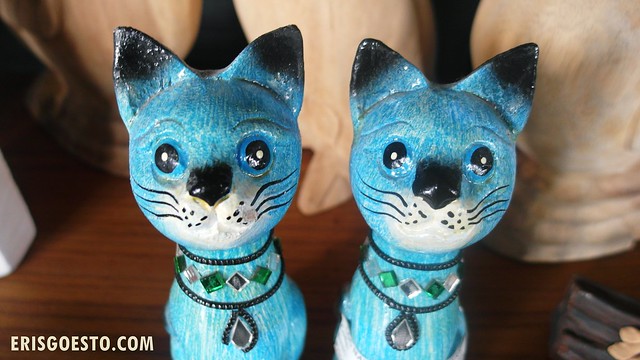 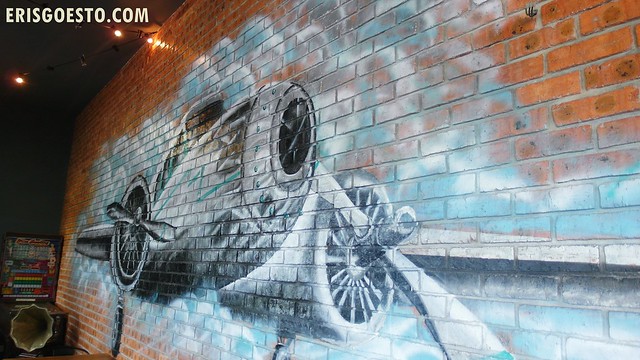 The brick wall was painted over with a chalk mural of an airplane. 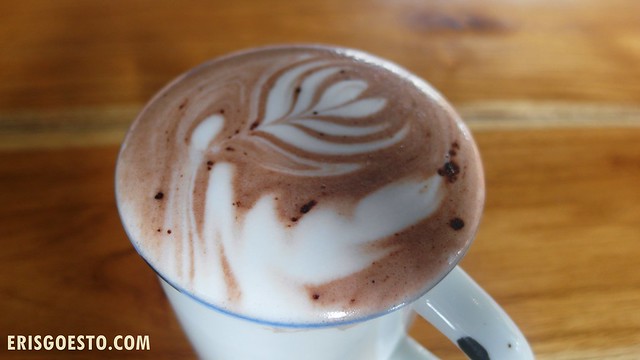 Ordered a hot chocolate, which was thick and creamy, topped with swirly art. 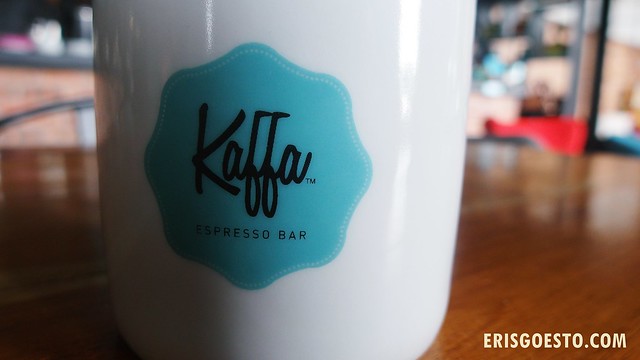 Soup of the day – pumpkin. Thick, rich, creamy without being overpowering. Great to warm the tummy! 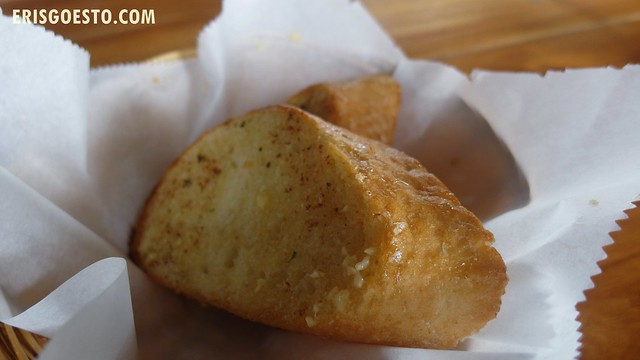 Crispy on the outside yet soft and fluffy on the inside garlic bread. The portion per slice was bigger than usual.