Been some time since I last chilled at a cafe, so I decided to stop by at Mbuji Cafe while I was shopping at IOI Mall, Puchong. 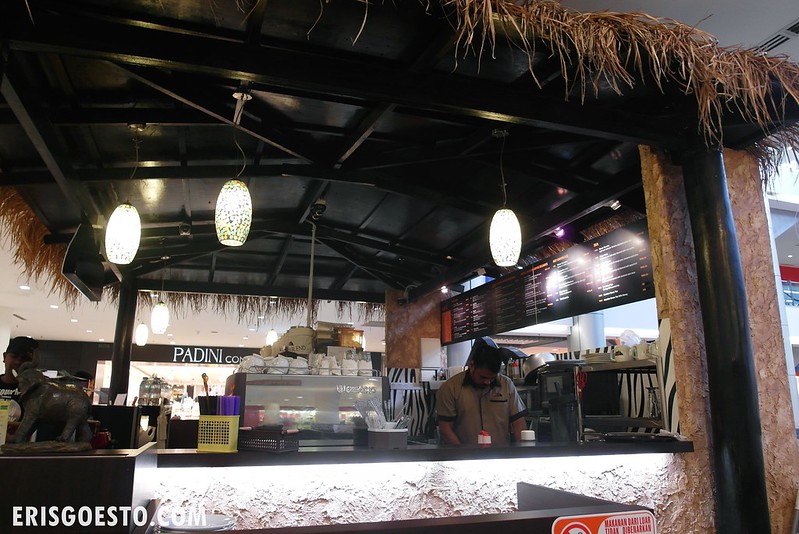 Mbuji (pronounced as Boo-Ji) Cafe doesn’t have an actual shop/walls. It’s basically an area in the middle of the shopping mall’s first floor, where they make the food/coffee, with a few booths and tables. As you can probably guess from it’s name, everything is themed around an African safari. The seats are either wooden or covered with zebra patterns, and an ostrich and a few other animal statuettes greet visitors at the entrance. The kitchen area has a thatched roof made from straw.

The zebra cake attracted me with its black and white icing. It was actually just strawberry/chocolate/butter cake. The colouring was a little too bright for my liking, but the cake was moist enough. The icing was too sweet and artificial – more sugar than cream. Nice to look at but taste was so-so. 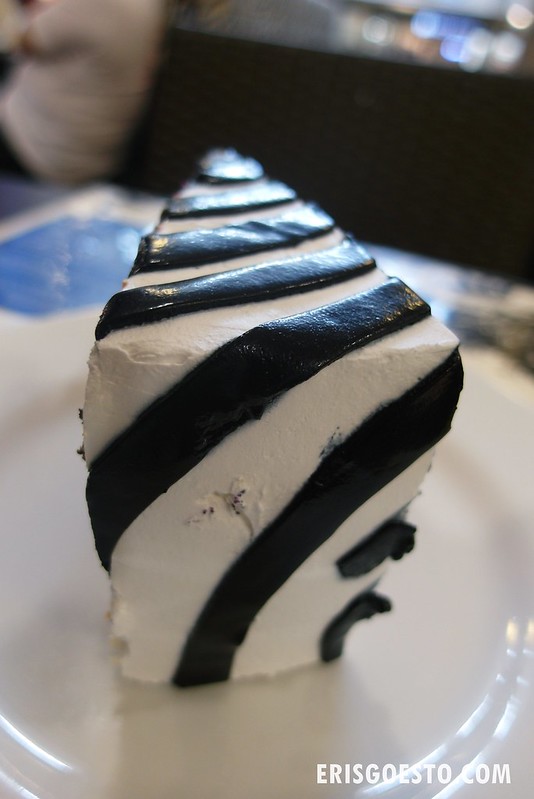 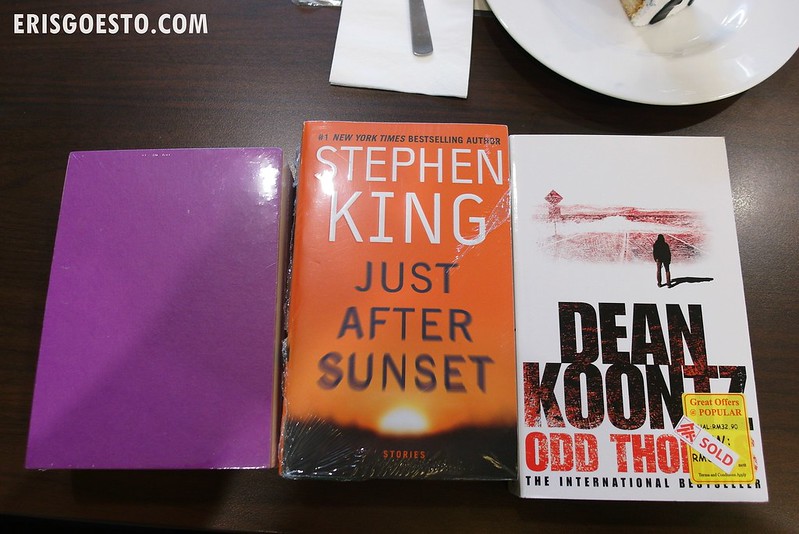 I got impulsive again 😦 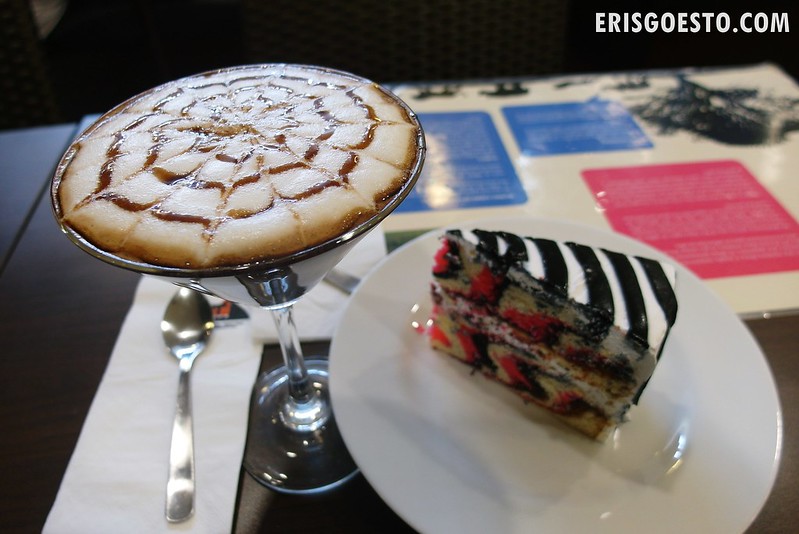 The coffee served at Mbuji is pretty good. I had Caramello (RM14.90). Apart from the vanilla coffee, the caramel on the foam actually had a slightly sweet alcoholic overtone.

They also have outlets in Sungai Wang and TTDI. I’d say pretty good coffee and a nice place to chill. 🙂