Ten years ago, places such as Dao Rae, Bulgogi Brothers, Seoul Garden and Ko Hyang would have been non-existent – but thanks to the boom of Korean culture, Korean cuisine has found its way to Malaysian shores.

I had rare time off on Sunday (I’m usually working or preparing my notes for Monday’s classes.. but since I sort of finished them in advance) so I went out with Mi for lunch at Sunway Pyramid. She didn’t feel very hungry so she had a bagel. I had an urge for some Ramyeon (Korean springy noodles that have a texture similar to Maggi) so we dropped by Ko Hyang. The stall is small with barely ten tables outside, taking up half the corridor. We were lucky to get a seat. 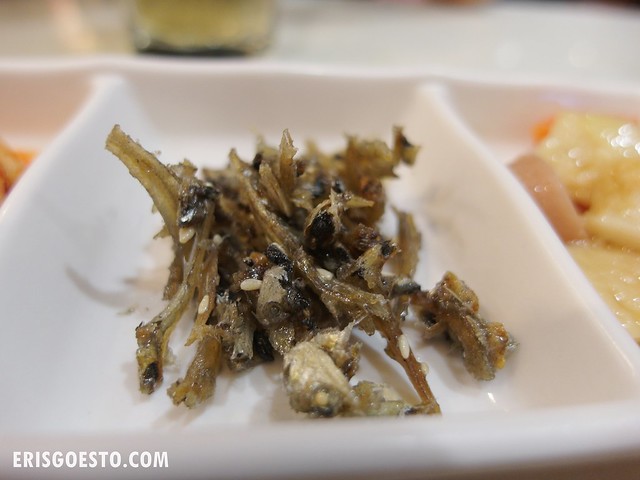 I always have Ramyeon from Ko Hyang whenever i’m at Shaftsbury Square in Cyberjaya. They also serve other dishes like Bibimbap, Pa Jeon (Seafood pancakes) and Mandoo (pan-fried dumplings) but because most of the cuisine involves vegetables (which I’m not a fan of) , noodles are about all I eat here. The quality at the Sunway outlet is good as well. 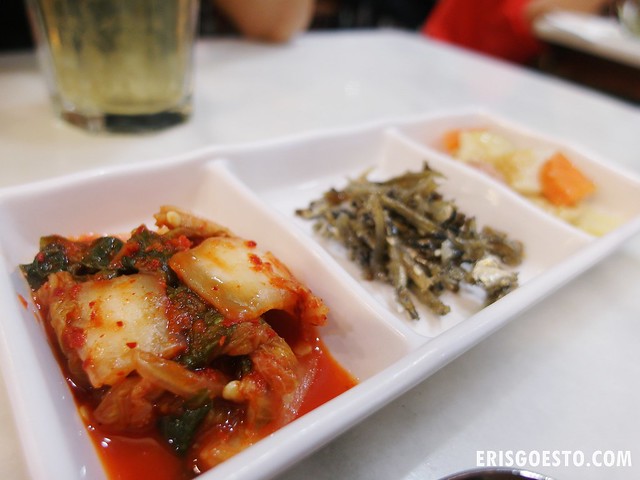 Banchan (side dishes) comprised of small servings of kimchi (spicy pickled cabbage), anchovies fried in a sweet sauce (very addictive!) and a stir fried dish tossed in sesame oil and made up of carrots, sausage, beancurd and cabbage. 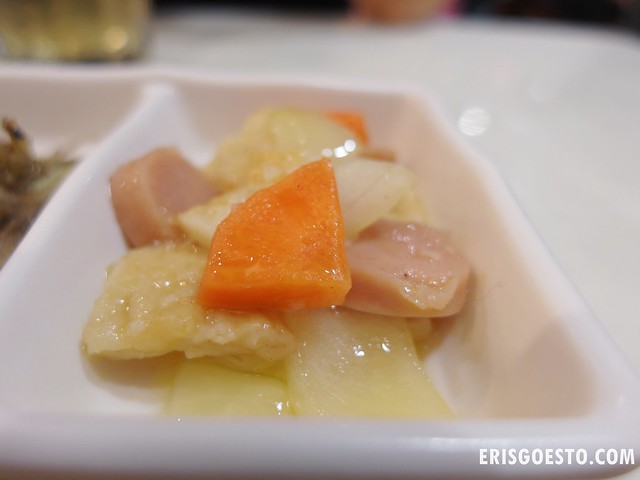 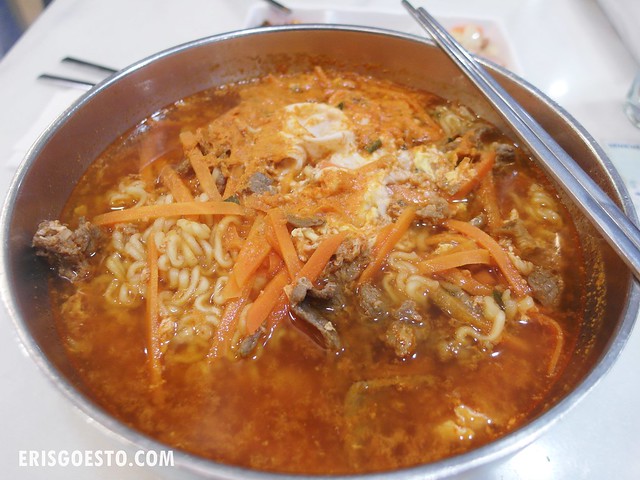 My main meal! It was served in a large aluminum bowl. The portions are large and for small eaters, I think it can be shared between two persons. Patrons can opt for several options, including beef, chicken and seafood. I had the beef, which was cooked to tender, chewy perfection. The noodles were also springy and still al-dente, which is just the way I like it. I don’t like noodles that have been cooked too long because they taste all soggy. It also comes served with egg and sliced carrots. The soup is savoury sweet and so nice to gulp down on a cold day! 🙂 Definitely comfort food material.

Price is about RM13, and RM3 for my iced green tea.